My T2i stops filming after a minute or less. 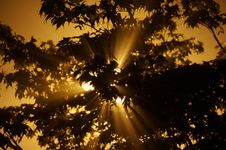 What is the write speed of the SD card you have? 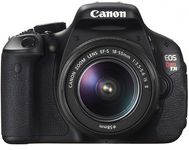 FYI: Class # is the Write Speed.

I'll also pull in some info from a previous help too: "

If your camera is not blinking a red non-circular icon, then it's probably the camera overheating, however it shouldn't be happening on a EOS 60D [Edit: In this case, a Rebel T2i], so I believe it is a SD Card issue.

if your SD Card is Class 4 and below, DO NOT use it to take video, it's not possible [Edit: in this case, this is not applicable]. Get a SD Card as said above with Class 6 or above, [It is commonly symboled with a C wrapped around the #6 or #10], I recommend Class 10.

The Class represents write speed, so the higher the write speed, the better performing the SD Card is during a video or photo shoot.

As a reference, the symbol is like the ones in the green circle, make sure it is #6 or #10 in the C:

*These SD Cards in the image is outdated so don't buy one of these, buy the ones on store shelves.

As a personal recommendation:

I highly recommend a Sandisk Extreme (Class 10) SD Card with at least 30mb/s write speed (Cost for 16 GB or less is below $28, black friday deals could push a 16GB into the teens so look out for deals). I had bad experiences on Transcend and PNY Class 10 Cards (the Transcend was a waste due to it being all dead and lost a week worth of shooting; the PNY decided to not work with video for about a month).   "