How do you crop on a T3i. I want to do it in the camera, not on Photoshop Elements 8.

Why? You might not like that decision later when you need to make a print in a different ratio but can't because you framed the shot too tightly. I do not recommend doing this.

Hello Cicopo, i own a Canon elph HS where if i want to ZOOM a Image in & Trim it i am able to. I tryed doing it on my new Rebel T3i and according to the Manual i see the trim method being available Via Picbridge(printer port) My printer does not have picbridge. I would like to be able to use the "Trimming" option available with my little Powershot,is it possible with my T3i? Any help would b greatly appreciated. Thank you.

I can't learn how everyones camera works and then do a better job of explaining the manual than the way it's wrote or even keep up with all the new features newer cameras have, and generally speaking wouldn't be of use to me. I don't use the different modes offered such as Sport or Landscape etc because I have a good understanding of what it takes to get the shot & how to set my cameras to do that. However one thing I have learned & will share is that you can't go back later & get the same shot so PLEASE set your camera to save large high quality files & don't frame too tightly. Some P & S cameras seem to use a 4 X 5 ratio (the sensor) which makes for perfectly framed 8 X 10 prints but DSLR's (or at least Canon & Nikon) use a 2 X 3 ratio which makes an 8 X 12 print SO if you shoot a family group photo & frame tightly to the sides of the people at each end it WON'T print properly as an 8 X 10.

Although I have Photoshop & use it for many things my preferred cropping software is Picasa, which is a free download that offers the user easy editing tools including crop tools. Make the crop, export the new image to another folder & then use the UNDO CROP box to return the file to normal. You don't have to di it right away, it's always available later so you can crop differently or in another ratio. 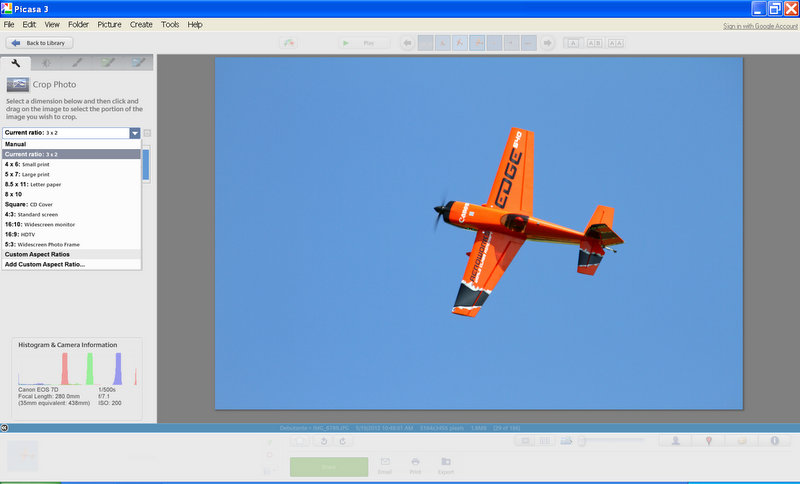 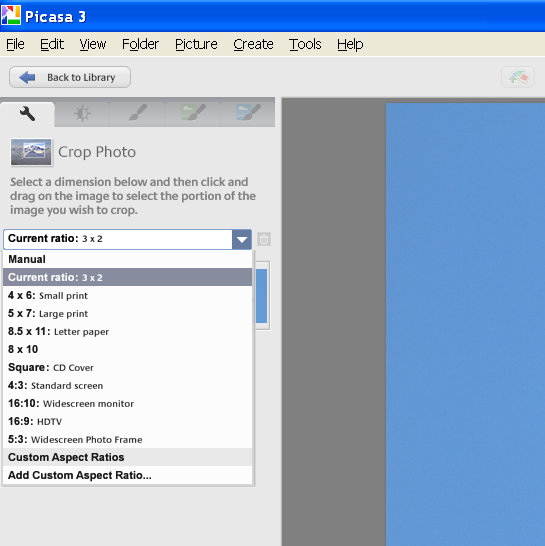 Hey Cic thanks for the fast reply,However i was talkin trimming an image as opposed to cropping.Trimming allows u to take a shot lets say about 10 feet away and then ZOOM in to bring the subject closer. I have uploaded a shot that i trimmed with my Canon Elph to help u better understand what im trying to acheive with my Canon Rebel DSLR T3i. Here is an example. 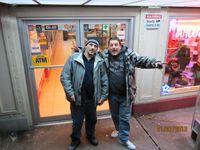 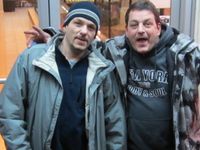 I totally understand what you're trying to do but it's so easy to do in computer I don't see why you prefer in camera. If you can do it in camera are you still saving the full file later just in case you need it in a different format?

YES absolutley,i always keep the Original Image and rename the Edited one

Will Piasca allow me to do this? If so how? Also do u kno if its possible to do on the T3i Rebel? I also tryed trimming an Image in Photoshop and it allowed me to ZOOM in and save it with a different file name,but upon opening them both,they were the same. Then i had to put the SD card into the Cano Elph to perform the task i just Displayed in the 2 photos i posted. The software provided on the Canon disks that come with the camera also have a few editing programs but im not sure which one will perform this task.

There are quite a few,Zoom browser EX,Canon window,,etc.. I just like to kno if a get  a shot where i want subjects to appear closer i have the ability to do so,,thanks in advance!

Hi Steve,
Cicopo is right. Trimming is the same as cropping. You are not "zooming" after you have already taken the picture; you are just throwing away pixels and losing data. If you have a computer and Elements I would never do it in camera. We are talking 3 inch screen vs 23 inch screen. And we are talking full keyboards and mouse vs. a few tiny puny buttons and arrows on a T3i. Not even touch screen.
Also, I would consider buying Lightroom. It does basic editing faster than elements and it helps you organize and store the pictures too.
Scott

There are many ways to save a file using Picasa & people will have different attitudes on what works best for them. Having used Picasa for many years it's my cataloguing system as well as my general editing program & unlike the majority of us here I rely HEAVILY on being able to work with jpg's but I always shoot both large fine jpg +RAW & save everything usable. During the summer I shoot up to 2000 frames on an event weekend & no more than 20% will likely be used but they will be used at a lowered resolution in on line albums & I like to get them on line before the next event. Most need cropping so I export my edits to another album & it uses the same file numbers but under a different folder name. For example original folder name is IMAA Giant Scale Fun Fly 2013, my first set of edits gets named IMAA Giant Scale Fun Fly 2013 Edits. I'll then export that set to another album & lower the resolution & files max width plus add my copyright info so they can be uploaded quickly & viewed easily on anything other than dial up. I'll rename that album the same as the original but either add UL (for upload) or LR (for low resolution) so I always know which files are high res vs those that aren't.

You can however export back to your original album & Picasa will add -001, -002 etc to the file names so you know originals from edits. You can rename any of them once they are in whatever album using many methods but the easiest is by exporting to a new album & then renaming using a batch edit from the top menus.

By NOT renaming my files I can find an original when needed by getting the file number from the on line album, most of which are shared with a lot of friends who will request copies.

YES, I See your method & it makes sense to Create new Folder & keep file name the same upon edit & import. I dont shoot no where what u shoot.However its a good idea and  I will use this practice when ever doing batch files in the future. I will still wondering if the T3i has trim & save capabilites like the Canon Elph P & S does in the Images i displayed above. As i said earlier it does explain a Trim process on page 243 ( Canon EOS Rebel T3i/EOS 600D ) User Manual but it looks like it can only be done during Printer setup/Options?? is there a work around to have the ability to select an Image at Random & for pete's sake just trim it to my Likeing?? the Original image always is saved so nothing is lost in the event i want to view the Original shot.

To simplify things i just need to kno if i can do the same thing with my T3i that i did with my Little Canon Elph ( Image example is showed in a few posts up) thank u.