[6D] stop the GPS battery drain with the OFF switch 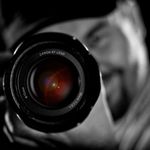 PLEASE someone tell Firmware team to make the 6D STOP draining battery while OFF.

I noticed that even while the camera is OFF (Hardware Switched OFF) the GPS is still draining to battery.

6 people had this problem.
Me too
2 Likes
Share
Reply
13 REPLIES 13

Yes, this is what everyone was hoping they'd fix with the first firmware update.  Seems they decided to pool their resources and tackle that horrible issue with the Date/Time/Zone values resetting themselves.  Glad they got that fixed.

No doubt about the white balance button.  I don't use GPS so it doesn't bother me, but I just think it's sloppy engineering on Canon's part and I think not fixing it shows their apathetic corporate side.

great thread ... let's hope this is fixed in the next FW upgrade
0 Likes
Share
Reply

Step 1.  Turn the battery lock to Open.and leave it unlocked

(Batteries are now disconected from camera)

Step 2    Use a rubber band to hold battery tray in.

NOTE:: If Canon will not make a fix, possibly the after-market suppliers of the 'Grip' will make a three position latch.

A 'Modified' grip could easily be manufactured by modifying the tray and latch assembly.

Position 3.  Tray is locked and power is connecd. (Same position as present and battery drain will continue as it does now..)

GET WITH IT CANON....   or let the after-market fix it with their 'Grip'

The Magic Lantern (http://www.magiclantern.fm/) is said to have this feature, but I have not tried it myself.

Gee... pretty annoying having to use a 3rd hack for a $2000+ camera, just because Canon don't know that OFF means OFF.

When you turn the camera OFF, often you put it away some place where there is no GPS coverage, for example inside a house or in the trunk of a car, so it really makes no sense burning battery to look for GPS, with the disadvantage that next time you try to turn the camera on, there is no battery left.

Canon should really fix this in a firmware upgrade; also for the 7D Mark II that has the same annoying problem.