Please Help - why are pics not in focus and sharp?

I have a 24-70mm f/2.8L lens and am finding that it is not as sharp as i'd expect.  I'm sure it's me and not the lens so hoping someone can help me understand what i'm doing or not doing correctly.

I'm attaching a picture as an example...hand held...here are the settings:

when you zoom into the tree it is cleary not in focus/sharp ;(

I've tried at differen shutter speeds but still having the same issue... going to try different apertures next... 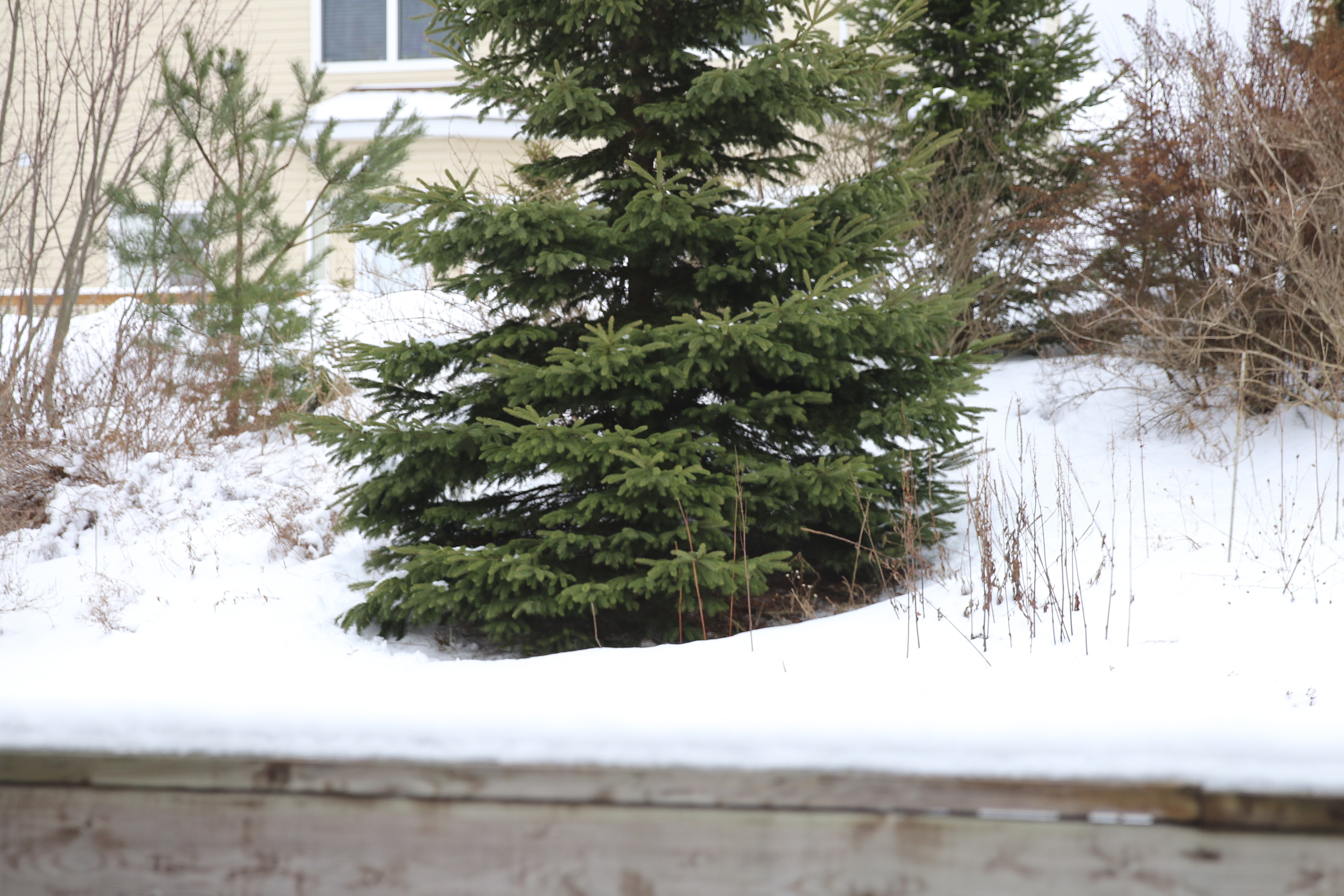 when i hand take the shot i see the confirmation (ie it beeps and is red) - to be honest not sure if it is when using remote - ie i don't recall if i heard the beep..... i'm assuming i should even with a remote? right?  and yes it is on one shot and the center AF is used.... i didn't change anything on the 70d so should be at factory defaults but will check or at least reset to factory defaults.  I've had the T1i for a long time but do not recall changing any settings that may impact the shot but will reset to factory defaults too .... too dark now to redo with natural light so will have to try again tomorrow....

i'm also going to re take the shots using my kit 18-55mm that came with the T1i and my sigma to see what the heck is going on - ie is it only that one lens or all - if all then it's an camera issue - i'd think.... but can someone confirm if that test sheet is a good test for any lens at about 10 feet set to largest aperture?  if anything at least it will test if focus is bang on or not right?  will try using ISO 100, f/4, 1/1600 if light permits... will recheck Tim's list ot ensure those are the correct corresponding values...

You must have focus confirmation one way or another.

The sample shots you posted are, frankly, horrible. It looks like the lens never focused at all, in the first place.

It sounds like you are doing everything correctly. But not actually being there I can not 100% confirm it.

I am having a hard time believing a Canon 24-70mm f2.8 L lens is faulty. It is assembled by the top, best, technicians Canon has. Each one is individually inspected and tested by the best. But as the saying goes, "Anything made by the hand of man can and will fail."

i know all lenses have a workable distance - that they should be used for - how to i confirm what that distance is for this lens?

"i know all lenses have a workable distance - that they should be used for - how to i confirm what that distance is for this lens?"

Maria you are beginning to lose me here?  What do you mean?  That lens should be crystal sharp at all distances from min focus to infinity.

Do one last thing for me. Switch off auto focus. Set the camera on the tripod. Manually focus while you are looking through the view finder. Focus on the test spot and do some shots. If it looks to be in focus in the viewfinder it should be in focus period. Use the screen (CRT), not a printer, to view the result.

At this point you don't know anything. Whether the lens is good or the camera is bad or whatever else.

I am banking on the lens being fine.

Will try what you suggested. Thanks for sticking it out with me 😉

I went to the camera store ... Guy that helped me was the store manager and as far as I know is pretty knowledgable. He played with it and said he found both the camera and lens to be working fine. We took lots of shots and some were crisp and some were not... He said that the ones that were not were for various reason... Mostly hand shake etc.. Of the ones I showed him that I had taken he mentioned over exposure /too brought outside for perfecta focus/ too much white/blown out... Inside too dark so noise makes it look not 'sharp' etc.... Spent over an hour talking and taking shots... At the end of it all he basically suggested that using hand held may only result on 20% perfect in those lighting conditions at 1/100 - which is what we were using with f2.8 or f4. When we added the flash they were much better but of course no one wants to use flash all the time... Don't need to unless inside and light is low... In any case he assured me that both were working as one would expect and in some shots and scenarios I was expecting too much. Ie blowing up to the full degree the camera display allows and expecting sharp on the majority etc. showed him the test chart and he said most cameras at that price range would not be able to focus sharply on that size from 10 feet. Even with the 24-70...

And that lens was fine... If anything I had expectations that would match better with a different camera - maybe a full frame.

Maybe I am expecting too much...

Regardless still going to try what you said tomorrow 😉

But I disagree on the keeper rate. If I shot with the same expectations as he gave you, I would be out of business in short order.

As I told you way back I am not a fan of any of the xxD cameras. But in your case I believe some OTJT is in order. Go out and use it. Shoot a lot. Shoot everything. Learn that system and you will be fine.

What do you think of the 6d? Was thinking of it all last night.... Read some reviews and almost all are very good. Was considering going and picking it up today and playing with it this weekend then deciding on which to keep.

I know the 6d does not have an onboard flash but I have a 430 speed light... Saw some pics in low light and looked much better from the 6d... Since that has always been one of my primary wants (best performance in low light) is it worth considering. I want to get something now and then learn it and hopefully use for 3-5 plus years...

This is my personal preference and not based on the written specs.

But I wouldn't buy either, a 6D and/or a 70D. However, if given the choice I would go for the 6D in a heartbeat. As stated I am not a fan of any of the xxD cameras. I am not a big fan of the 6D either mainly because it has features I don't have need for and the biggest deal breaker, it is not a 5D.

Now this is me but I would prefer a good used 5D Mk II over either the 70D or 6D.

For you, however, the 6D is full frame and is going to open a whole new world for you. The 6D is Canon's idea of an enthusiasts level full frame camera, essentially a APS-C full frame version.