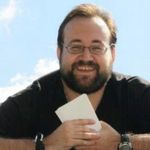 If anyone has any resources that could tell me about compatibility I would be appreciative. I am still foggy on what lenses work with what cameras.

"A skill is developed through constant practice with a passion to improve, not bought."

"A skill is developed through constant practice with a passion to improve, not bought."
Me too
1 Like
Share
Reply
Go to solution

Thank you both for your replies to my message. It is informative about what I currently have and could have great impact on my future purchases.

I have steady work as a photographer but I still consider myself a beginner as, while I can take shots people praise, I do not feel my images are of matching quality to what I see other photographers do. With that said the main reason I wish to go to the full frame camera is for the ability to enlarge my images to a greater size then I currently can with my T1I. I feel the clear pictures I take can at best enlarge to an 8x10. As I understand, the full frame would have the advantage of image size over the cropped camera that I currently own. I wish to make more wall art or better poster sizes then I feel my current camera is capable of.

If either of you have suggestions on making better image sizes I am welcome to them and if the new lens would make that possible then that would certainly me saving me money with that advice. Ha Ha

There are many options here, and it sort of depends on some variables which way to go. The more pixels you have the larger you can print so buying a camera with a higher pixel count sensor is one way to get there BUT not if you really need longer lenses & are cropping away a large part of the file to get the subject to fill the frame (print or poster). You also need to understand the relationship between a full file shot & a crop body shot because although the 6D or 5D3 has more pixels they aren't really more on target if cropping comes into play. The 18 mpixel T5i will have far more pixels on target when shooting a distant object at the same focal length but those pixels aren't of the exact same quality. To try to get a better understanding of the comparison between full frame & Canon's 1.6 crop bodies the fact is that you crop the full frame photo down to roughly 40% of it's original size to see the same field of view the crop body would capture in the first place.

In other words using simple numbers IF the full frame photo was 20 mpixels & you crop it to show the very same outer edges side to side & top to bottom your new file would be about 8 mpixels. This means that IF you are focal length limited (no quality long lenses which are needed for a good capture) a crop body makes more sense than a full frame body.

"A skill is developed through constant practice with a passion to improve, not bought."
1 Like
Share
Reply
Go to solution

You should be able to do more than 8x10.  At 300 dpi that should get you somewhere around 10x15 without having to upscale, but that's just a rule of thumb, I've seen 20x30 from12 MP sensors that look great.  Regardless, print size has to do with sensor resolution, not sensor size.

If an image is soft then it's not going to enlarge as well.  That could be from photographic technique, focusing issues, or in your case it might also have to do with the lenses.  The kit lenses aren't great and can produce soft images when fully enlarged.  This is why I recommend getting lenses first, since you'll need new lenses with a FF camera anyway.  So make that step, see the results, and if you still want to go FF have at it.

Full frame sensors are bigger, so they capture more light.  That's really the primary difference. That extra space could be used by a developer to pack more pixels in (as Nikon does), or use larger pixels (each with gather more light), or a combination of both.  More light = less noise at high ISO.  That's pretty much it in a nutshell (without dredging out topics like diffraction).  Canon leans towards bigger pixels, you’ll notice that the 6D is 20.2 million pixels, as is the new 70D crop sensor (or something close to that).  So theoretically that should be able to make enlargements to the same size.  Where you’ll see the difference is in low light situations.

So I know what you're saying, that sounds better to me, I want that.  And it is, and you may, but my point was simply that it’s not a one way street, there are tradeoffs.  First off is cost, FF cameras require bigger and better glass to take advantage of the bigger sensor.  This becomes really apparent on the far end of the spectrum, the long lens and ultrawides on a FF are huge, and expensive.  The cameras are correspondingly bigger and heavier, which may not bother you but if your primary use is travel it’s something to keep in mind.   There's also the "crop".  Some, like wildlife photographers (or, I think it was Cicopo that shoots remote controlled planes) can’t ever get close enough so they prefer a crop sensor which in essence is packing all the pixels into the center of the frame, automatically giving them a crop over what they would have on a FF.  Sports photographers mostly want reach and FPS.  High ISO is nice for fast shutter speeds in indoor sports, but unless you have the budget for top of the line long glass and a fast FPS FF camera, most choose to get a good crop like the 7D and a zoom lens.  An added benefit is that the center is where the lens is the sharpest, and people pay a lot of money to get lenses that are sharp(er) in the corners, crop sensors get to take advantage of this.  So these need to be weighed against your need for low light performance.  Of course, everyone would like their camera to perform better in low light if given the option, but it’s not always worth the tradeoff to some.

Edit:  Sorry for the long diatribe, looks like Cicopo addressed the crop benefit better that I did while I was writing.

As already mentioned, a "full frame" body such as the 6D requires full-frame lenses.  All Canon "EF" (without the "-S" suffix) lenses are full-frame as are the "TS-E" (tilt shift) and "MP-E" (macro photo) lenses.

When making prints, the DPI required depends on the distance at which you view the image.  Billboards actually require shocking _low_ DPI because they expect to be viewed from several hundred yards away.   If you're viewing it at arms length (standard reading distances) then 300 DPI is pretty good.  If you're viewing wall hung images (not right up on the image) then it doesn't need to be as high.

You can increase the pixel density by stitching multiple images together.  This is typically something that works for landscapes or cityscapes... where you have the luxury of taking multiple images.  Obviously this wont work for every type of photography. (Incidentally, GigaPan makes a robotic camera mount with a shutter release cable... you can mount the camera and define the corners of your desired panorama and the mount takes all the sub-frames for you.)

My advice would be to get some EF lenses, for your T1i, first.  Learn how to use them, see the increased performance and flexibility it gives you with the camera you already own as you improve as a photographer.  Then you have the lenses if and when you choose to move to full frame.  You will probably be surprised at how much more you can get out of your T1i with some new glass.

Full frame is great, but it's not unequivically superior to crop sensors; there are tradeoffs to each and each has its pros and cons.  Maybe you realize this, but I know when I was a beginner I didn't, I thought FF would just 'make my photography better'.  I'm glad I moved to FF, but it fits my photography.  There are plenty that prefer the extra reach/crop, smaller size, wider lens selection, lower cost, etc of a crop sensor camera.

I think there might be a misunderstanding about an 8x10 “print”.

The final print size and actual crop or enlargement size may and likely are two separate things.

If I were you I would do as suggested and buy glass, good glass. The lenses you listed are strictly amateurish quality. With good glass, your T1i can and will produce great pictures. A best buy lens for any Rebel series camera is the Sigma 50-150mm f2.8. It rivals way more expensive glass at half the price. (won't work on a FF)

Don't get a 6D yet, unless the desire is just consuming you. But if you truly consider yourself a “pro”, you will want to go FF.

Look at what the pros use! I rest my case.

I went full frame with a 6d last year. It was a bit of a budget cruncher because of the need to buy new lenses, but I had been acquiring EF lenses in advance to prepare.

Don't go FF for ability to enlarge, as that won't work, as the others pointed out. All lenses will lose telephoto power on FF, because your crop camera is giving you a 1.6x boost on length right now. Try to frame your shots tighter/better in the camera, so you don't have to crop as much.

Do go FF if you want to shoot better in low light, as you can crank the ISO (light sensitivity) up a lot higher on full frame before image quality degrades to the point that your images are unacceptable.

One good EF lens you could enjoy now, and still use later would be the Canon EF 50 mm f/1.4. It costs less than $400 and it is perfect focal length for portraits on your crop camera, because with the 1.6x boost it is like 88 mm would be on a FF camera. (Ideal portrait length is 85mm to 135mm). Then, if you go FF, 50mm is usually considered the standard "normal length" for walking around. It's image quality is considerably better than that of your current kit lenses, and the wider f/1.4 aperture will let you make nice blurry backgrounds so your subject will appear to pop out of the background.

Everyone has been really great with their answers and I have so many more things to learn. I think I will be holding off from getting the expensive full frame camea but with a desire to get a more update a camera I might get a t5i.

There is a lens kit on sale with walmart that is the t5I and a 18-135mm Lens. I have access to a 10% discount there so I think it would be a great buy for me. I enjoy the idea of having asecond camera. My darling of 3 years now has been showing an interest in photographgy so I could give her my old camera to work with.