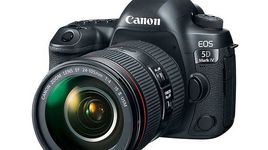 When this occurs, is there an error message present?  Are you able to uninstall the application from your computer in full and then attempt a complete re-install?  It's possible that errors when downloading may have caused this issue.

No error code. I have uninstalled, cleand & re-installed.

It may not be related to the problem you are experiencing but when I first updated to 4.8.2 it didn't like the last folder I was in with the earlier DPP version and would crash within seconds of starting.  Once I managed to navigate away from that folder before it crashed it was fine.

I don't know what "set off" DPP about that folder but it was a folder containing nothing but JPG files that also had several sub-folders also filled only with JPG files and all originally started as RAW files from my 1DM2.

If you cannot navigate away from the folder it is trying to load before it crashes you might try moving or renaming that directory.

I did experience one glitch with 4.8.3 this weekend when DPP became non-responsive while I was processing a number of images (individual not batch operation).  I shot a very large number of images at a high school Fall activity night featuring all of the Fall teams and I was about 80% through with the images when it wouldn't come out of the edit window.  I could continue editing but not exit the edit window.  After about a minute DPP simply closed with no error messages and no request to save last changes.  Although it does have a memory leak and substantially grows its usage over time this machine is a dual processor with 256 GB of RAM installed and when it became non-responsive system monitor showed RAM utiliztion at under 10% and both processors were running at less than 1% load so it seems DPP just became comatose.  It worked fine after restart and allowed me to finish editing.  Fortunately I was running JPG conversions as I finished a file because all of the initial edits were loss-a reminder that I had better save often given I this instability was a minor annoyance instead of a major time waster.

Hey there, I've got pretty much the same issue so I just rolled back to version 4.0 I think and no crashes. Well actually when this occured in order to have my project done on time I asked help at https://www.birdforum.net/showthread.php?t=334359. Probably you'll find some of th ose answers useful. Best