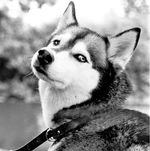 new here after doing some searching about this problem. It seems that not many solutions are offered, or you have to try a hundred of them.

I used Digital Photo Professional 4.10 for a while, but was very disappointed about the sluggish respond. Not for loading files, but most adjustments took about 4-10 seconds to be implemented, and that is for every change of the sliders or numeral fields. It made me hate the program, and I stopped using it intensively.

Last week I saw that an update was available (4.15.0.0) and I installed it. In the beginning I thought to see faster responds, but from the moment I tried the ' tab 'Adjust specific areas', I saw responds getting worse every minute. After clicking around there for an hour all sort of strange behaviour is seen, e.g. when I use the tool to chose an area, it is not only very slow, but it 'cuts corners'. When I go smooth around a round corner (if that is possible with a lagging tool), very often the result is not a round corner, but the start- and end point are connected with a straight line

For every slider used in DPP, the reaction time is at least 4 seconds, but 10 seconds is no exception.

But that is not the only problem. The memory use is gigantic. With just one CR2 image loaded (44MB bitmap) and being worked on for a day or so, DPP takes up to 5 GB, and still rising. After closing the edit window (and entering an empty folder, not saving the adjusted file), it will still take 4GB, and finally, when I fully close DPP a staggering 3,5GB stays in memory, and I have to free it by closing the process in Windows taskmanager. Miles may vary. I also saw a remaining 900MB from a prior run of the program, so there were 2 instances lost in memory.

2x SSD, Intel and Samsung.  DPP did not use any significant diskspace in the TEMP folder appointed.

I can do without that tool that gave me the most problems, but overall slugginess and memory corruption is a dealbreaker.