I had been using my Canon Vixia G60 camcorder for over a year which I like a lot and still use. But I had been having "top handle" envy for some time and had been eyeing the Canon XF400. I just received the XF400 from B&H and I can definitely say I'm already instantly spoiled by having dual XLR audio inputs on the top handle! I attached the Audio Technica AT875R boom shotgun mic to the top handle mic holder into XLR input 1. I also attached a Comica dual wireless lav mic receiver to the top handle cold shoe going into the XLR input 2. Now I can do running and gunning filming while recording audio both close range from the shotgun mic plus from a far distance from the U.H.F. wireless lav mic receiver. For the Comica wireless system, I can either choose to use 2 wireless transmitters or swap out one transmitter for the Comica handheld mic to pass around for doing interview style filming. I can also utilize the camera's built-in stereo mic for recording audio for input channel 3 and 4. That means a total of 4 mics recording audio simultaneously if I so desire. Woohoo! I already added the latest firmware update which now provides 6 different color profiles to choose from, another plus! 4K at 60 FPS is another bonus along with the larger 3.5 inch LCD touch screen! 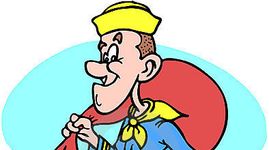 Congratulations on the purchase! My pocket would'nt run to a 1.0 sensor so I finished up buying the Canon XA40 a couple of months ago. For some strange reason I've temporarily lost my motivation for using it. As you say the mike input options are great. Good luck with it.

Anything wrong with the XA40? I am considering it, or maybe the XA50. Which should I get?
0 Likes
Share
Reply

@ozzie63 wrote:
Anything wrong with the XA40? I am considering it, or maybe the XA50. Which should I get?

Other than the sensor size and the different focusing methods there isn't really much difference between the two with regards to functionality. The 50 has a slightly larger body but strips down the same if you want to travel light. The 50 has the enhanced focusing method and a 1 inch sensor but costs about 50% more (in the UK) It's down to "horses for courses" as we say here. I would say go for the 50 if it's within your budget.

Yeah thanks for your reply, my mind is set on the 50, I can probably stretch to that budget too (my wife my have other ideas and want to go for the cheaper 40). I am also in the UK, so understand your analagy.

@ozzie63 - See my reply below on this

In my opinion, it's well worth it to spend the extra $300 U.S. dollars on the XF400 versus the XA50. Why? For myself, I really want the larger 3.5" LCD screen so I can better view the tiny freakin text and icons, my vision isn't 20/20 sharp like it used to be in my younger years. Also the LCD screen on the XF400 is something like 1.4 million dots of resolution versus the much lesser 460,000 dots on the XA50 screen. On my Canon Vixia G60 camcorder which only has the smaller 3.0 inch LCD screen, I can definitely see the improvement in larger text font on the XF400 versus the Vixia G60...seriously! My friend who has the XA50 camcorder complains that when he views the LCD screen from a higher or lower angle, his XA50 screen gets "washed out" and can't view the image. I don't have this problem on my XF400 LCD screen which can be viewed from ALL angles with no problems owed to its much higher resolution LCD screen (you can see the comparison chart on the B&H Photo website). So the LCD screen is positively much better on the XF400 versus the XA50. Also the XF400 has the ability to film at 4K @ 60 FPS, but not the XA50. Also the XF400 has online streaming capability built-in but not the XA50 model. So these additional features are well worth the extra $300 U.S. dollars over the XA50 in my opinion. My friend now wishes he purchased the XF400 instead of the XA50. As for the XA40, if you don't already know, having a 1 inch sensor size on the XF400 or XA50 is a HUUUUUUUUUGE improvement for sharpness and low light performance over the smaller sensor on the XA40. Hence I would not even consider the XA40 model, which is why it costs less. On Facebook forums and other online chat forums, there is a saying or expression for all these varying features and lack thereof. We affectionately call this the "Canon Hammer" because Canon intentionally cripples certain lower models so that you have to pay for the upgrade to a higher model for the features that you do want. Sad but true.

Thanks for the reply. I'm spoiled by the 1 inch sensor on my Canon Vixia G60 camcorder so I already knew I wanted another 1 inch sensor model, but with XLR inputs.
0 Likes
Share
Reply

Did you try to render video? If yes, which type of Canon source video you used and which video editor? Thanks!