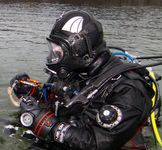 I'm on firmware 1.0.3.0 for the PAL HF G30. I've tested the remote control web interface in two web browsers on my Android 4.3 table and found the same problems both withe Google Chrome and Mozilla Firefox browsers:

1. Calculation of screen height is flawed and results in the control page being heigher than the visible screen area. This is annoying as some controls get clipped.

2. Exposure control doesn't work. I can select manual exposure control and tap on +-0, then a list of available steps appears, but does not react to button presses. Scrolling works, closing the list also works, but no other button. This makes the remote control for me useless.

3. Selecting K as WB mode works, but then I cannot set any color temperature. Same problem as with exposure control. Useless.

4. In addition, selecting a WB mode is accepted under some conditions in the user interface but not by the firmware ... as can be seen on the OLED screen. There seems to be a bug related with WB mode priority that may cause this. Annoying, as this requires manual intervention through the menu system of the HF G30. Also useless.

If I had been purchasing the HF G30 for the wireless functionality I would have returned it immediately. Luckily, I didn't. While I like the idea of a browser based app the real implementation is almost completely useless as it stands today. The app promised on false claims isn't availble for any Android 4.x device, yet Canon doesn't clearly label this on the box and in its materials.

So when is Canon going to fix this set of bugs for the HF G30?

I understand that other camcorder model seem to suffer from similar or even the same bugs.