I am working on a couple of histories of photgraphy: one is on the technology and the other is the various artistic movement.
They are huge topics and, while intertwined, I have had to split them for purely practical purposes.  Still, I have spun off some projects for my local on-line camera group as challenges for them to emulate various genres, movements, and photographers.

In this case I was looking at Pictorialism.  This is considered the first formal art movement in photography, and was dominant from around the 1880's through to around the end of the first decade of the 20th Century.  Actually, there were proponents well before and after, but not as a formal movement.  Pictorialism was a result of an identity crisis that photography had suffered from its inception.  Was it a technical triumph or an art?

Photography hit the world in 1839 like a bolt from the blue.  In an era full of revolutionary technologies and revolutionary movements (social and political) it was particularly impactful upon the art community.  Many painters saw the photograph as a threat to their livelihoods and tried to label it as a cold, mechanical tool - somewhat helped by the nature of the Daguerreotype, the first viable process that produced a unique image on a metal plate of (until recently) unsurpassed detail, but contained both a positive and negative image that changed depending upon the angle of view - rather like a hologram.

As technology improved, and the time to take an image was reduced from minutes to fractions of a second, negatives/positive images were developed, and media moved from unique metal plates first to glass negatives with wet Collodian coating (highly dangerous), to dry plates, and finally film as we know it - produced by George Eastman from 1880 and then incorporated in his Kodak camera around 1890.

Initially, photographers were highly educated, rich and technical: one had to be to afford the equipment and education to handle complexities of gear and chemicals.  They tended to emphasize the technical aspects and thus played into the hands of the Art community who wanted to keep photography as an industrial process.  Still, artists like Manet did use photographs to capture images that they used for paintings, and in the popular genre people embraced the idea of portraits of loved ones that were previously only accessible to those sufficiently rich to have a portrait painted.  Now, the new medium allowed portraits of generations - old an young, living and dead - it was quite popular in Europe and the US to photograph dead children (there was a high mortality rate), before they were buried.  Even dead criminals were photographed.

In the area of high Art, photography did not make a lot of headway, and when it was democratized by the Kodak camera it proved the last straw for those proponents of photography as a Art and they formed a series of groups to present the photograph as a work of art.  Initially formed in Austria, a Pictorialist movement moved across Europe, established in the UK as the Linked Ring Society.  The American, Alfred Stieglitz, was living in Germany when he first encountered the movement and was made a member of The Linked Ring in the UK before going to New York and establishing The Secessionist Movement.

Pictorialism attempted to emulate the nature of painting by reversing or altering the mechanical elements of photographs.  These measures included: soft focus, movement of the camera, and manipulation of the negative by over-painting, scratching, using varying exposures and double printing.  They also used textured paper, over-painted that and a lot of other measures designed to emphasize "the Hand of Man" in the image.  One final gesture was to print a single image and destroy the negative - apparently emphasizing its uniqueness.

Subjects included romantic images of religious, mythical and thematic types: often with misty effects, and showing things like ruins and (often) nude females in lethargic or pensive poses.  Some of the themes emphasized the impermanence of man's works.  There is a lot more than this, and I recommend doing a search for references if you are curious.

Anyway, here are a few of the images I shot under the theme of Pictorialism.  I am pretty awful at PS and Lightroom so almost all of my efforts were to do with subject selection, field of view and focus.  I did manage some basic stuff like going monochrome, vignetting, and adding noise.

All images, except the last two, were taken in parks in central Auckland with the Canon EOR 5DMkIII and the EF 24-105MkI L 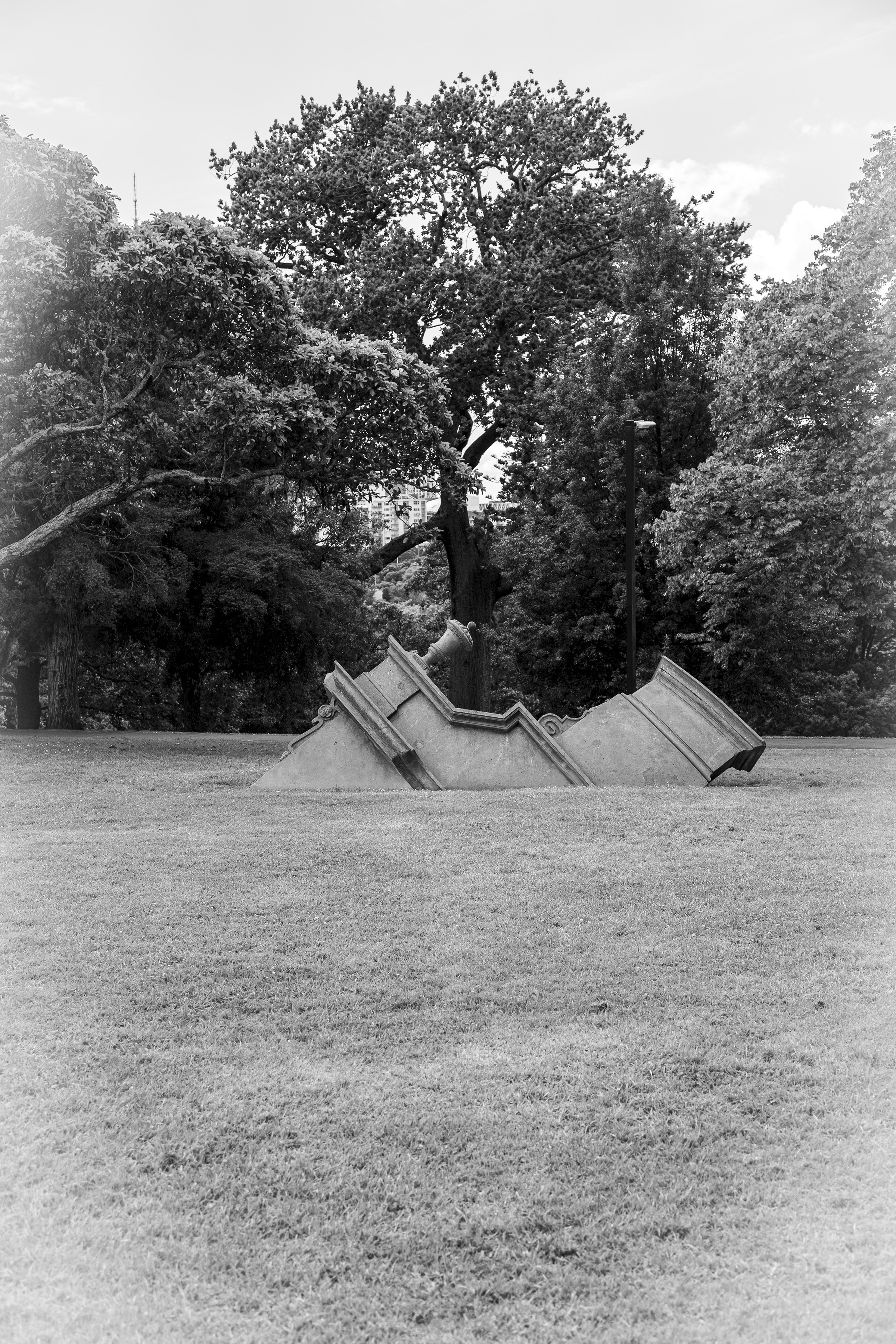 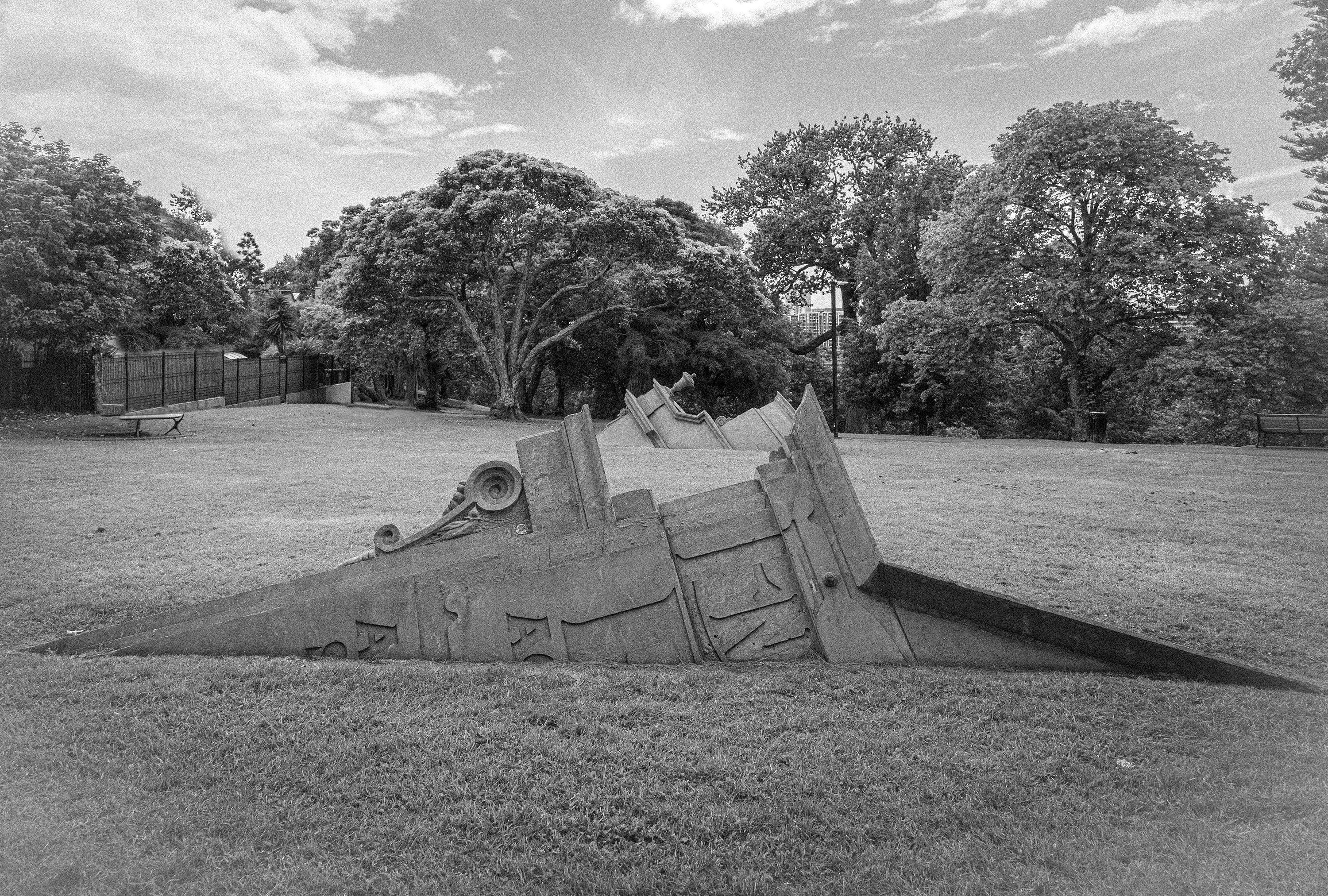 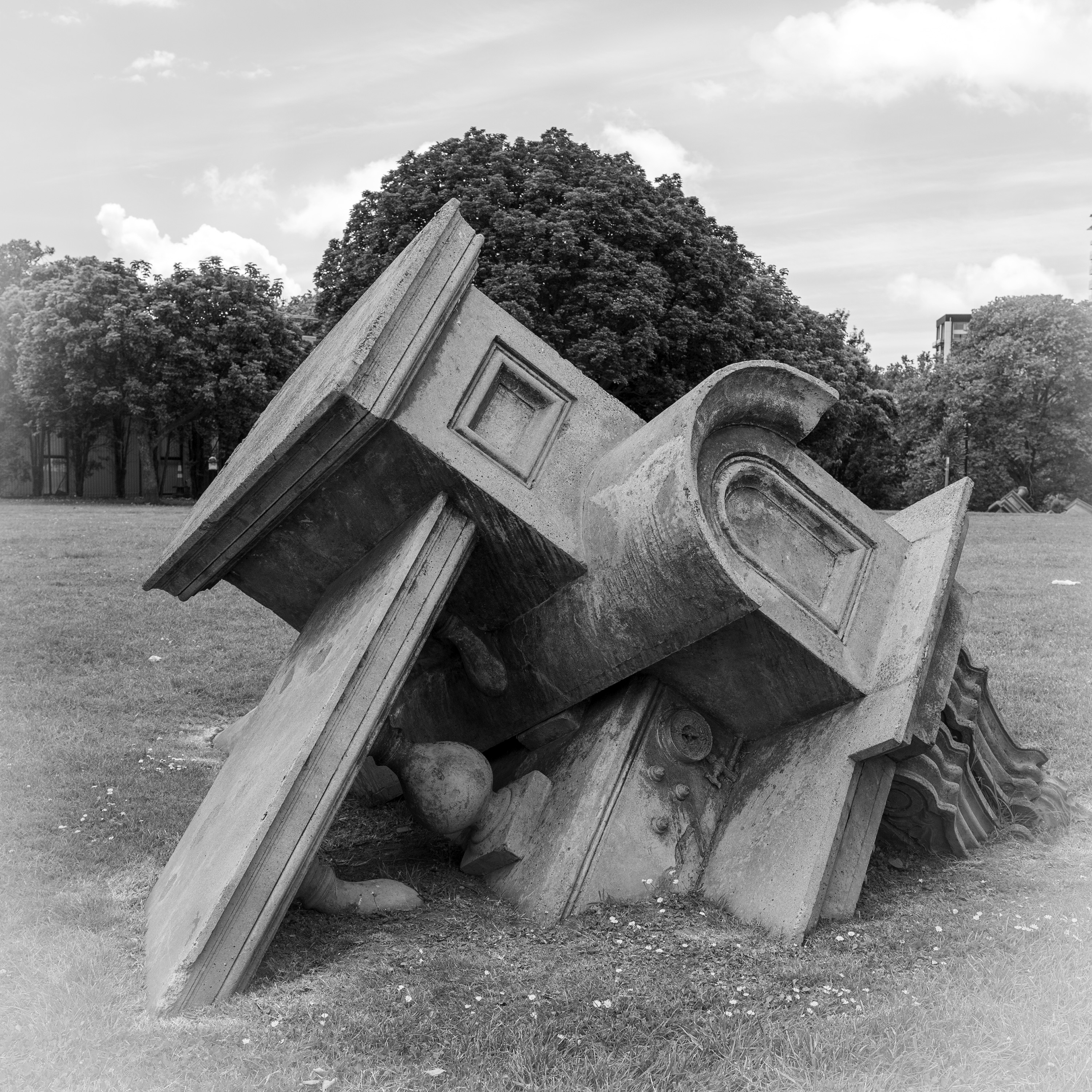 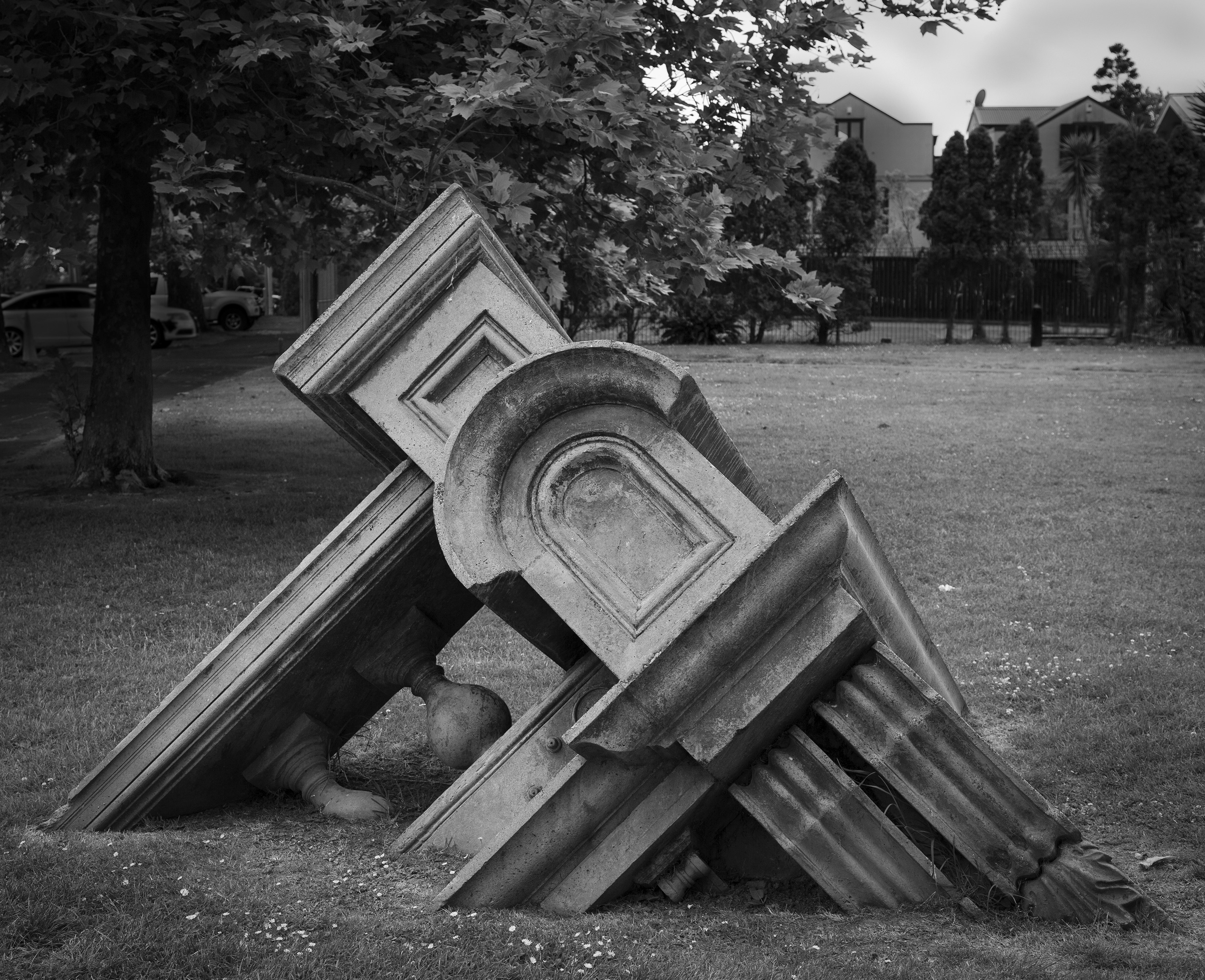 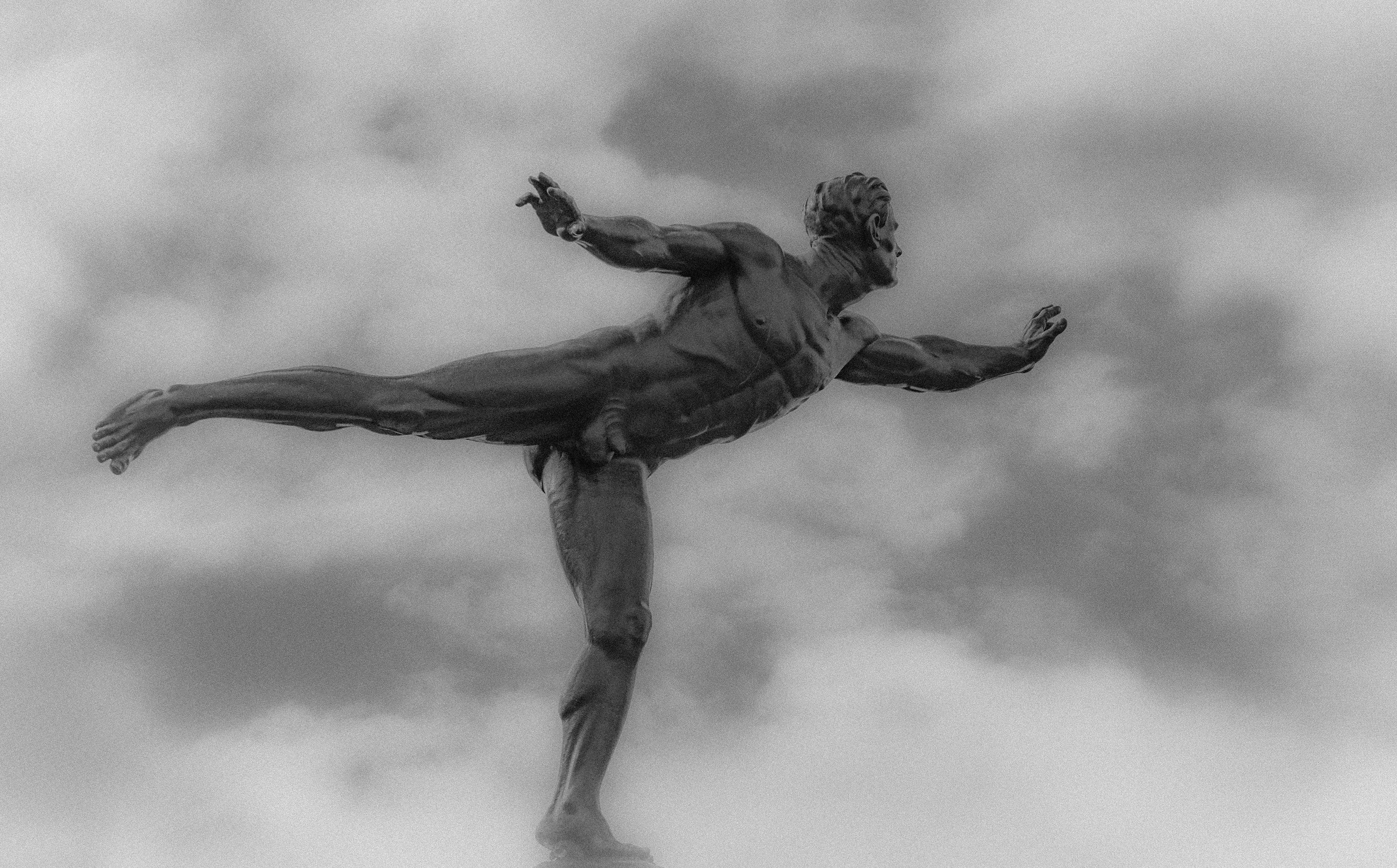 Before you ask us, have you looked in the manual or on the Canon Support Site?
"All the beauty of life is made up of light and shadow", Leo Tolstoy;
"Skill in photography is acquired by practice and not by purchase" Percy W. Harris
Me too
1 Like
Share
Reply
3 REPLIES 3

That is an interesting thread. I alway found it intriguing how Matthew Brady and Mr. Gardner (first name escapes me) brought to life the horrors of the Civil War. Artists had portrayed battles in an imaginative way but photographs literaly "brough it home." Anyone remember the news items on the Vietnam War? Your photos in B&W bring my attention to the objects in the foreground instead of focusing on the colors of the grass and trees.

I have a photo on glass in my photo archives.

Trevor, thanks for the research and the photos. Cheers.

Thank you for responding and your kind words
I find the history of 19th and early 20th Century photography very interesting because of the dramatic changes that occurred and how it moved from a highly challenging enterprise (technically) that limited it to an elite few, through many stages to the point where the general public could capture the minutia of their lived. Also the artistic debates that are echoed by today's issues with film vs digital cameras vs cell phones! The tech has changed but not human nature...

I can hear the old time photographers predict about the craft, "Let's see what develops."