Auto-suggest helps you quickly narrow down your search results by suggesting possible matches as you type.
Showing results for
Search instead for
Do you mean
Reply
Topic Options
Highlighted
wq9nsc
Respected Contributor

While using the telescope last week I thought it would be interesting to also see how a Canon long lens performed for lunar photography with and without extenders.  I believe the focus is dead on with these, for the EF 800 combo I used AF where possible and then tried minute adjustment either side of what I thought was best in a series of shots and posted the sharpest and I did the same with the 2X and stacked converter along with the reference photo with the Celestron telescope where I used live view but also tried slight tweaks either side of what I thought looked best.  The camera AF was dead on with the 800 and 1.4X combo and my original best visual focus was best with the other combinations where AF couldn't be used.

These were shot with Canon 1DX III with mirror lockup and delayed shutter release using a very heavy stable Manfrotto tripod.  Shot at 1/160 with widest possible aperture adjusting ISO along with exposure in post where necessary.  Shots cropped so that roughly the same size moon is displayed. Processed in DPP using monocrhome picture style.

Images in order: EF 800 bare lens, with 1.4X, with 2X, with 1.4X and 2X stacked, and the final photo is with the camera directly coupled to the telescope which functions as a 2800mm f10 prime lens.  Atmospheric conditions likely weren't the best for higher magnification but not unexpectedly the extenders dropped the IQ.  I believe that the 200, 300, and 400 fast primes handle the converters a little better than the 800 but there is no free lunch and adding converters always hurts contrast and sharpness. 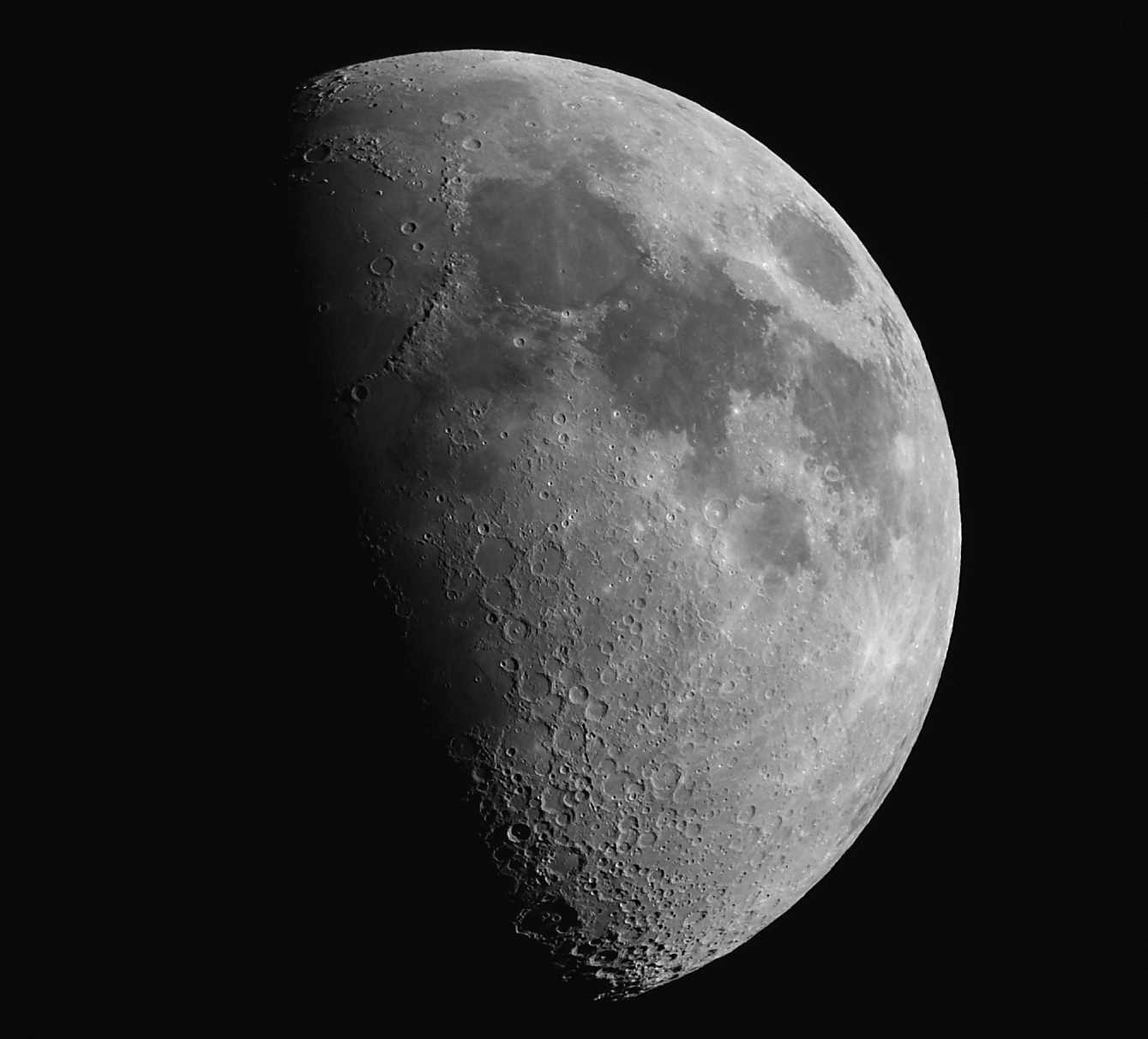 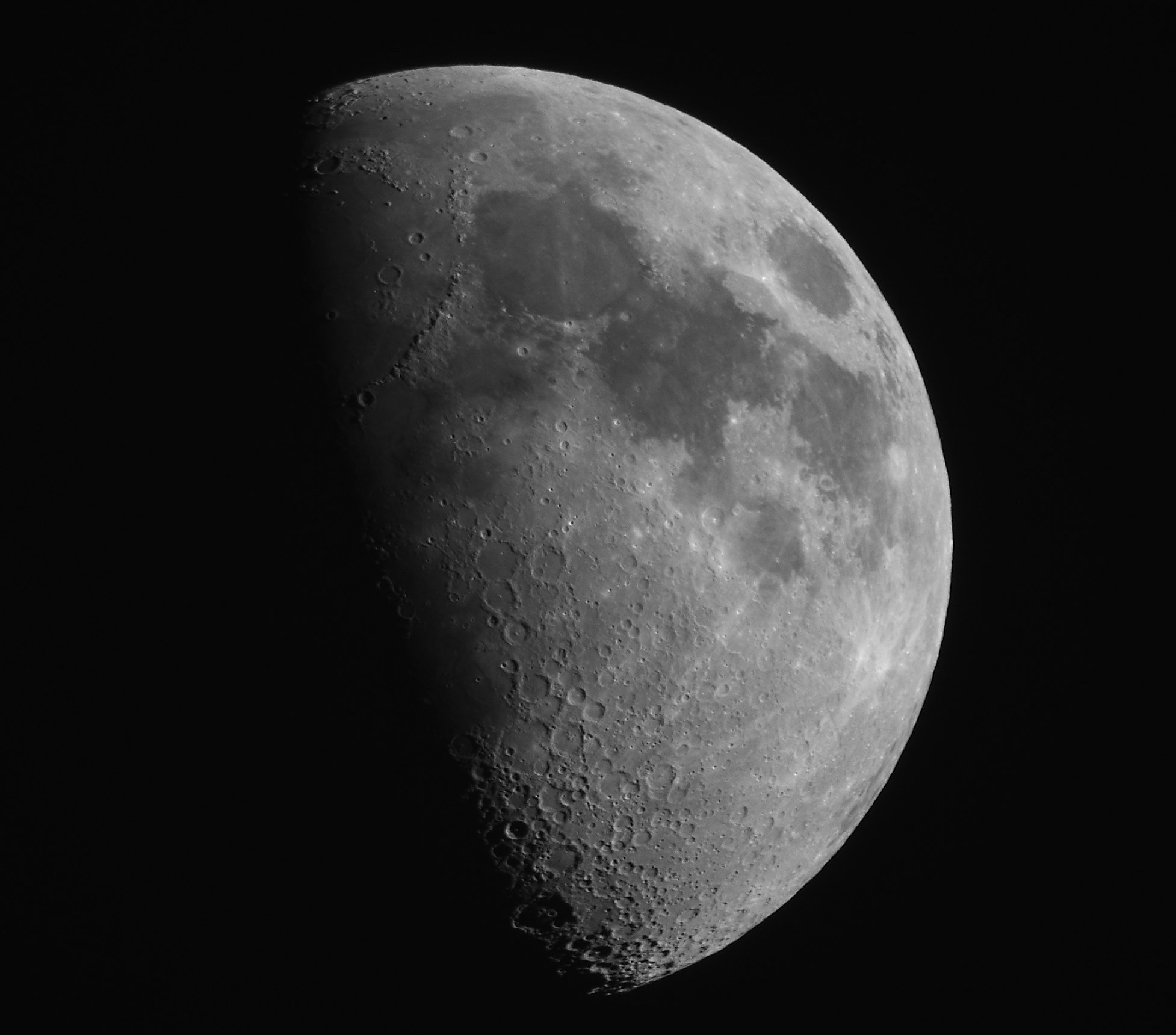 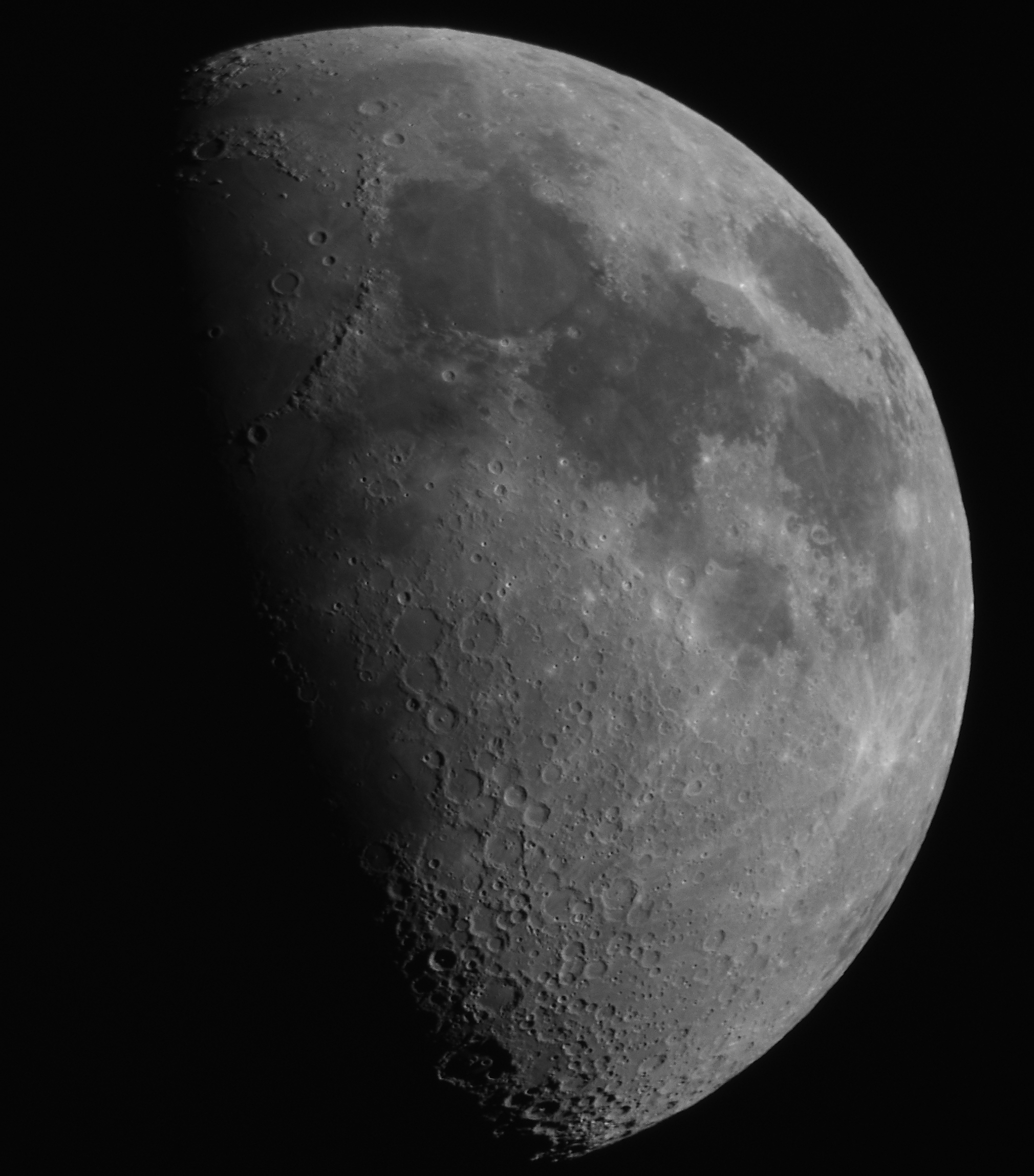 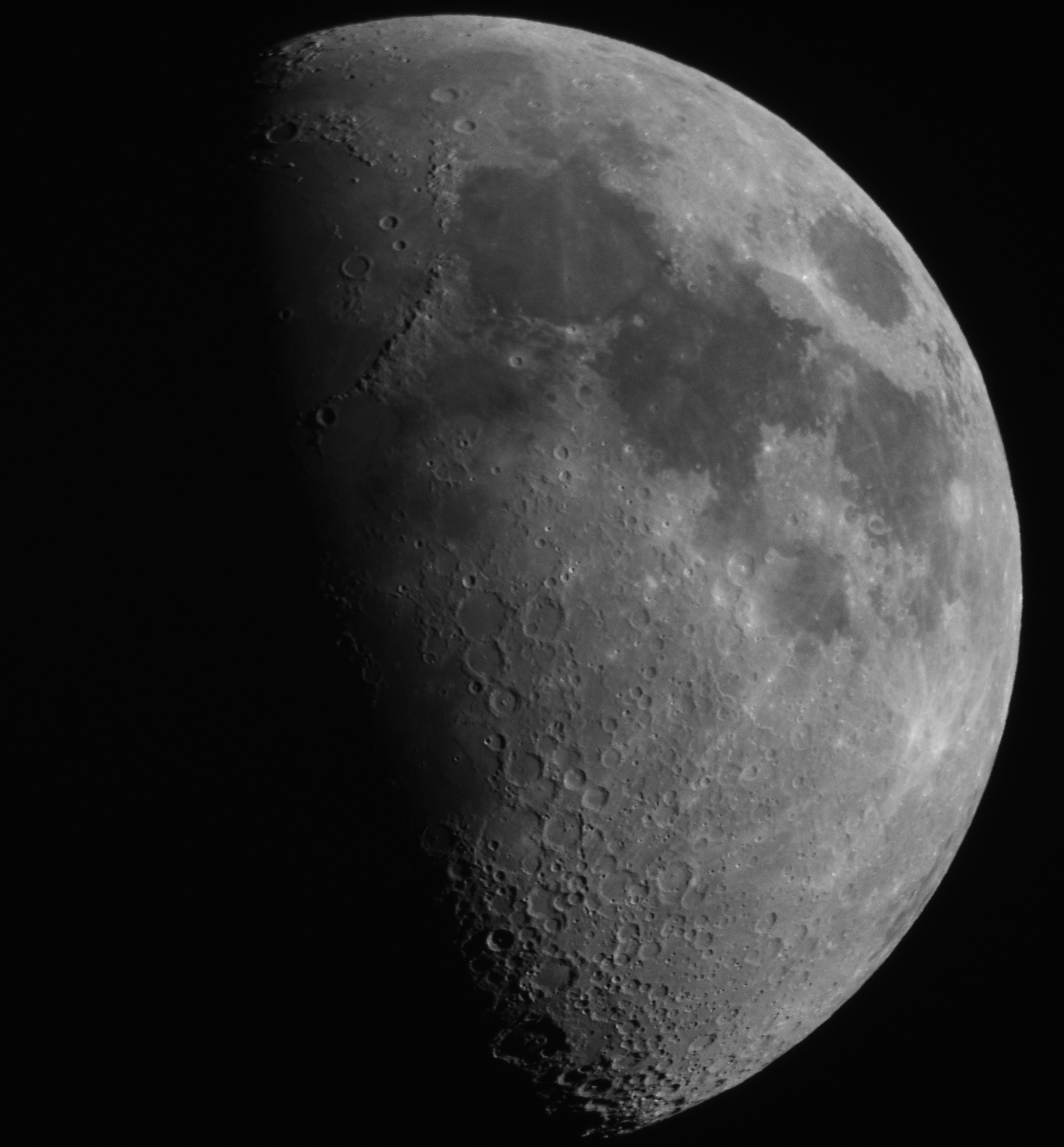 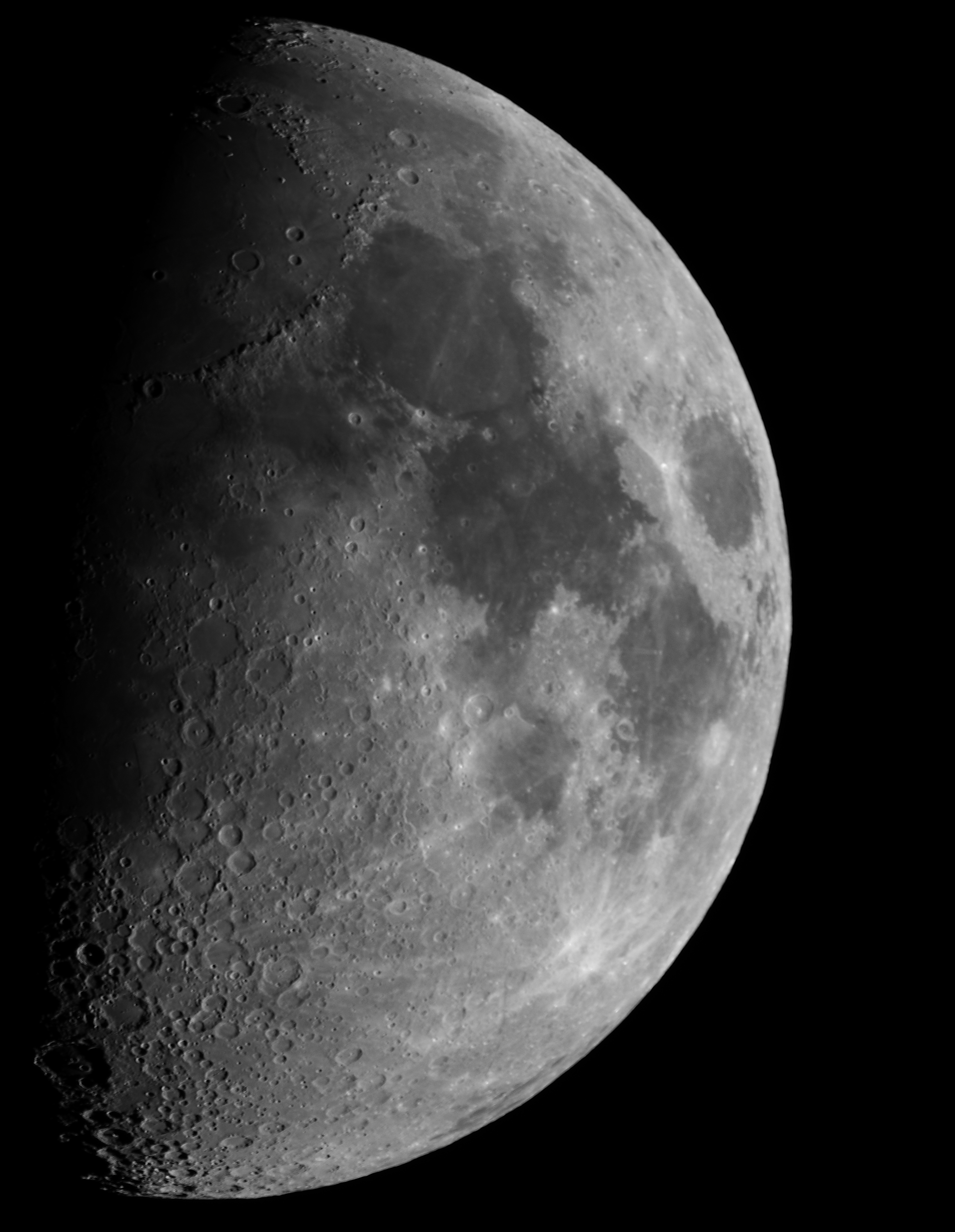 The 1st shot is fantastic and the best.

I am surprised the Celestron isn't better.

Thanks Ernie!  I continue to be more impressed with the EF 800 the more that I use it.  I don't think the optical quality is quite as good as the 400 f2.8 but it is a stellar lens.

The Celestron excels when using it with eyepieces and when I have time I will set for some detailed sections of the moon using that setup.  But I am not surprised at how the Canon lens does compared to it given the retail price of the EF 800 is over three times the price of the telescope which also includes the tripod and computer controlled positioner and basic eyepiece accessories.

I am sure with new technology that the later EF long telephoto primes are better than the FD primes but I am not sure optically they are that much better.  I have seen some stunning images made with the older long FD primes, something I couldn't afford when I was shooting with an AE-1

CAT vs refractor.  Cheap to make vs very expensive to make.  Plus try banging the Celstron around like you do or can the EF 800mil.

I have already had to adjust collimation once for the Celestron and although not terribly difficult it isn't exactly fun so I definitely avoid bumping and banging the telescope.  The EF 800 lens is big and heavy but it is a lot easier to manage than the Celstron.  The optical tube is extremely awkward and weighs 65 pounds with a total just under 100 pounds when mounted to its tripod mount.

I am sure Celestron had good reason why they designed and mounted the side grips on the optical tube as they did but I am 6'2" and work out regularly and it is still extremely awkward to manage given placement, lack of ergonomic grip, and questionable positioning relative to the center of gravity.  If Canon produced a Cassegrain telescope of this sort I have a feeling it would have better human factors in its design.