hi there. i have ixus camera and the resolution are very very low.

is that problem in the camera or jast some configuraion missing?

1 person had this problem.
Me too
0 Likes
Share
Reply
4 REPLIES 4 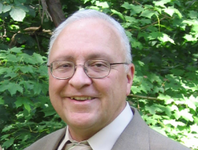 Usually low resolution photos are a result of trying to get the maximum number of photos on the memory card. Try setting the camera to have the lowest number of photos on it to get higher resolution (super fine) pictures. Also, make sure that any software that you download the pictures with is copying full size photos to the computer. Hope this helps you.

Hi thanks for the help.

It didne't work and the resolution stay as they are. also if you look in the camera her self you can see tha bad resolution.

I have old camera with 8M pixels and it look beter. mabe the problem is in the camera?

Hi i'm talking about the image resolution. and what you said (with the image size) didn't solve the problem.
This is a new camera and i want to be shure before i going to the camera shop.