Canon releases satellite for you to take pictures of space; know how 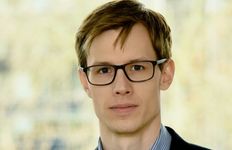 To complement its presence at CES 2021 , Canon launched an interactive website that allows you to take pictures directly from space. The platform guarantees access to images from the CE-SAT-1, a satellite equipped with a modified 5D Mark III DSLR - a branded camera - and ensures impressive top view of selected locations - including Venice, New York, Bahamas and other cities.

The satellite is equipped with a model of the EOS 5D Mark III , plus a 3720mm Cassegrain telescope for space capture and a PowerShot S110 for wider capture. Launched in 2017, the object orbits the Earth 600 kilometers away from the surface and Canon points out that it can also be applied for monitoring glaciers. When accessing the site, there is a presentation of each location, followed by observations and games of the narration. Unlike Google Earth , the experience that Canon wants to deliver is the presentation of selected locations in very high quality, using photographs previously taken from each city with high resolution.

During the navigation between the photographs, the American astronaut Marsha Sue Ivins talks to the user, who answers questions such as "How does it feel to live in space?", Explains some of the satellite's scientific applications with Canon cameras and more. When navigating the environments, it is possible to record captures of the locations and temporarily save them in the gallery in the lower right corner. From there, it is also possible to delete, view in full screen or download in ".jfif" format to register it permanently.

By 2030, the company plans to compete strongly in the microsatellites market - which are more economical versions than ordinary satellites. If all orbiting models offer the same image quality, we may have even more locations captured by the company's cameras in the future. If you are curious to check the work of the company's cameras, just go to the interactive website Redefine the Limits and start the program. There is no information on how long the site will continue to function.