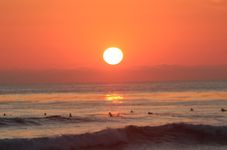 my eos rebel t3i are automaticaly stoping when a recording full movies but in poor movie are working, recording time are disable, and when is gonna stop an indicator shows at rigth side of the lcd screem.

What you are experiencing may be normal depending on your memory card which has to be a class 6 minimum.  There are also some other limitations on how much you can record, even with the best of memory cards. More than 12 minutes can be recorded but there are some limitations. When the file size reaches 4 GB on most Canon DSLR's, recording will automatically stop. As pointed out, that is a file size limitation. That means that at 1920x1080 dpi and 1280x720 dpi the maximum recording time of a single movie clip is about 12 minutes. At 640x480 dpi it is about 24 minutes. Check the T3i manual for the specifics.

These numbers may vary slightly for the T3i, but capacity of the card differs in recorded time; at 1920x1080 dpi or 1280x720 dpi you can stuff in theory about 44 minutes total of video onto a 16 gig card. At 640x480 dpi or crop 640x480 dpi this goes up to 1 hour 32 minutes. However, from my 60D manual, "the maximum recording time of one movie clip is 29 min. 59 sec. Depending on the subject and the increase in the camera's internal temperature, the movie shooting might stop sooner than 29 min. 59 sec." Notice the mention of internal temperature. The manual for most Canon DSLR's mentions that video recording can shut down if the sensor overheats. From my understanding that typically only happens after 15-20 minutes but could be sooner if you are repeatedly recording videos, even in segments. The 29 min 59 second limit is for legal reasons. If the camera is capable of exceeding that time limit, then it is classed as a video device and the import duties would change. This is not just the Canon line, Pentax for instance states "Like competing DSLRs, the Pentax K-5 also monitors sensor temperature during recording, and will halt capture if the temperature rises beyond a certain threshold." A reputable source also states "This limitation is due to the different (European) import duty rates for still and video cameras." There is no reference made to differing duty rates of product entering the United States however. So there may really be three limitations you can hit, one, the file size limit of 4 GB, two, the 29 min 59 seconds limitation imposed legally, and three, a sensor temperature issue that might also be reached in some rare circumstance.

By the way, the shutdown due to temperature can be a real drawback so consider renting a true video device if you are capturing something critical. At a recent horse show I was recording almost continuously and my 60D stopped based on sensor temperature. I had to wait several minutes before I could restart, missing several horses in the competition
0 Likes
Share
Reply