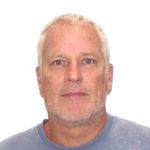 I want to be able to shoot video with a window in the background. The problem is my subject is under exposed (too dark) and the window is over exposed (too bright). I'm looking for how to setup my EOS 90D with the correct settings to fix both exposures.

You can try Movie HDR: 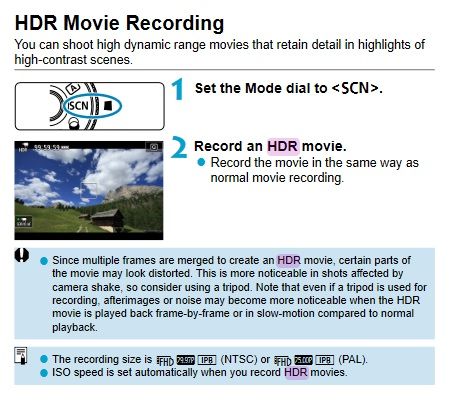 But of course the traditional way is to put neutral density gels over the windows.

thank you for the advise, I'll give it a try

What? There's HDR for video now? Geez . . . I guess I need to start reading my newsletters again.

This was a common problem for architectural photographers shooting film. The way they'd solve it is by increasing the brightness of the indoor lighting to better match what's outdoors. (Now with digital they can simply make two exposures... one for the indoors lighting conditions and one for outside... then combine the best from each in post-processing. But this won't work for video.)

Give it a try.

Another potential option is add an ND gel over the window (exterior side).  Though that could end up being impractical and/or expensive.

The camera has only so much dynamic range.  I recommend adding indoor lighting and investing in a good light meter.

Thanks for the advise. I tried the first suggestion by setting the camera mode to "SCN" but it didn't work as I hoped. From what I'm hearing, my most practical solution is to make the interior brighter to match the light that is coming through the window.

As far as the light meter goes - how would that be used? I assume I would take a reading of the light coming through the window, then try to match that using artificial light in the room?

By now you can tell I'm very new at this 🙂

As far as the light meter goes - how would that be used? I assume I would take a reading of the light coming through the window, then try to match that using artificial light in the room?

By now you can tell I'm very new at this 🙂

If I were using the camera's built-in metering system, I would go outside and take a reading off a gray card. Then I'd repeat that indoors. The difference between those readings tells me how much I need to brighten things up indoors. After adding lighting I'd meter again, then make any adjustments that are needed.

But what I do instead is use a separate, handheld incidence meter. This type of meter measures the light falling onto the subject, rather than what's being reflected off of it. It also is a flash meter, so would be handy on a job like this if using flashes and studio robes to brighten things up indoors for still photos. I use a Sekonic L358 meter, which is no longer made (can be found used). But Sekonic L308 is very similar.

Of course, you won't be able to use flash or strobes, because you are going to be shooting video. You'll need some form of continuous lighting. That's pretty easily metered. No "flash meter" needed.

At one point of another, we all were new at doing these things!