Any help about shooting in cold. (Alaska/Canada in Jan) 5D MKII

Will be shooting stills for a movie shooting Jan. in Alaska/Canada.  Found a few things on about shooting in cold weather (Extra batteries, don't bring directly inside without warming, put in plastic bag and let warm up slowly when you do bring inside, etc.) but any help would be appreciated. Shooting 5D MKII.  I seem to remember something about Canon having a cold weather battery pack you could put next to your body, run a cord down your sleeve to the camera and was wondering if something like this existed for the 5D MKII.  Feel free to contact me directly at:    stillsphotographer@gmail.com 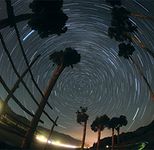 I might have an upcoming shoot in the snow, and would love to hear what tips and advice people have on this topic too!  Let's keep this discussion within the forums!

I haven't ever read anything about the battery pack but it could be helpful IF available. You haven't said just how cold you expect it to be, but as a Canadian who knows what cold feels like & who has made a living as a mechanic for a long time cold really takes it's toll. Not only will your batteries need protection but your lenses might too. The cold could tightem internal components to the point they can't move, such as aperture blades & AF components. The snow itself shouldn't be a problem unless you gear is warm enough to melt it on contact. You will however need to shoot about 2 stops over for correct exposures or the snow will be grey instead of white. You might want to Google this & hope to find something from serious nature photographers.

Absolutely.  If someone replies to my e-mail address will post it here.

Just for information.. I have shot in Yellowstone Park during the winter at -10 to -15 C with a 7D and 5D mk2 without any problems to lenses or camera.  We were not out in that cold for extensive times but went back into an almost unheated vehicle periodically  (vehicle purposely cold to stop condensation forming on the lens glass).  I did have spare batteries that I kept warm in a pocket but that was all I needed.  Your experience may differ but that was mine 🙂

And with great timing, Lowepro's blog post today is tips on cold-weather shooting:

Thanks one and all for the info.  Pretty much what I already knew or read but always good to hear from someone who has done it.

I just stumbled onto this article which might help plus it's on a site that is sort of devoted to wildlife photography. Hope it helps.

Not sure how long you'll be outside, or in what sort of temps, but living here in Fairbanks I'll shoot photos at any temp, even -50. A colleague recently did a test here with one of his Canon 5D Mk III cameras in -30 degree weather. He left the camera out for many hours and released the shutter hundreds of times. His LP E6s lasted around 2.5 hours, but he had zero problems with his equipment. YMMV

I have not been as lucky as other.

Even with few hours of subzero I have had many strange behaviors with cameras. Pushing one bottom and getting a totally unwanted, unexpected response. For example on changing speed or F stop, increase or decrease bottoms work only in one way and after few unsuscessful attempt, camera would lock on lowerst setting. Many bottoms wont do anything.  This has happened with entry level cameras such as XT XTi and better ones such as 5D II.

No mater what, to be on the safe side and to come back with some pictures, think of carrying at least one fully mechanical camera body such as Canon FT, Nikon FM or Pentax K1000 and few rolls of film with you.