Hi all,
I am new to this forum but have had canons for some time and just beginning to developed my skills in the use of off camera flashes etc.
I have purchased a budget set of portable flash units and using the built in flash as a trigger the external units do flash as expected. However, the external flash is not in sync with the actual shot. If I take a picture looking directly at the flash unit, I can see that it is triggered but it does not show in the taken image.
Has anyone experienced this?? Please help and thanks in advance.

How are you triggering and what is the 70D set to? If it is set to E-TTL and you are using optical triggers, the exposure-setting pre-flash can cause naive third party flashes to trigger early.

While cheaper, third party flashes like this take a lot more time to set up properly. I suggest Syl Arena's Speedliter's handbook.

Hi I am triggering from the optical output from the built in flash. I have tried on manual as well as various other shooting modes.
I have tried it with E-TTL and without. I'm using back button focus so when using E-TTL and I focus a pre flash is seen. Then taking the shot the flash does trigger but cannot be seen in the image.
It's just so annoying, it's obviously communicating OK with the flash unit, but just not in sync.
Very confused and frustrated.
0 Likes
Share
Reply

@Prenno147 wrote:
Hi I am triggering from the optical output from the built in flash. I have tried on manual as well as various other shooting modes.
I have tried it with E-TTL and without. I'm using back button focus so when using E-TTL and I focus a pre flash is seen. Then taking the shot the flash does trigger but cannot be seen in the image.
It's just so annoying, it's obviously communicating OK with the flash unit, but just not in sync.
Very confused and frustrated.

I'm probably grasping at straws, but is it possible that you're using 2nd-curtain sync? If you were, maybe it's conceivable that the shutter closes before the remote flash gets triggered. Far-fetched, I know, but when all else fails, ... 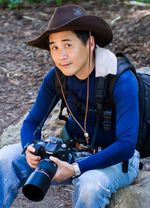 What are you using as your "budget set of portable flash"?  Is it compatible as an optical slave?  It appears that either the settings or the flash itself is not compatible with the camera.

Since you stated that the remote flash fired but its output is not registered. That tells me that it went off after the camera has already taken the shot.  If the portable flash is based on light alone, this might happen.  You might want to set the shutter speed to something long, like half a second to see if the flash would be registered.

For optical slave (which is suitable for using the 70D built-in flash as optical master), I find the most reliable is of course a Canon flash.  Short of that, try a Yongnuo flash...it's highly compatible.

Robert the fat.... I've checked the curtain setting and it is on first, but again I've tried it on both with no joy.

Im guessing these flash units are just not compatible with the camera which is a shame, I'll just have to save my pennies and get a new set. Thanks for all your help guys.
0 Likes
Share
Reply

Do your remote slave flashes have more than one setting for optical triggering? Some units have a setting that will ignore the pre-flash from the master on-camera flash unit and then fire in synch with the main flash.

Still no joy with this.
I can George pre flash to work with the back button focus so when I actually take the picture only the main flash which is the trigger actually flashes but still out of sync. Now I have read that this triggering flash is immediately before the image is taken to give the external flash units time to receive the trigger signal and also to stop the on camera flash being involved in the exposure. I just can't see a way around this situation as the flash units do not have any settings to change sync timing etc.
I have looked at a remote setup for the units and I'm sure that is the only way around this, with this units anyway.
Suppose it's the more reliable way to work anyway, but since the camera is meant to have this facility just wanted to try and get it working.
0 Likes
Share
Reply

Do you or someone else have another DSLR that you can try the slave flashes with? For that matter, even a point and shoot camera with a flash should fire the slaves if they're optically triggered. It sounds like you have two or more of the slave flashes. Have you tried triggering them individually? If you're setting the camera manually, what shutter speed are you using?

What brand and model are the slave flash units you're using? Maybe someone else here has some previuos experience with them that they can share.