Hey all. I've not picked up my camera in about 11months since buying it and when I've gone to shoot with it, ALL my settings had changed. The VF grid has changed from a working 3x3 (as I've had it in this and my 5D3) to a stupid 6x4 and is STUCK in that grid. I've done loads of research on how to change the grid in VF and have checked by turning it off, then on (the VF grid itself, within the settings) but I can't get it to show the 3x3 grid. No matter what you choose, only the 6x4 shows. Even the diagnal one doesnt show in the VF. The only thing that works is when you turn the VF grid "off". When its on, no matter which style you choose, it only shows 6x4.
This is literally a brand new camera. I've barely used it since buying it.
Shutter count would only be a few hundred shots- if that. So I dont know what the heck is wrong with this?

Any help is greatly appreciated.

These are the options for the viewfinder.  It is fixed, without any options to change its' appearance. 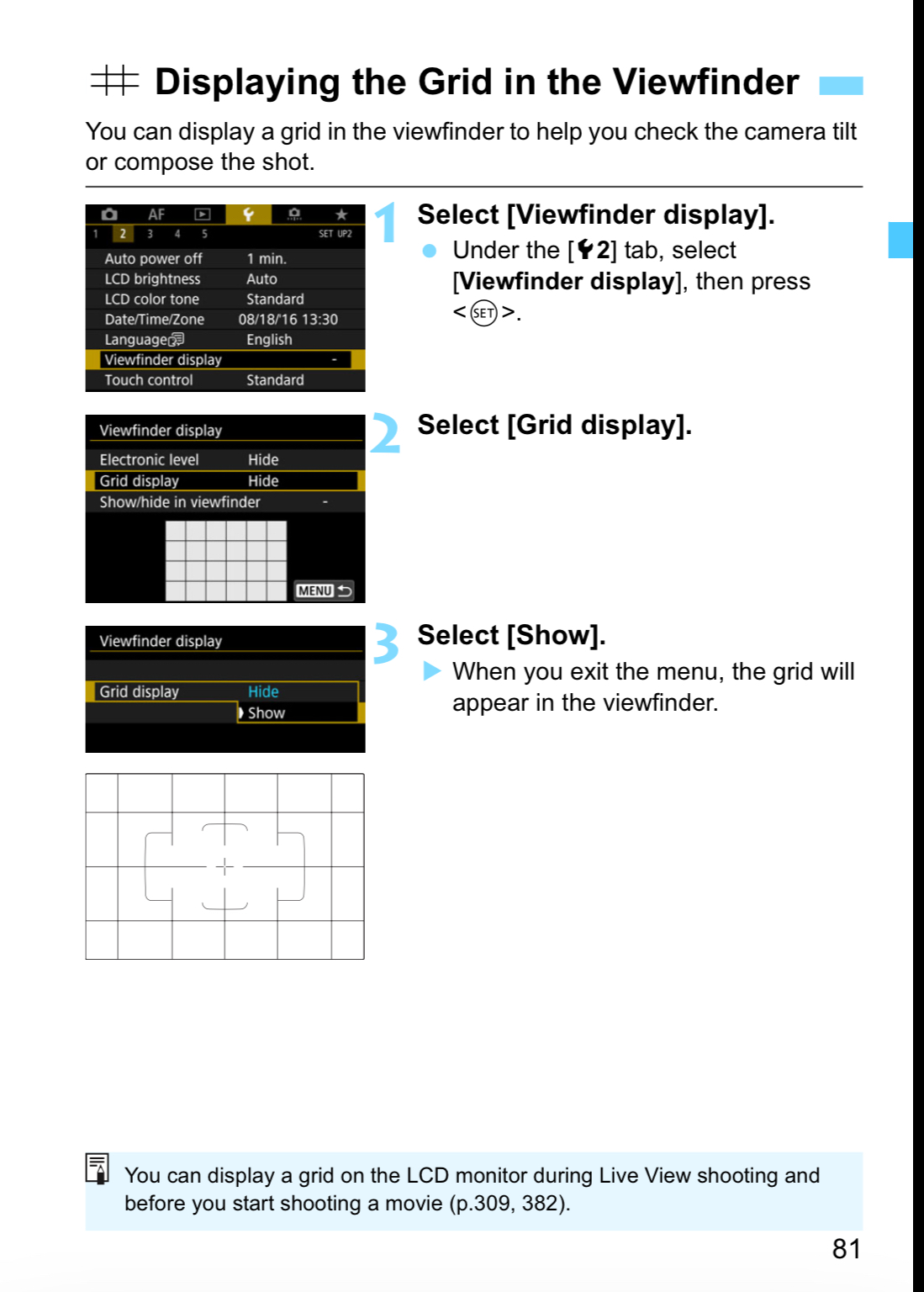 These are the options for Live View.  You are given three grid options. 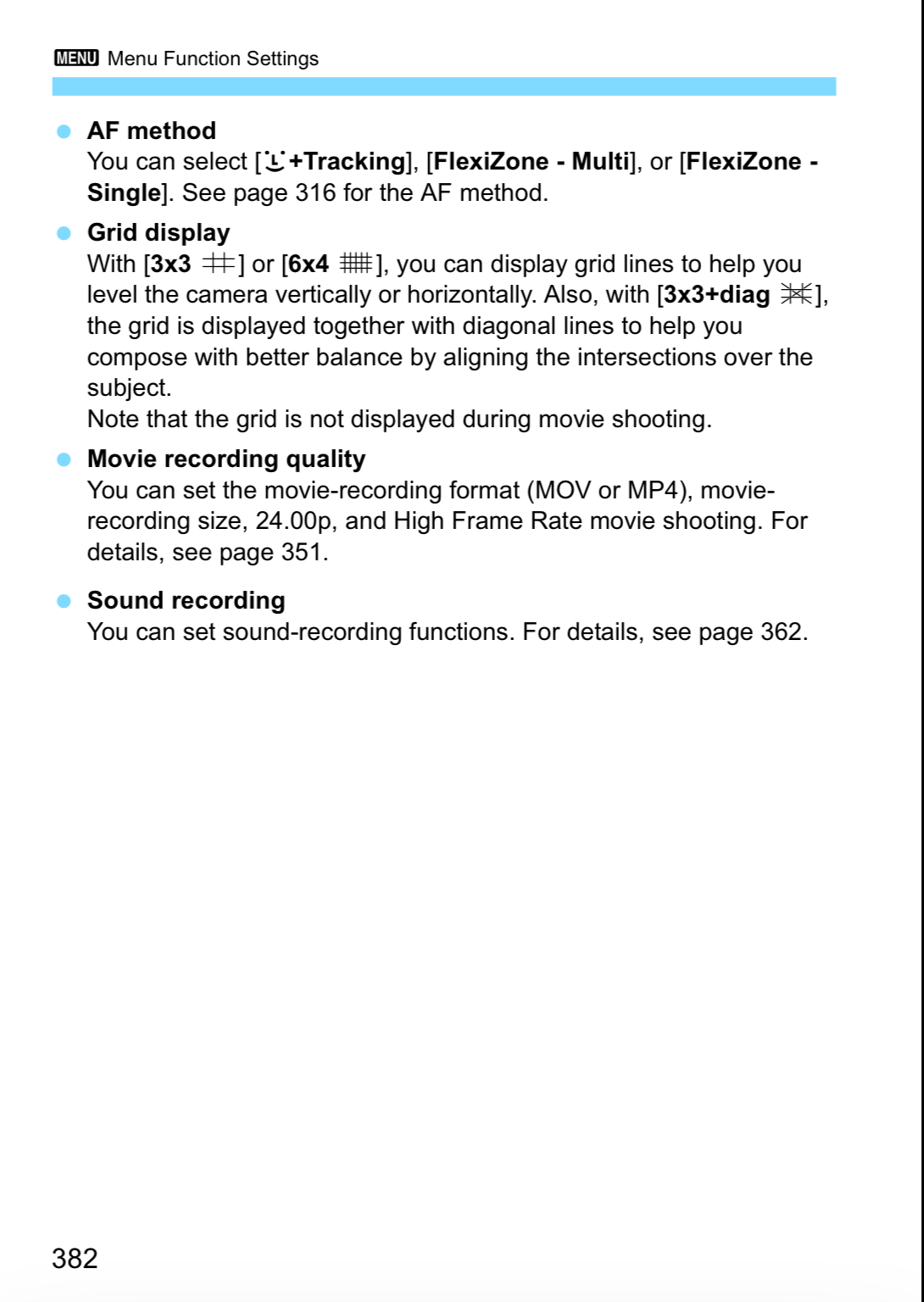 Yep. 10000% sure. This is why I was specific in stating many times in the post "VF" to differentiate between the two.
I thought I'd mentioned about the LCD screen but that was actually on a facebook post. On that post I'd said "(Not the LCD screen)" to show I knew the difference between the two with the different settings ;).
So yes, it will not change and I've done everything you're meant to do as per the manual.

I'm not the only one who's experiencing this issue either. But there's little to nothing spoken of as to how to correct it. People are just acccepting, it which is ridiculous to believe.

As I've mentioned in the OP, I actually did have the 3x3 grid always displayed in my viewfinder, from the minute I bought the camera.
One guy who was on a forum and tried to help another guy out with this issue now has HIS camera stuck in 6x4 also and cant get it back to 3x3. There's a significant issue with the the firmware allowing this to happen

You need to call Canon and get them to get all the phone support sample cameras stuck in 6x4. That will get a fix in a hurry. 8^)