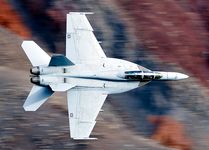 Unfortunately the 100-400 is an f/4.5-5.6 lens and that means the 1.4x TeleConverter drops the focal ratio to f/6.3-8... which is beyond the designed limit of the 5D II phase-detect auto-focus system.  The "contrast-detect" auto-focus system (what it uses when in "live view" mode) may still work if it has enough contrast.

that really helps me out, thank you very much for your response.

Actually, the 5DII's AF system will shut down and not even try to autofocus an f5.6 lens with a 1.4X attached (effective f8 aperture). The problem is that the 1.4X reduces the amount of light passing through the lens/TC combo by one stop. (A 2X "costs" two stops of light, so would make an f4 lens with 2X an effective f8.)

So, in this case, when you attach a 1.4X to the 100-400mm lens you end up with an effective 140-560mm f6.3-8.0 combination. And that means there is likely not enough light for the f5.6 limited AF system to do its job in most conditions, and the camera is designed to turnoff AF when it detects a lens + teleconverter exceeding that f5.6 limit.

But, whether or not the AF is actually getting enough light to work is also partly determined by ambient lighitng conditions. You might be able to "fool" the camera into trying to autofocus by taping up some of the electronic contacts on the teleconverter... Do a Google search for more info about doing this, if you want to give it a try. Just don't expect a lot.... you'll need very good light and contrast, as well as good subject detail for the AF to be able to achieve focus... and even then it will likely be slow or "hunt" a lot.

If you use that trick, the EXIF data recorded in your images won't show that the teleconverter was used. The camera won't "know" it's there and turn off the AF system.

As already mentioned, among the older models, only the 1D-series have AF systems that are "f8 capable", able to autofocus an f5.6 lens with a 1.4X or an f4 lens with a 2X. Depending upon model, this may also be limited to one or a few AF points.

5D Mark III can focus f8 at only a few of it's centrally located AF points, out of the 61 point array.

And 7D Mark II can only focus f8 at the single center point of it's 65 point array.

I don't think it is the amount of light as much as the depth of field presenting too wide a "dead zone" for the feedback circuitry. After all, if it was just light, you could just, well, add light to get it to work. There obviously is a minimum level of light required for AF to work, but that is much lower.

Actually, I want to change my answer. I suspect that smaller openings (high F#) shrink the basline for the focus chip and there is no phase difference across the chip.

Actually, I want to change my answer. I suspect that smaller openings (high F#) shrink the basline for the focus chip and there is no phase difference across the chip.

I think you were more likely correct the first time with depth of field.  That, and how repeatable the focusing system is, how well the camera can measure the distance to the subject.

I think non-f/8 cameras can focus with extenders, but they just would not do it very well or consistently.  With a large depth of field, high f/stop, there is more room for focusing error, and you can still get acceptable focus.  Better AF systems do not have as much "slop" in focusing at a specific distance at higher f/stops.  If you've ever done AFMA adjustments, you would see this behavior in action.