Hello! I've had my 5D Mkii for about 8 years now. It recently stopped releasing the shutter - it will focus but won't take the picture. After this started happening, it would let me switch to live view a few more times, and now that has become dysfunctional as well. I have made sure of the following:

1) Switched out lenses to see if the problem persisted; it does

2) Taken the battery out and back in; problem still persists

3) Made sure the camera wasn't left in a timer mode or two-hit shutter release, it wasn't

The camera does not give a shutter error message. Any ideas what else it might be? It is possible that the shutter reached its end, but I want to make sure of that before I buy a brand new shutter. It's hard to make sure without an error code.

Thanks for your help in advance! 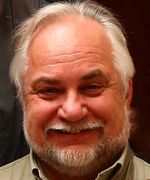 If the remote release does not work, your camera has a serious problem and needs to be repaired. The cost of repair could possibly exceed the approximate $600 value of the camera.

In order to troubleshoot a bit more, put the camera in Manual mode. Remove the lens from the camera and see if that makes any difference.  Try using a remote shutter release plugged into the side of the camera. If the remote shutter works fine, it may just be the shutter button.

If the remote release does not work, your camera has a serious problem and needs to be repaired. The cost of repair could possibly exceed the approximate $600 value of the camera.

Some in this forum have claimed that a shutter replacement isn't that big a deal. $600 might be a bit on the high side.

"1) Switched out lenses to see if the problem persisted; it does

2) Taken the battery out and back in; problem still persists

3) Made sure the camera wasn't left in a timer mode or two-hit shutter release, it wasn't

#1 Good idea but are you sure AF was accomplished? It won't shoot if it can not AF.  That's normal. You can try MF.

#2 Good but are you sure the battery is good and fully charger.  Also check the charger.  These are common problems and can cause your shutter problem if either is faulty.

#3 Right on! But do a full camera reset to factory defaults.

#4 Not the problem so this wasn't necessary and won't help.

Right now first off do my number 3.  Make sure #2 is good to go. Try again to shoot a pic. Still not shooting?  The problem is deeper and probably does need service. If it is a bad shutter, my experience is about $300 bucks. I don't think Canon still services the Mk II but you need to call and ask. Tell them exactly what it is doing and ask for a C&C. 1 (800) 652-2666

If Canon is a no-go call Midwest Camera Repair.

Before you send the camera off for repairs, some other things you might try...

Take out both the main battery and the little clock battery (in the drawer below the connecting sockets). Leave both batteries out for a while... an hour or so. Then reinstall, go into the menu and see if the clock needs to be reset. If it does, you got a complete "reboot" of the camera (much like rebooting a computer to clear the memory).

Alternatively, it's usually possible to speed up the process by turning the camera on and pressing the shutter release button once, while both the batteries are out. This drains all remaining power from the circuitry. However, if your shutter release button isn't working, then this is unlikely to be effective... so you will need to use the slower process outlined above.

If when you put the batteries back in and go into the meny you don't find the date/time need to be reset, then you didn't get a proper reboot and will need to repeat the process, possibly leaving the batteries out for longer time.... maybe even overnight.

If the above doesn't help, try to narrow down the problem.

When you half-press the shutter release button, do things light up in the viewfinder, does the lens focus, does image stabilization (if the lens has it) start working?

If all the other things work when the shutter button is half-pressed, it's most likely a shutter problem.

If all the other things don't work when the shutter button is half-pressed, try pressing the AF On button to see if they work with that. If they do, then it's most likely a problem with the shutter release button.

In the case where the shutter release button is faulty, I'm not aware of it happening with 5D Mark II, but on some Canon models (20D, 30D, 40D, 50D) there's a common problem where the shutter release button over time gets all gunked up with finger oils, dust, etc. and stops working... To the point it will no longer allow the camera to take a shot, very much like you described. Usually this starts out gradually and at first symptoms are a delay.... a slowed release of the shutter... that grows longer over time until eventually it stops working completely. It's doesn't work fine one day and then not the next. It's more of an accumulative problem, over time.

Again, I haven't heard of this occurring commonly with the 5DII, the way it does with those other models.... BUT, if it's what's happened all that's really needed is a good cleaning and relubrication of the shutter release switch,. The best way to do this is to partially disassemble the camera and that's best left to a professional repair tech. However, IF this is the problem and you send the camera to Canon (I don't know if they still repair 5DII, you'll have to check with them), they would replace the switch  with a new one. That's typical of a factory service dept. An independent repairer might instead just clean the existing switch. I suspect Canon Service Dept. no longer works on 5DII anyway, but even if they do... if this is the prob I'd recommend looking for a local camera repair and have them look at it first. It might be a relatively simple fix.

You mention that you can use the LCD and swith to Live View... so it's probably not a problem with the power cirucuits of camera's battery. However, perhaps it's just too low power for the camera to operate normally, due to an old battery that's no longer getting fully charged or due to a battery charger that's not working correctly. Check if the battery level indicator shows a reasonably full battery after it's been charged. This is just a remote possibility, IMO, since I'd expect the camera to fail completely if the battery or charger were the problem.

Finally, you might reset the camera to its factory defaults. This is in case the problem is that you've set something incorrectly. (Unfortunately, doing this will also lose other settings you might have made and you'll have to reset them.)

There are two places to do this... one in the Custom Functions and another in the more general menu. If you look on the third page of the "yellow wrench" menu, the next to the last item "Clear settings" (right above the Firmware Version) will reset most menu settings you've made back to the factory default, select that, and then "okay" the reset. Next look at the "orange custom functions" menu page... the last item on that page is "Clear all Custom Func.". Select and okay that and you're done.

Again, doing this reset may or may not resolve the problem. It will only eliminate the possibility that you've accidentally set something wrong. But it will also lose other settings you've made.