I’m soon to be doing a one-year project of taking photos of people, not only portraiture, but in urban and rural settings as well, so I’m going to need fast glass and quality to get the sharpest photos possible.

I rented a number of Canon lenses and found that all lenses are not created equal.

Your recommendations, please!  What Canon EF or other manufacturer’s EF-Mount lens would you recommend?

My absolute favorite is the Canon EF-200 F2/L but it is a heavy and very expensive piece of glass.  With a 200MM, especially if you use it on a crop body, you will be further back from the subject which to me is generally a good thing since you aren't in the subject's face.

At a more reasonable cost, the 135MM F2 is also excellent and the 100MM macro lens produces very sharp results.   For those looking at a true bargain Canon lens, the "cheap" 85MM F1.8 does quite well while its more expensive faster versions are better.  I have never had the pleasure of using the F1.2 version of the 85MM but there are some complaints about fairly slow AF so that might be a concern depending upon whether you are posing or catching fairly impromptu images of your subjects.

I bought the 200MM F2/L primarily for indoor sports but I love what it does for people with its ability to provide a very shallow DoF with subjects popping out of the background blur.  The photo below is an example of what this lens can produce even when used without great care.  Yesterday I was capturing the warm up of the newly added team kicker just before the homecoming game started when two of the cheerleaders asked me to take their photo together. I had the 1DX M2 set up for capturing fast action so it was still set at 1/800 ISO 1000 instead of a more suitable set of parameters for a posed portrait and given my distance the narrow depth of field doesn't

put both eyes in perfect focus but it gives you an idea of what the lens can do and it is better when a little time is taken for proper setup. 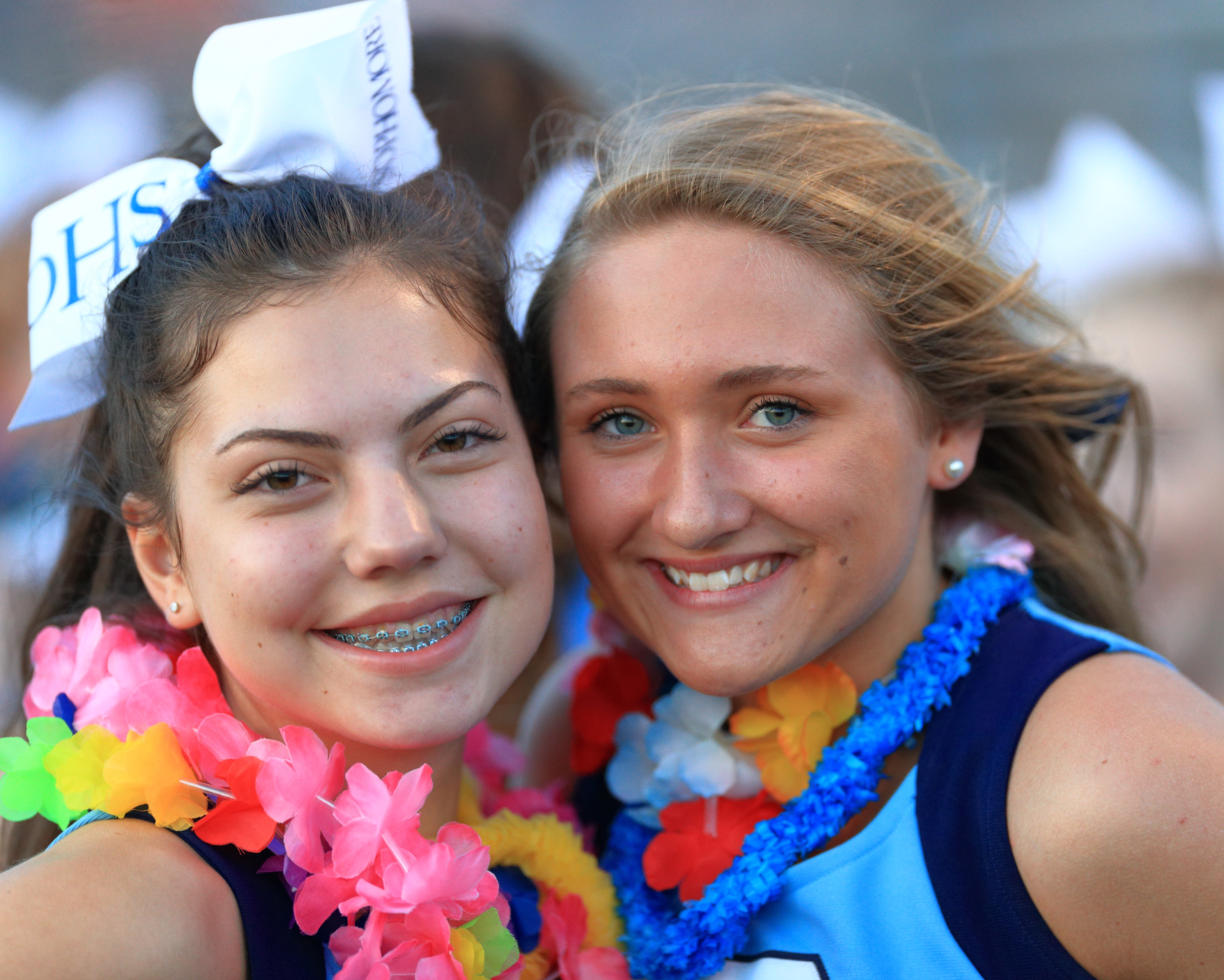 Without knowing your budget, I was going to recommend either the EF 135mm f/2L USM, or the EF 100mm f/2.8L IS USM.  It sounds like you will be mostly shooting casual handheld portraits.  So, you may not want or need to be shooting at f/1.4, or faster.

Given a choice between those two lenses, I would pick the 135mm.  The macro is extremely sharp, but it is not the fastest focusing lens.  I am not saying that it is slow to focus, not at all.  It is simply not as fast as non-macro lenses.

I would disagree.  It is tack sharp, but the AF motors are not fast enough.  So, the lens may overshoot or undershoot focus just a little.  At narrow DoF the result is often soft focus.  At narrower apertures, it still overshoots and undershorts, but the subject will still be within the DoF.  If I have to stop down to f/2.8, then I just as well should use the 70-200, which does a VERY good job at portraits, too.  The 70-200 would actually be my first choice.

Waddizzle: Thanks for your response.

I hate saying that cost isn't a factor as it almost sounds arrogant to me — but it's not for what I want it for.

I have a EF 70-200mm f/2.8L USM which is my go-to lens for doing city walkabouts, but perhaps I need to upgrade it to the IS model or better.  I have noted that the need for flash is necessary for some photos as I'm often traveling about cities at or shortly after sunset — and a flash unit makes camera-shy subjects a little less likely to agree to have their photograph taken.  I also carry the EF 100mm f/2.8L Macro IS USM, EF 24-70mm f/2.8L II USM, and EF 24-105mm f/4L II USM — but rarely use them:  in many cases, f/2.8 simply isn't fast enough, and I'm back to needing a flash: a good prime lens with very fast glass and excellent focus behavior is what I'm looking for.

While I am doing portraits of a sort, I'm not shying away from flaws, blemishes, etc.  What I am looking for is to capture the subject's eyes, which to me makes or breaks the photo by saying something about intelligence, character, and struggle (I know... sounds terrible, but...)  Therein, I need the sharpest focus in less than ideal lighting with subjects that tend to be camera-shy.

Thinking an f2 lens is going to make the difference because an f2.8 isn't fast enough is wrong, it won't.  That is simply a one stop gain which is hardly a make or break advantage. If you think going to an f1.4 is the answer, yeah, a two stop advantage but now you have the extra issue of a super shallow DOF makeing sharp eyes more of a challenge.  Outside on streets and doing walk arounds work especially.

Keep in mind if you choose a lens like the Sigma 35mm f1.4 (super sharp) you will need to get close to your subject.

“Camera shy” makes me think that you need an focal length that allows shooting from a distance outside the typical human “flight distance,” whether candid or posed. That eliminates one of my favorites, the Zeiss 135mm f/2 APO Sonnar, whether the newer Milvus or the previous “Classic,” as it lacks AF.

I recently sampled a SIgma 105/1.4 Art lens, at a local demo day, and was very favorably impressed. I had previously seen some MTF charts that certainly looked good, but cannot recall the site. This one is on my short list. (Hmm; perhaps during the current instant rebate promotion?)

Even though it may not “chart” very well, I love the Canon EF 135L, which makes it difficult, for me, to justify buying the Sigma 105 Art.

An up-to-date 70-200mm f/2.8 zoom makes plenty of logical sense, but I do not own one, so cannot offer experience-based comment.

Edited to add: Oops, I just realized I replied to an older post; so may not be doing any good, for the OP. I will leave my reply here, as this is a common-enough question, so may benefit others.

Lab charts do not tell the whole story. They never did and they never will.

"I’m soon to be ... taking photos of people, not only portraiture, but in urban and rural ... I’m going to need fast glass and quality ..."

"... to get the sharpest photos possible."

The sharpest possible for this type work may not be the best route. Sometimes the 'sharpest possible' can bring out unwanted features or blemishes or make them abundantly apparent.

Thank you.  Think I'll head down to the local rent-a-lens store and try the Sigma 35mm and Canon 50mm lenses you mention. F/1.4 sounds marvelous to me.