The island of Tiritiri Matangi is an open scientific reserve.  It is located in the Auckland Hauaraki Gulf, about an hour's ferry trip from downtown.  It was originally native bush before being cleared for farming, but in the 1970's was taken over by the NZ Dept of Conservation and, with the help of volunteers, a massive replanting program saw the island's native bush returned.  The island was turned into a research facility and wildlife reserve to help bring back from the brink species that are seriously threatened with extinction.

To learn more about the sanctuary see: This Link

Among animals there are the Takahi, a swamp and open country species, of which there are only 350 left in the world.  They are bred on the island and released into their normal habitat in Fiordland and other locations.  Another animal of note is the Tuatara lizard, unique to NZ, which predates the dinosaur at over 250 million years.  One of the interesting things about this creature is that the young have a third pro-eye, located above and between their normal eyes, believed to be to detect the presence of predating birds above them.  They proto-eye is absorbed when the animals mature.

There is a bunkhouse at which scientists and volunteers can stay.  Supporters can also stay there for a small fee and sometimes get a deal on the ferry costs, which are not inconsiderable, at around $80 return.  I managed to get a deal of 50% discount on both and stayed for four days, 3 nights towards the end of September.  I used the time to volunteer and to go out in the morning and evening when the birds are at their most active for some photographs.

Photographing these birds is challenging as they like to stay in the dark recesses of the bush, and while they are not afraid of humans, they are wary of each other, as some species, especially the large Tui predate on the smaller ones.

Apart from the amazing bird images, the island is slowly regaining the dawn chorus: the sound of birds that was so loud it was said that in the morning and evening one could hear the sounds of the birds before one saw the shore.  Listen to it, recorded this week HERE

The following are some images taken over the four days:  all in available light, hand-held using the Canon EOS R5 and RF 100-500 IS USM. 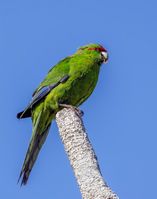 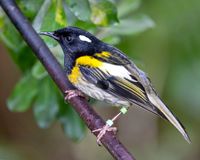 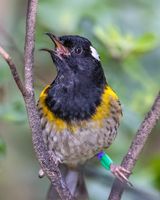 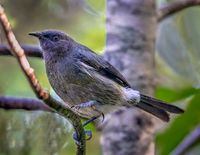 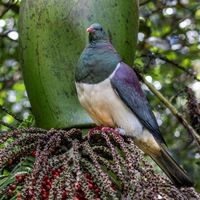 Before you ask us, have you looked in the manual or on the Canon Support Site?
"All the beauty of life is made up of light and shadow", Leo Tolstoy;
"Skill in photography is acquired by practice and not by purchase" Percy W. Harris
"
Me too
0 Likes
Share
Reply
2 REPLIES 2 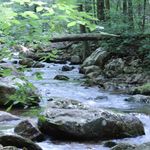 Trevor, you have outdone yourself! Thanks for the lessons on ecology and recovery, the lizard and the birds, complete with names and your camera settings. Cheers.

Thank you for showing your appreciation!! 🙂