Well to be fair I live in one of the more active zones where most of the clubs like to host Fun Fly events & one hosts at least 1 IMAC (http://www.mini-iac.com/) competition. Now that I'm well known outside the zone thanks to the R/C forums & Model Aviation Canada Magazine (The magazine included with our MAAC membership) I have travelled to a few major events outside the zone knowing I'd have flight line access. Wingham Jets & Thunder Thrust (went last year) are the 2 largest jet events held in Canada & both now hope I can attend but both are a day's drive each way so unless I hitch a ride I don't go. When I started shooting the events there was 1 or 2 a month in the area & now it's at least 1 every weekend weather premitting. For the record I had flown R/C in the 70's & early 80's in the field right next door but quit when it was bought & a house was built there. Around that time I got more serious with photography & added a darkroom to my basement.

Back in the summer of 2008 I saw a short piece on the TV news which was about a big R/C event not far from my in laws house which is an hour away. I wanted some panning practice for some Vintage Can Am racing I was planning to attend so decided to drop the wife off at her parents & went to the R/C event. I shared my photos with the organizer who quickly asked me to shoot the event he puts on & I decided to give it a try. That event has grown & my photos are a big part of why. When I saw the amount of goods donated by sponsors I decided it would be smart to be professional about the album I intended to make so I took my time & edited it carefully before putting it on line. The idea was that the photos could be sent to the sponsors, to potential sponsors for a future event & as a reward to the pilots for coming & flying. Back then very few who attended had a DSLR or decent zoom lens so I concentrated on in flight shots & left the static stuff to everyone else. Over time I bought better gear & so have a few others & I do my best to help teach them how to use it  & what settings to start with. The way I look at all of it is I've made a lot of friends scattered over a very large area & their flying lets me enjoy both model aviation & photography at the same time PLUS I'm allowed up at the flight line which is restricted to pilots & spotters.

This is the link to the US sanctioning body and it has a section for events & competitions and just maybe there will be a Fun Fly somewhere nearby that you can attend that has a lot of variety.       http://www.modelaircraft.org/

In the meantime here's a few more static stuff. 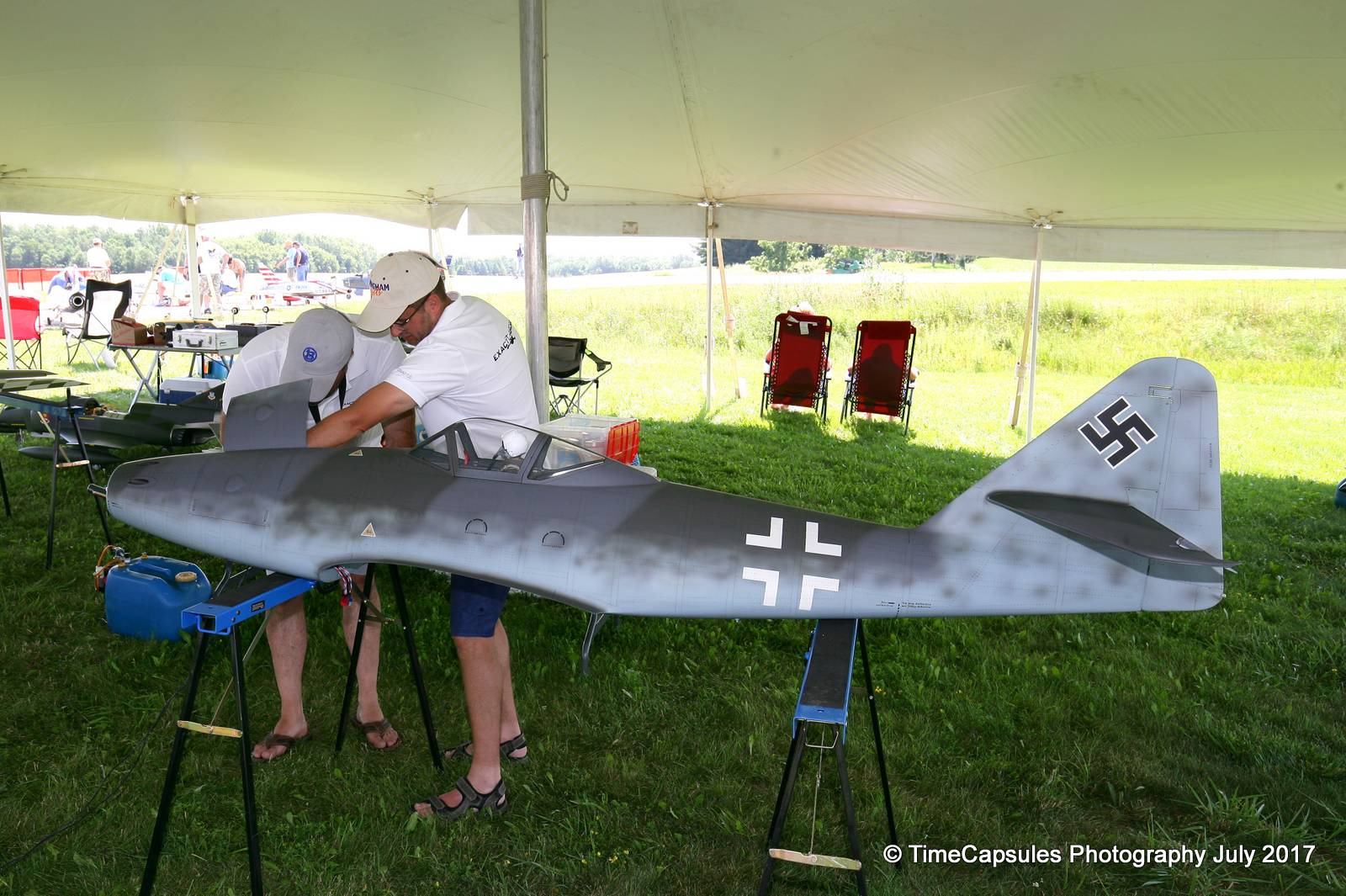 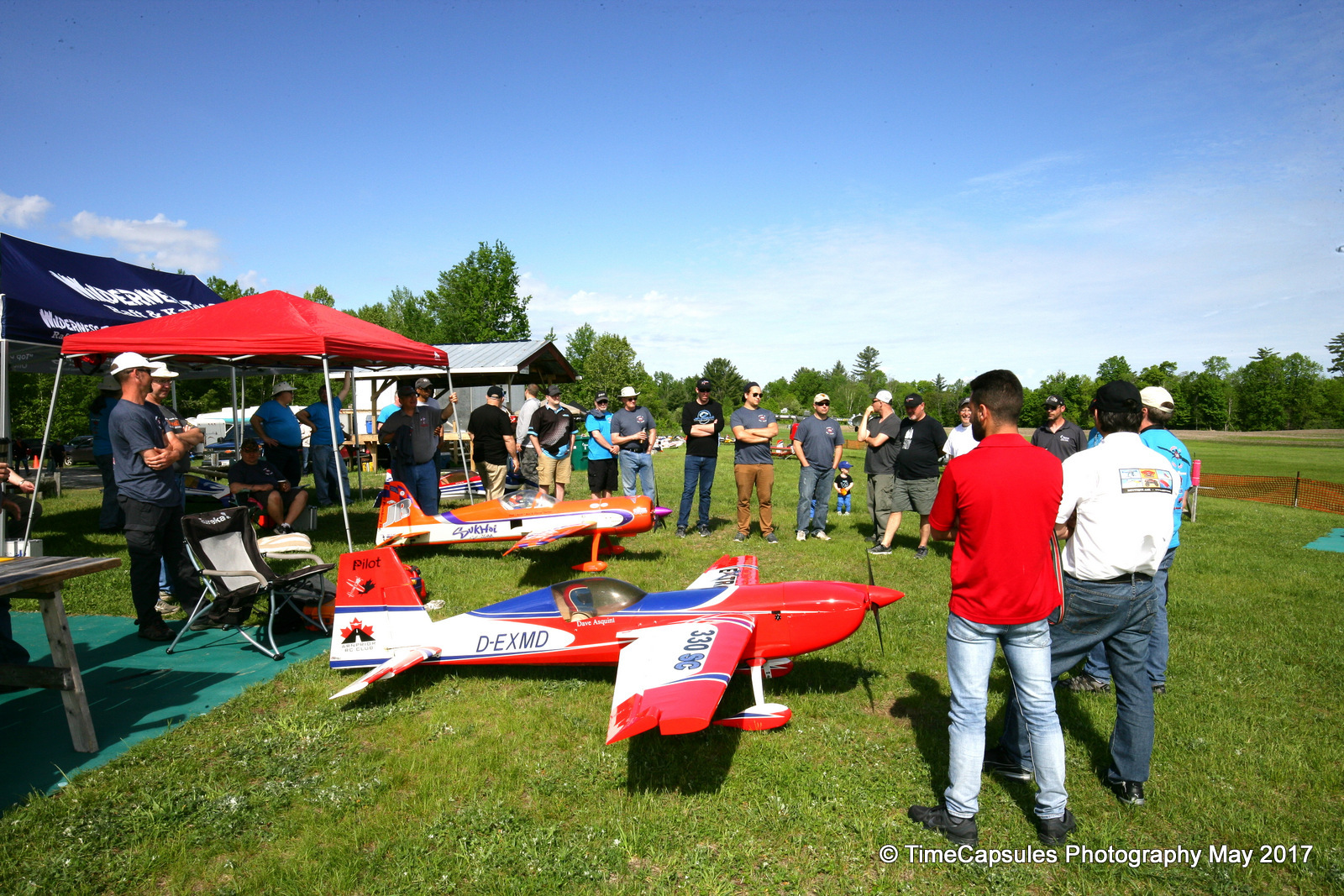 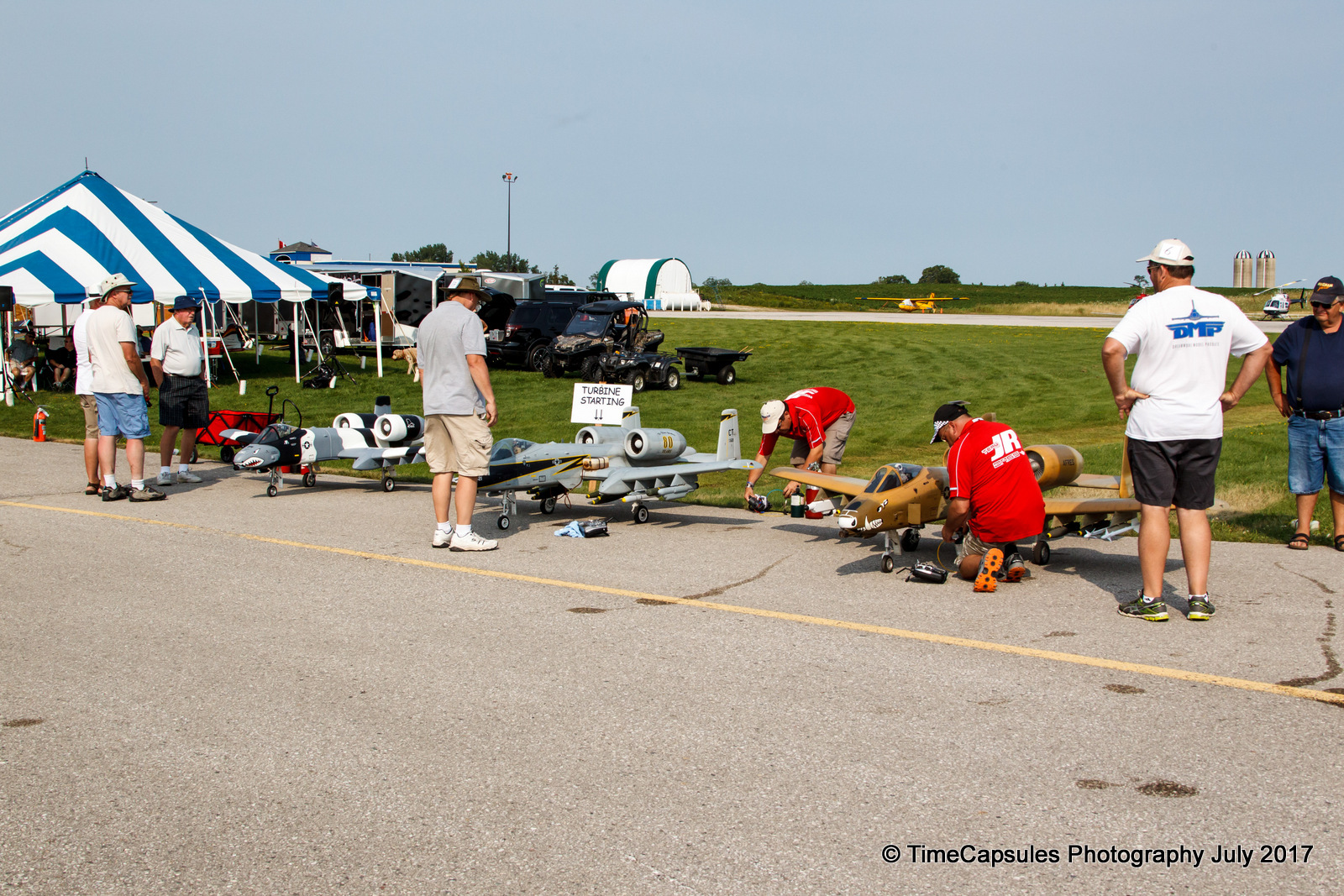 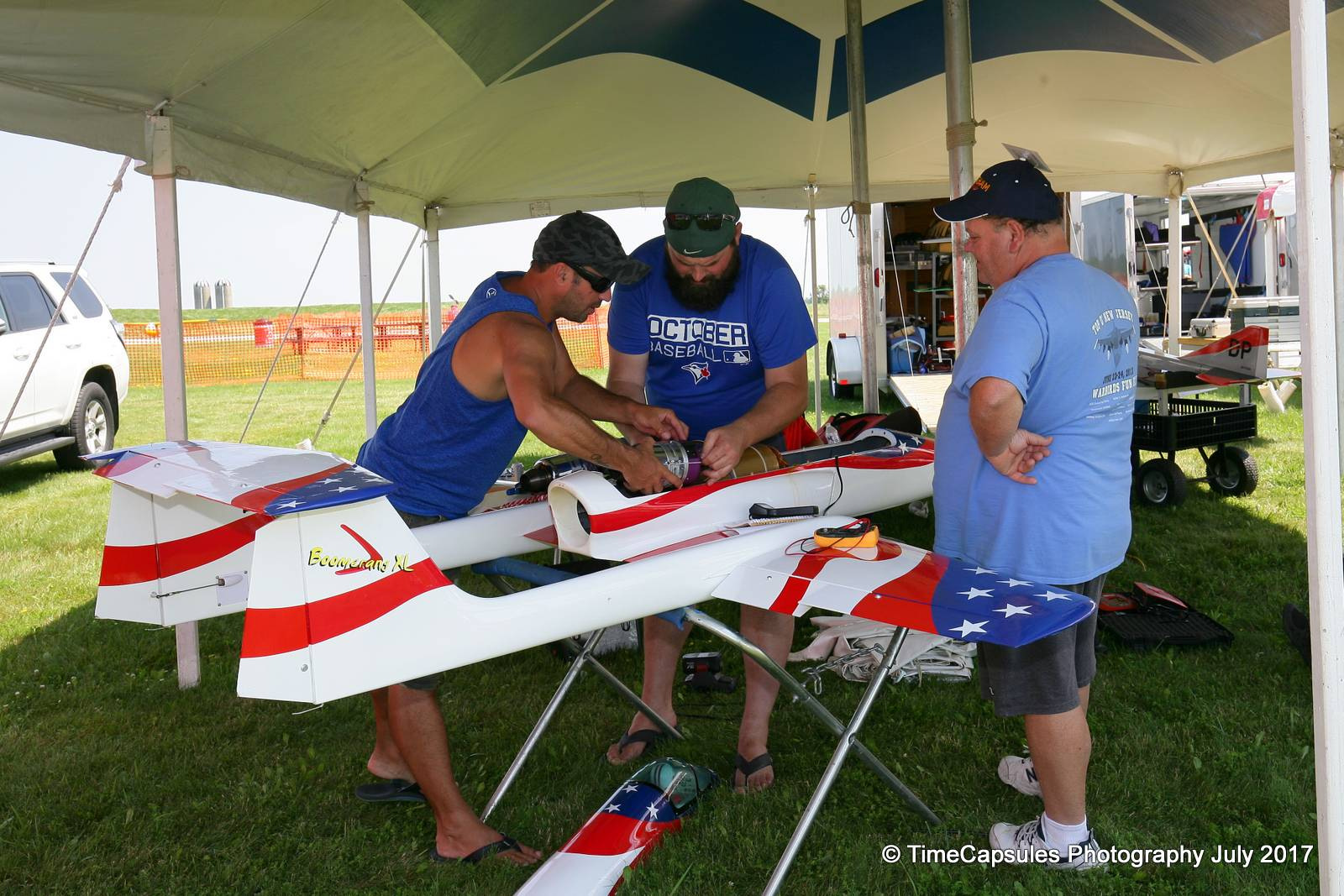 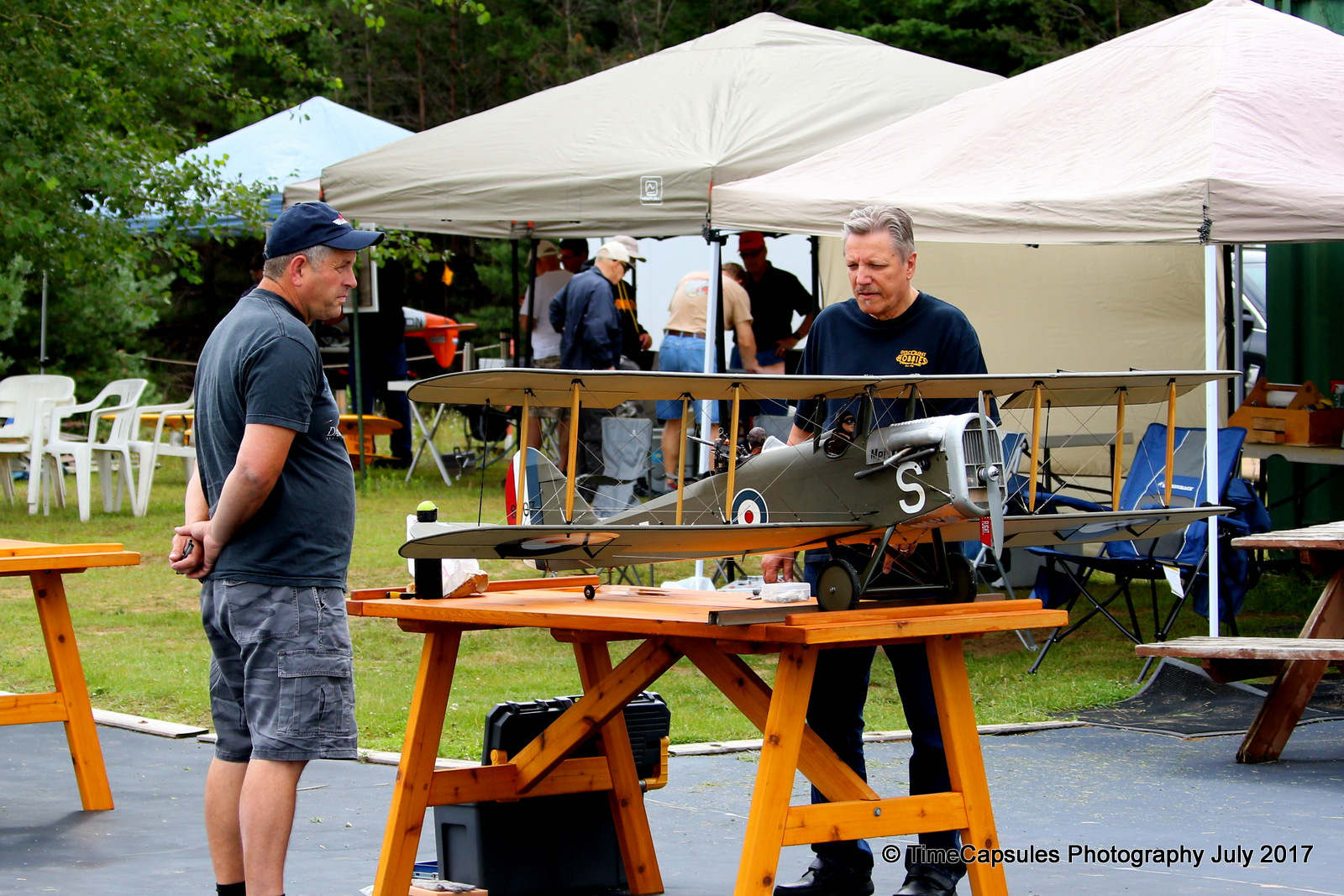 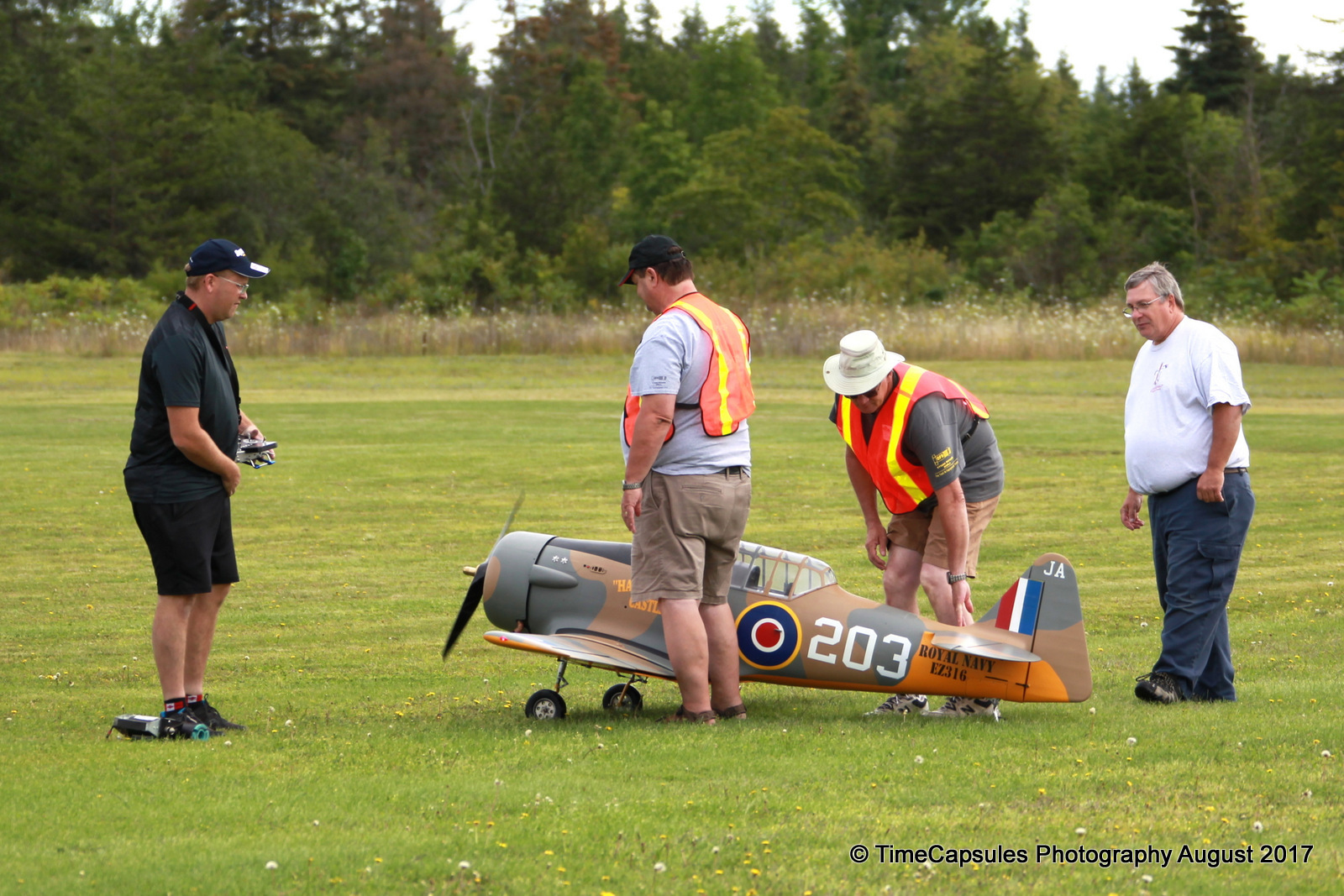 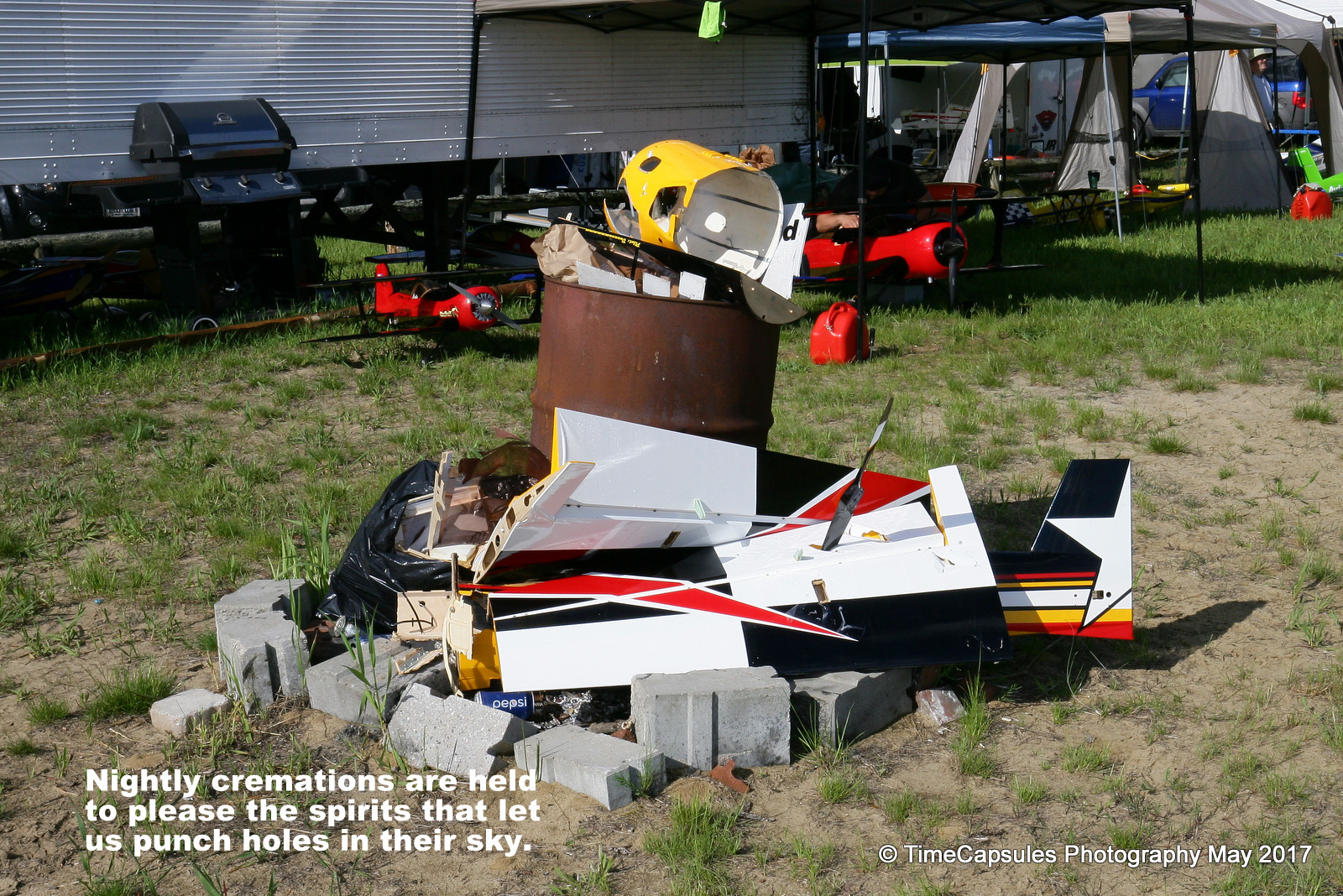 "A skill is developed through constant practice with a passion to improve, not bought."
Report Inappropriate Content
Message 11 of 13 (1,965 Views)
Reply
0 Kudos
cicopo
Esteemed Contributor

This is another way to find events in your area of Canada or the US.     https://www.rcflightdeck.com/advancedSearch.cfm

And the last few photos I planned to add here but if there are any questions I may add more. 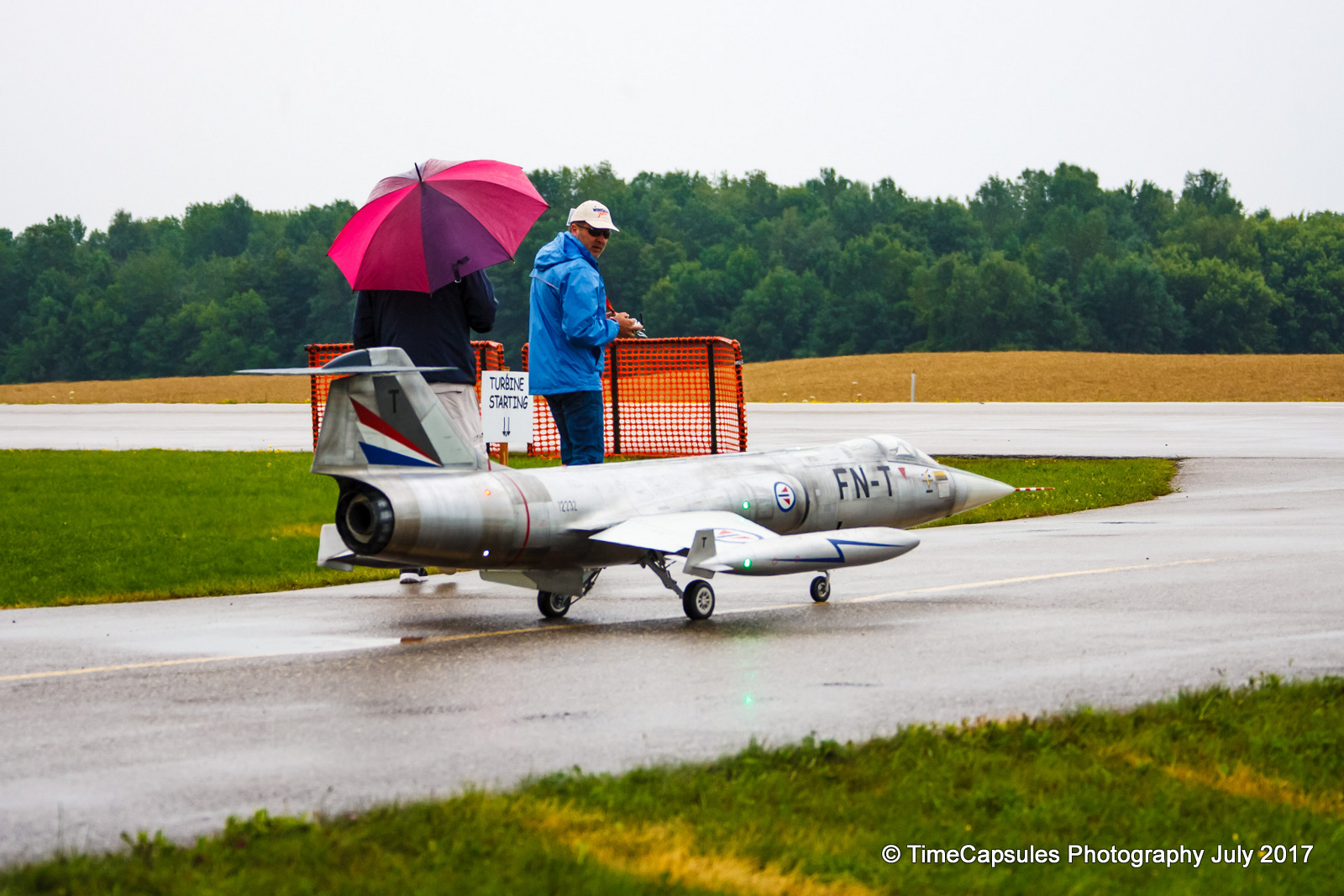 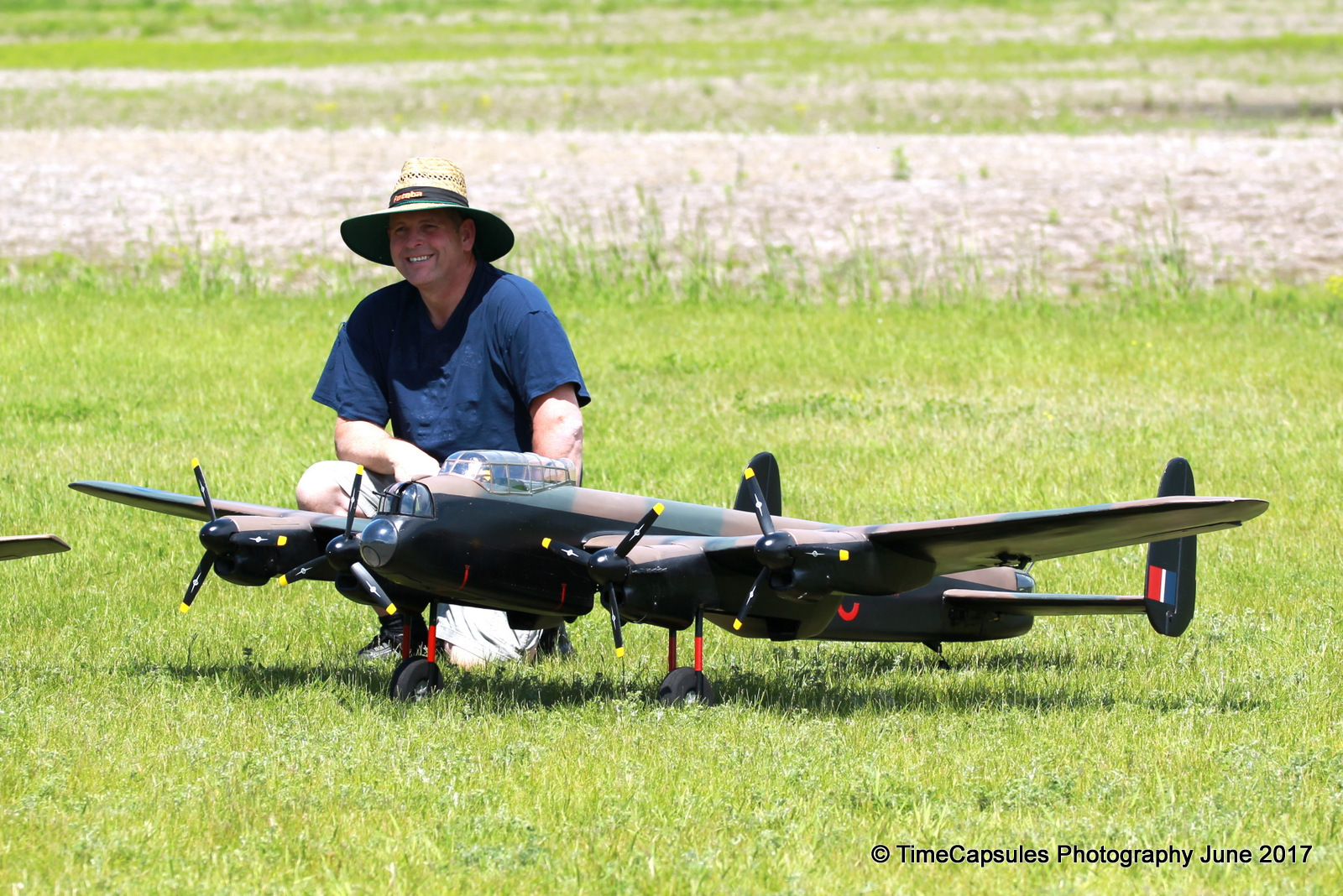 This is the group photo from this years Giant Scale event. It set a new record for registered pilots however  several register but don't fly. As part of your registration you get a set of tickets for the prize draws. You get to pick which prizes (or prize) you're interested in winning & put 1 ticked from each pair in the ticked box for the prize. The big prizes (and there are several) run from roughly $400-$1000 most years. The registration fee also includes a nice T shirt for the event worth roughly what it costs to register. 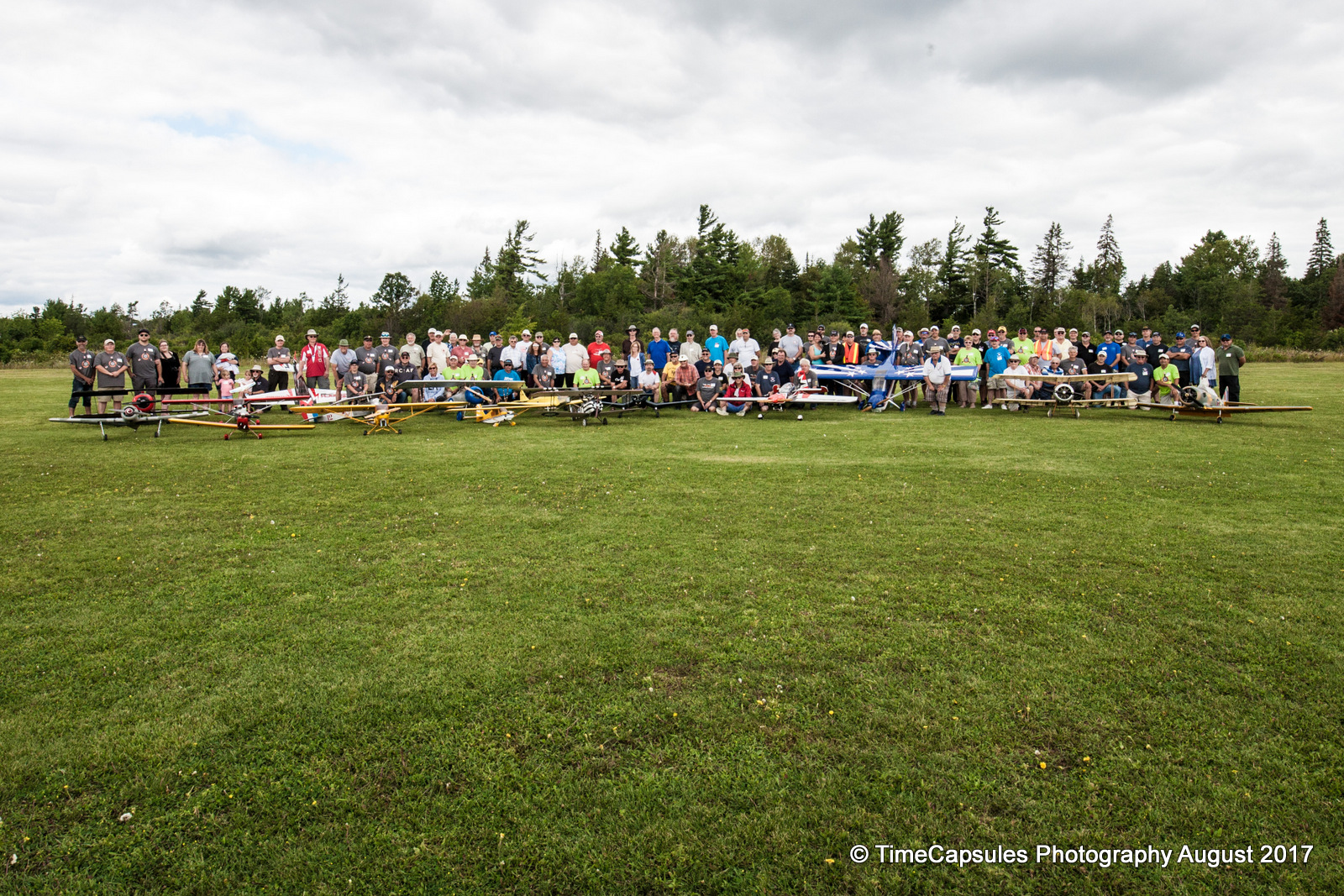 "A skill is developed through constant practice with a passion to improve, not bought."
Report Inappropriate Content
Message 12 of 13 (1,956 Views)
Reply
0 Kudos
cicopo
Esteemed Contributor

One more thing to add. If anyone out there is thinking this might be a good way to make a bit of money by submitting articles & photos to R/C magazines be warned there aren't many left. Also know there are far more big events photos could be submitted from each month of the season than pages in the magazines that aren't dedicated to advertising. You may sell a few photos to the pilots but in general you won't make the money you spend on gas to get to the events.

"A skill is developed through constant practice with a passion to improve, not bought."
Report Inappropriate Content
Message 13 of 13 (1,952 Views)
Reply
0 Kudos