Why the people from Canon had the bad idea to bundle videos together as automatic default setup ? 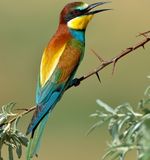 I used Canon cameras until May 2017, then I bought in July 2017 a Nikon P900 and I am happy with it.
Since last week, meaning September 2021, I started to use a Canon ELPH 360 HS belonging to my company, for field surveys for my job.
This Canon ELPH 360 HS has the idiotic feature to group together videos as default feature, and I could not find a setting to end this stupid thing. Grouping videos together is exactly the opposite to what I need. I have to waste time to break this bundle with a video editor.
Today was my third field survey with this idiotic camera Canon ELPH 360 HS.
From now on I will take my personal Nikon to do my job for the company.
I will not touch a Canon camera again until I will learn that the company discontinued this idiotic video bundle feature.

Read the manual. I believe set the camera to P and you will be in regular movie mode.

Read the manual. I believe set the camera to P and you will be in regular movie mode.

Spot on! But it's sort of a shame that he can't simply switch the camera out of "Hybrid Auto Mode, seeing as how he's vowed "to not touch Canon camera again until I will learn that the company discontinued this idiotic video bundle feature".

"kvbarkley", thank you for the answer.