Please can someone tell me if there's a spot focusing option? My previous camera had this and was great with macro on insects. But this camera just wants to focus on the bacground even with the focusing rectangle over the object. Many thanks.

There is not a function specifically called spot focus in this model, but you are able to change the size of the AF frame when using FlexiZone AF so that it prioritizes a smaller focusing area. This is listed under "Changing the AF frame mode" on page 82 of the user guide (http://gdlp01.c-wss.com/gds/3/0300016133/01/pssx60hs-cu-en.pdf) and it should let you make the AF zone fairly small. Hope this helps!

Many thanks. I've had the camera on FlexiZone all the time and it still tries to focus on the background. It's impossible when trying to focus on, say, a spider in a web.

Don't be discouraged. That's a common problem with digital cameras, but it's far from impossible. It definitely takes some practice though. The SX60 (or SX40, SX50, & SX70) tries to make a "smart" guess on what you want to focus on but it's not always right as you have already discovered. One thing the camera's focus seems to be attracted to are areas in the image with higher contrast. You can sometimes outsmart the "smart" autofocus by taking a look the background behind your subject. If it is too high contrast or too "busy", sometimes that can be resolved by just taking a step or two to the right or left so the background behind your subject moves to the left or right and you can find a place that doesn't distract the camera from focussing on what you are aiming at so much. I have found spot metering is usually helpful in these cases. You might have to adjust or lock the exposure in some situations to get a better image that has a better tonal range since spot focus only looks at the portion of the image area you are trying to focus on.

Another thing that may help with your spider photo, is try to choose a time to photograph during early morning "Golden Hour" or late afternoon when the highlights and shadows aren't as harsh. The grey butterfly and dragonfly examples I attached were taken mid day in harsh sunlight which increased the difficulty of getting a nice tonal range but with wildlife, sometimes you have to take advantage of a brief opportunity before it disappears!

I am attaching a few samples I took with my SX60 that had a problematic backgrounds that tried to gain "center stage" over what I was trying to photograph. It took quite a few tries, but eventually I got the camera to focus on what I wanted it to. 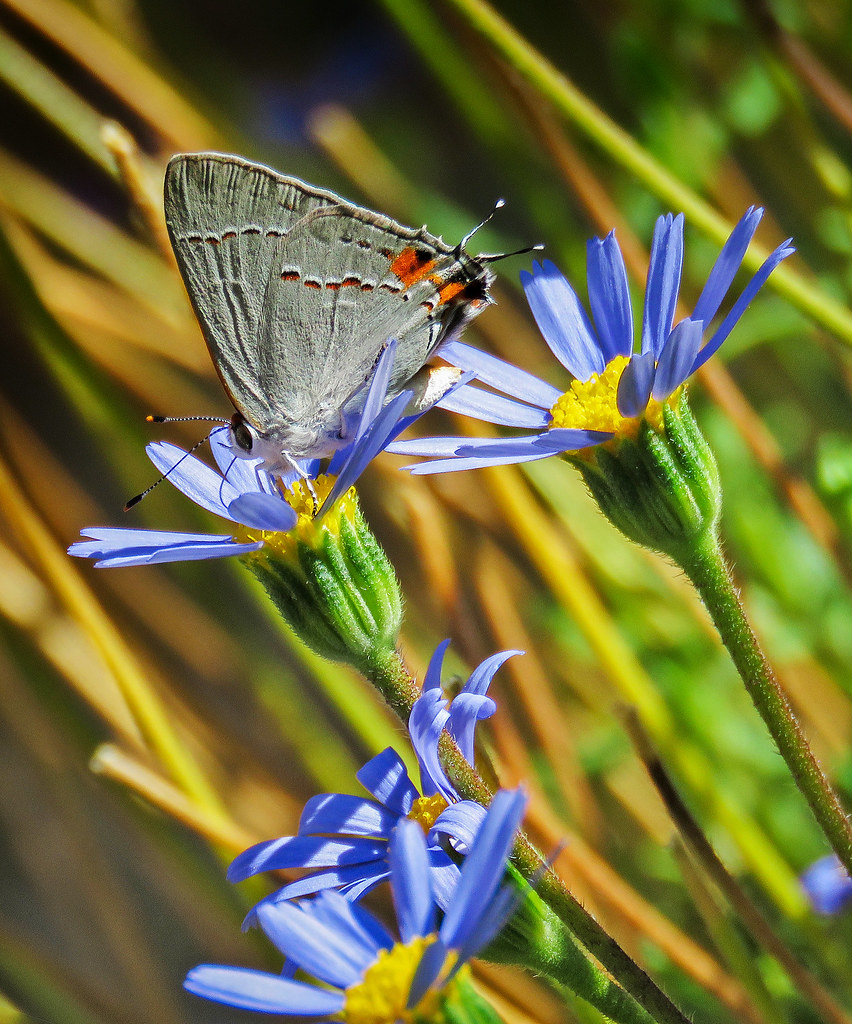 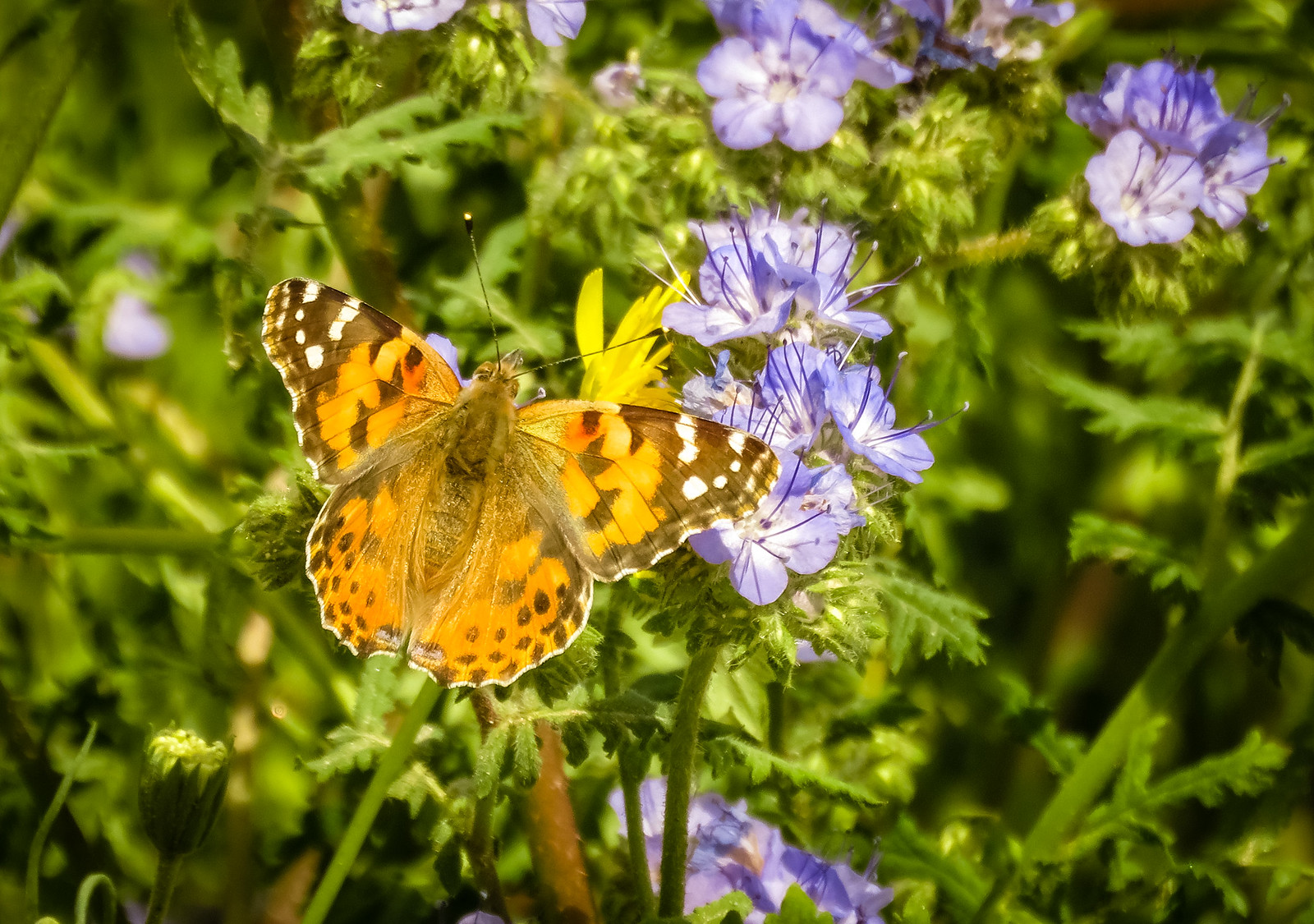 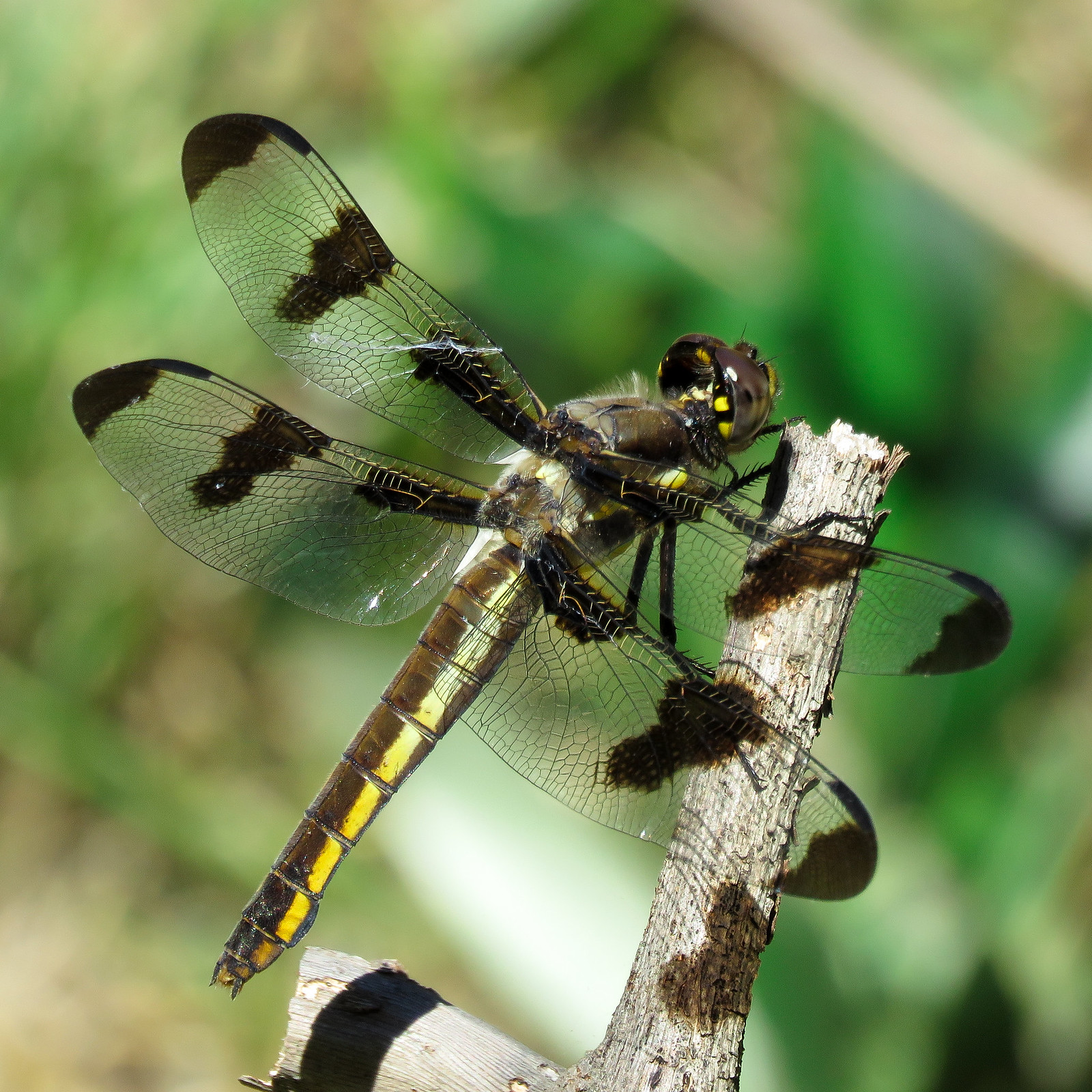 Very many thanks. 🙂 They're fantastic photos. I'll try spot metering. It's a shame the camera hasn't got spot focusing, as with my old Canon bridge, as this is such a useful feature.

I usually use Program Mode with Spot Metering for these types of subjects. You can try AV Mode also which will allow you to adjust your depth of field a little to soften the background. In either mode, you can try standing a little farther away from your subject and zoom to focus on it which will help to give you a softer background. I'm no photography expert by any means, but this is what has helped me with my SX60. Hope this helps!

I've had good success using Flexizone to control the area of focus in Program mode with my SX50HS. Your SX60 has it too and it is explained in your manual.

You might try changing your metering mode to Spot instead of the default Evaluative if the camera keeps wanting to focus on something other than what you are trying to capture. I've had good luck with that when trying to get the camera to focus on birds that are in front of or behind high contrast surroundings.