I set up a tripod and attempted to frame the scene the same way.  Settings of my current gear: 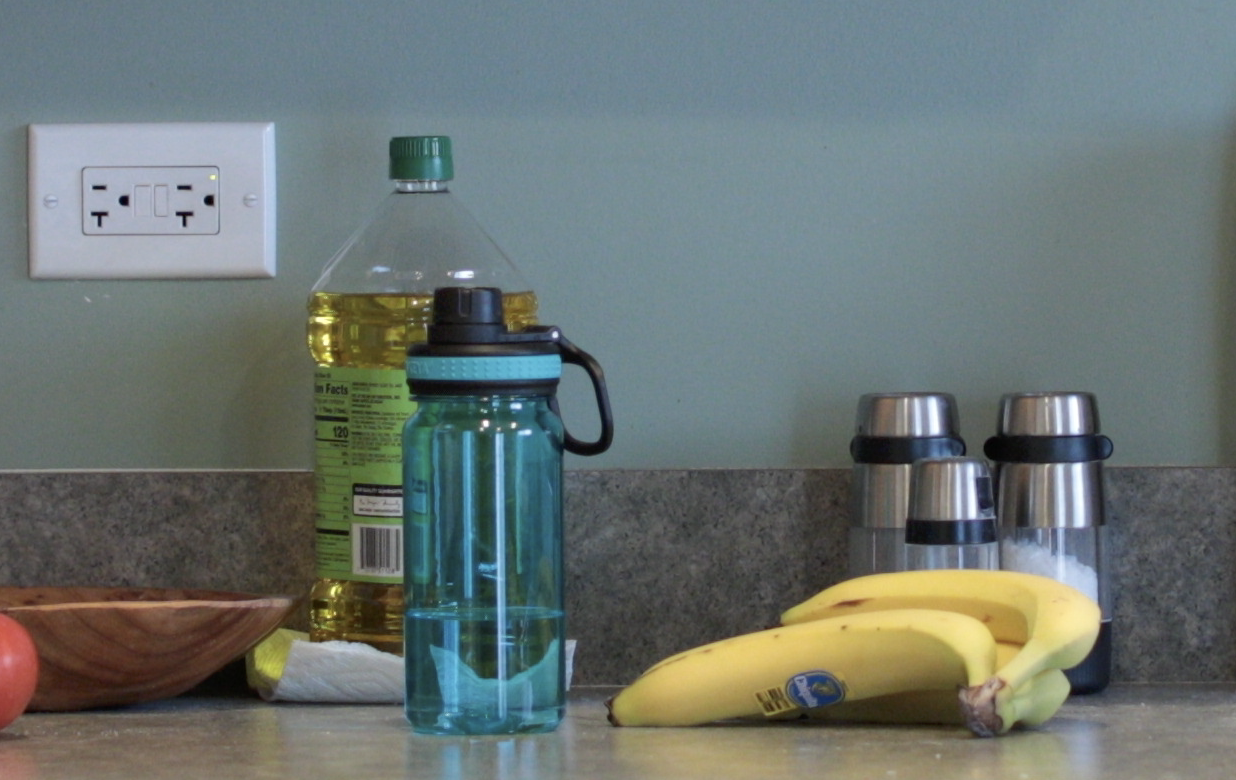 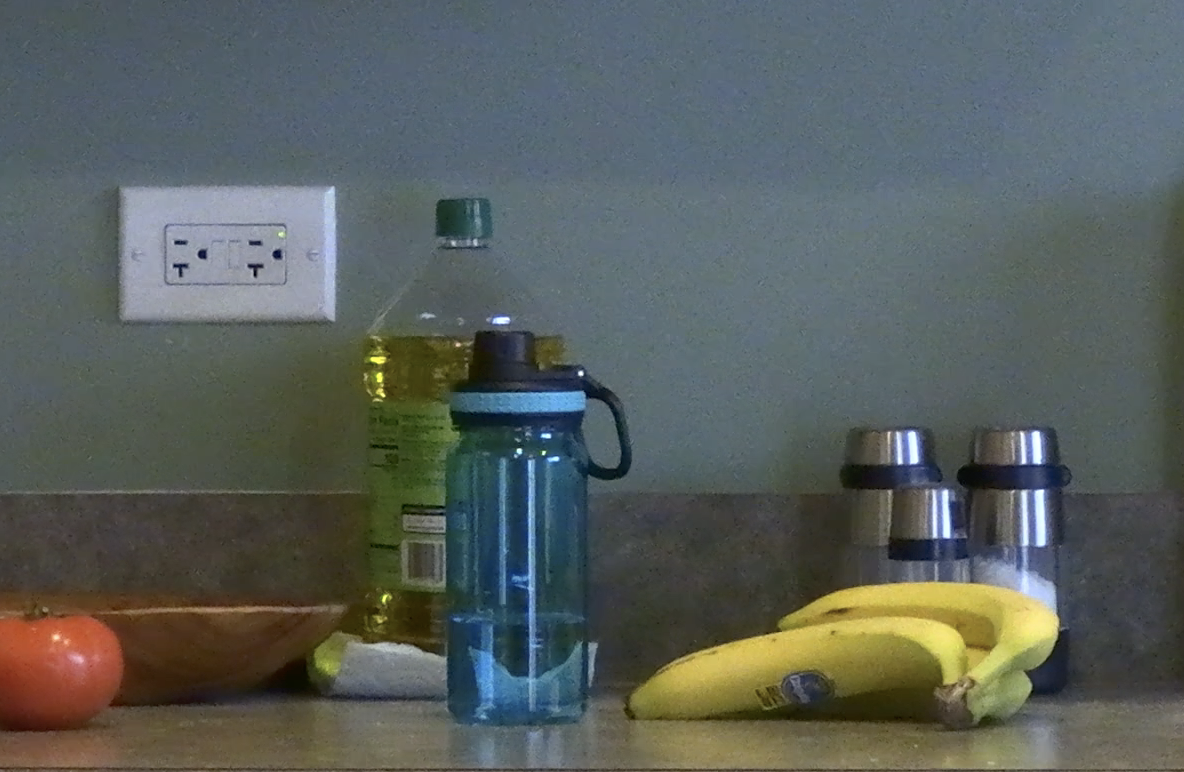 And now some magnified images.  First, the 5D again: 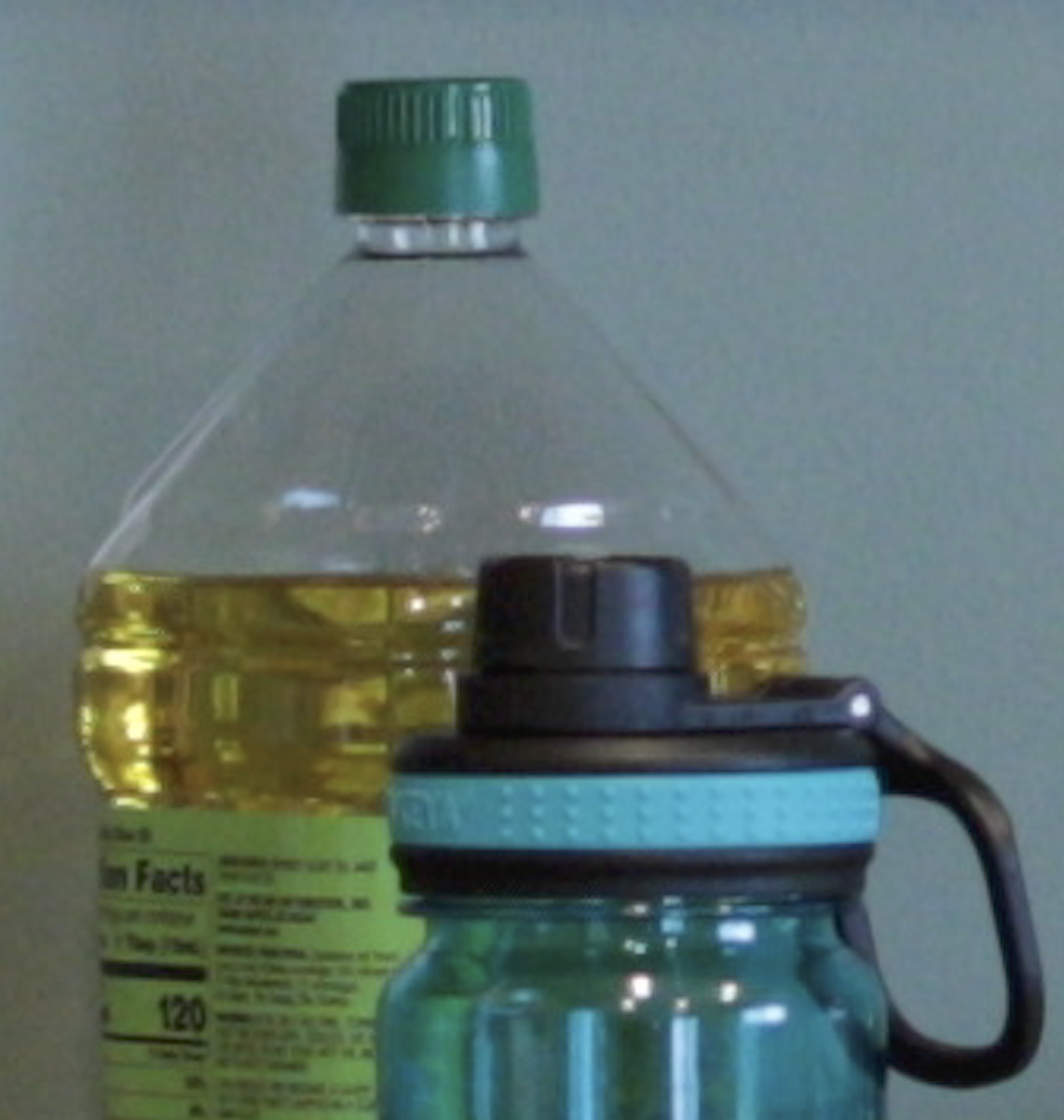 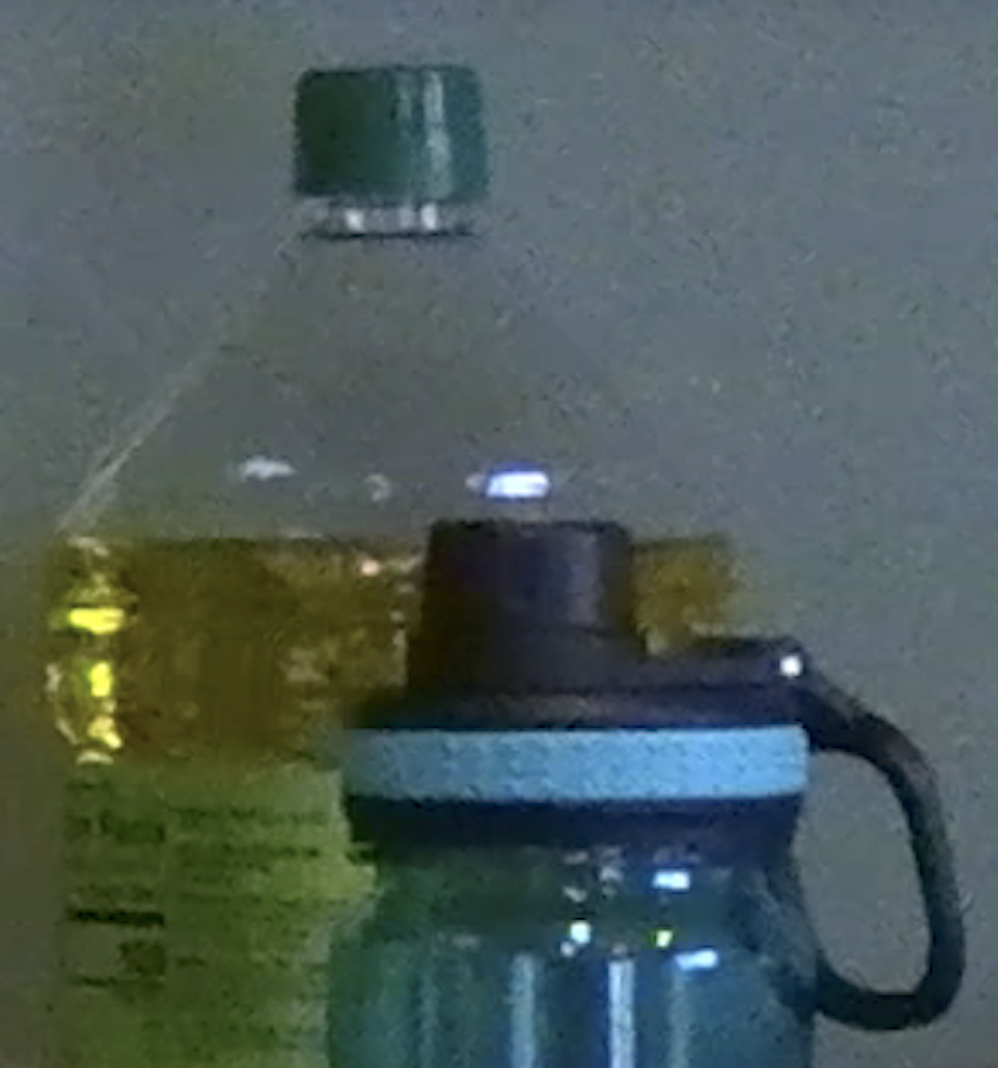 The Vixia maxes out with a Gain of 24 dB.  That would then be ISO 1600.  You can already see a huge amount of noise.  And for dark scenes, the only way to try to compensate would be to drop the shutter speed.  But if that's then below 1/24 s, the footage is rather useless.

The C70 will have at least 3 stops of ISO (up to 6400) while footage would still be very usable (much cleaner then the Vixia samples above).  Plus, its DGO sensor along with the bigger photo sites should even lead to cleaner footage than the 5D IV.

For reference, here's a graphic I made showing the various sensor sizes of various equipment along with the relative sensor site sizes. 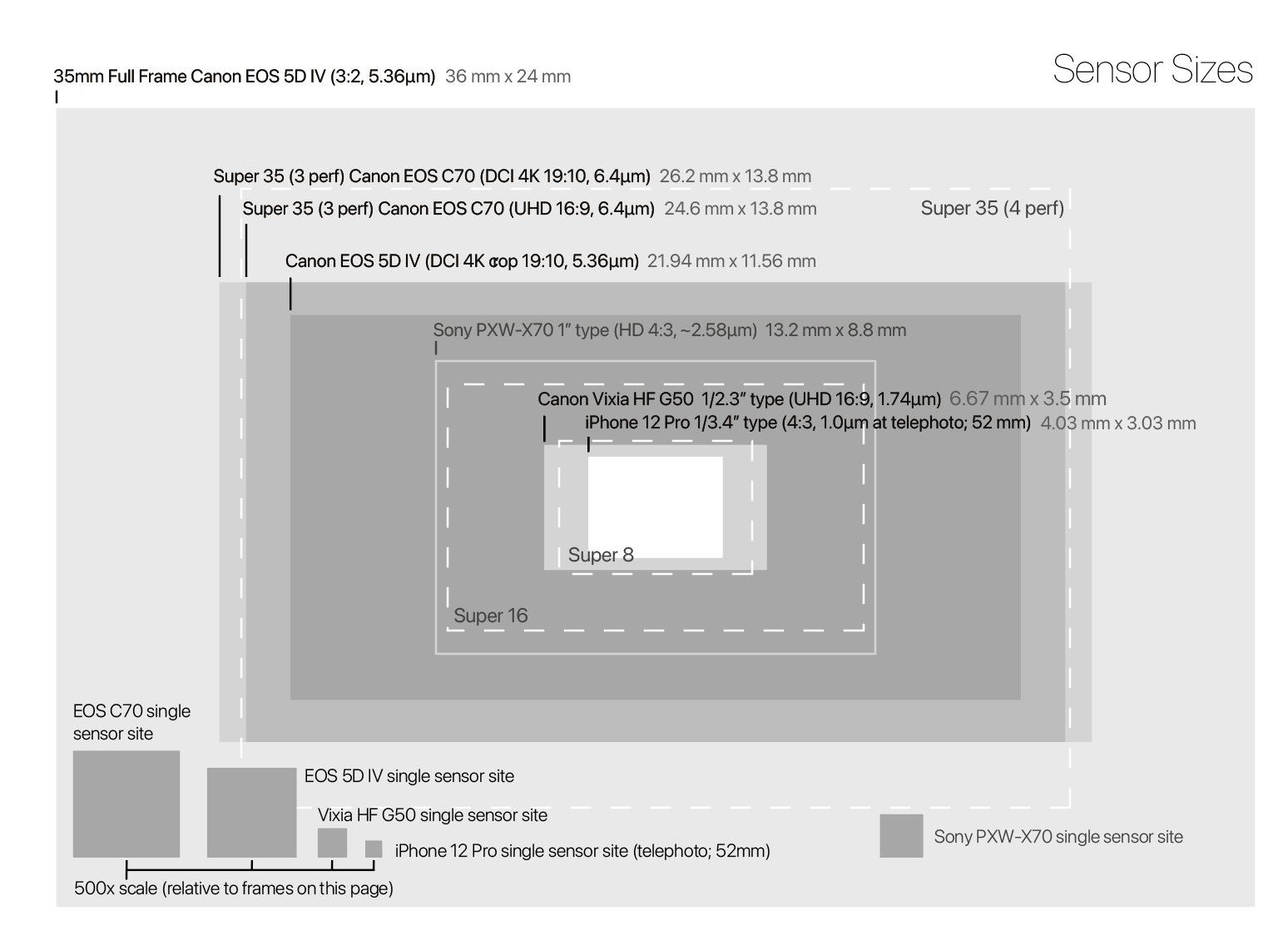 I think you're going to like the C70.  You can define shutter speed as you would with a DSLR, or as a shutter angle.  I have found a preference for shutter angle with my C100.

Yes, I do prefer shutter angle.  I briefy owned a Sony PXW-X70 and enjoyed the more video-centric sets of features.  And so looking forward to having controllable built-in NDs again.  The Vixia HF G50 has internal NDs, but one doesn't have direct control.   With a fixed shutter and gain, as you stop down the aperture, once you reach around f/5.6, it will then automatically apply more and more ND.