Auto-suggest helps you quickly narrow down your search results by suggesting possible matches as you type.
Showing results for
Search instead for
Do you mean
Reply
Topic Options
igmonster
Occasional Contributor

Previously posted about this. Purchased an 80D at Costco in June of 2017 w/ an 18-55mm and 55-250mm lens. Camera died in March of 2019. Sent it in for repair. They replaced the PCB ASS'Y, MAIN W/LI BATT and the repair cost me $398. 3 months after the 6 month repair warranty ended the camera died again. Sent it back in and was quoted $355 for repair. Spoke to a supervisor and was offered a discounted repair price of $170. I stupidly declined the repair and got the camera back, obviously unusable. Started looking at other cameras over the ensuing months and realized purchasing a new comparable camera was going to cost a lot more than $170 LOL. Just sent it back to Canon hoping I could get the same repair deal. They quoted $355 again and offered a discounted price of $270, the lowest they would go. I decided to pay it and go ahead with the repair because I really miss the **bleep** camera. Cost me an extra $100 but that's on me. Hopefully, this repair will last a lot longer than the 9 months the first one did. I also noticed that they now only quote the price for labor without listing any of the parts needed for the repair. Asked about that and was told they charge a flat rate for repairs where in the past they would quote one price for labor and one for the parts needed. 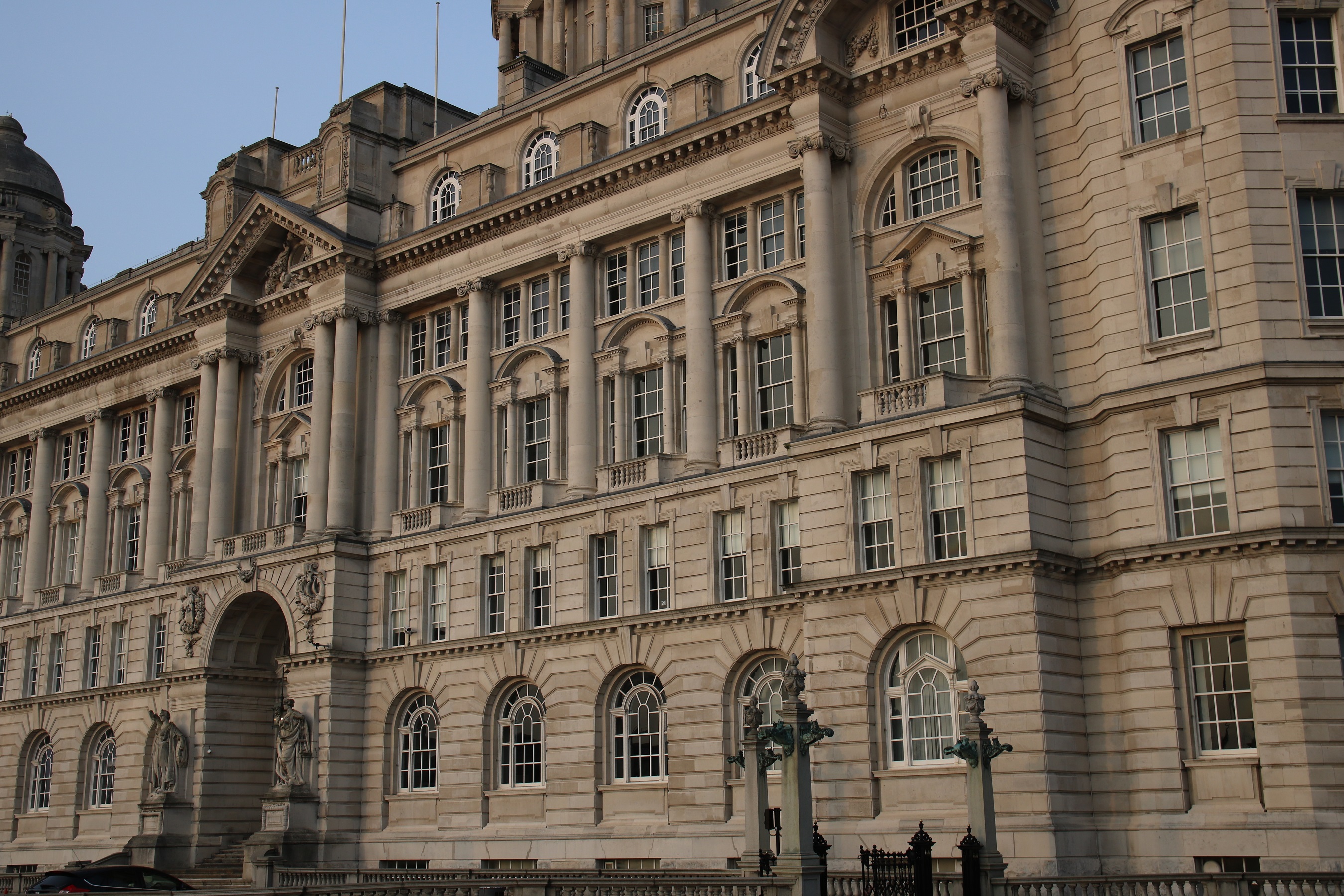 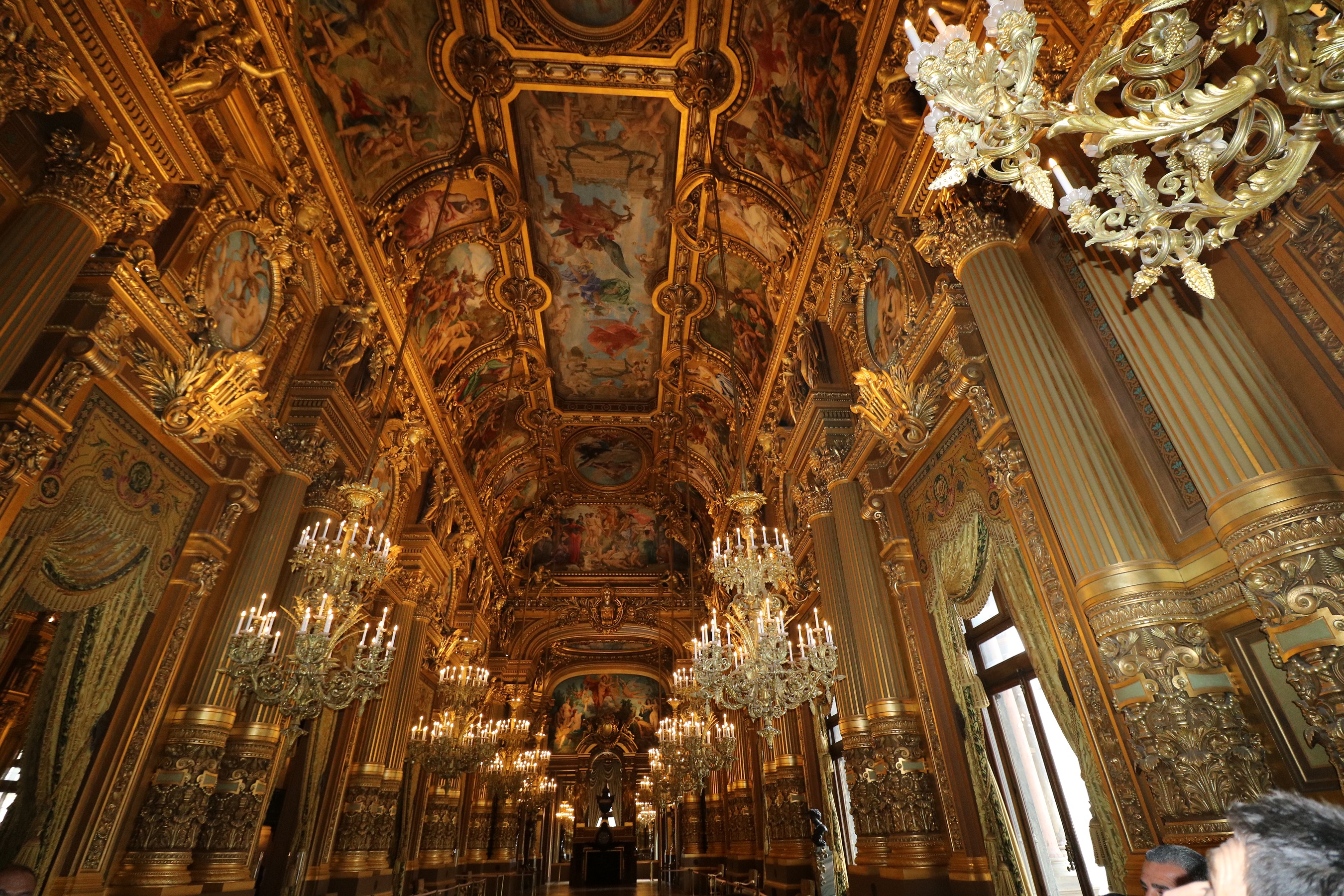 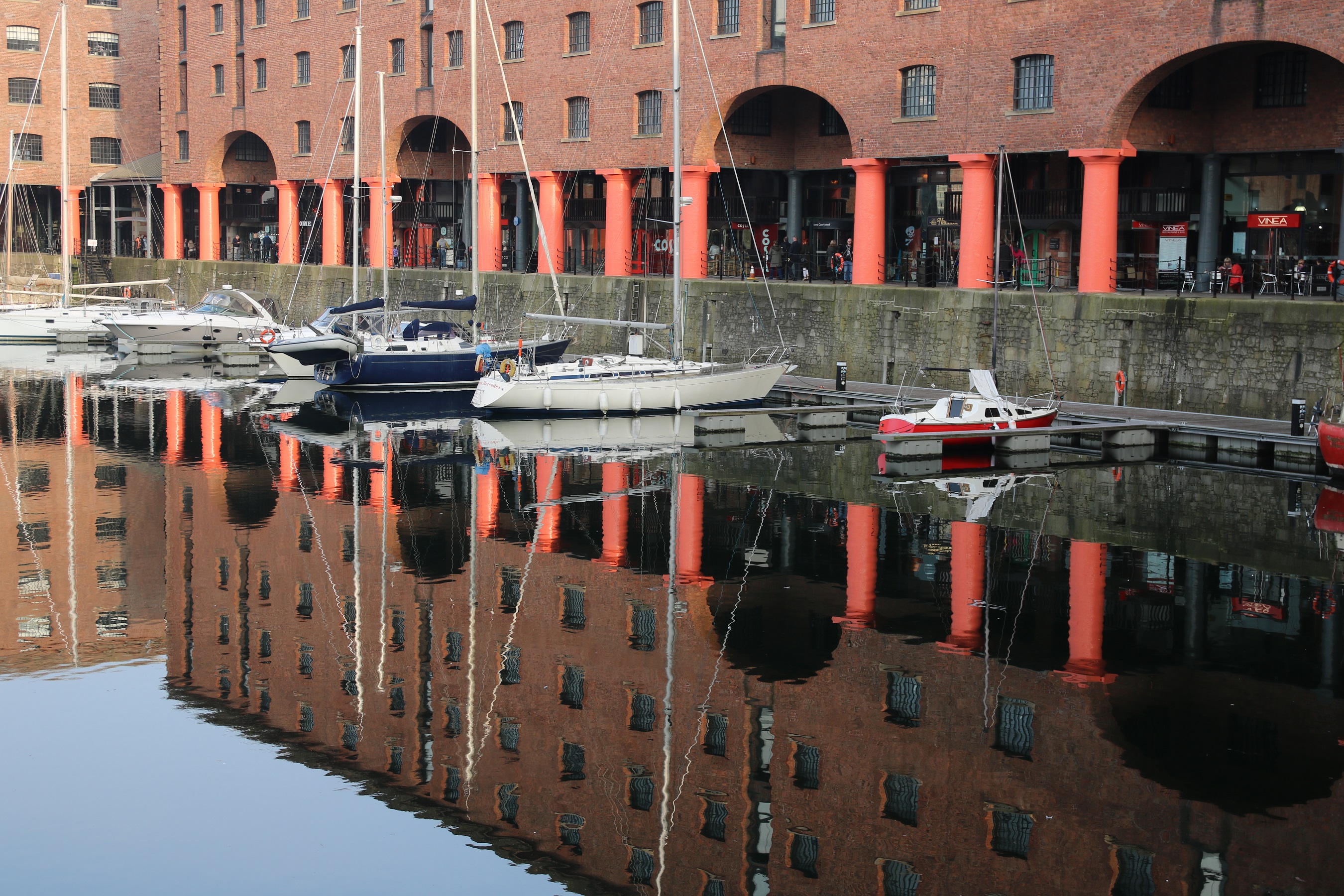 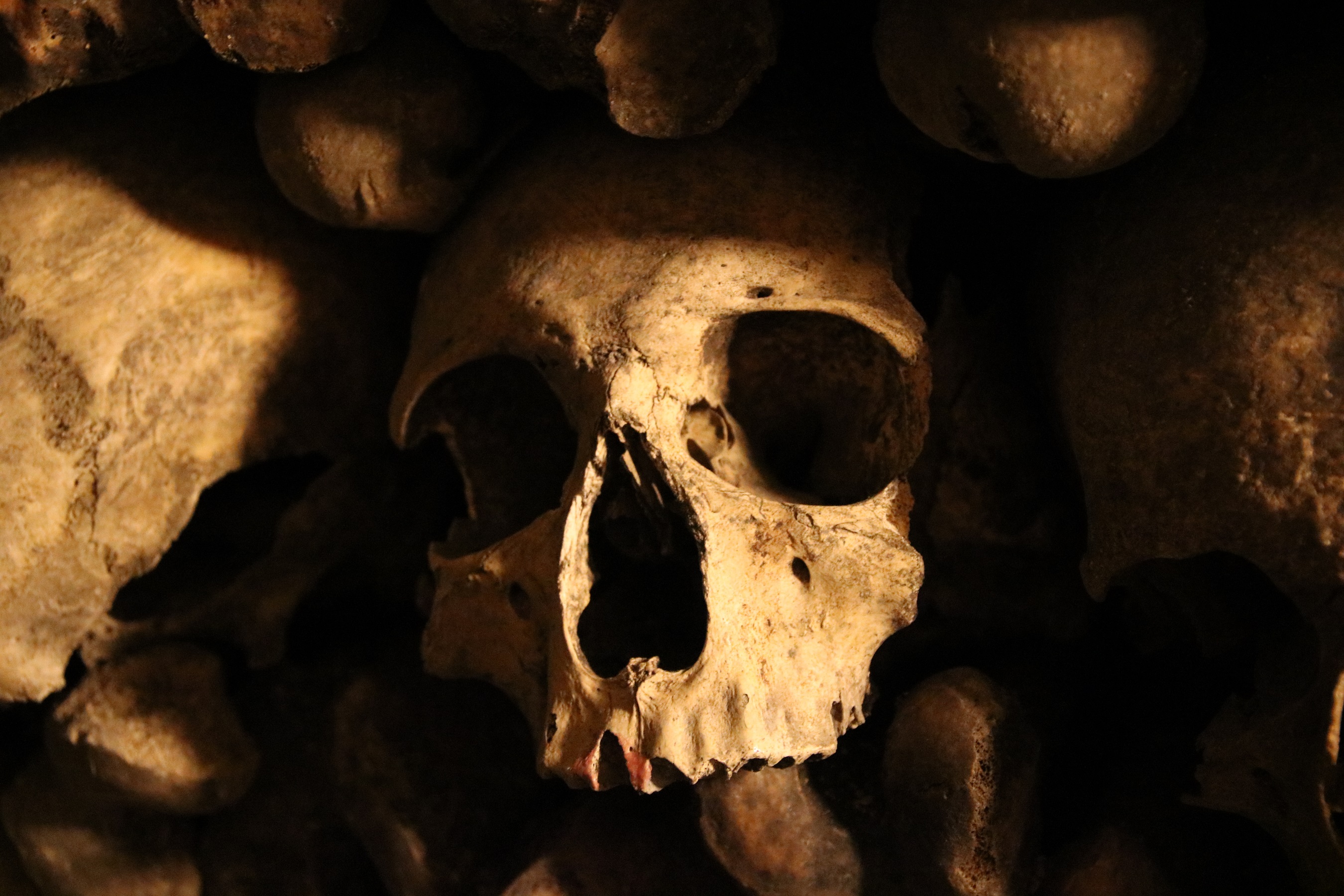 Thanks for the info and great pics !!!!

I think I remember your previous thread.  It sounds very familiar.

I have really liked the updated EF-S 18-55mm f/3.6-5.6 IS STM lens that has been included in Canon's 80D camera kits.  It is a vast improvement over the EF-S 18-55mm f/3.5-5.6 IS II lens still being included in the most basic entry level Rebel camera kits: most currently like the T6 and T7.  Notice that these are the bodies that lack Dual Pixel AF image sensors

My only knock against the lens is that it is slow, and not optimally suited for low light or indoor use.  Otherwise, it is a remarkably sharp lens, which has been optimized for shooting video with DPAF image sensors.

I have similar knocks against the kit 55-250mm lenses.  Both lenses are great for shooting short video clips of the kids and the family pet running around the backyard, which is probably how the vast majority of users will use them.  I think the only people with valid complaints are the photo enthusiasts, whose artistic growth is stunted by the kit lenses.  In short, both are too slow.

So, what is good lens to replace the two that came with your original camera kit?  Such a lens does not exist.

Those lenses covered a range from 18mm to 250mm.  There are a couple of third party zooms that cover close to that focal range.  They are noticeably worse than the original kit lenses.  I think Tamron makes one, and there are a couple of others.  Canon included two lenses to cover that wide range of focal lengths for a very good reason.

When it comes to a zoom lens, they have dramatically improved over the past few decades, most especially since 2000, and once again since the early 2010s.  There is one thing about these zooms that has pretty much not changed.  If you look at the ratio of the longest to the shortest focal lengths offered by a given zoom, all of the best zoom lenses have zoom ratio that are roughly 3:1, or as much as 4:1.

Seduced by the latest discounts, I recently purchased the Canon EF-S 17-55mm f/2.8 IS USM, only because I was curious as to whether or not it lived up to all of the praise that keeps getting heaped on it.  Let me tell you, the praise for its' image quality is well deserved.  I am not a fan of its' build quality, not as much as the EF-S 10-22mm f/3.5-4.5 USM.

I want to note that I would not recommend either of these lenses if video is important to you.  But, that is another topic.  I am speaking strictly from a photographer's perspective, not for a videographer.  In short, stick to STM zoom lenses for video, not the STM primes, just the STM zooms.

It is too bad that neither the 17-55mm, or the 10-22mm, is weather sealed,  Otherwise, these two lenses are easily the best EF-S lenses has released, and by a wide margin.  I have only one APS-C body, and four full frame bodies.  As good as the EF-S 17-55mm lens is, I have the [bad] feeling that it will see little to [no] use on my 7D Mark II, which I use mostly for outdoor action photography.

There is what is known as the "holy trinity" of three zoom lenses, [which] every professional photographer would want to own.  Most amateur photo enthusiasts would want to own at least two of those lenses.  The Canon equivalents ranges are 16-35mm f/2.8, 24-70mm f/2.8, and 70-200mm f/2.8.

Canon makes EF-S mount equivalents for the first two lenses, but not for the most versatile of the bunch, the 70-200mm.

The 17-55mm zoom range is almost an ideal "work-alike" for the classic 24-70mm standard zoom range for a full frame sensor body camera.  For that reason alone, it is a good choice, but not what I would consider to be the best investment.  I would recommend Canon's EF 16-35mm f/2.8L IS III USM for that range of focal lengths.

"Doctor told me to get out and walk, so I bought a Canon."
Report Inappropriate Content
Message 4 of 9 (622 Views)
Reply
2 Kudos
Waddizzle
VIP

Hey, Rick.  Are you a Goonie?  Thanks to my sons, I am a proud Goonie.

Those are some great images, BTW.

"Doctor told me to get out and walk, so I bought a Canon."
Report Inappropriate Content
Message 5 of 9 (609 Views)
Reply
0 Kudos
igmonster
Occasional Contributor

Thank you for all this info. Very helpful.

These are decent lenses.  It is going to be difficult to find a single lens that bests that pair.  The fact is most current lenses are pretty good. Good enough for the average hobbyists.  As lenses improve the improvements are small. Sometimes only the build or quality of parts is the improvement and not the IQ.

The less a zoom lens zooms usually the better its IQ will be.  In fact prime lenses that do not zoom at all are usually the sharpest.

"Question - what is a good all around lens to replace the two..."

Thanks for the info. I think I'll stick with the two I have for now and continue to research and learn. You guys are great to take the time to reply.