Please bear with me as I am new to DSLRs and I trying to learn to properly use my Canon 6D and am having a terrible time trying to shoot a play at my child's school.

I'm sure it is something I am doing wrong. I began by using the Auto setting, but was getting some blur. It was recomended that I try shooting in Aperture Priority, which I have been doing, but the photos are coming out very overly saturated, dark,and not natural looking at all. Others look very overexposed. What do I need to adjust besides setting the Fstop number, and how?

What am I doing wrong? It is tough shooting a play, particularly one where the lights are changing a lot, and kids moving, but even in the well lit scenes, where they are relatively still,  I am finding that many of my pictures are just terrible. Attached are two of the "better" ones.

Are there settings I need to change, or I am not setting the camera properly to begin with? Any help would be appreciated, as I have only one more chance to shoot this play tomorrow. 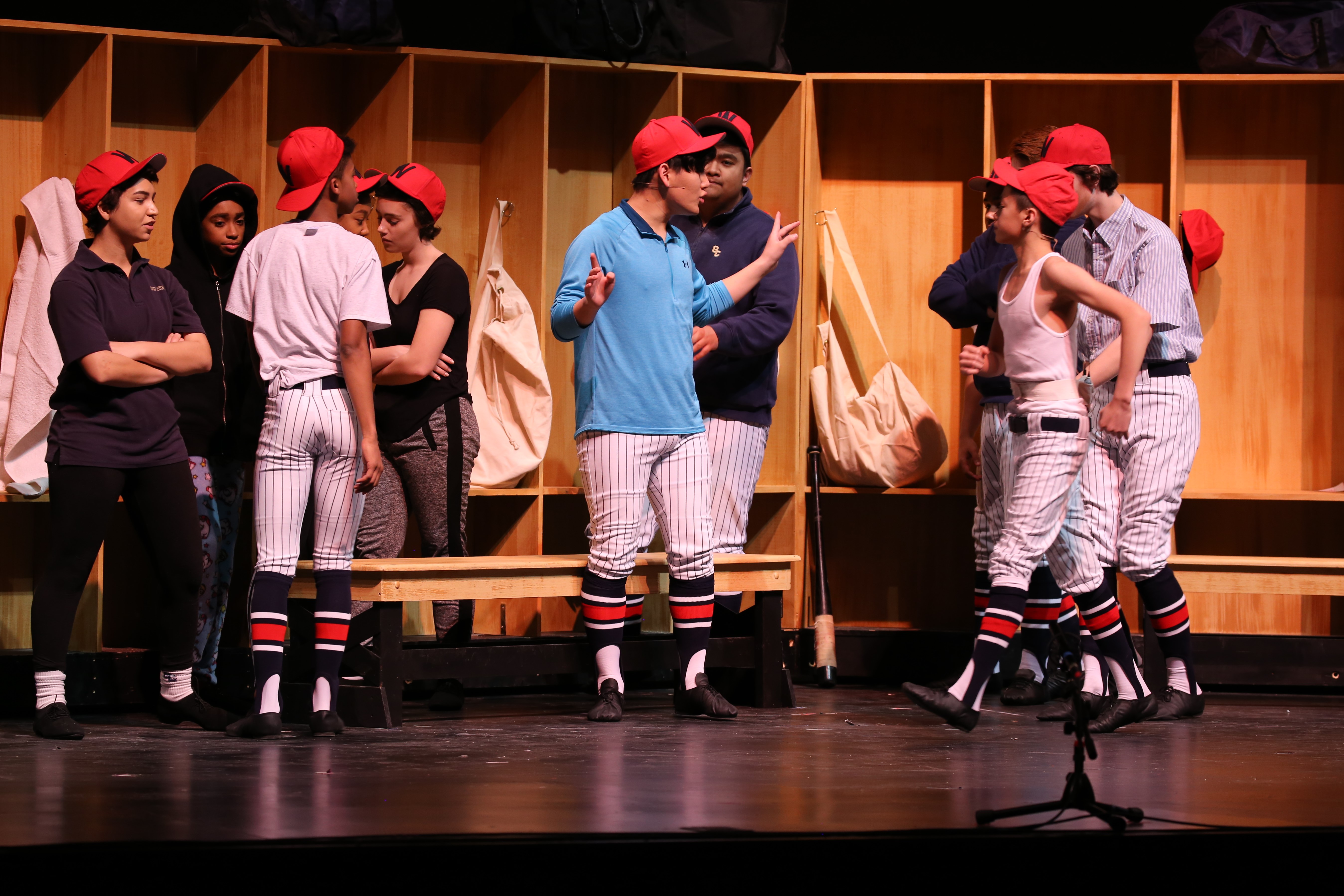 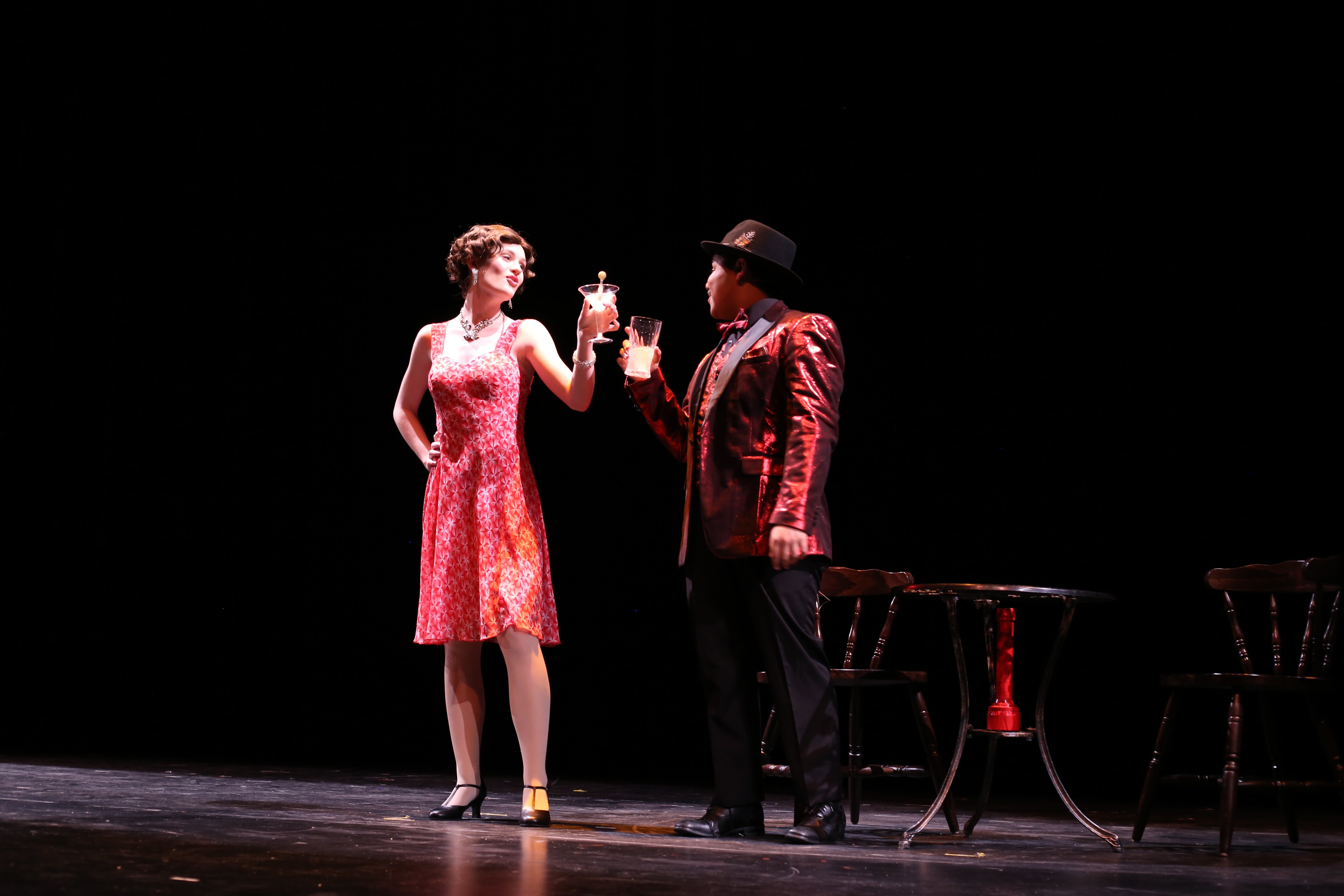 Thanks for the recommendation re software - it will be a bit of a learning curve for me to use DPP4 but I'm sure Photoshop is harder.

Just to clarify, when shooting in AV, I set the fstop I desire - say I want a large group shot at f16 - would I then just set the ISO to 200 and let the camera choose the shutter speed?

Any recommendations for settings I should be using for large group shots if I am shooting in AV? All the pics when viewed close up look so soft and murky to me!

I have an 85 prime lens that I was using for some dance numbers that were unfortunately rather dimly lit. Would I be better switching to TV (shutter priority) for those? Setting recommendations?

I recommend using DPP and shooting RAW, too.  It gives you a fair amount of flexibility in adjusting exposure.  Av mode works well in shooting scenarios with fairly constant available light. But, I prefer the idea of shooting in Manual with ISO Auto when lighting can drastically change..  You can go into the menus and set a maximum ISO value that camera can automatically   As noted, this shooting mode gives you control over both aperture and shutter speed.

But, whether you use Av or Manual Mode, I think the real problem you are experiencing with exposure could be how the camera is metering the scenes.  With the subjects under a bright spotlight against a very dark background can fool the default metering mode, Evaluative Metering.

I think you need to meter less of the entire frame, and meter on the subjects in the center of the frame.  Instead of metering the entire frame, try partial or center weighted metering, and only meter well light subjects, without averaging the dark background into the measurement.  This may help with your highlights flirting with being blown out.

I offer no advice beyond best practices for shooting a group exposure because I would have to be there to see the conditions.  I would observe the minimum shutter speed rule of thumb, which says set SS at 1/FL, 1 / Focal Length, or faster.  For a group shot, I would want a wider angle lens than the 70-200, so that I am not forced to open up the aperture, which reduces the DoF.

The 6D is better than the average camera when it comes to low light shooting.  I would use One Shot focusing and Single Shot drive mode for the conditions apparent in your photos.  Be sure to use only the center AF point, so you can point the camera at what you want it to meter.  I would recommend keeping ISO at 3200, or less, and clean it up in DPP.

While there may be a metering problem, modern cameras are pretty amazing. My circus shots came out very well metered. Certainly good enough for raw.

For your scene, standard Evaluative Metering was probably good enough.  Your background is not anywhere near as dark as the OP’s background in some of the sample shots.  In fact, metering a wel lit subject against a very dark background is a recognized metering challenge.

That is a screenshot from the Instruction Manual of a C100 Cinema Camera.  The camera has a special metering called “Spotlight”, which is more or less the exact opposite of a backlit scene.

"Doctor told me to get out and walk, so I bought a Canon."
0 Likes
Share
Reply
Go to solution
crowgirl1
Occasional Contributor
In response to Waddizzle
Options

You need to shoot manual with a brightly lit subject and black background.  Spot metering will help, but those king of lighting conditions are very challenging.

The problem is is the huge variation between the brightly lit subject and the black background. Moving the camera just slightly can cause big variations in brightness and mess up any auto exposure.

" I am dealing with both spotlight scenes and other backlit scenes."

The choice of "modes" will always help.  Choosing the right one is not a thing that any of these guys here and I can tell you specifically. Actually exact settings at all!  WHat I suggested you do will get you close but you still need to make 'tweaks' to that.  Now add the fact, and every photographer reaches this point at some time or another is, photographic gear has limits. One of those limits is DR or dynamic range. If the backlight or spotlight exceeds this it is going to be very difficult to impossible to get a perfect shot. Use the settings I suggested as a starting point. Then make some adjustments if need be. I.E. change the ISO setting or perhaps aperture, etc.

I would experiment with partial metering or center weighted metering.  This Canon 101 video may help you to understand how metering works, and the different metering modes.  I would save a special metering mode as a Custom Shooting Mode.

"Doctor told me to get out and walk, so I bought a Canon."
0 Likes
Share
Reply
Go to solution
Waddizzle
VIP
In response to crowgirl1
Options

Another solution occurred to me.  Use the previous suggestion to shoot in Av mode.  Take a couple of initial shots, and look at the histogram on the rear of the camera.  You can dial in AEC, Automatic Exposure Compensation, to correct the exposure when the histogram shows over/under exposures.

"Doctor told me to get out and walk, so I bought a Canon."
0 Likes
Share
Reply
Go to solution
crowgirl1
Occasional Contributor
In response to ebiggs1
Options

I replied further down to you, but yes, the show is **bleep** Yankees - tech rehearsal. Fun show but all the red colors and black or bright neon backgrounds on the sike are killing me!
0 Likes
Share
Reply
Go to solution
ebiggs1
Forum Elite
In response to crowgirl1
Options

Love that show! Played in the pit, trombone, and shot it several times. Music and lyrics by Richard Adler and Jerry Ross. They also did Pajama Game another great musical. Did it several times, too.

Here is what I would do. Use the 70-200mm.  You don't need the 85mil so leave it at home. Set the 6D to Av mode and make sure you are using Raw format. Set the lens to f4. Set the ISO to 1600 or even 3200 if you liked what you already got using it.  I suspect the 6D can handle 3200, OK, but if not drop down to 1600. Let the 6D select the fastest SS it can for proper exposure. Some may be pretty slow so good holding technique is mandatory.  All photo gear has its limit. There is just so much that can be done. Sometimes you reach that limit.

Another very importnat thing is choose your shooting location carefully. WHere you shoot from is the most important part of this photography thing.

Crowgirl, you're obviously doing this in rehearsals and with the approval of The Authorities, so this should allow you to play some games with the lighting. If you need more light in the background, have them brighten it while you're photographing the scene. A camera doesn't see what people see, and you sometimes have to cheat. The fact that the actual performance will use different lighting is irrelevant.

When I worked for a city government and was photographing, say, a lecture or awards ceremony that wasn't being televised, I'd often ask to have the TV lights turned on anyway, because it improved the lighting to my advantage. You should be able to apply the same principle.