GP-E2, Rebel T5 Compatibility, and things that don't go bump in the night

I have come into possession of a Rebel T5 from an estate. The previous owner used it to take pictures while he was hiking in GSMNP, Dupont Forest, the BRP, etc. but many of the pictures are of the "Nice. But where is that?" variety. So I got an idea to get the GP-E2, and heck followed after. I bought one from KEH.

1. The GP-E2 had no cables . However, a standard USB A to mini-USB allows me to (theoretically) upgrade the firmware and run the Log Utility to pull off GPS log data which I get by putting the GPS in my pocket and walking around. So it works that much at firmware 2.02 .

2. The T5 is at 1.02 firmware. It shows the "GPS device settings" menu item, but selecting that says "This menu cannot be displayed/GPS unit is not connected"

3. However, when I try to tweak the flash settings to see if there's some oddball stuff there, the T5 says it can't do that because there is a non-flash accessory in the hot shoe.

So, there are several alternatives -- maybe.

1. Perhaps it's that the T5 doesn't really support the GP-E2. The documentation stands firmly on both sides of that question. Option a would be to buy a used T5i (cheap, but most of my equipment is Pentax so I'm trying to not to get sucked down the more expensive rabbit hole) IF that supports the GP-E2. The doc says yes, but.

(I have the GPS logging thing for my Pentax equipment but the calibration sequence is a PITA and the GPS comes and goes on a K5. It seems to work better on the K-r but we drop to 12mp, which may be irrelevant as I don't blow anything up to bigger than 8x10. That's a whole nother discussion which I can avoid for now.)

2. Option b is to buy a Solmeta unit which says that it supports the T5. (GMAx-EOS2) Availability is the thing, as it's hard to find a source. If it is the hot shoe on the T5, then that could end up being another dust attractor.

3. I could validate which part of the link is screwed up. Taking the GP-E2 to a big box store and asking if I might test it on a Canon DSLR would maybe satisfy whether it's a GP-E2 issue or a T5 issue. How to validate the T5 is trickier as there is no flash unit with the camera. The behavior when playing with the flash settings suggests that the camera at least sees something ....

4. I could look for another, validated-to-work GP-E2 with the magic cable(s) [ plus perhaps a converter thing for the camera side].

5. I could try to get the pinning requirements and synthesize a cable. I will be saving swear words as preparation. The connector into the GP-E2 is the tricky part and a bit of a search on Grainger doesn't show anything, so this might involve visiting electrical supply houses. Possibly one of the legendary OTG USB cables might work ?

6. I could do the maximally inconvenient thing and put the GP-E2 into logging mode in my pocket and let it collect log data while hiking, and then use exiftool / jhead to tweak dates and times on the computer to see if I can then append GPS information. Not being a Luddite, this is really the court of last resort (I believe I need a current version of Lightroom to make this work, or perhaps the Canon image software ).

You need to connect the GP-E2 to camera using a USB cable. Also, I recommend mounting the unit on the flash shoe, connecting the cable, and turning it on BEFORE you turn on the camera.

The system map in the manual shows the GP-E2.

The cable that connects the GP-E2 to the camera in a special cable. It has the camera USB-Mini connection on one side and special connector on the other end. The part number is Canon CG2-3379-000.

Canon didn’t provide a cable for connecting to the computer to download info, and the manual doesn’t give any guidance, but you use the USB-A to Mini-USB cable that came with the camera.

CG2-3379-000 seems to be unavailable except via coincidence. This explains, I hope, my questions regarding the pinning of the cable and the possibility of the OTG forms of the cable. Or craftily folded aluminum foil. The fact that you can't get cables by themselves would serve as a "run away!" for added Canon equipment, but maybe a miracle might occur. (There's some web pages that suggest that cables might be available at various places in Europe, where I'm not.)

While I wait for some OTG cables that are micro B male - mini B male (gambling), I have

-= took some pictures at more-or-less-known locations.

There's a whole long sequence in photo.stackexchange.com/questions/1306 that I'm wandering through to see what might work.

Based on this photo I think the use of Micro-USB is erroneous. 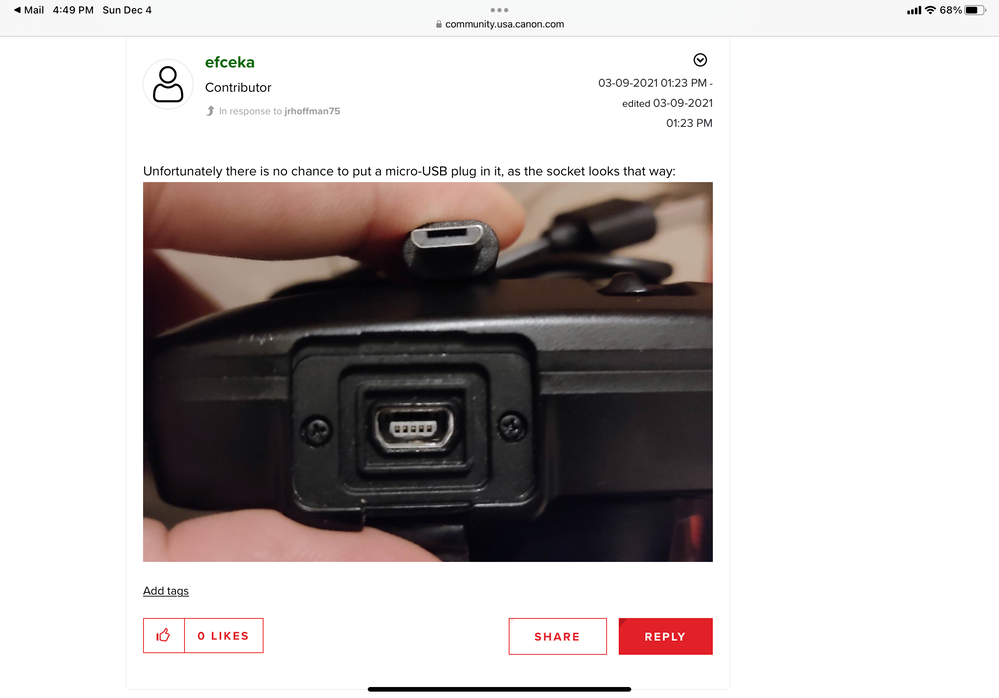 B&H lists this cable IFC-40AB III for connecting between the GP-E2 and a camera body. 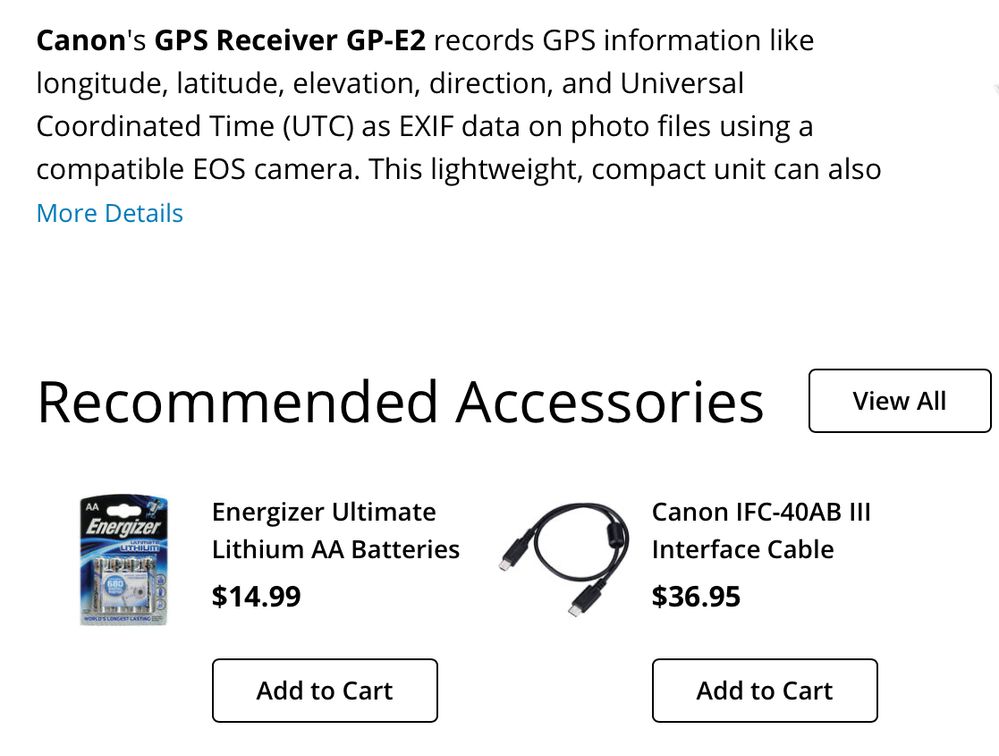 This just a modern version of the cable the OP has. USB-C vs USB-A.

This just a modern version of the cable the OP has. USB-C vs USB-A.

I wasn’t sure if the OP had the cable for the camera or the computer. They do not seem to be the same cable.

Agreed. But, B&H seems to have it in stock.

Here's what I have to work with. 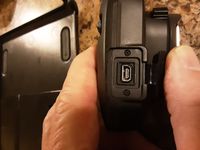 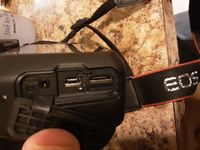 Fingers not normally an issue. So this is really a mini USB on both ends, which means the B&H cables will not work (directly...).

The T5i option doesn't look like it improves my position as the USB connector appears in images to be identical to the one on the T5.