Turn on suggestions
Auto-suggest helps you quickly narrow down your search results by suggesting possible matches as you type.
Showing results for
Show  only  | Search instead for
Did you mean: 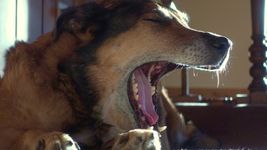 I have been using my R5 for video productions since November of last year and I ran into very little problem on startard frame rate recording (all the way up to 60fps). H

owever, I started doing more recording in High Frame Rate mode (120fps) either in 4K or 1080p, the remaining time counter has become in accurate. And eventurely, after about recording 5 minutes of footage in various clips, the timer will zero out and prevent the camera from recording additional HFR footage.

When that happened, it forced me to switch back to 60fps and the counter will goes back to to 29:95 (beyond 30 minutes), and recording resume on the same card as well as writing photos in RAW. This happened on both CFexpress as well as SD, all approved write speed cards.

My examination from the various incident comes down to that the camera see the card to be full at 50GB, regardless of card size in which mine are 128GB SD and 256GB CFexpress, and prevent it from furtering HFR recording. And as I mentioned, it will still allow non HFR recording in all resolution.

I assume this will have to be patch with a future update? Or if anyone have a solution so far? I keep a box of 12 cards on shoots just so I can swap them, but it is still very annoying when I can only get less than 5 minute worth of HFR footage per card.

1 person had this problem.
Me too
0 Likes
Reply
Who Me Too'd this topic
1