Auto-suggest helps you quickly narrow down your search results by suggesting possible matches as you type.
Showing results for
Search instead for
Do you mean
Reply
Topic Options
abrogard
Occasional Contributor

But I know it is available because I've been using it for about the past year.

But I just lost my system disk.  Crashed and burned. Gone forever.  Along with that app.

Does anyone know a good link I can download it from?  I say 'good link' because, as I said, apparent links turn out not to have the option for the 400d.  I need one that does. 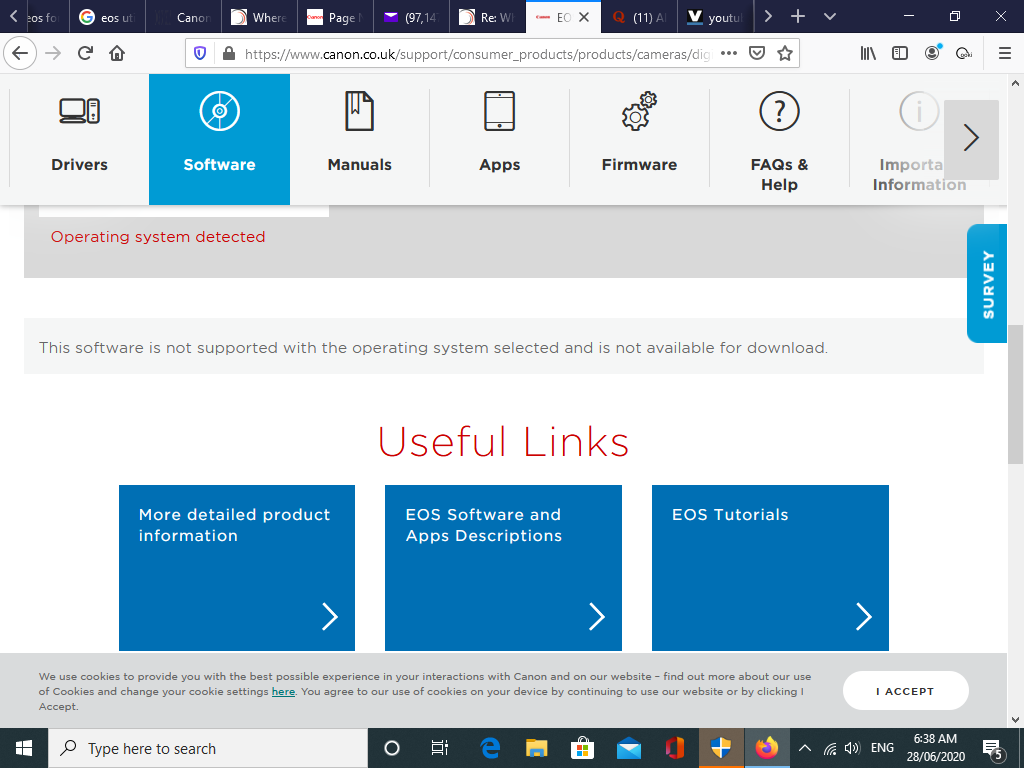 Sounds like you have a non-North American version of the Rebel XTi.

Give you local in-country Canon support line a call.

Well Canon's own pages recognise it as the 400D alright and those pages say they don't have the software.

Though,  as I said before, I know they do because until my disk loss I was using it daily.

It may have been a version that worked on something else - like maybe the 350D - and for some reason Canon doesn't recognise it as viable with the 400D  ( management never ordered/authorised a software issue for that model and so it is not in the database as existing?) - but I had it, that's for sure.

If I can't find any help I"ll just have to go back and do that.... download version after version and try them...