Auto-suggest helps you quickly narrow down your search results by suggesting possible matches as you type.
Showing results for
Search instead for
Do you mean
Reply
Topic Options
Highlighted
seanclouse
New Contributor

cpeters... You seem to be the closest to describe my issue... I don't see the rachet assembly you're describing.  Does yours look like this? 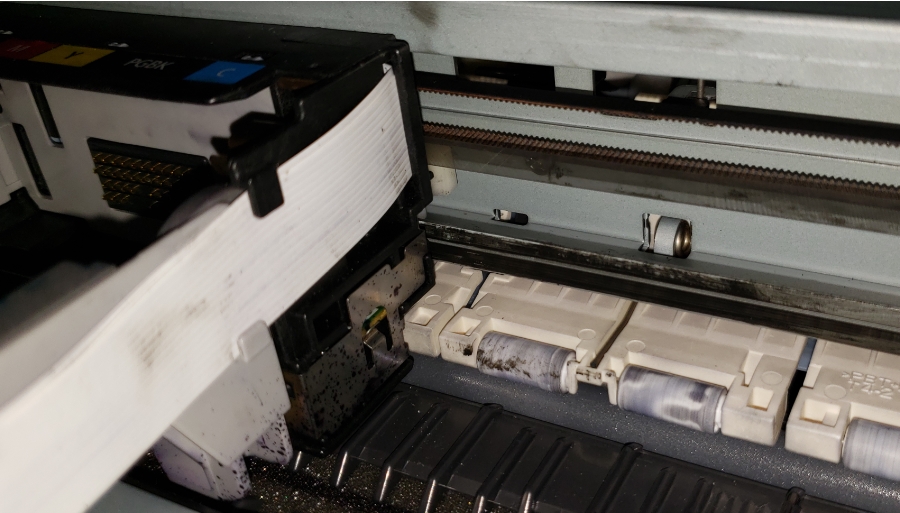 also, this white spring loaded arm is UP and that seems to be what it is bumping into... 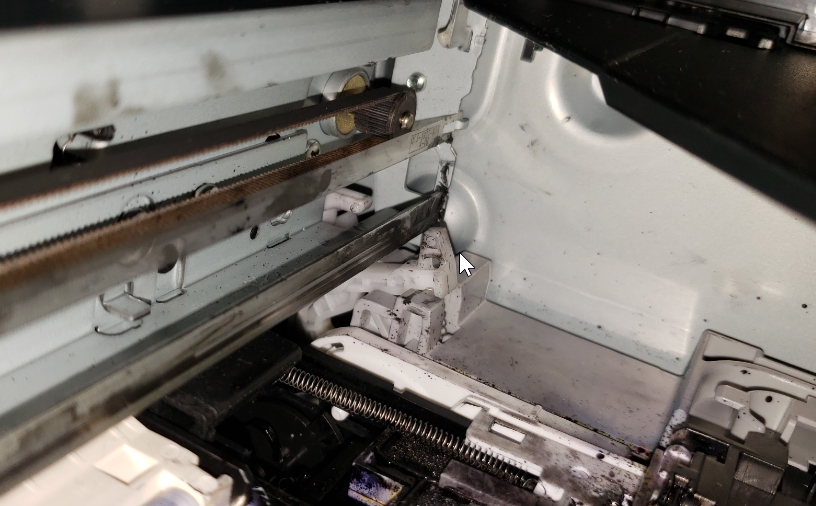 I'm about to lose my mind... any help would be appreciated.

Hey Sean.  So I was pretty much where you are too.  I'd tried all the cleaning and holding buttons down, etc.

But what I finally found by watching a video was the white rectangular piece I've circled in red in your screenshot - I was able to gently slide that from the front of the printer toward the back of the printer in the direction of the arrow.  I slid this back, and restarted the printer.  I got an AC10 error (I think - didn't write it down) but I did the 4 button hold sequence again and that worked for me.  Again, that would be to old the STOP, Black, OK and Power buttons at the same time for 10 seconds.  After 10 seconds, release the power button and once the printer turns on, you can release the other 3.

I hope this helps.  I've been fighting this for a week and just got mine resolved a few minutes ago.  Good luck. 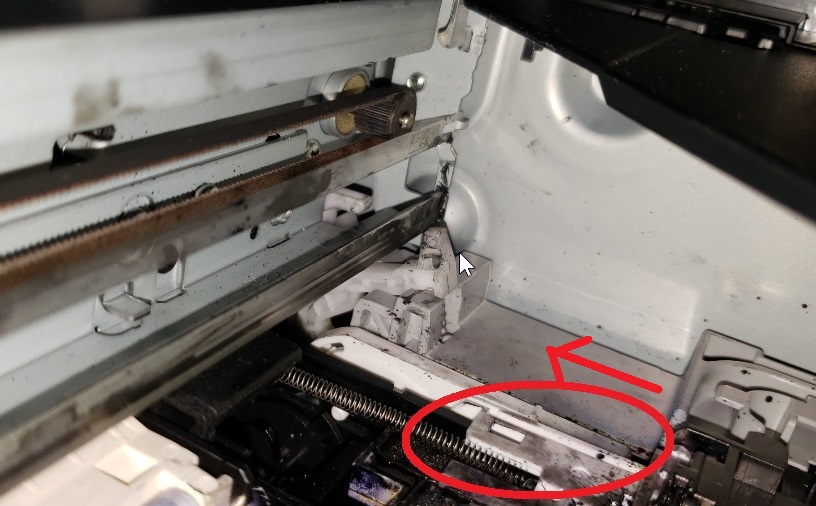 IT WORKED!!! I CAN'T THANK YOU ENOUGH! So glad I gave you a picture to work with as I don't think I would have understood. YOU ARE AWESOME!
Report Inappropriate Content
Message 23 of 26 (844 Views)
Reply
0 Kudos
Highlighted
jrecufan
New Contributor

Hey Sean. Glad that worked. I can appreciate the frustration. I probably couldn't have described it without the pic. That was a smart add. Have a great week.

You are so right!!!! pushing down (inadvertantly) on that little black part while cleaning with a swab did the trick!!!! Nothing else had worked. Goes to show the smallest obscure detail can be the key! Thanks for taking the time to mention what you did!

The picture of the white piece needing to slide is what did it for me.   Note that this piece shown in the picture above must be push back further than I thought.  I cleaned that area with alcohol too and made sure it moved more freely.  Restarted and it was fine with no error messages (didn't have to do the 4 button thing).