Auto-suggest helps you quickly narrow down your search results by suggesting possible matches as you type.
Showing results for
Search instead for
Do you mean
Reply
Topic Options
Highlighted
stedders
New Contributor

I know this must seem a ridiculously broad subject area –  I have a G11 PowerShot – and I wanted to buy a Tripod.

I am just not sure which one to buy. There are so many on the market that it's dificult to know where to start.

I am looking to do concentrate on Macro photography often in my garden and local nature reserve.

Could anyone recommend a Tripod (or at least tell me versions I should steer clear of);

or could you just give me views on the tripod you use and what sort of photography you are using it for.

It's all the depend on your budget. G11 is not a heavy camera so you don't have to spend a lot of the tripod unless you plan to upgrade to DSLR size camera soon. Do you want a full size tripod or just a table tripod is enough. For Macro Photography, you want a tripod that let you get really close to the ground. So if you tell us what's your budget, what's size of tripod are you looking for, do you mind the weight or not? Then I think we can help you better.

Also it might be good to let us know if you can play with them locally or will you need to shop on line relying on the ad. Stability is important & many cheap tripods are loose even when locked into position.

"A skill is developed through constant practice with a passion to improve, not bought."
Report Inappropriate Content
Message 3 of 10 (3,037 Views)
View All (1)
Reply
0 Kudos
Highlighted
stedders
New Contributor

Thank you very much hsbn and cicopo for your replies. This gives me some pointers as to the sort of questions I should be asking.

Using with DSLR? No. Definitely not.

I would want a Tripod that was a full size, as opposed to a table.

Weight? I would like it as light as possible.

Budget? Probably wouldn't want to pay more $75, but not a major issue

I would probably buy online

Well, it would be best if you could at least go into a store and look at tripods first, before buying.

Be careful about too cheap, too light weight a tripod. They may not be as steady and may not hold up very well.

For macro shooting, you might want a tripod with a reversable column, or at least one that has a lot of adjustability to be used down really low. A lot of macro work is done from a fairly low angle. Look for those features.

Carbon fiber tripods are lighter weight and also have benefit of absorbing fine vibrations to help make for sharper shots. They also are nicer to handle than metal tripods in cold or hot weather. But they tend to be relatively expensive.

Metal tripods are usually aluminum. Look for a fairly well made one with strong cast and machined parts and it will likely serve you for a lifetime. Cheap, thin, stamped steel or aluminum parts just don't hold up. Avoid plastic in many cases. Plastics might be okay for a handle or other minor, unstressed purpose, but not for many other parts of a tripod.

Tripods are sold compete, with both head and a leg set. They are also available separately... legset only and a head to use on them. This allows you to get more exactly what you want and need. For example, you might want a compact ballhead to work with out in the field, but may not be able to find the tripod legs you want with one. They may only come with a pan/tilt head (if they come with a head at all). Neary all better quality tripods use the same size bolt to attach the head to the tripod, so there's a lot of interchangeability possible.

There are also quick release mounting systems. With these, you rather permanently attach a small plate to your camera that fits into a matching platform on the tripod head. One of the most common of these is called the Arca-Swiss system. It has the advantage of being used somewhat universally by many different manufacturers. Other QR systems tend to be proprietary, so you might have trouble finding compatible parts, if ever needed.

For macro shooting, it's often better to focus by moving the entire camera and lens back and forth slightly, rather than trying to focus the lens manually or with autofocus. There are fancy macro focusing stages to do this, which are rather large, heavy and expensive. Or, it's possible to do similar with a longer than usual Arca-Swiss quick release plate serving as a "sliding" rail.

Another consideration is the number of leg sections in a tripod... you can find them with 2, 3, 4, 5 or more. The fewer sections, the better for stability. However, the more sections, the more compact the tripod can fold up to carry around. But, the more sections, the longer it takes to set up, too. Strike a compromise that you feel good about (one of my tripods has 4-section legs, the others are three section).

Tripods without center columns are also steadier. However, without a column the legs of a tripod need to be longer.... And, for macro shooting you are likely to want a center column... ideally one that is reversible and/or possible to use horizontally, in addition to the usual orientation. Just watch that the column and it's mounting mechanism is sturdy and well made (no plastic!). When using the tripod set upright, you might want to try to keep the column retracted, for best steadiness, but that means longer legs to be tall enough for comfortable use. (Two of my tripods have no center column, one has a "rapid" column, and the studio tripod has a heavy duty geared column.)

Among the more affordable and well-made tripods, i'd suggest you take a look at Manfrotto. These aren't the lightest and Manfrotto heads with quick releases use a proprietary system, but are fairly widely sold, if you need another or replacement part. Or just get one without quick release for now and add a universal QR platform to it later.

I can tell you that Manfrotto are durable. I've got one that's about 30 years old (under the old Bogen brand name) and still working great. It's a big, heavy thing I don't like to haul around anymore, so I mostly only use it in studio. I have three Gitzo carbon fiber tripods I use in the field (all around 10 years old and still going strong).

In the past I've used used the Manfrotto similar to what they now sell as their  "190" series. They now also offer a "290 series" which are similar, but with carbon fiber tubing instead of aluminum, for lighter weight and the other advantages CF offers.

Now, these may be larger than you feel you need for your camera. They might be more thany you want to spend, too.  But they are sturdy and well made. Compare to smaller, lighter tripods offered by Manfrotto and others.

Both those Manfrotto  are available as legsets only, where the head is purchased separately... or in kits with both legs and head. The kits can be a good deal, if they meet your particular needs well.

Hope this helps. Have fun shopping!

For that price range, I recommend the Oben 1300 or 1400 series. They are light weight aluminum. They weight less than 3lb. The latter is a little taller. They have a sale right now, and you can save $20 (at BHPhoto, Amazon, etc.) They are around $70 and $80 respectively.

Here is a video review for the tripods: http://www.youtube.com/watch?v=2eS4TdVkgDY

Thanks very much everybody for replying.

I bought these for macro use with my SX50 HS, the tripod is very stable, tilts vertically and has a bubble level the legs extend easily and lock tight. They are retracted in the picture. 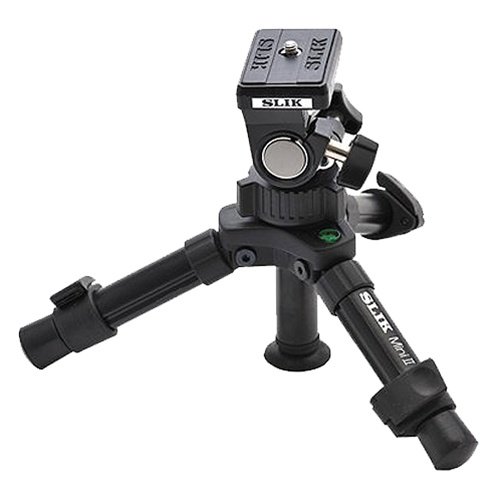 I bought this for precision positionng and even with this and the camera the tripod is stable. I use a remote shutter swicth too. 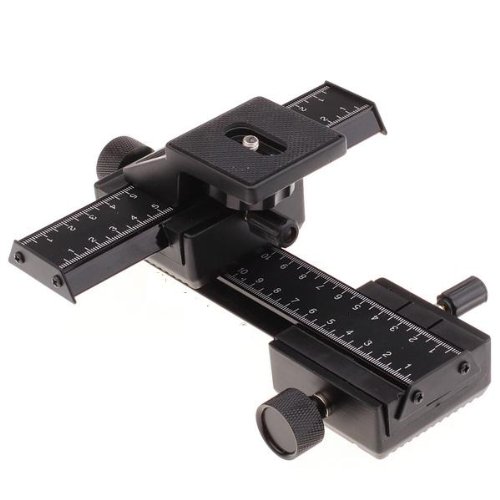 Your welcome and that tripod also comes with a bag type case. The tripod itself is strong and sturdy. I was impressed.