Canon S120 gets hot and drains battery when off 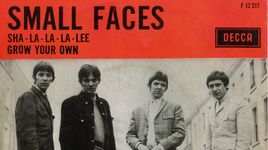 My 2015 Canon S120 camera has recently (and suddenly, I think) developed this problem. It gets very hot and drains the battery even when powered down. I needed to use it a couple of times recently, and couldn't because the battery was dead. I fully charged the battery, put it back in, and noticed that within minutes the camera (especially on top left side, behind the flash) got too hot to touch. The battery indicator showed that the battery was partially discharged. I then tried the following, but the problem still persists:

- Tried a different NB-6LH battery pack I have.

- Disassembled the camera and  and re-assemblied it.

Of note, I had to replace the LCD screen in this camera a year ago. The overheating problem developed more recently, though, so I doubt it's related.

I couldn't find anything relevant/helpful information on the internets. Is there any way to fix it? Any ideas and advice would be greatly appreciated.

It could be related to the LCD screen.  What caused the original failure?  There could be another problem which only manifested itself as a scrreen failure.

If the camera is getting hot, then that is a fire hazard.  Time to retire it without a battery installed inside of it.  I think it would be cost prohibitive to have it repaired, assuming that Canon still repairs it, or ever really did.  I wouldn't know.

Thank you for your response! I had to replace the LCD a year ago after I broke the original screen by accidentally dropping the camera. While there is indeed a poccibility that the replacement LCD (which was a $20 eBay purchase) is the culprit, I have doubts that is the case for two reasons, FWIW:

(1) The camera worked fine for months after I replaced the screen and only developed the overheating problem recently;

(2) The camera heats up mostly on the top left side, whereas the LCD connectors are on the opposite side. The LCD itself does not seem to get warm.

I agree that it is a fire hazard, so I've been keeping it without the battery. Just curious if anyone else has ever encountered a similar issue.

I'm a bit bummed out about having to retire it, as it was a great camera while it worked. Alas, Canon doesn't make them anymore, there isn't a successor (an "s130" or whatever) to it, so I don't know what to replace it with, and whether it's worth getting another compact P&S camera at all at this point.

The S-Series is awesome. My wife loves hers, I don't know what we will do when her current one dies.

It could be a problem involving the motherboard or main PCB and the capacitor for the flash which for whatever reasons is charging either a little or a lot when it should not be. In any case, you do not want that thing close to your face or anywhere if it ever decides to explode....toss it, responsibly. You can pick up a used one on auction sites if you want to stick with that model.