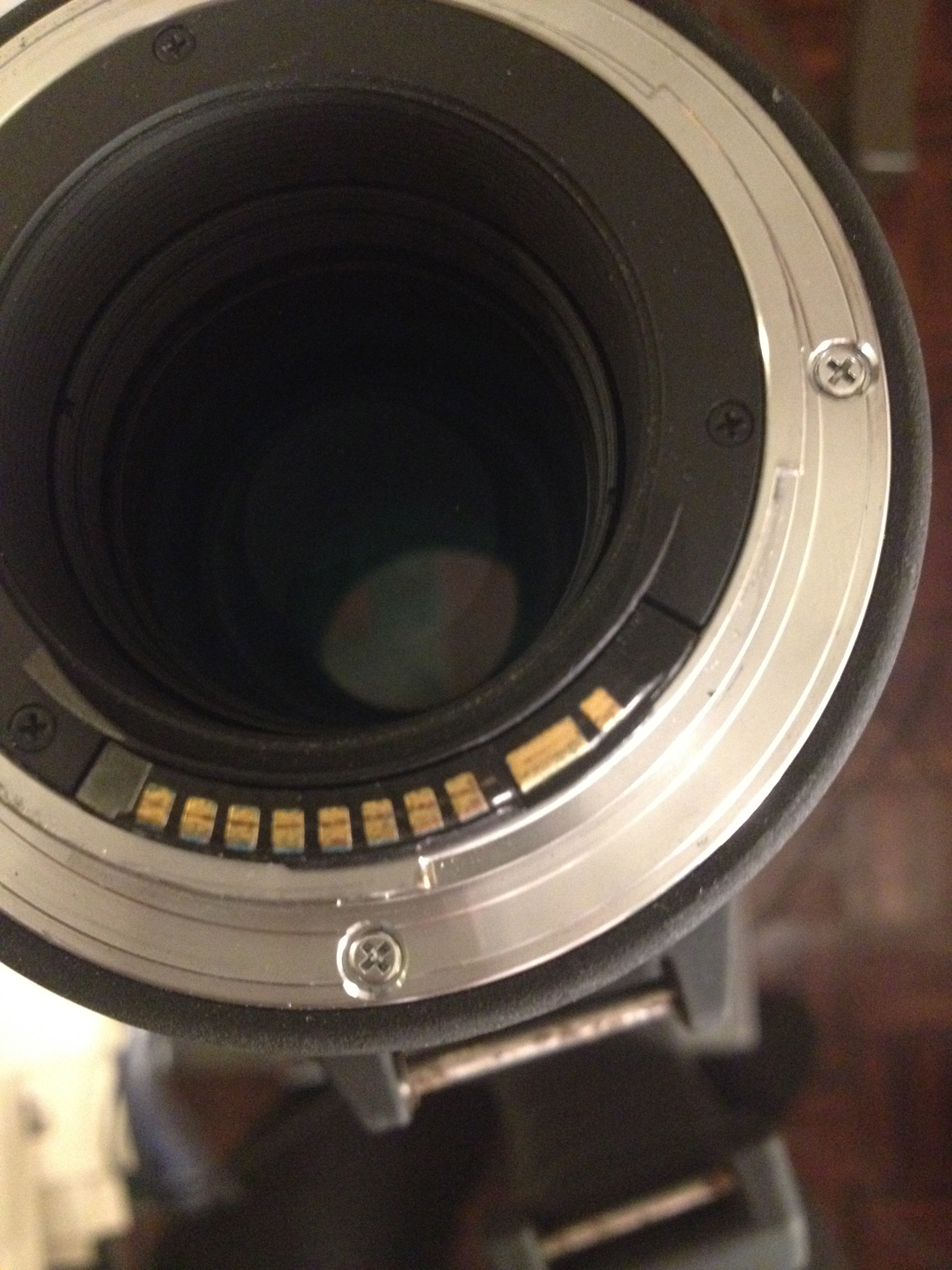 That lens looks, terrible.  It is in need of repairs.  Send it back, for a refund.

There were two Sigma 500mm f4.5 lenses, which are nothing short of fantastic.  Especially the new one.   Which one do you have?  The very older one or the current one?  I agree it needs to go to Sigma but only if it is the newer one.  If it is the older one cut your loses, its not worth the repair costs.

The fact it works on the 7D and not on the 1D Mk III really tells you nothing.  And like I have said many times, cleaning the contacts rarely if ever works.  There is gold plating on the contacts and it looks like it is pretty chewed up on yours.  This does not mean they won't work.  But they may not be totally reliable.

If you have the newer version it doesn't need a firmware update since it works with the 7D.  Why not just use it on the 7D and be done with it?  Or, return it?

hi this lens is the dg version the later one.

Paul send it to Sigma.  This is a great lens.  You need to get it sorted.

Paul send it to Sigma.  This is a great lens.  You need to get it sorted.

If the lens works with a 7D and another body, but not his 1D3, it makes me wonder what the contacts look like on the 1D3.

"Doctor told me to get out and walk, so I bought a Canon."
Report Inappropriate Content
Message 15 of 30 (1,430 Views)
Reply
0 Kudos
paulbrogden10
Frequent Contributor

heres pics of the contacts on the camera 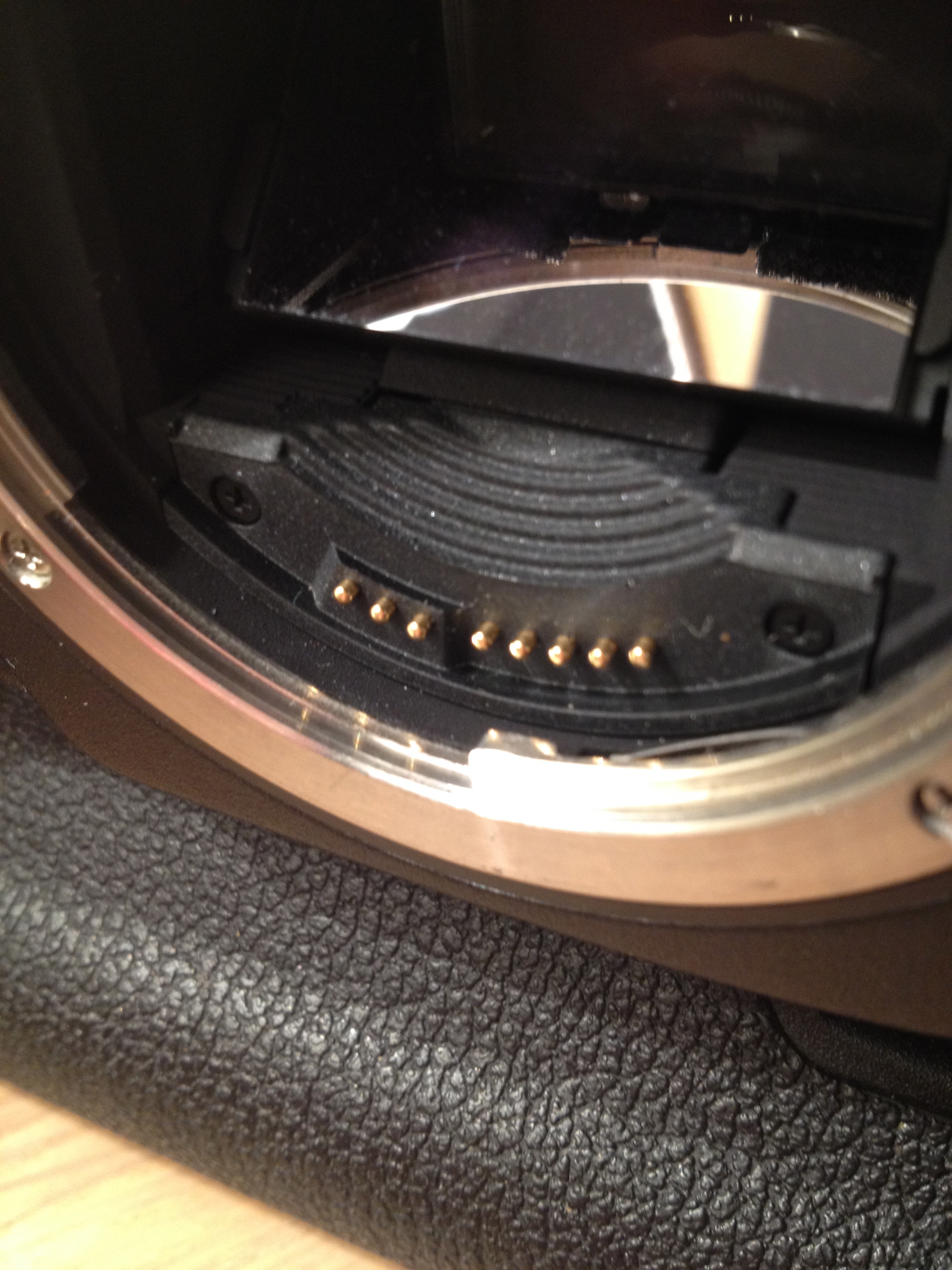 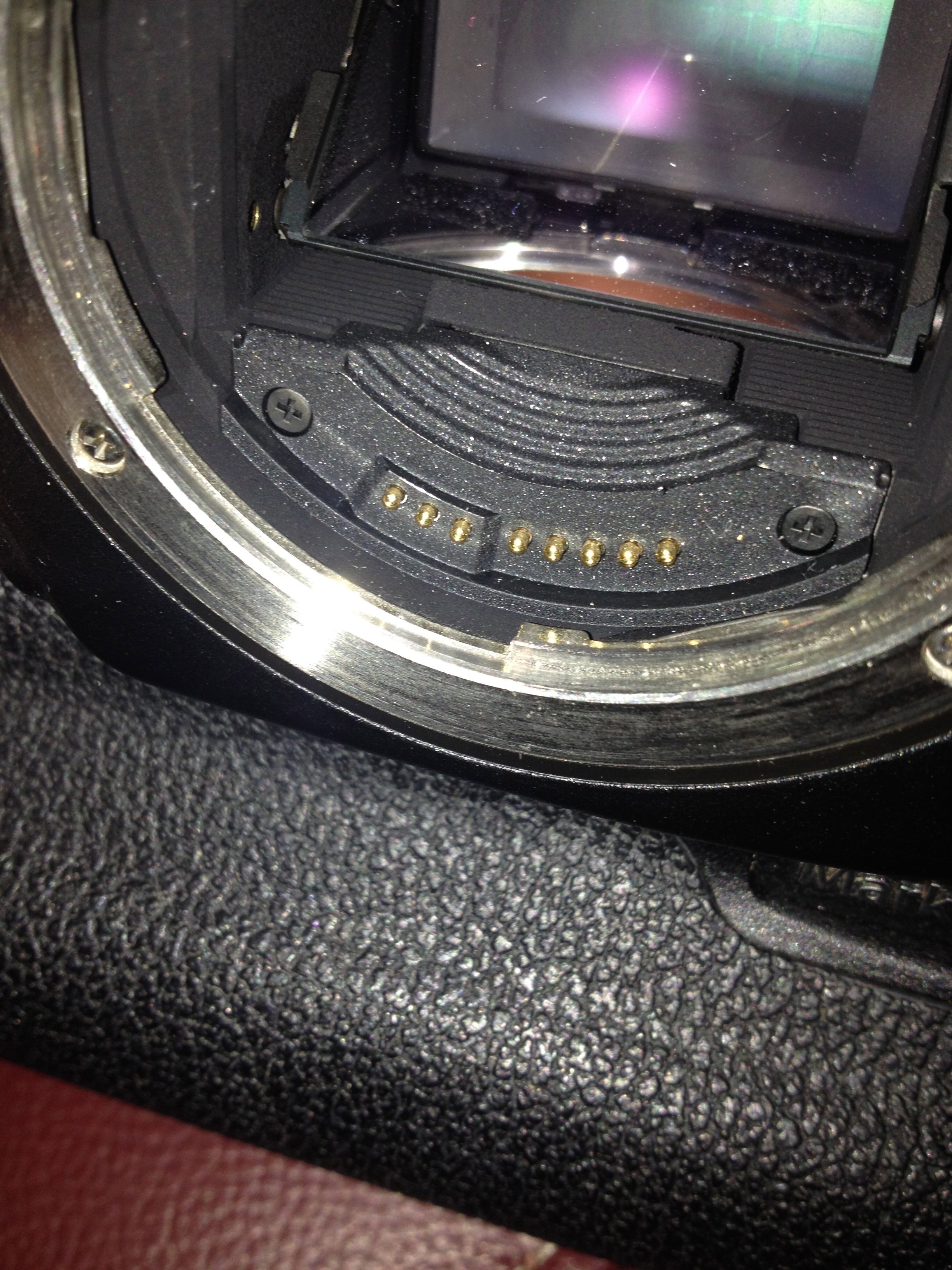 I would still send the lens to Sigma.  But good lord man clean you cameras!  Your photos would really enforce the need for Sigma to do a C&C on the lens.  BTW, you need to send the cameras to Canon for a C&C too.

sent it to sigma will let you know what happens

here is the repair bill let me know what you think.

Dear Sir / Madam, Further to our acknowledgement confirming receipt of the item returned for repair, we wish to inform you that an estimate has now been formulated. Before proceeding with the repair we would ask you to sign this form in the place provided and return it to the above address. This will enable us to carry out the repair in the shortest possible time. We would point out that unless a proceed of this estimate is received within six weeks or the estimate is not accepted then the equipment will be returned to you unrepaired for a charge of £14.99 inclusive of VAT or the item will be used for spare parts to cover our costs incurred. PLEASE QUOTE OUR REFERENCE NUMBER ON ALL CORRESPONDENCE. Estimate to repair : AF 500mm F4.5 APO EX DG HSM (Canon) Serial Number :

Any one know what a interupter is?