Auto-suggest helps you quickly narrow down your search results by suggesting possible matches as you type.
Showing results for
Search instead for
Do you mean
Reply
Topic Options
Highlighted
SHB2019
Occasional Contributor

I am looking for a recommendation of a tripod to support this heavy lens without toppling over.  Any suggestions?

I am looking for a recommendation of a tripod to support this heavy lens without toppling over.  Any suggestions?

TRIPOD:  What is your budget for a tripod?  Do you currently own a tripod?  What camera body would you be using?  Do you plan to shoot wildlife or sports?  How much do you plan to move around?

I ask these questions because a monopod might be a better solution than a tripod.  If you plan to shoot sports, most venues do not permit tripods because they are considered a trip hazard, most especially if you are on the sidelines of the field.

If you plan to shoot wildlife, then a tripod would be ideal for getting set up in a blind or behind brush, etc.  I prefer a monopod when shooting wildlife, because I am not usually sitting in one spot for an extended period of time.

TRIPOD HEAD:  Have you given thought to what type of tripod head you might want?  Different types of heads are better suited for different types of shooting scenarios.  The more you can tell us about what you plan to do, then the more and better responses you should get to your question.

Thanks for responding and asking good questions.  I am a photography enthusiast at best.  I have a Canon Rebel T4 with kit lens, a 70-200 zoom lens and a wide angle lens for my job as a Realtor.  My family wanted to buy me a "nice" lens for Christmas and so the EF 400 was it.  As much as I appreciate this great lens, it would not have been my first choice.  I really enjoy close up photography but love to take nature photos as well.

I have an inexpensive tripod that has been fine up to now but when I was buying a UV lens filter at the camera store, he mentioned that I should get a better one so as to not let the tripod topple over with the weight, or when I absent mindedly let go of the tripod.  All of the handheld photos that I have taken are blurry (hands shaking?) and I have been sick about the money spent on the lens.  I thought that a tripod would help more along with a lot of practice.  It sounds cliche but the virus has limited my ability to do more nature pics.

I would say my range is up to $200 since I am not a professional but a hobbyist.

Again thanks for any recommendations/sugggestions or comments.  I am here to learn.

I buy most of my accessories from B&H Photo Video in NYC.  They have very knowledgeable product specialists, who can help you select a tripod that best fits your needs, including your physical height and shooting scenarios.

I suggest that you ask them about tripods that have a a detachable leg that can serve as a monopod!  Go online, visit their web site, navigate to the tripod section, and a "CHAT" bubble should appear after a minute or so.

"Doctor told me to get out and walk, so I bought a Canon."
Report Inappropriate Content
Message 4 of 31 (205 Views)
Reply
1 Kudo
Highlighted
SHB2019
Occasional Contributor

Perfect!  I'll do just that.  Thanks again.

Your 400 f5.6 is actually one of the best values in the Canon prime line.  I bought one in 2005 and shot with it for many years until upgrading to a 400 f2.8.  It is light enough to hand hold for long periods of time and with decent light you can keep the shutter speed high enough to make handheld use very easy.  I took my 400 f5.6 on a lot of hikes through the Rockies and Smokies.  It also works well with the 1.4X extender although a lot of camera bodies won't AF with this f8 combination.

As Wadizzle noted, it is a fairly light lens and the most likely tipping issue would be wind which a sandbag will prevent.  Good tripods get expensive in a hurry so make sure that:

A. Your current tripod really isn't sufficient (i.e. with a weight bag to stabilize it) OR

B.  You are ready to spend enough money for the next one to make the upgrade worthwhile.

I have a Manfrotoo 161 Mk2B that was expensive even though I bought it slighly used and like other tripods in that class it doesn't come with a head and the gimbal head to handle my 1DX series bodies and EF 800 cost more than an inexpensive tripod.  This is the type of setup you need with a really heavy lens but you do NOT need this level of tripod with the 400 f5.6. There is a very wide range of quality/performance in the lower priced tripod range and it would be easy to spend a lot and get something not much better than what you currently have so pay close attention to the reviews-especially the negative reviews.

And enjoy that 400 f5.6, I still have and use mine even though I now own three of the fast "great white" primes along with an 800 f5.6.  You can carry your EF 400 f5.6 for many miles and then comfortably hand hold it for hours which is something I can't say about my nearly 9 pound EF 400 f2.8.  The f2.8 version produces magical images but you pay for it in dollars up front and dealing with the weight when you use it.

I am agreeing with most of what was already advised.  I am going to offer a bit more, though.  Either commit to buy a good tripod or don't buy one at all. This means you will be in the $100+ dollar range.  Probably will be on the more side.

However, I shoot the 400mm f5.6L and have for many years. In fact I have had two of them over the years. It is a great lens but an old design, still a goodie for sure. I hand hold mine. I always have.  A tripod is not a real necessity. True I do not know your stature but I believe any average size and ability person can "learn" to use and shoot successfully with the 400mil f5.6L by hand holding it.

Shooting wildlife off a tripod is difficult at best so learning how to hold and shoot hand held is no more difficult. I would give that a go first before you go tripod shopping especially if this is your only reason for buying a tripod.

I have a Manfrotto 190XPROB Aluminum Tripod that I use for outdoor work but I don't think it is still in the line but they have something similar. It is a good low cost general tripod and a place to start your search. Actually I have several tripods but I like it best.

This is what I use my Manfrotto for.  BTW it was with a 400mm lens and the exposure was a bit long for that FL. 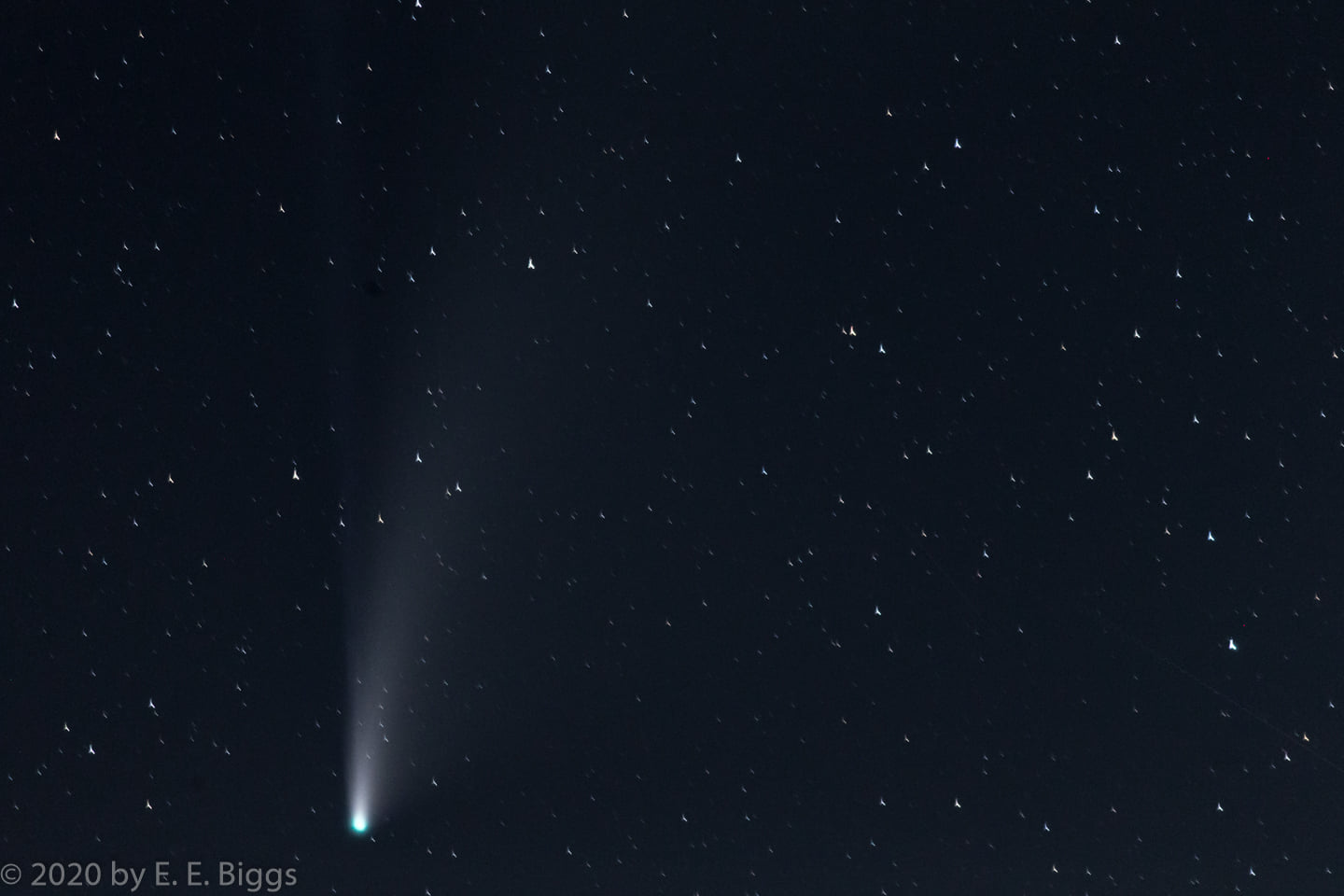 You know it's crazy but I felt confident with using it as a hand held until the camera store guy introduced the tripod possibility.  Guess it was a sliver of doubt.

Thank you for your point of view.  I am enjoying learning about this lens and the possibiities that it offers.

I realize that it is a great lens and the lightest of the prime lenses.  My first thought when opening this present was that it is "too professional" for a hobbyist like me.  I couldn't believe my family spent that much money too without at least making certain that that was the lens that I wanted.  That is probably why it has sat in the case more than being used this past 9 months.

Here's to my Fall resolution - use the lens!

Well 400mm isn’t the most practical FL if it was your only lens. But for what they are intended for, it is good. You need to use it a lot and shoot a lot. The first shots may not be the best but it will improve with the experience.
EOS 1DX and 1D Mk IV and several lenses!
Report Inappropriate Content
Message 10 of 31 (156 Views)
Reply
1 Kudo