Auto-suggest helps you quickly narrow down your search results by suggesting possible matches as you type.
Showing results for
Search instead for
Do you mean
Reply
Topic Options
TimStriley
Occasional Contributor

I purchased a used Tamron 150-600 (1st gen) from my local dealer, a great place by all accounts. I am on very limited income so it took a while to save up enough to make this purchase. I havea Rebel T6 and I bougjht the lens to up my game with wildlife photography, mostly the bald eagles that frequent my area this time of year. The problem is that I just cannot get a decent shot with the T6, even supported, past about 300-400 mm. I took it to the shop and they tested the lens with my T6 and on a 70D, showing me the results and telling me that it is a compatibilty problem. We checked for firmware upgrade, etc...and still very poort results as far as photo clarity. The store is now telling me my best bet is to get a new (or used), higher-end camera. That means saving up and having an expensive paperweight until then or giving up and either returning the lens (and gimbal and tripod I also purchased) and just waiting for that day to come and starting over again. Does anyone have any insight into the T6 and the Tamron 150-600 to advise me with? Really bummed that I am spending days continuing to try to get the shots and coming up empty. 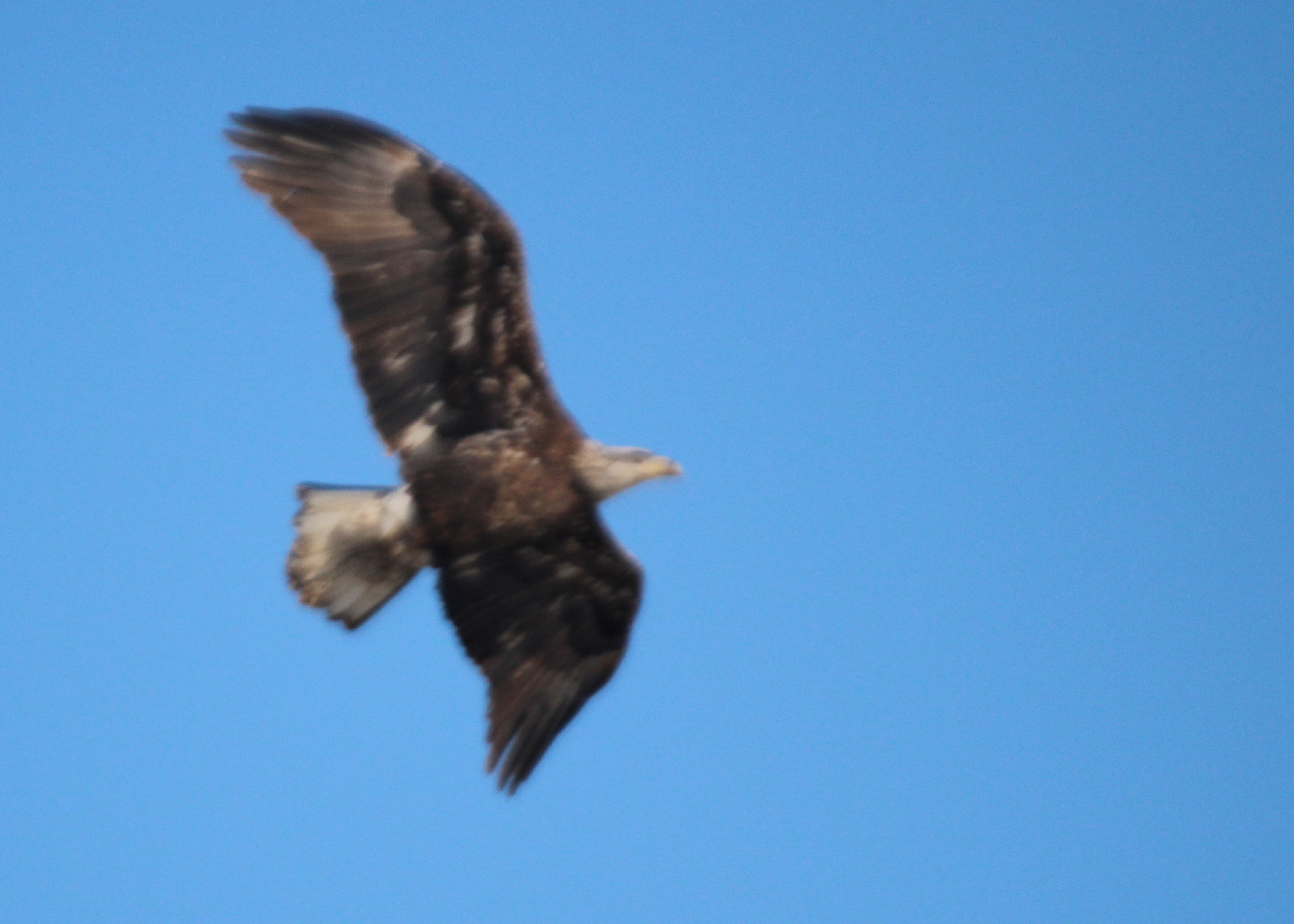 The problem is the lens, not the camera body.  Or, it could be the way you are using the lens with the T6.  It is difficult to draw any conclusions from a single OOF shot of a bird in the sky.  Do not expect a 100% keeper rate.  Not even 50%.  What to expect depends upon you, your gear, and your subject.  BIF shots are always hard, which is why people strive to do it.

While the T6 was introduced well after the lens was released, the lens should still be able to focus with it on still subjects in One Shot mode.  Tracking in AI Servo mode is another matter.  It is feasible the lens needs a firmware upgrade to work with a T6, which would require shipping it to Tamron for a repair, assuming a firmware upgrade even exists.

The EXIF in your shot shows 1/1600, f/6.3, ISO 400.  That exposure is close to what you want for BIF.  However, your EXIF data contains no AF points data.  You may have simply missed focus.  Post a test shot on a still subject, in One Shot mode, at different focal lengths.  I suspect test shots will show a drop off in sharpness as you approach 600mm.

I think that lens has different focusing modes, which change the focus range.  These can make a difference.  At your high shutter speed, you can almost turn off the image stabilization, because sometimes it gets in the way with older lens designs.

Nevertheless, I say return the lens.  While a better body would likely improve your performance in tracking BIF, I think half of the problem is the lens itself.  The fact that you say it is good out to 400mm, and then falls off in sharpness out to 600mm tells me the problem is the lens is probably working.  It is just not a very good lens at maximum focal lengths.  Then again, you could have a bad copy, which is another reason to return the lens.

"Doctor told me to get out and walk, so I bought a Canon."
Report Inappropriate Content
Message 2 of 18 (4,800 Views)
Reply
0 Kudos
TimStriley
Occasional Contributor

I think the lens is the culprit too. Unfortunately, I am hitting 0%. 350 shots taken yesterday, 0 keepers again. 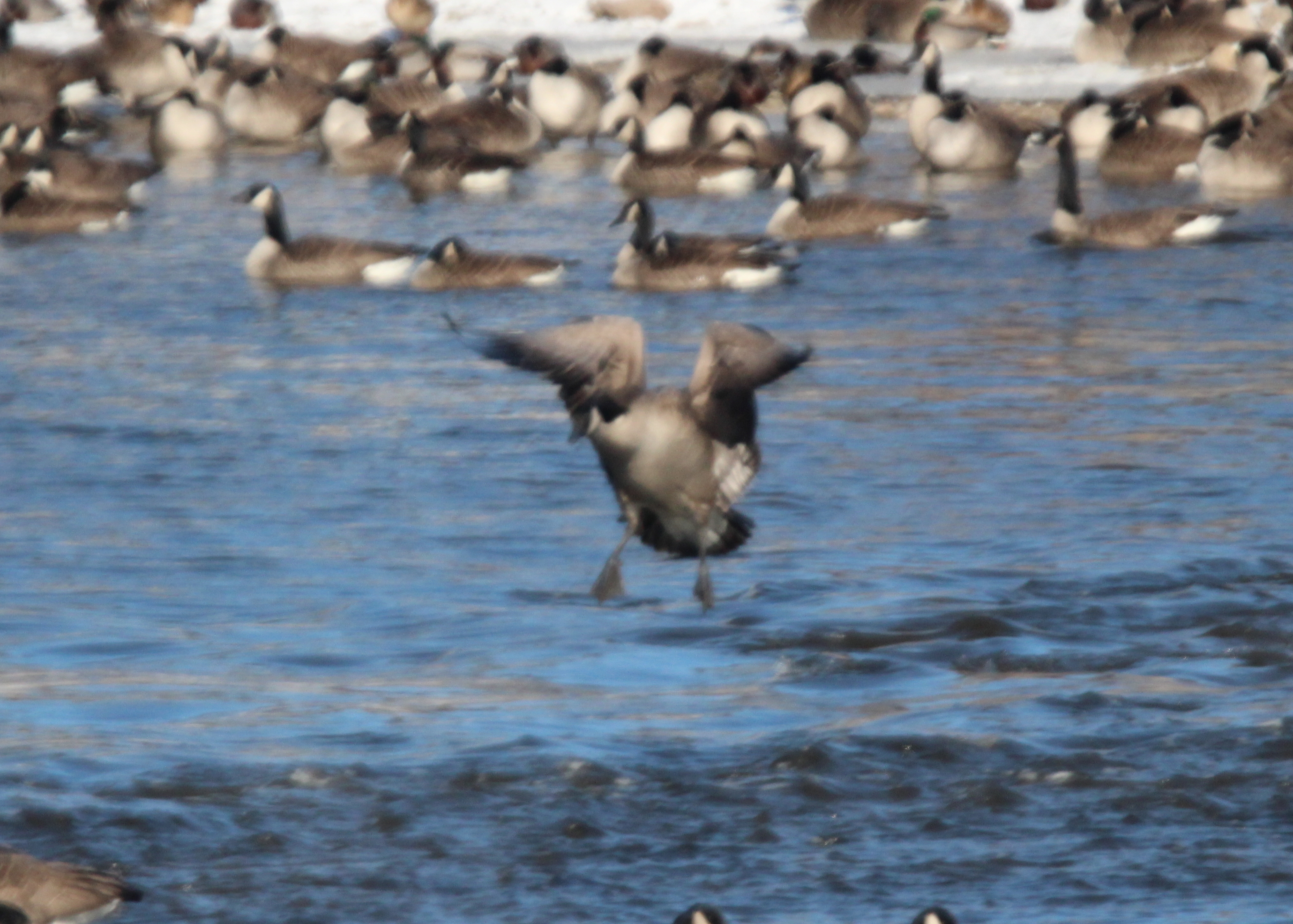 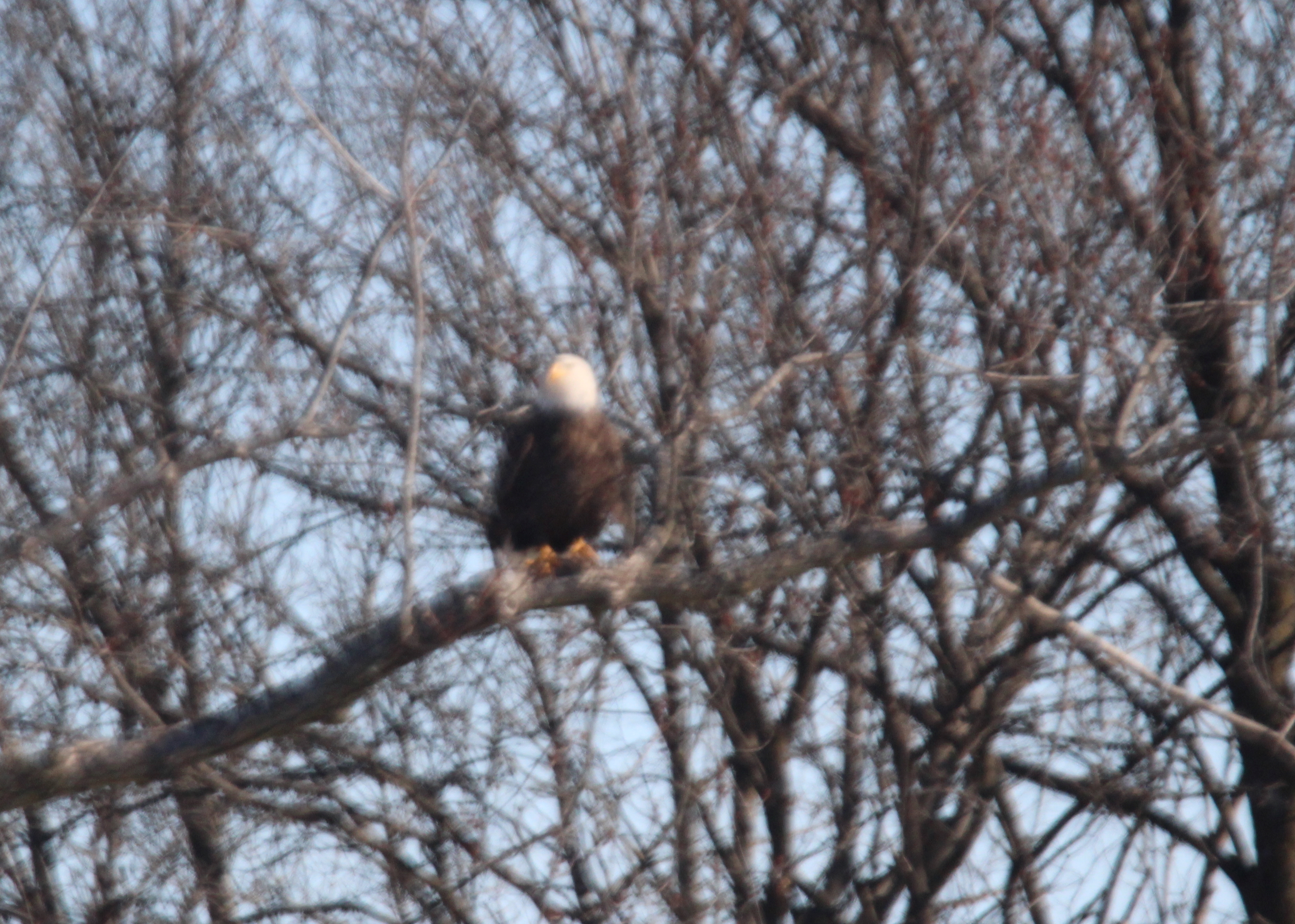 It does appear that you have a bad copy.  But, it is hard to make a good assessment without AF data.  It is hard to judge action shots.

Are you using a monopod, or a tripod? In some ways, your shots resemble motion blur, despite the high shutter speed.  Your entire image is equally out of focus, which usually a sign of camera motion blur.  Turn off image stabilization, and use a tripod to photograph a still subject that's about 30 yards away, for 600mm.

I do not know what sort of image processing you are using, but 100% color saturation is being reported..

"Doctor told me to get out and walk, so I bought a Canon."
Report Inappropriate Content
Message 4 of 18 (4,792 Views)
Reply
0 Kudos
RobertTheFat
Honored Contributor

It does appear that you have a bad copy.  But, it is hard to make a good assessment without AF data.  It is hard to judge action shots.

Are you using a monopod, or a tripod? In some ways, your shots resemble motion blur, despite the high shutter speed.  Your entire image is equally out of focus, which usually a sign of camera motion blur.  Turn off image stabilization, and use a tripod to photograph a still subject that's about 30 yards away, for 600mm.

I do not know what sort of image processing you are using, but 100% color saturation is being reported..

I don't think it's motion blur. Motion blur is usually directional; and this isn't, as far as I can see.

When you need to isolate a problem you go back to the basics. A good solid tripod, a well lit subject & take control of the camera by using Av and / or Tv mode, Auto focus in 1 shot & ON. Between test shots manually turn the focus ring so that the camera needs to re focus for every shot.

This may expand on most everything you can do to nail down whether it's equipment or technique.

"A skill is developed through constant practice with a passion to improve, not bought."
Report Inappropriate Content
Message 6 of 18 (4,774 Views)
Reply
0 Kudos
ebiggs1
Forum Elite

"When you need to isolate a problem you go back to the basics."

Everything said before is useless until you do that suggestion.  At this point you know nothing.  Perhaps the lens is faulty (unlikely if you got it from a reputable shop), perhaps it is the camera and perhaps it is you.

Do the basics ASAP. You are going to set up your tripod. Set the T6 on Av.  Outside on a nice sunny bright day.  Have a fixed subject at several distances, say 50 feet or so to start.  Try several apertures and SS but keep the SS at or higher than 1/1000.  ISO at 400.  Make several test shots.  Oh, BTW, always use Raw files.  Lens correction in DPP4 or LR.  Just use the common sense super tele settings and procedure.

Some say to turn IS, or VC as Tamron calls it, off when using a tripod.  I don't think it makes any difference but turn it off for the test.

Consider this, on a Rebel T6 a 600mm super tele is nearly 1000mm of telephoto!  That is a lot !  It is a lot, lot ! ! That is about the same as a 20x telescope.  But you get the bad with the good.  It also means all the problems as magnified by that same 20x.  It also means you as a new to super teles need to learn how to shoot with it.  Rarely do you just pick one up and great photos fly out of your camera.

So do this before you throw in the towel on this big guy.

"When you need to isolate a problem you go back to the basics."

BTW, all your examples show missed focus to me.  Did you happen to use a tel-con when shooting these?

It is possible that the VC (vibration compensation) is defective on this lens.  It's fairly common with this version.  Try taking pictures with VC turned off and if the result improves then it's the culprit.

The Tamron has 6-year warranty and they'd fix it for free...but not sure if the warranty applies to used gear though.  Since you bought it from a store, you might be able to return it.

Personally, I think the Tamron VC is lousy even when it works right and I always have it turned off on mine. I've got better results without it.  Even when VC is working right, the original Tamron v1 VC does not work with moving objects.  Tamron does have a firmware fix for this VC problem but you need to send it in (no USB port for this one).  Not sure if your copy had this done yet.

The Tamron warranty does not apply here. Open box sales or used equipment is excluded.