Auto-suggest helps you quickly narrow down your search results by suggesting possible matches as you type.
Showing results for
Search instead for
Do you mean
Reply
Topic Options
Edward1064
Frequent Contributor

While recently attempting some panoramic photography, I was using f-numbers of f/11 to f/16 to increase the DOF. Later I wondered whether light diffraction was spoiling some of the image quality. My equipment was a 7DII and Canon 16-35 mm IS USM f/4 lens.

Using some basic optics, even with a perfect lens, each point on the object is not focused to a point on the sensor, but to a blurred area roughly 2.44*f*lambda/D, where f is the focal length of the lens, lambda is the light wavelength, and D is the lens's aperture diameter. Since the f-number is defined as f/D, the blur reduces to 2.44*lambda*f-number. My camera's pixel size is 4.1 micrometers. If my math is correct, and assuming an average wavelength of 0.55 micrometers, even at f/4 the blur is 1.4 pixels. At f/16 it is 5.2 pixels.

What I don't know is how much this matters to image quality. In the future I plan to examine my photos closely to see whether the theoretical blurring vs f-number actually matters. Has anyone looked into this? I would appreciate some experienced feedback!

(Trying to watch Giants vs Dodgers while writing!)

The range of focal lengths of your 16-35mm lens is WAY too short for capturing a set of mages for a panorama.

I don't understand what you are trying to say.

Top 6 Reasons Why Your Images May Be Blurry (the-digital-picture.com)

I don't understand what you are trying to say.

How did you arrive at the conclusion that aperture size and settings is the reason why you images seem soft.  I don't think you have properly identified the issue.  But, post a sample photo of the issue, so that we can better understand what it is that you are seeing.

Ultra wide angle lenses are not known for capturing sharp details of distant subjects, most particularly landscapes, which tend to be dozens or hundreds of yards/meters from the the camera.  A UWA lens tends to make distant objects appear smaller, which reduces the resolution of the landscape shot.

I capture most of my panoramic shots using a 70-200mm lens, with the camera rotated to the portrait mode orientation.  You can capture one row of sample shots, or multiple rows of shots to create a even larger final composited image.

"Doctor told me to get out and walk, so I bought a Canon."
Report Inappropriate Content
Message 5 of 25 (300 Views)
Reply
0 Kudos
Waddizzle
VIP

While recently attempting some panoramic photography, I was using f-numbers of f/11 to f/16 to increase the DOF. Later I wondered whether light diffraction was spoiling some of the image quality. My equipment was a 7DII and Canon 16-35 mm IS USM f/4 lens.

Is stopping down the aperture to f/11 to f/16 an issue?  It certainly does not help.  Check a DoF table or app to see just how much depth of field you can get at f/4.  You might be surprised by the results.  The hyperfocal distance is relative close to the camera, even at f/4, when it comes to shooting landscapes. 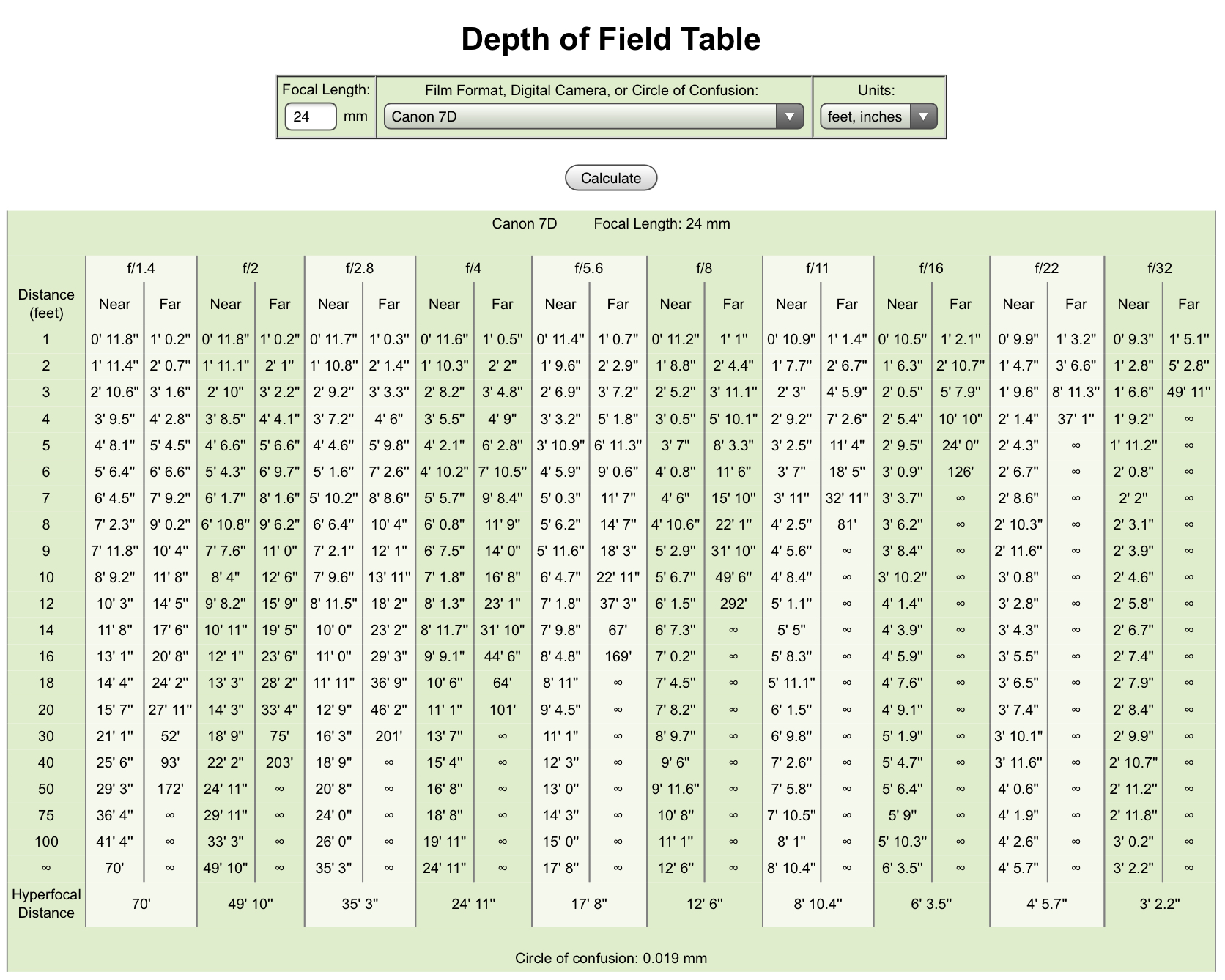 "Doctor told me to get out and walk, so I bought a Canon."
Report Inappropriate Content
Message 6 of 25 (298 Views)
Reply
0 Kudos
ebiggs1
Forum Elite

WA and UWA lenses have smaller aperture diameters at any given f-stop than longer lenses. This causes them to exhibit more diffraction than longer lenses. It is best not to stop down past f8 or f11 with a UWA lens. However you must decide whether the need of extra depth of field (DOF) is more important.

I do lots of panos. I used WA and UWA lenses and generally use f8.  Here is a seven shot pano I did recently with a 24mm WA at f11. 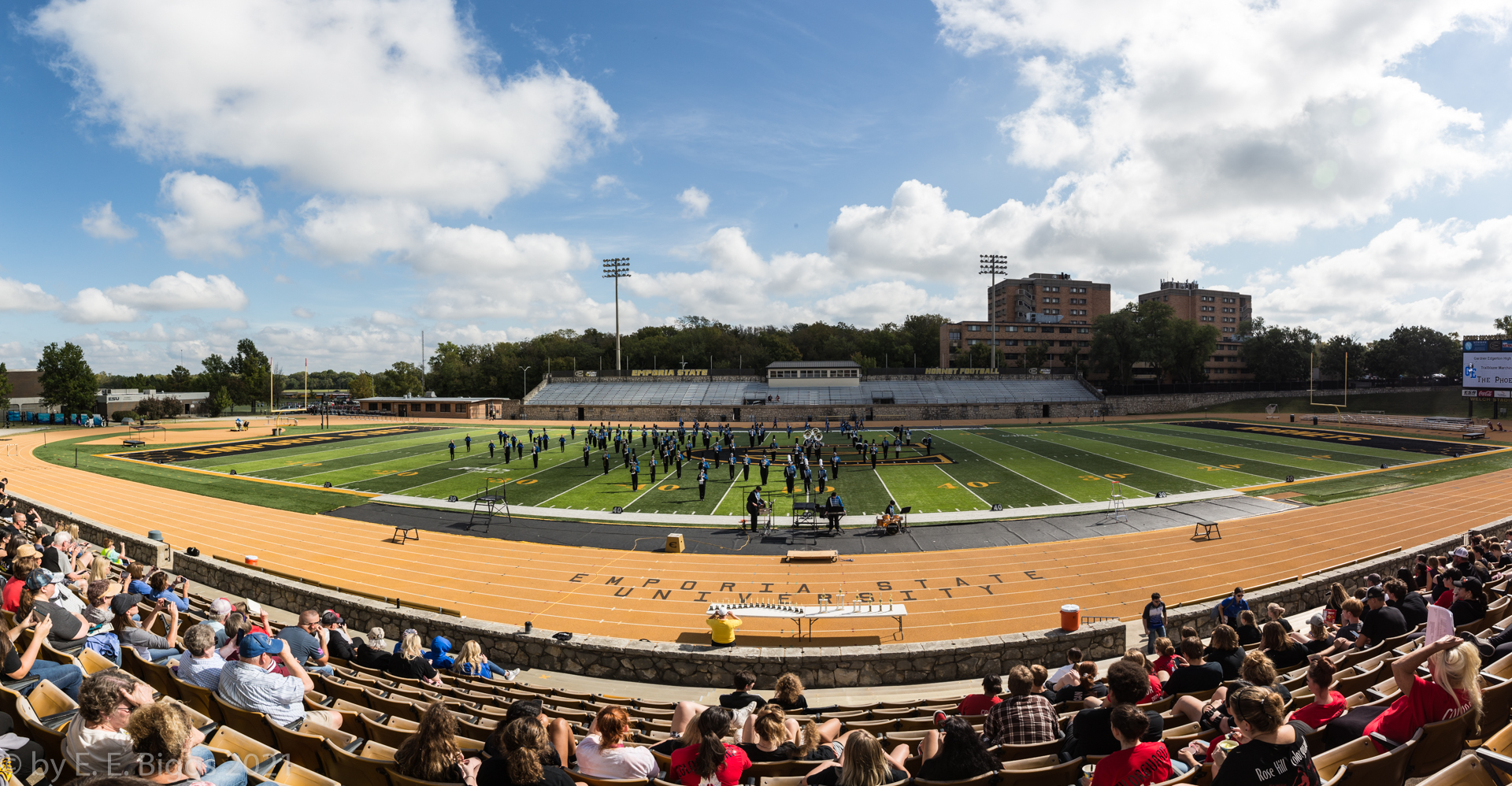 Here is almost the same shot only using three photos.

Of course I have no idea what you are shooting or what your goal is but with this type of photo IQ isn't the most important spec. My  ef 24-70mm f2.8L is a very sharp zoom. It will guess it has better IQ than the 16-35mm f4 zoom does. One thing to keep in mind that as distance increases lens resolving power also decreases.

Thank you for the link. There is a link within that link that has image comparisons for different cameras and lenses, and I will spend enough time there to understand it.

Thank you for your responses.  I guess I should tell a little of the backstory.

For several years I have been a bird photographer, using the 7DII and a Canon 100-400 mm II lens.  While hiking, we met another hiker who was doing panoramic photography, and I became interested. Something else to learn. So I set about photographing a unique Monterey Cypress tree at Point Lobos, near Carmel, Ca.  I wanted to make a panorama that included a little of its surroundings, on a cliff above the ocean. It was an experimental adventure, camera handheld in portrait orientation, using a couple of ideas I had gleaned from online reading.  Namely, shoot at high f-numbers for DOF (not really so relevant in this case since the subject was not so close) and in manual mode with fixed focal length.  It turns that a panorama does not enhance the Cypress tree.  See the Monterey Cypress below. It has a name: the Old Veteran.

I also took single shots of the Cypress at f/8 that looked a little better than the ones that were to be part of the panorama, taken at higher f-numbers, which got me thinking about diffraction. Thus the derivation that shows the diffraction depends on lens f-number in a straightforward way.

Yesterday I received an L-bracket for the 7DII and will use it on my tripod for the next reound of tests with various f-numbers. 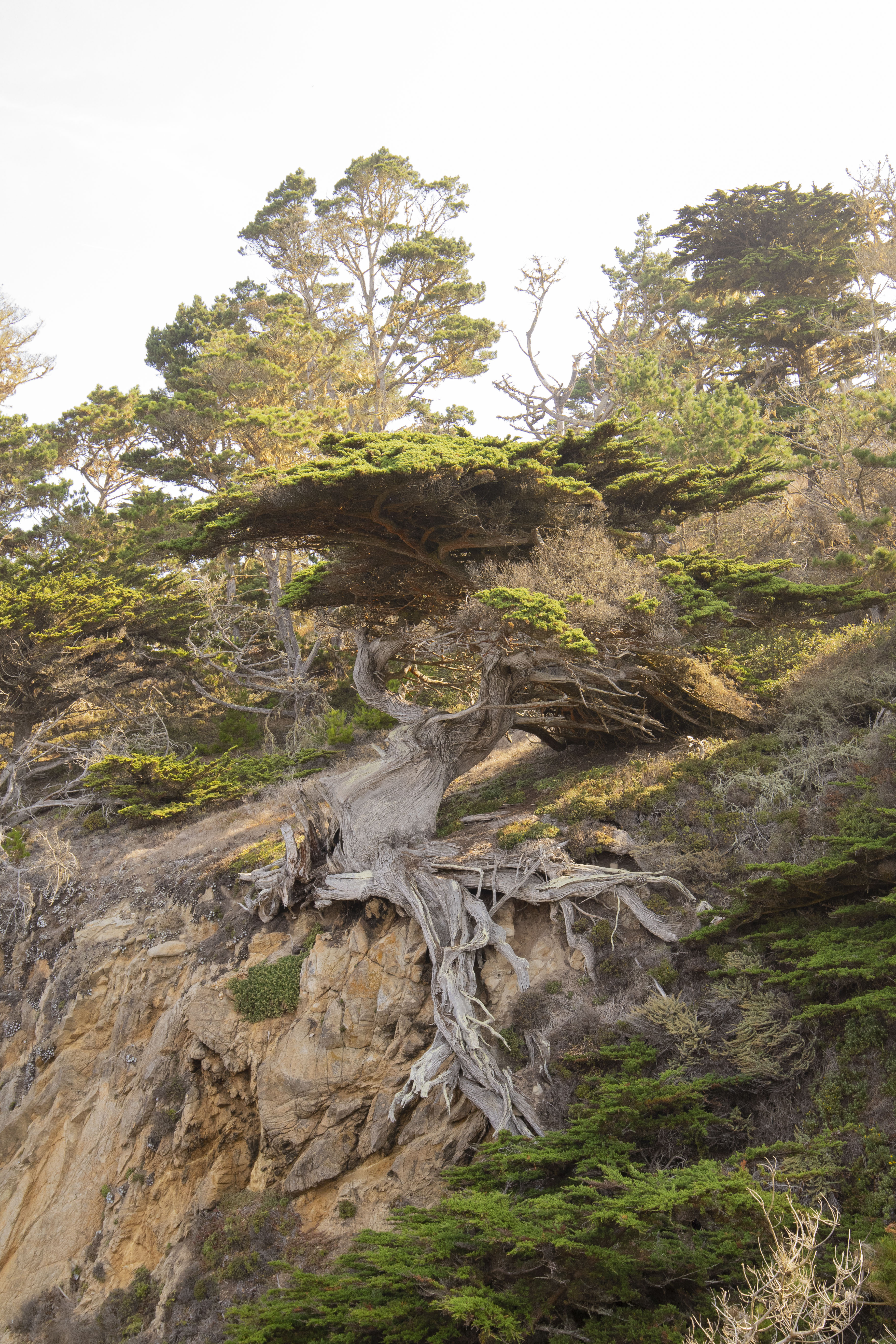 Thank you. Those panos of yours are really interesting. Yes, and image quality is not as important as it is with, say, bird photography. My interest here is to get the best quality photographs that my equipment can muster, not so limited my skills!