Auto-suggest helps you quickly narrow down your search results by suggesting possible matches as you type.
Showing results for
Search instead for
Do you mean
Reply
Topic Options
rs-eos
Valued Contributor

For printing, it will depend upon the aspect ratio of the paper.  Unless it too will be in a 2:3 aspect ratio, you'll have to crop.

Same for any other aspect ratio you capture in; some cropping may be needed.

If you want to absolutely maximize the resolution (if you're making seriouslly large prints), you can always do panoramas (e.g. take 3 or perhaps 5 landscape-oriented shots of the person).  This requires special skills and/or dedicated pano equipment and tripods to pull off.  And then you're subject will have to be very still the whole time.

Thank you, rs-eos. I appreciate your response. This is a new camera for me. Maybe the

old one was "simplier" and "easier"...too bad I don't have. It was a simple "point and shoot"

in the simplest way(s).

Have you tried turning the camera sideways?

You can also change the aspect ratio of the image and turn the camera on its side: 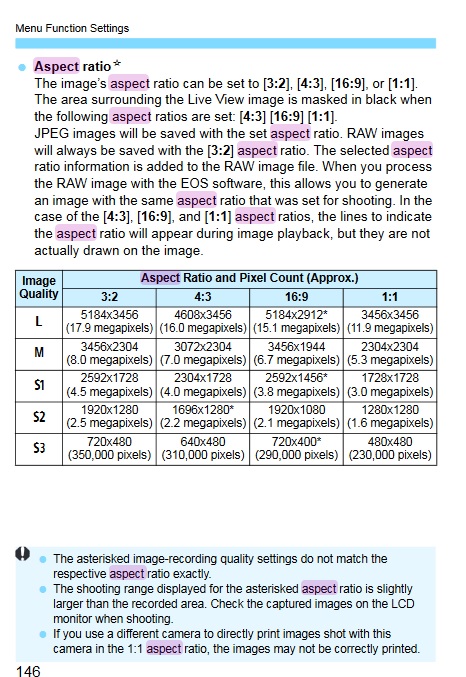 Also, note that your printer paper also has a fixed aspect ratio you might be fighting. Don't be afraid to use your scissors!

I you want to capture images and do printing, you'll need to understand aspect ratio.

Its a ratio between the width and height of an image.  For 1:1, the image would be square.  Same width as height.  For 2:1, it would be twice as wide as it is tall.  kvbarkley's post above shows where to go into the settings.

So one has to be careful to not fill the entire frame in that 3:2 aspect ratio and expect everything to fit in that 8 by 10 (4:5).  Example here: 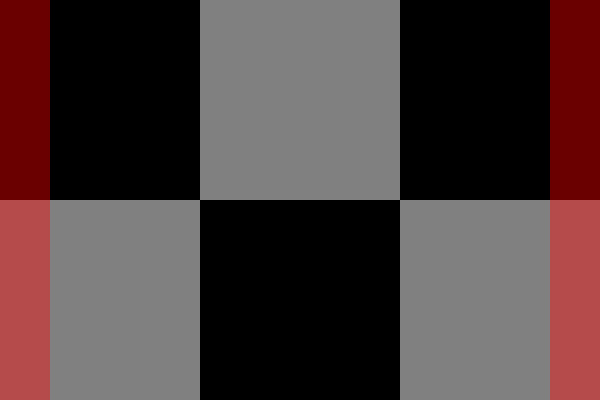 The original image (gray and black squares) represent a 3:2 aspect-ratio image.  But when wanting to out to a 10 x 8 (or 20 x 16) which is a 5:4 aspect ratio, you'd need to crop.  So when framing stuff for printing to this size, I just remember to not include important stuff that would get cropped out.

"Which lense is best to have "person" shot, fill the entire screen for printing?

Yes, they will. Either will do it?  The problem is how you use them and how you edit the photos. There is no such thing as a lens that will  produce a great picture without input from you.