I have both and, I agree with cicopo, the hands down choice is the 100-400. The difference in sharpness is marginal and are you kidding if you are hand holding it? If you like me have both you won't pick up the prime 400 any more.

I have both and, I agree with @cicopo, the hands down choice is the 100-400. The difference in sharpness is marginal and are you kidding if you are hand holding it? If you like me have both you won't pick up the prime 400 any more.

You are right the difference in sharpness is marginal, but marginally better for the prime. The differnce in AF acquistion is at least twice as fast for the prime. For bird in flights the prime is the choice. The primes works great with a 2x, with the zoom it's a disaster, BTW I've owned both and elected to keep the prime. The prime coupled with the 70/300L Is a great combo. 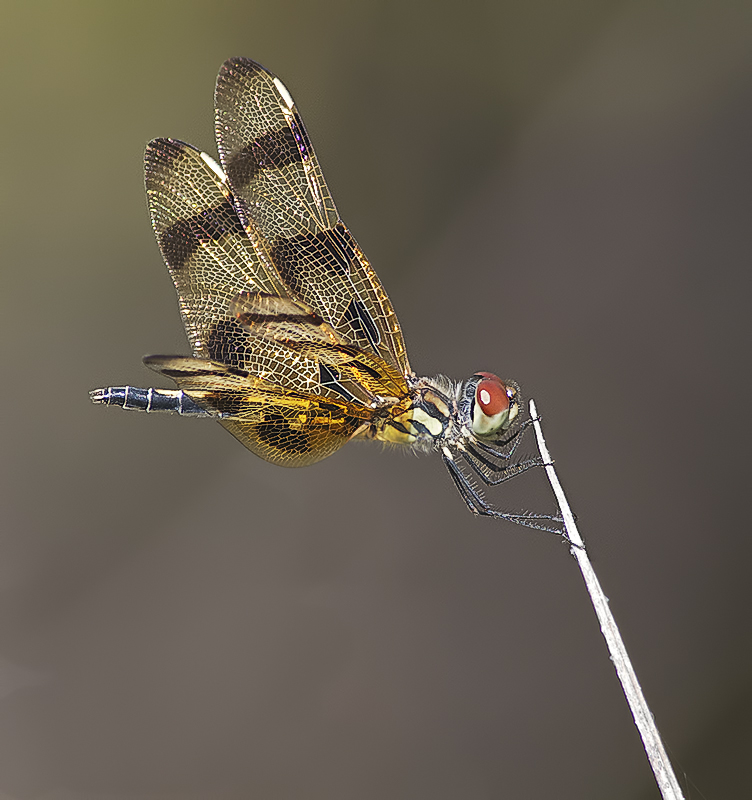 I've read a lot of great things about the 70-300 L IS & am tempted to buy one for my use, but since I have the 28-300 L IS and it's doing everything I need it too I can't justify the extra expense. Your dragonfly looks GREAT, but I'm guessing it was shot from a tripod and using Live view or manual focus since you're past F8 plus it's a stationary target. All of that does bring out the best a lens has to offer. I rarely shoot from a tripod but a few years ago when it was time to decide what to keep & what to sell I did a very simple but effective comparison between the 300 F4 L IS, 100-400 L IS & Sigma 80-400 OS & Sigma 50-500 NON OS. I later realized others may be interested in my test so uploaded the full files to an album and the photos can be downloaded to compare (with a photo on screen select ACTIONS > DOWNLOAD PHOTO). This of course isn't an equal comparison to your shot because you've degraded what your lens can do by adding the TC but this crop from the 100-400 at f5.6 is still a very crisp photo, especially at 100% 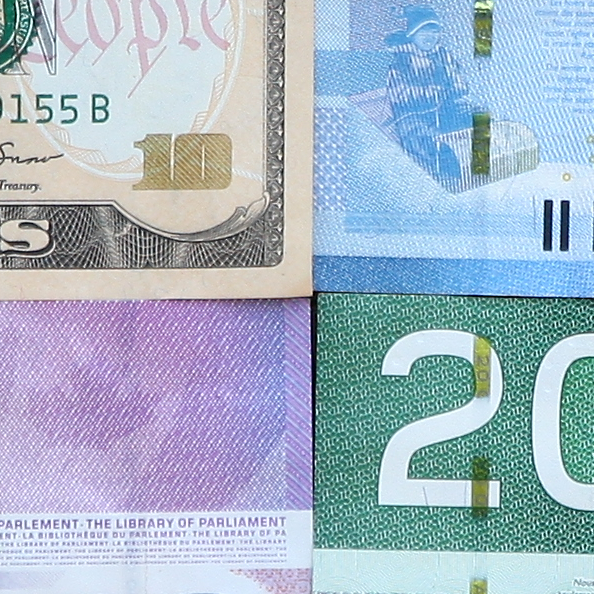 For anyone interested the album is here & has notes as the settings used.

"A skill is developed through constant practice with a passion to improve, not bought."
Report Inappropriate Content
Message 13 of 22 (11,914 Views)
Reply
1 Kudo
Samsen
Frequent Contributor

My 100-400L is probably the most commonly used lens I have and I love images it produce.

I could not live without its zoom at any cost.

I never felt the rumor is true that this zoom (Push /  pull) is a dust sucker and  a problem maker for the sensor dirt collection. I don't know why they say it and don't think it is true but unfortunately right now the lens is not focusing anymore and seems to need a repair. Hopefully it is not going to burn me in this bad economy days.

Remember this is one IS lens that is also one of the very few lenses Canon makes that has No Mk II, III etc (A perfect engineering design in first place).

Your photo is gorgeous. But I am going to stick with my assertion, if the user is hand-holding either lens, he is not that concerned with ultra sharpness.

When I hand-hold the 400ƒ5.6 I am usually shooting in-flight birds at 1/1600 - 1/2000 second so I still achieve sharpness. I am always concerned about sharpness.
Report Inappropriate Content
Message 16 of 22 (11,874 Views)
Reply
0 Kudos
Highlighted
Michaeldigital
Occasional Contributor 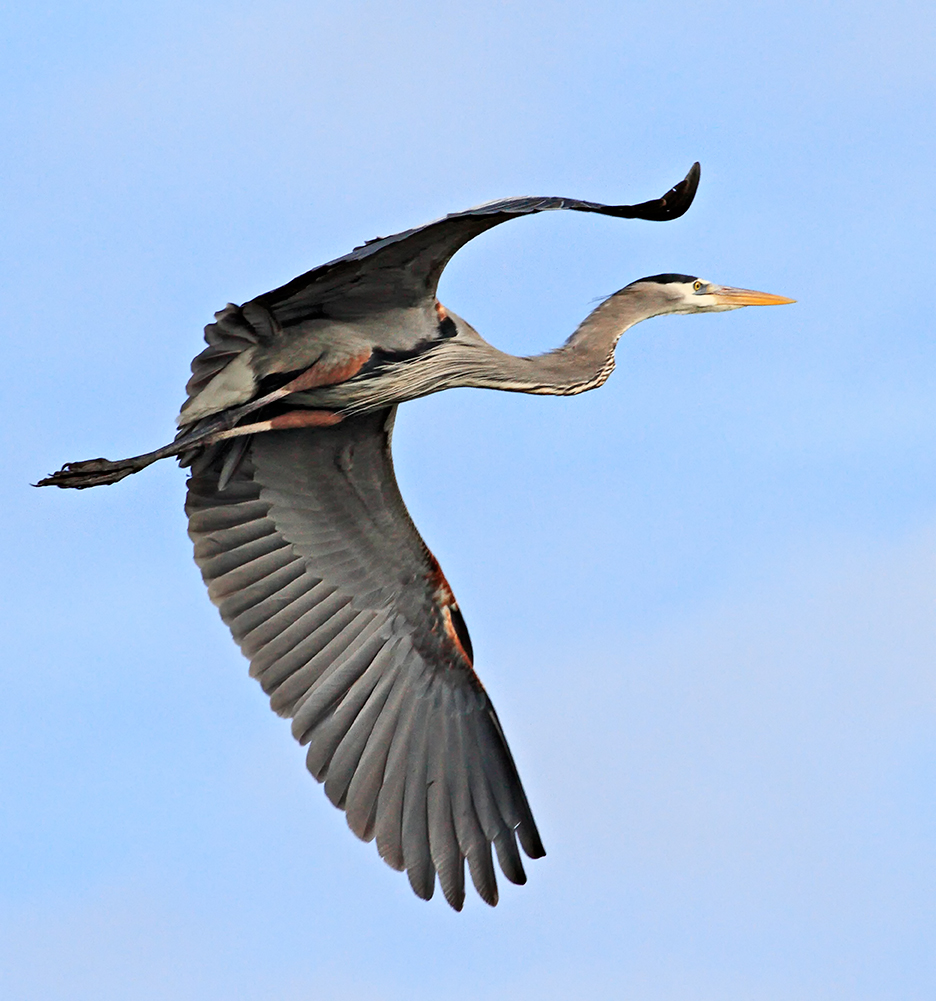 Sharpness is important, but technique is far more important. Your example of BIF is nice & it applies to many sports too because you're allowed to freeze the action with very high shutter speeds. HOWEVER many other fields of action require slower shutter speeds to only freeze a moving object while blurring the background & things like the propeller or wheels etc. I shoot radio control events & I can use high shutter speeds for the jets but I still try for a bit of background blur so I limit myself to 1/1000. For prop planes (models) I limit it to a max of 1/800 but prefer to use slower than that in good light. Real prop planes need 1/250-1/400 MAX, but slower works better. These examples should show that technique is more important than having the sharpest lens available because they are with lowly superzooms which are bad mouthed on a regular basis when talking IQ. The jets are shot with a Canon 1Ds2 / 35-350 L which has been out of production for years. The first one is a slow pass (flaps are down) at about 120 MPH, shutter speed is 1/1000 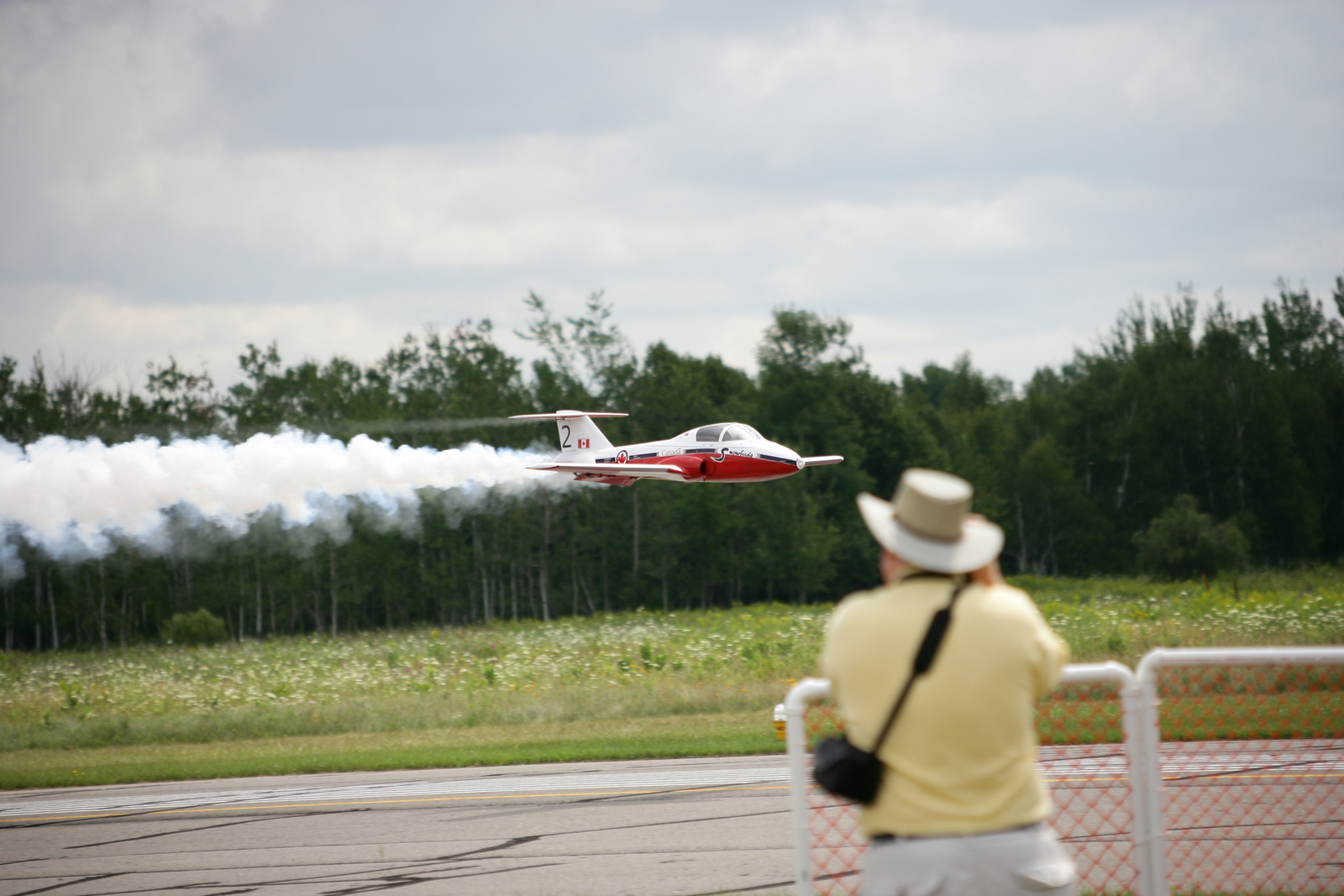 The tight crops should display at very close to 100% 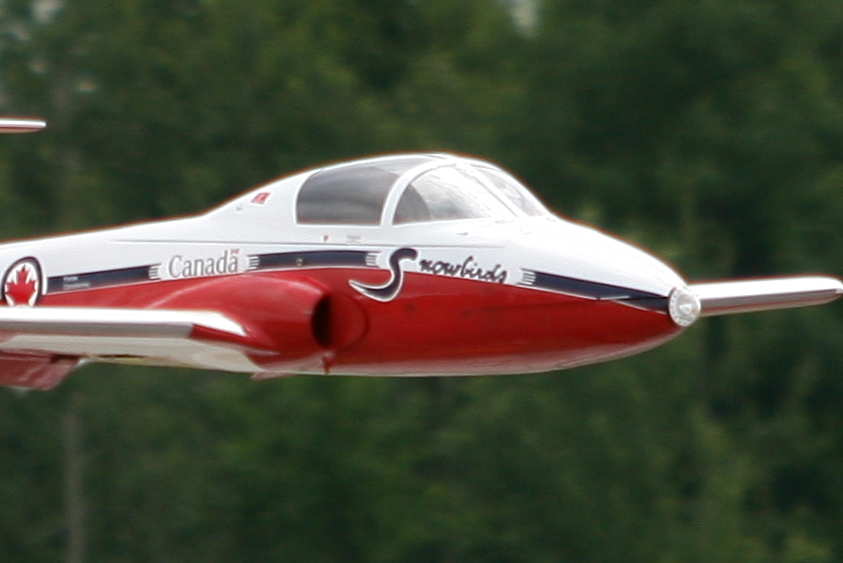 And this pass is at full speed, which was clocked earlier at being in the 320 MPH area, and my shot is at 1/800 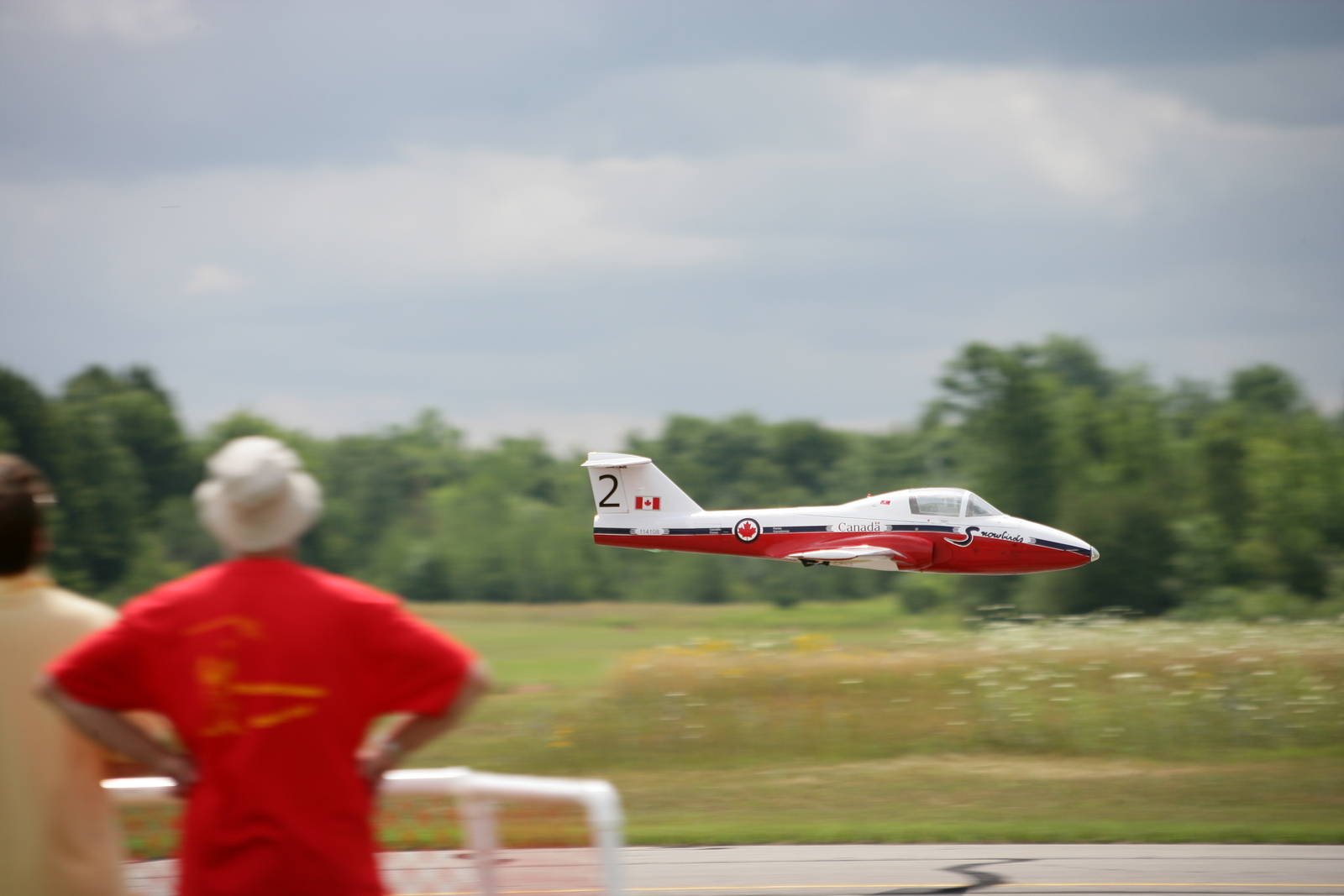 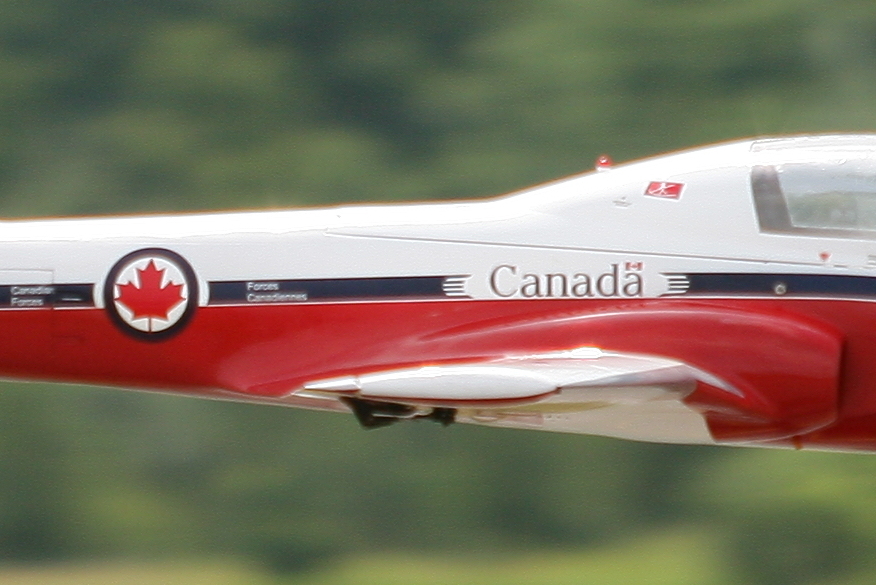 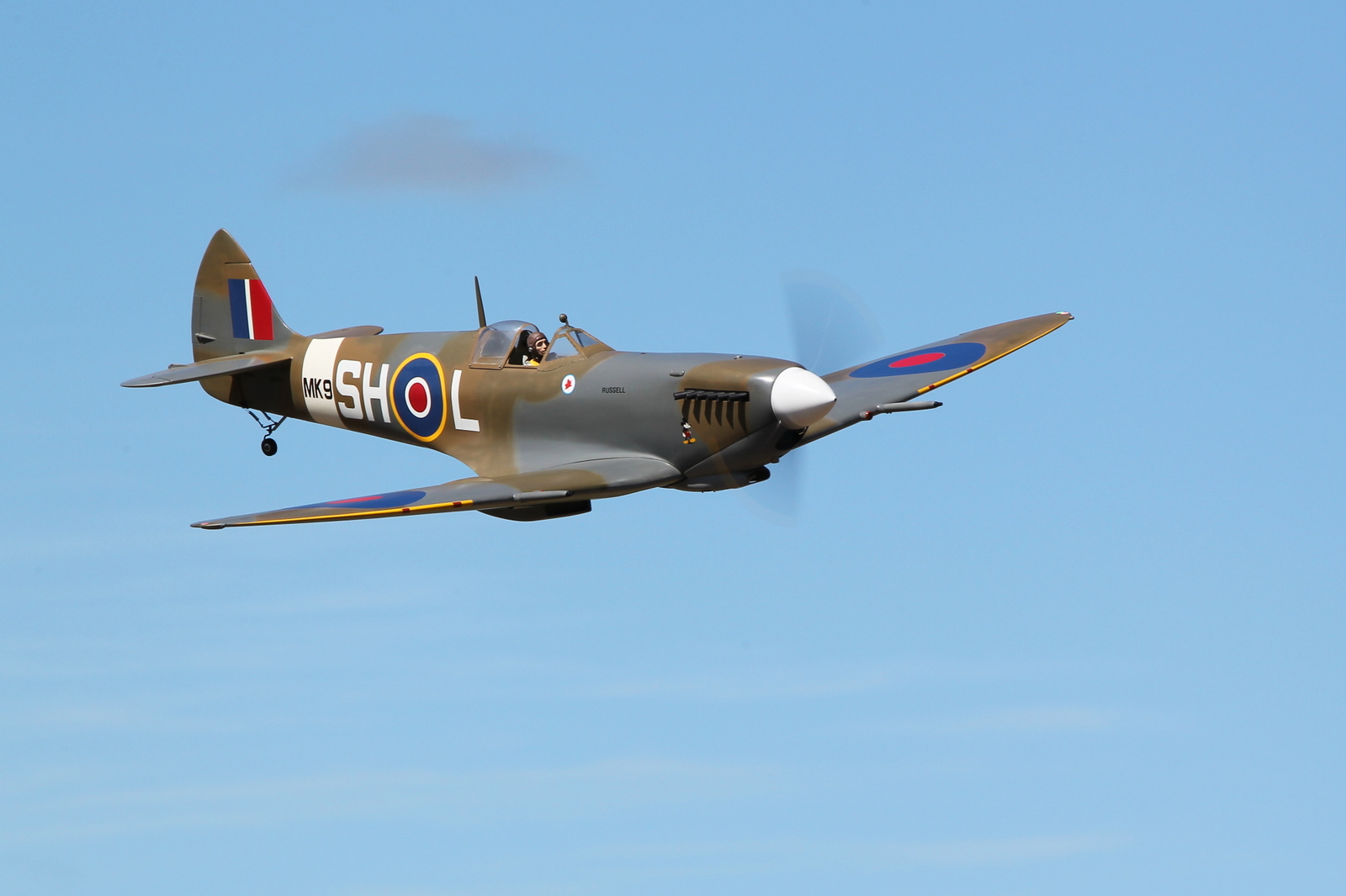 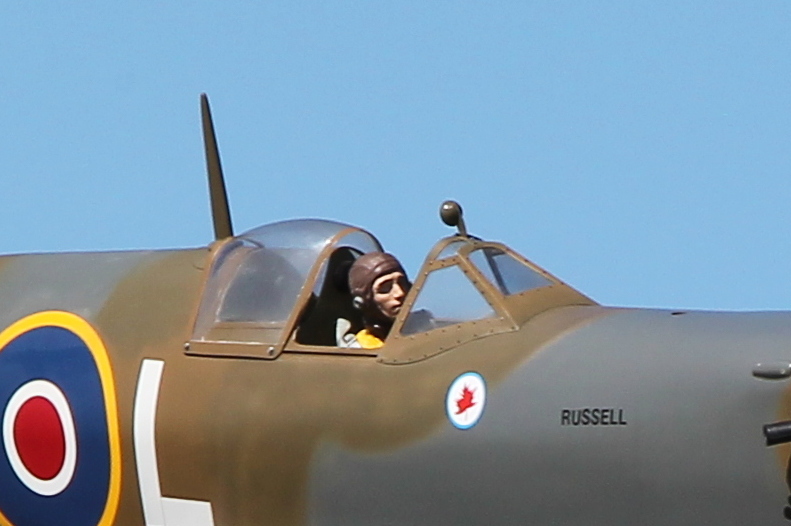 "A skill is developed through constant practice with a passion to improve, not bought."
Report Inappropriate Content
Message 18 of 22 (11,861 Views)
Reply
0 Kudos
cicopo
Esteemed Contributor

Now that I'm back from my grandson's birthday I'll get to the motorsports side of it. Again it's not about freezing the entire scene if the cars, motorcycles or bikes are to look like they are in a race. Years ago I went to the track on practice day to test all my gear to see which lenses & bodies worked best AF wise knowing I would be back 1 week later for a special event that I wanted to shoot. This shot is at 1/1000 and shows the Mustang nicely parked on the track, no evidence it's moving based on the photo, but in actual fact it's going at over 100 MPH & accelerating HARD. 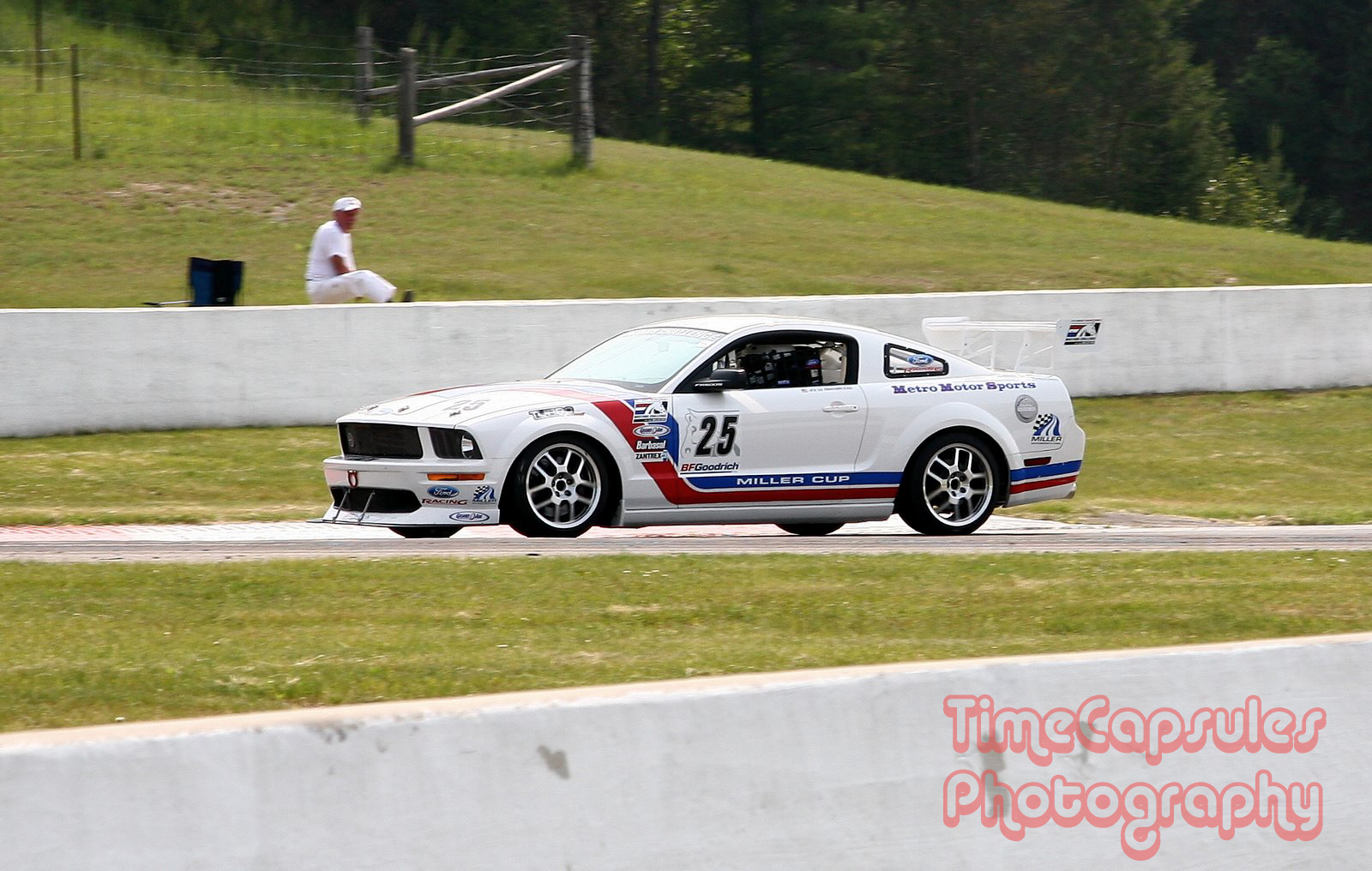 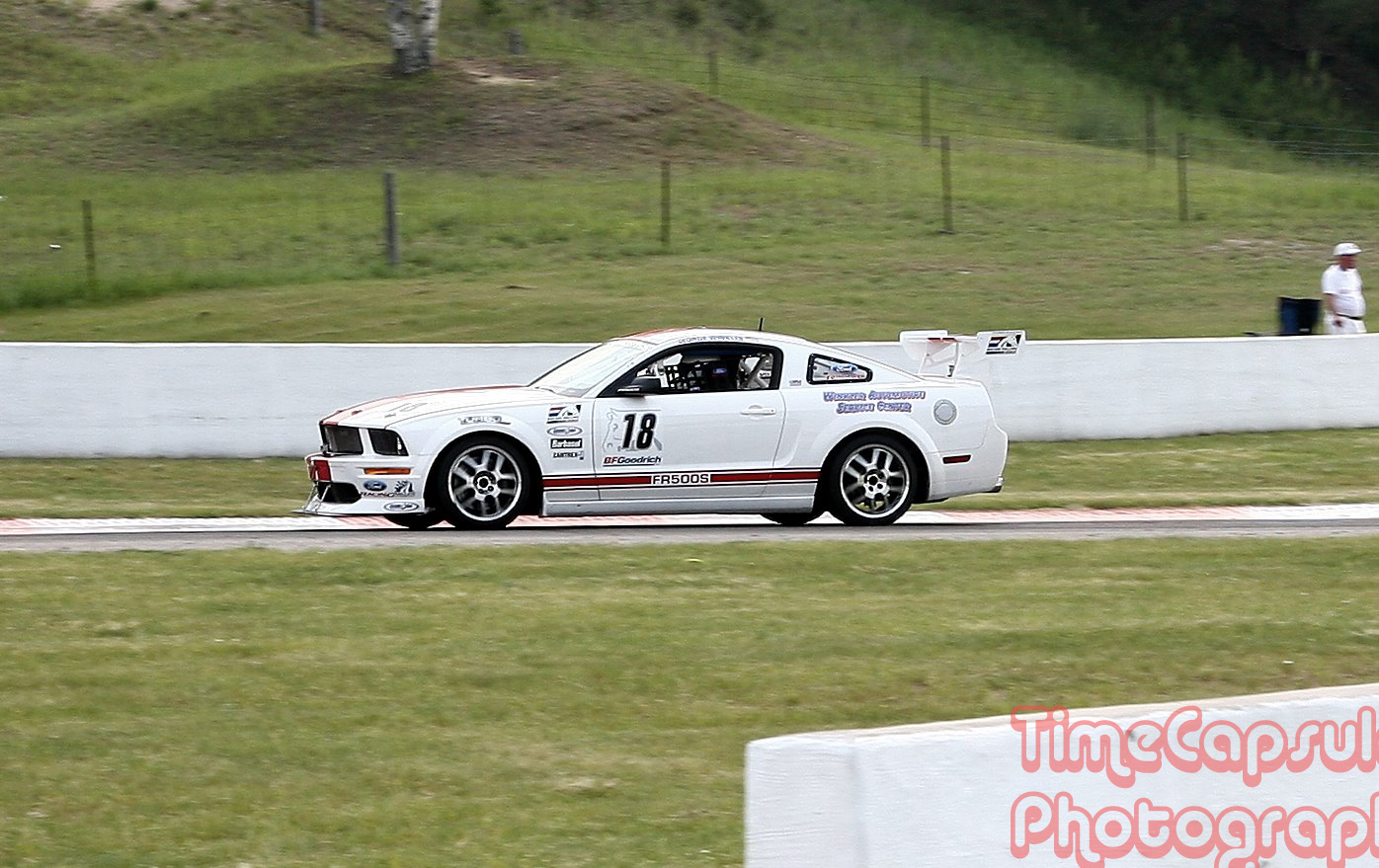 And now for the correct way of doing it, at the Vintage Race run to commemorate the 40 year anniversary of the first Can Am race held at Mosport, a race I attended. These are shot at 1/60 sec, and have lots of background blur, and the wheels & tires are spinning fast. 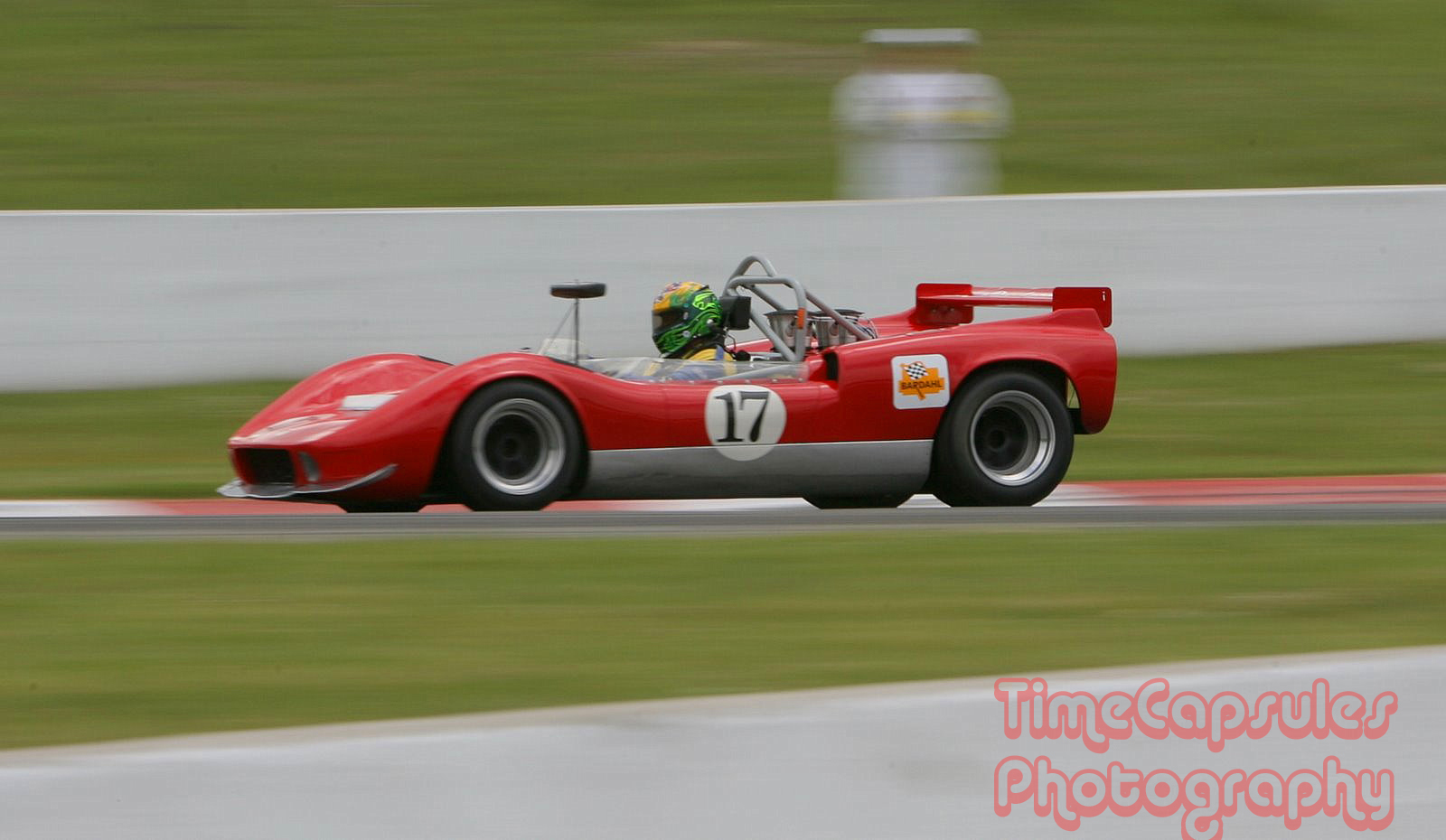 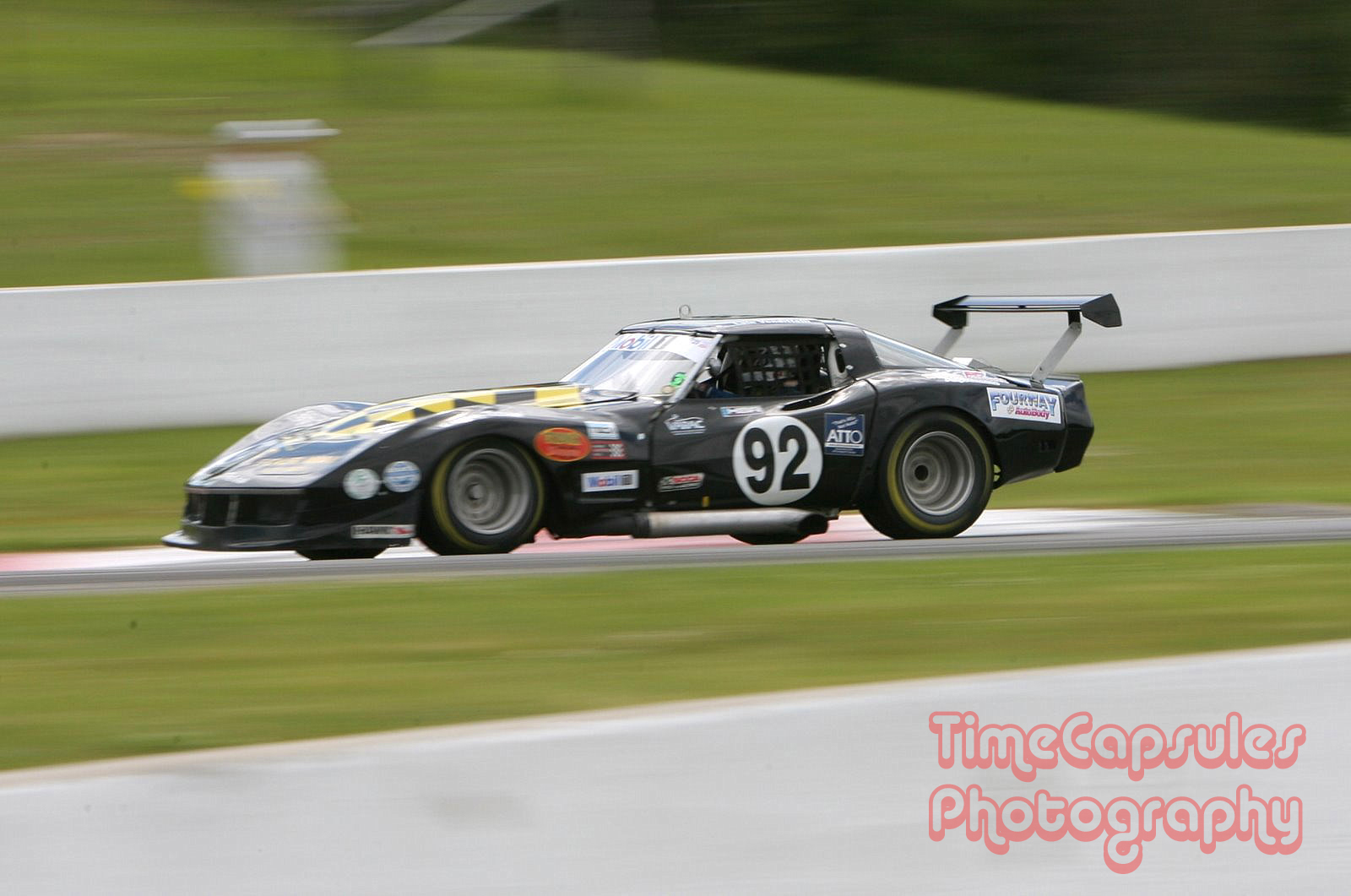 "A skill is developed through constant practice with a passion to improve, not bought."
Report Inappropriate Content
Message 19 of 22 (11,853 Views)
Reply
0 Kudos
ebiggs1
VIP

Sorry to disagree but the guy that sets up his 400 mm prime on a Manfrotto is after a sharp photo.