OK, that doesn't actually sharpen or improve the IQ of a lens.  It finds edges and increases contrast between them.  This gives an appearance of a sharper photo.  If used judiciously it can help. I hope it does the job for you. Most post editors have a function like that. And, a lot of people over use, abuse, it.

I started my love of photography when I was in the 6th grade with my Canon A1 35mm and when I got older I went to the AE1 and a motor drive. That was when you could shoot at anything and get great shots. Oh Well I'll get a differnt lens and give it another try. Thank's for the help.

I came from the A1 school, too.  I still have mine.  I also still have my F1n. I occasionally use it for fun.  It was my constant companion for years. There wasn't a day gone by that I didn't use it. It is a real friend.

I came from the A1 school, too.  I still have mine.  I also still have my F1n. I occasionally use it for fun.  It was my constant companion for years. There wasn't a day gone by that I didn't use it. It is a real friend.

I started my photographic career with 2x Nikon F3's and 2 Canon A-1's, using Tamrom Adaptall SP lenses as I was on the road or in the wild a lot.  I still have one of each, but just the one Canon 50mm f/1.4.

cheers Trevor
"All the beauty of life is made up of light and shadow", Leo Tolstoy;
"Skill in photography is acquired by practice and not by purchase" Percy W. Harris 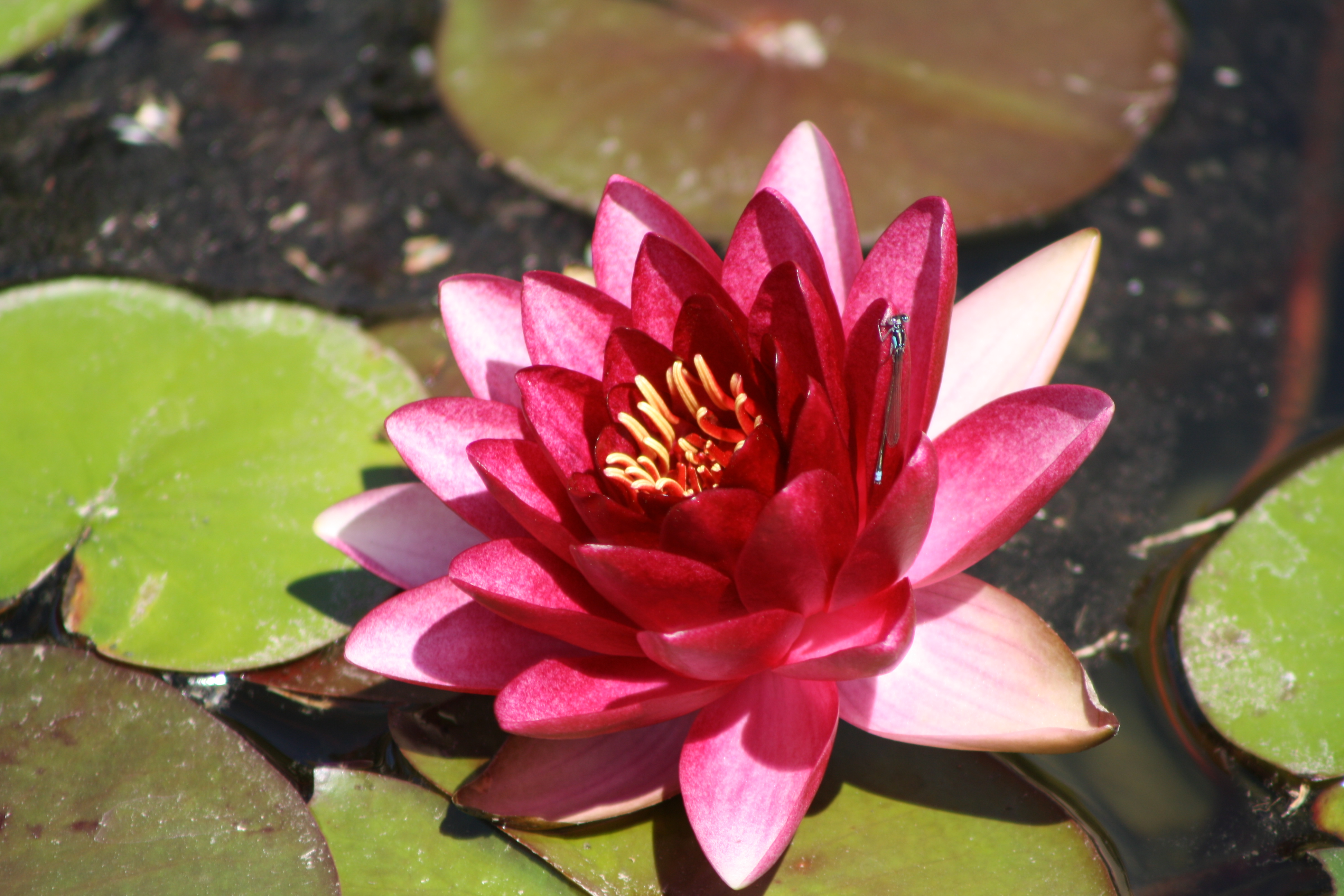 Quite often, a lack of contrast is as big of an issue as sharpness with IQ and this often makes the use of teleconverers (especially the 2X) far less desirable.  I have found glass and glass/teleconverter combinations that don't perform well in some lighting situations are decent when the lighting results in good scene contrast.

And depending upon you aperture and shooting distance, focus calibration (and also any lens aberrations such as astigmatism) become extremely critical.  I shot these this morning while checking AF calibration of a 5DS R and EF 800 f5.6 lens and at this shooting distance, ~30 feet, with wide open aperture the depth of field is under 2 inches leaving almost no margin for error.  Pushing a lens like this either when desiring shallow DoF or because of lighting constraints will push a lens to its capabilities and choosing a little friendlier shooting setup is often helpful.

The little bird building its nest was a bonus, I set the camera and tripod up in a comfortable location and thought the twigs in the old hand pump would make a good calibration target and as I was doing the initial setup the little bird landed and continued her construction work

I don't think the EF 800 is quite as sharp as its incredible 400, 300, and 200 brothers but with decent lighting its extra reach works very nicely. 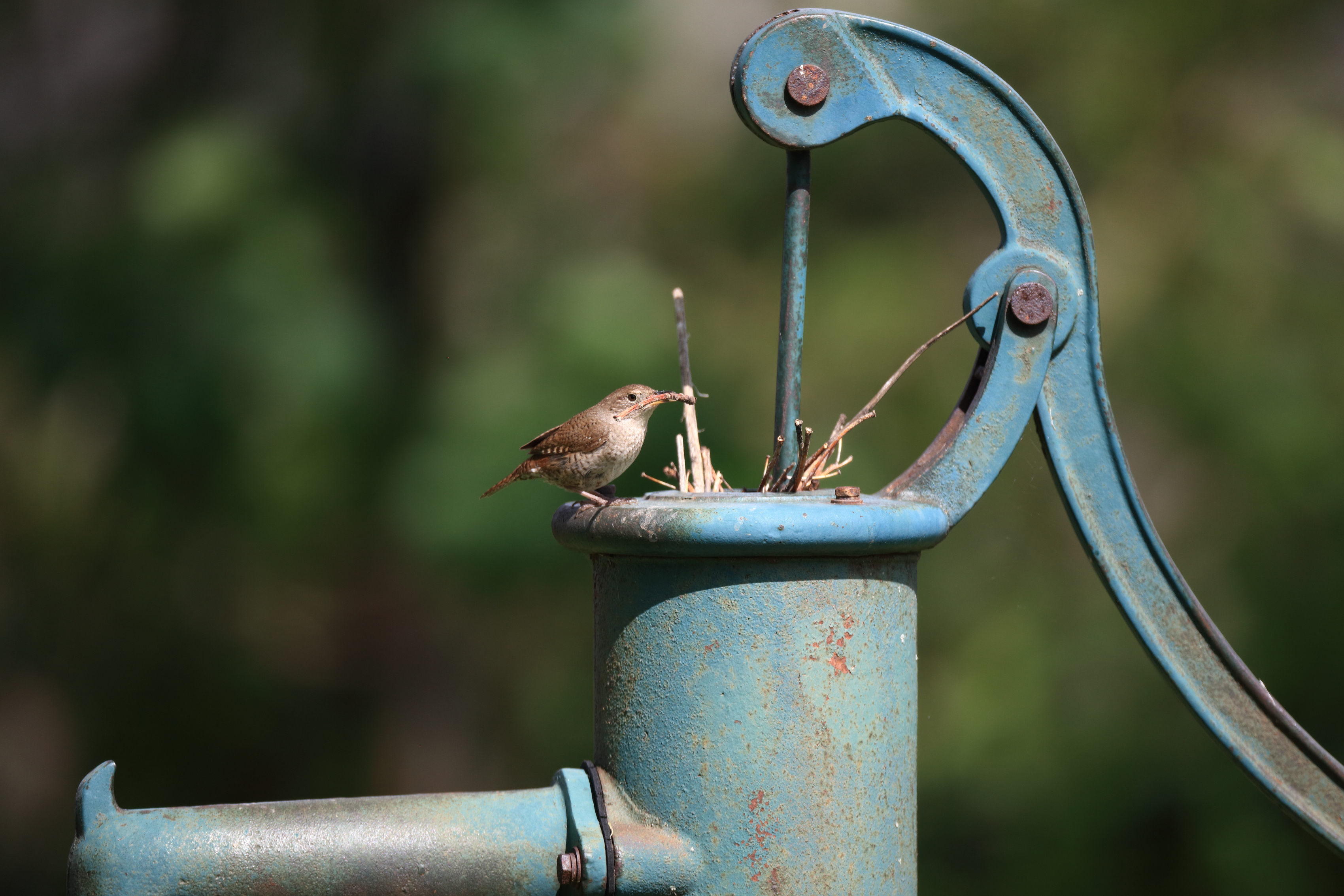 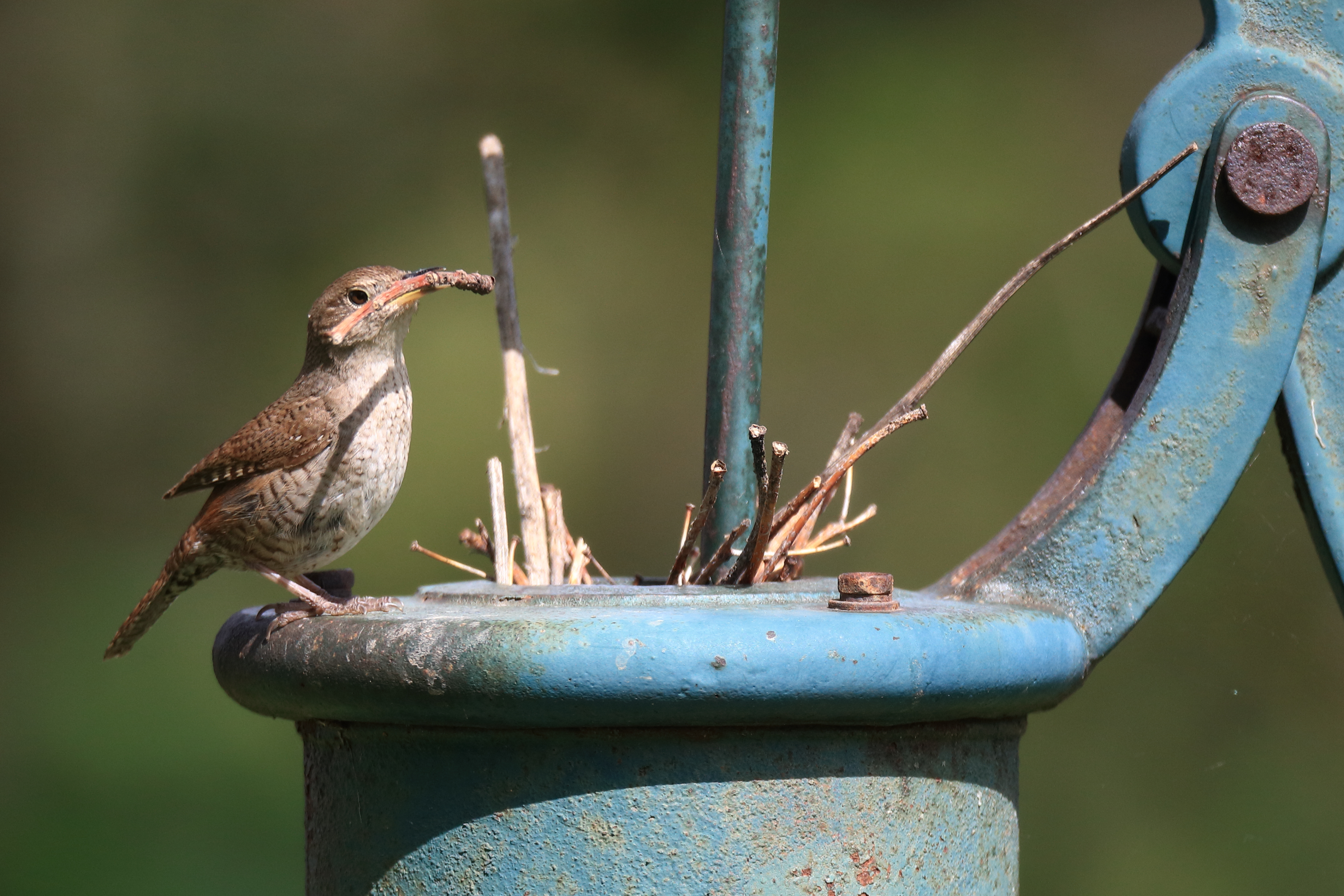 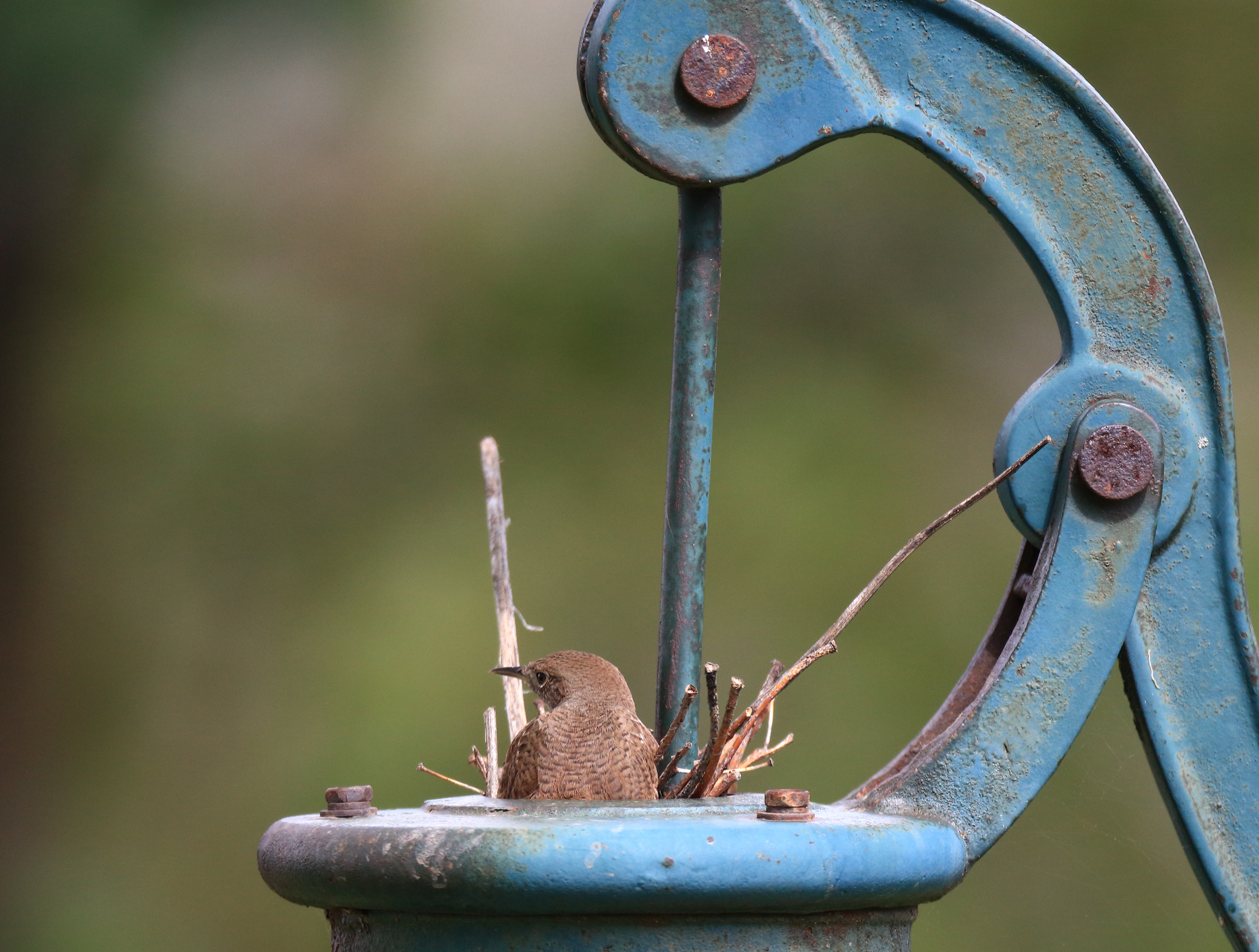 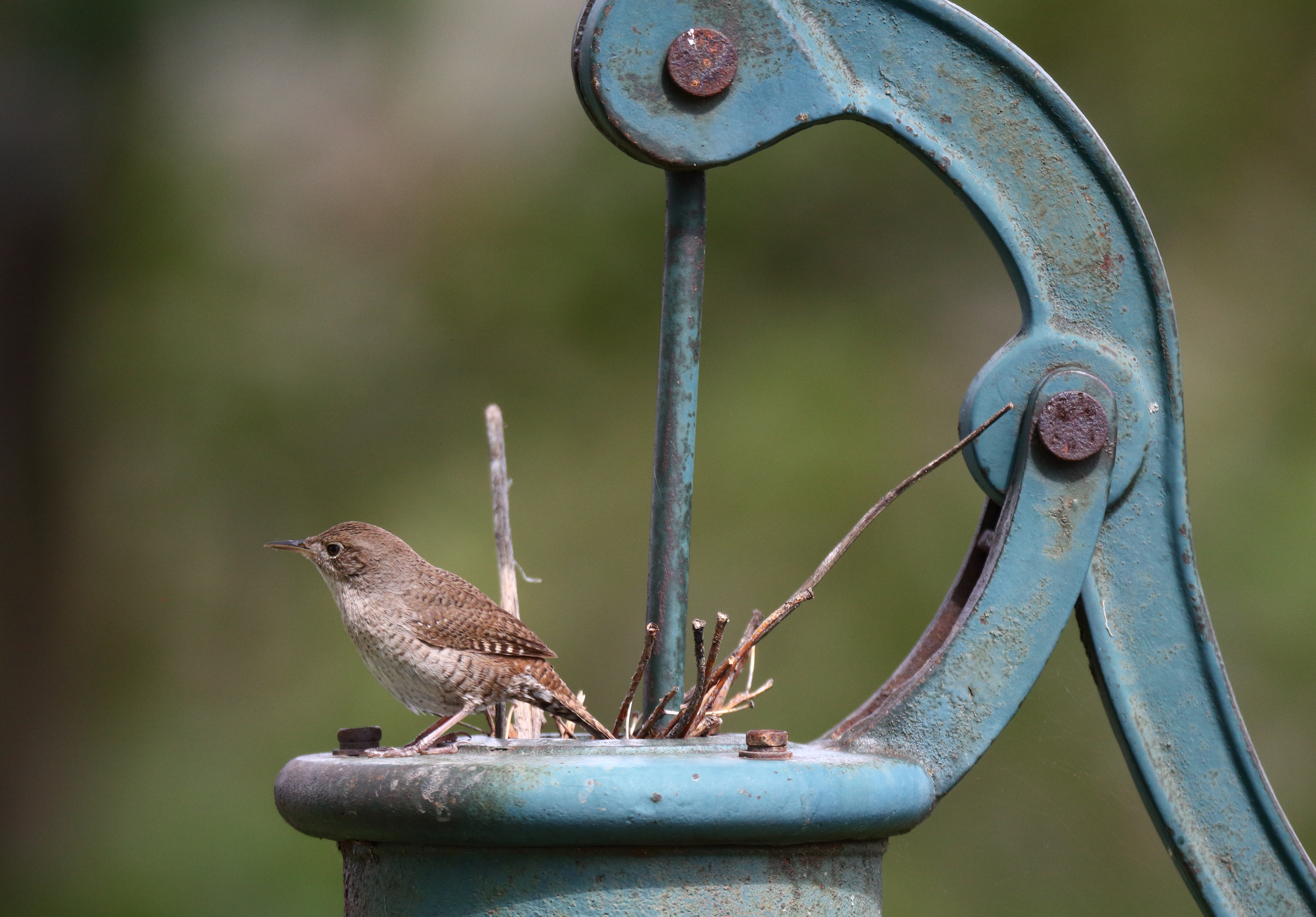