Your camera is fine. Your lens is fine. Your technique needs help! First forget M mode. Use AV and set it to f5.6. Set ISO to 800. Daylight WB. Use only the center focus point turn all the others off. Evaluative meter. Always, always shoot Raw format never jpg. Try these settings and report back.
EB
EOS 1DX and 1D Mk IV and several lenses!
Report Inappropriate Content
Message 11 of 19 (350 Views)
Reply
0 Kudos
Mmoitoso
Occasional Contributor

Ok thank you!!!! I will try these settings this evening and see if it works out better. I so appreciate the help!
Report Inappropriate Content
Message 12 of 19 (334 Views)
Reply
0 Kudos
wq9nsc
Respected Contributor

That lens is going to be at f5.6 once you get into the 150mm zoom lens and that is a very narrow aperture for sports under lights.  Once you drop the shutter speed too much, motion blur is an issue and 1/500 is definitely on the ragged edge for motion blur for many baseball photos.  So once you have a fast enough shutter speed to freeze motion, the f5.6 lens with night sports is going to push the ISO up and noise is the result.

1. If you aren't shooting in RAW, do so because you can do some reasonable cleanup after shooting in RAW.  Canon's DPP processing software is free for Canon owners and it works quite well at de-noising RAW files and converting to jpg.  Shooting in RAW isn't a magic fix but it will help.

2.  Get as close as possible, mostly to avoid having to crop because this makes the noise and loss of detail of high ISO shots far more noticeable.  If you can use your zoom lens at a lesser telephoto setting where a wider aperture is available, that will also help.

3.  Consider getting some shots when the player is frozen.  This will allow you to drop shutter speed allowing ISO to decrease.

4.  If your children play/perform in more than one stadium, try to concentrate on sites that have the best lighting.

5.  If games start before sundown, capture as many good images as possible while there is still some natural light to supplement field lighting.

6.  Light isn't distributed evenly across the field so when possible, try to capture your children when they enter one of the brighter zones.

My personal bias is noise is preferable to motion blur so attempting to drop shutter speed below the minimum to freeze action isn't useful.  But ISO 6400 on a lot of cameras is going to have a lot of noise and loss of detail.

If you are trying to capture night sports events in places that aren't illuminated like a NFL stadium or major D1 football field a faster (wider aperture) lens is the only viable path.  If you can get close enough, a fairly low cost lens like the Canon EF 85 f1.8 is good for low light sports but the caveat is you have to be able to get very close to the action with an 85mm lens.  I have used this lens for indoor soccer and as a close work football lens in really poorly lit stadiums and it does work well with very fast focus.

Good night sports photography is highly dependent upon wide aperture lenses and those are usually coupled with a camera that provides good high ISO performance.  I recently took the photo below at a field that has extremely good lighting for a high school field and it is better than many college fields but even with an expensive 400mm f2.8 lens it still pushed the ISO up to 6400 at my desired 1/800 minimum shutter speed for football.  This was captured with a camera that does extremely well at higher ISO but there is still a large loss in quality compared to what it provides at a lower ISO setting, captured with aperture fixed at f2.8, shutter at 1/800, and ISO allowed to float to provide for the proper standard exposure.

Bottom line, once the sun goes down there never seems to be as much light as you would like for sports 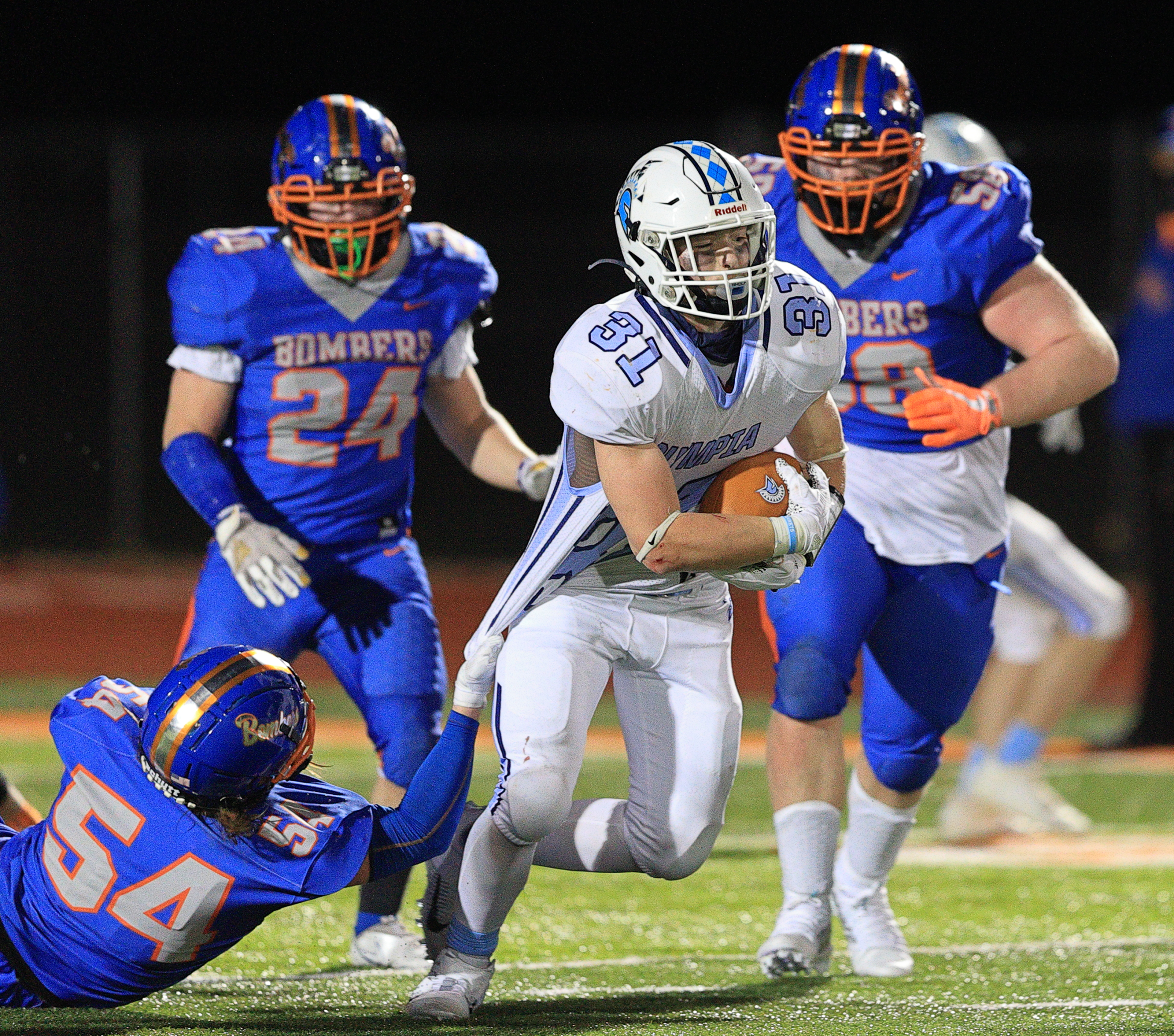 I am pretty much in concert with what Rodger is recommending but keep my suggestions in mind to start.

"Use AV and set it to f5.6. Set ISO to 800. Daylight WB. Use only the center focus point turn all the others off. Evaluative meter. Always, always shoot Raw format never jpg."

Here is where I don't go along with them.

Do use Raw and the free from Canon DPP4 to edit.  It does make a huge difference.  It can be a photo saver! Your ISO is not a consideration since you will fix it at 800 and your Rebel should do nicely at that ISO. Your lens is a tad bit slow but again fixed at f5.6 it will not be helped a great deal by the one stop difference between full zoom FL and the none zoom FL.

This is a learn to walk before you learn to run deal.  We want to keep the settings simple to start.  You can jump into the more advance stuff that Rodger has mastered later on.  Lets get some keepers right now.

A big factor most people forget is, all camera gear has it limitations,  Some shots are simply not possible or at least possible without huge expenditures of time and money. Let's start slow and get some shots! 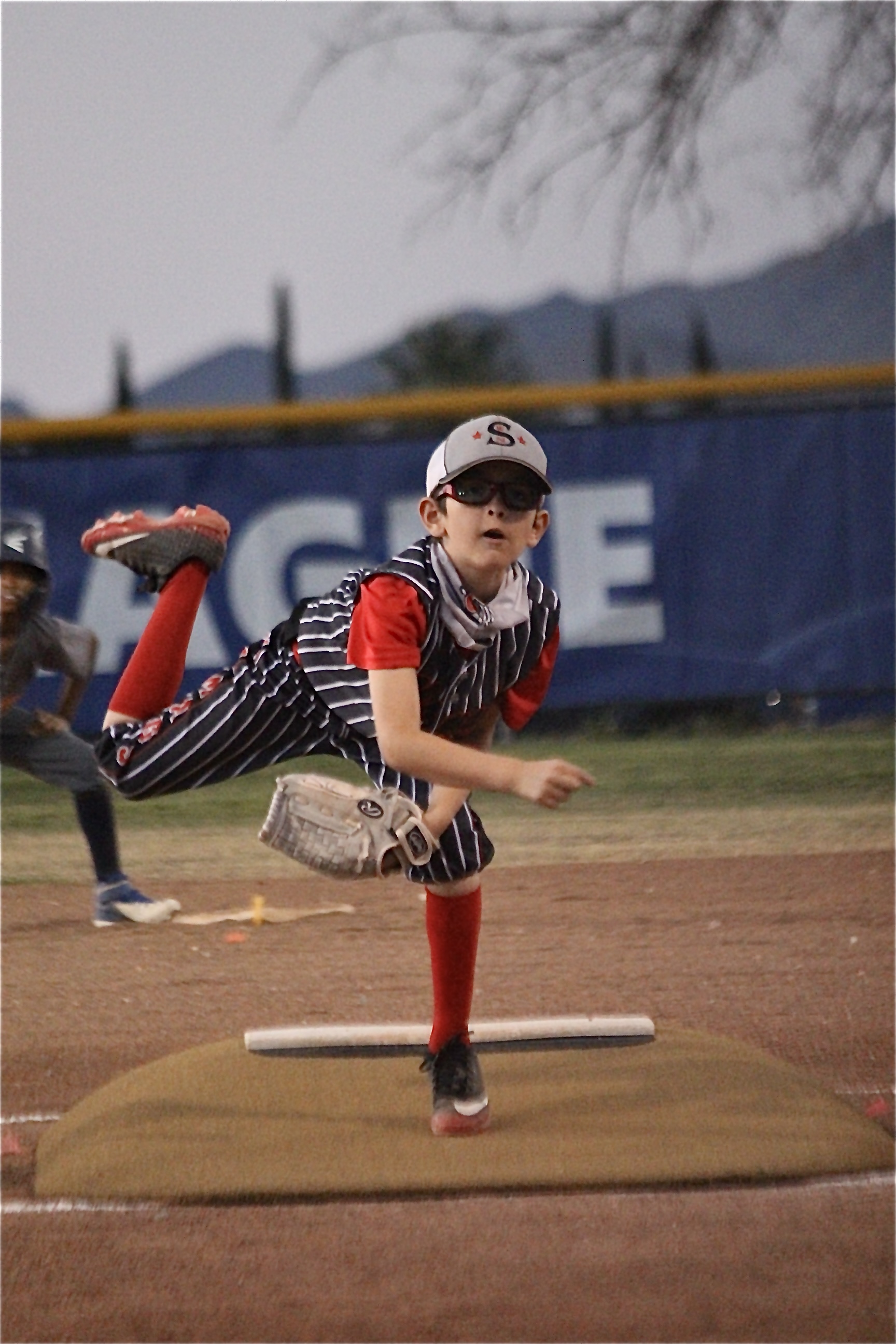 Great shot.  It needs a little post-processing work, though.  Level the horizon.  I would be tempted to crop it square, cutting off off the top portion and some of the bottom sliver of the original shot.

"Doctor told me to get out and walk, so I bought a Canon."
Report Inappropriate Content
Message 15 of 19 (285 Views)
Reply
0 Kudos
Mmoitoso
Occasional Contributor

Thank you! I set the setting as you suggested and the pictures are way better! I haven't taken under the field lighting yet but I'm hopeful it will be great. When taking picture on the field during the day should I keep the setting but change the ISO? 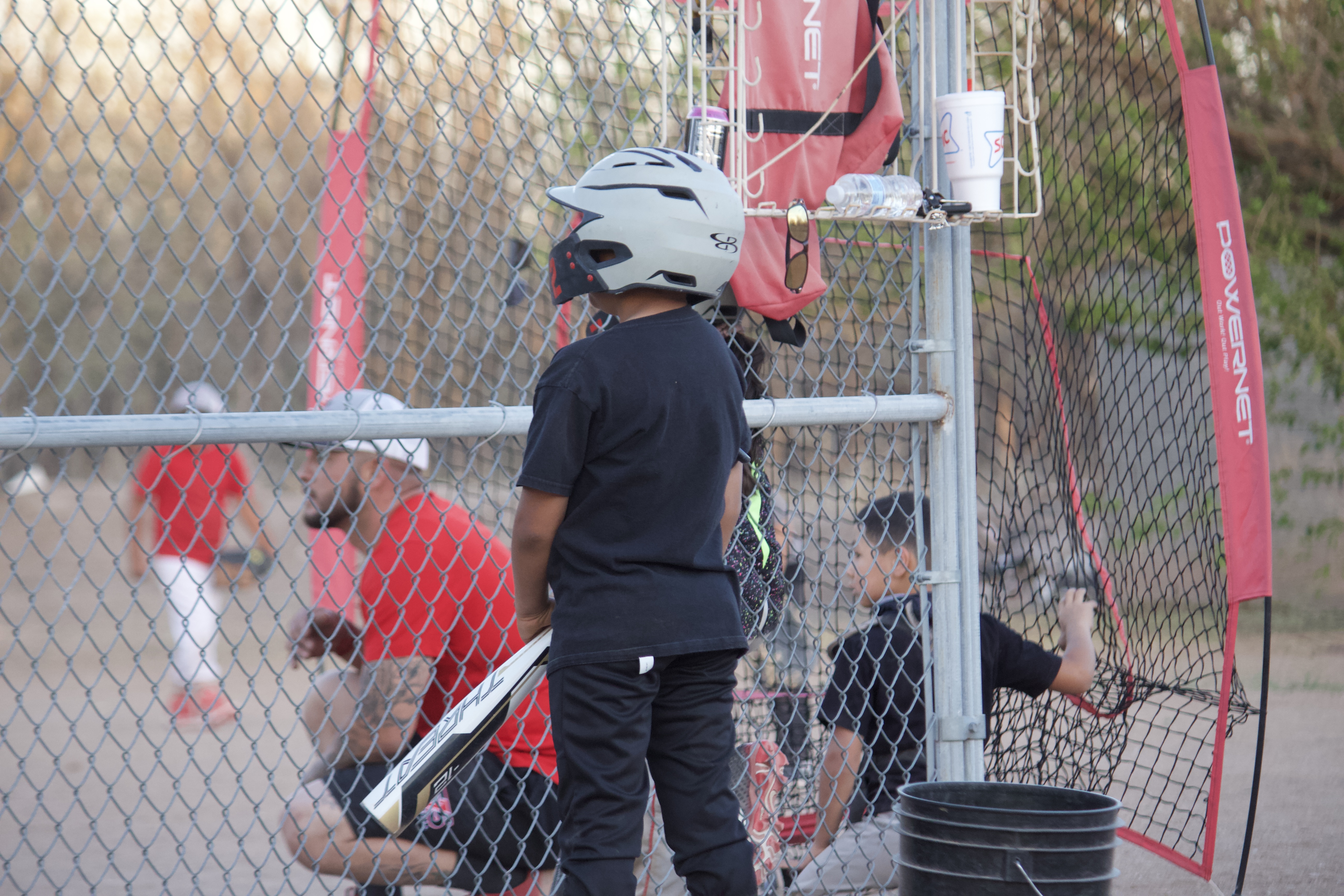 Thank you! I set the setting as you suggested and the pictures are way better! I haven't taken under the field lighting yet but I'm hopeful it will be great. When taking picture on the field during the day should I keep the setting but change the ISO?

Nice shot, once again!  How well, or quickly, can you read the display data in the viewfinder?

"Doctor told me to get out and walk, so I bought a Canon."
Report Inappropriate Content
Message 17 of 19 (239 Views)
Reply
0 Kudos
ebiggs1
VIP

"When taking picture on the field during the day should I keep the setting but change the ISO?"

Yes these are starting point settings. In good daylight you might want to change the Av setting to f8 for instance which would give you deeper DOF (depth of field). That means more of the shot will be in good focus.

The available light determines how much of a change you can do.  When you have great light as a sunny day the  EV can be set in many different ways.  But when you are in a challenging light like a night BB game the setting choices will be limited. Sometimes very limited. Sometimes impossible!

To help keep grain or noise low and acceptable you want low ISO numbers so use the lowest you can get away with and keep the proper EV.

Next step is to jump into Raw and DPP4.  Set the file format to Raw not jpg in your camera.  Download the free from Canon DPP4. You will upload your photos to DPP4 on your computer just like you are doing now without DPP4. The conversion to jpg is automatic.

Now you can mess with the controls on the right side of the screen. If you totally screw up your shots simply don't save it and then you can start all over or you don't have to do anything at all. But the ability to do amazing edits is there for you to learn.