Auto-suggest helps you quickly narrow down your search results by suggesting possible matches as you type.
Showing results for
Search instead for
Do you mean
Reply
Topic Options
olivette12000
Occasional Contributor

IMHO, don't waste your money.  They are not worth it.

What kind of camera mount is currently on the sakar lens? 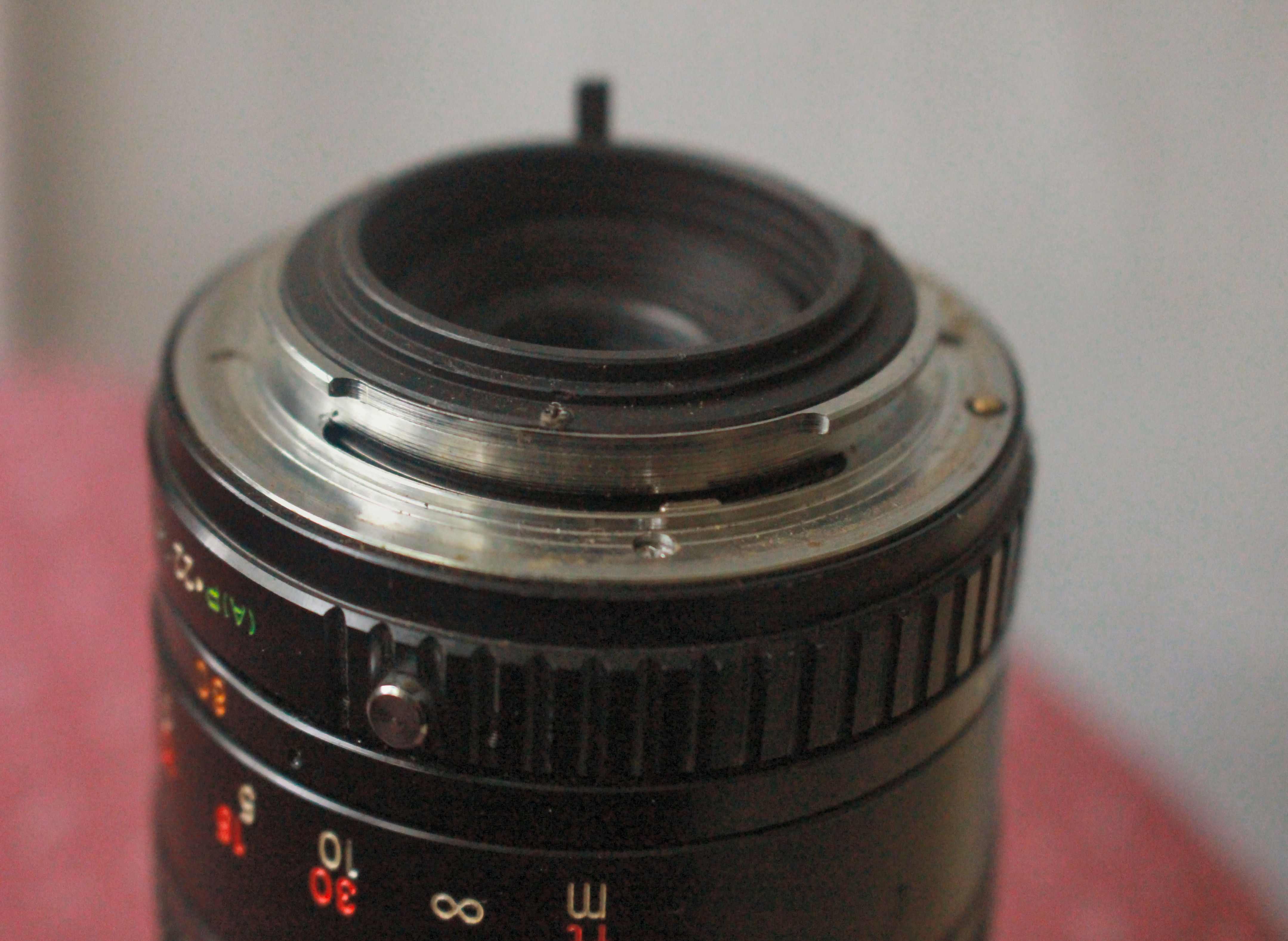 Good advice.  Don't waste your time, effort, and especially any money.  Judging from the little thingy sticking up out of the lens, which looks like an aperture control, that is an old "film" lens.

i would venture to say that 99.99% of all lenses designed and made for old film cameras would not work well on a DSLR.  Digital image sensors present a very different target compared to film.  Digital sensor assemblies have surfaces that can reflect light back up into the lens, which reflects back down to the image sensor, and back and forth like a tennis match.

The biggest difference between a "film" lens from yesteryear and today's "digital" lenses is that today's lenses incorporate special coatings to reduce and minimize reflections from the image sensor assembly.  Pictures taken with a DSLR using a film lens will frequently have "fog" and "glare" spots in them.

If you're looking to save money, then buyer beware.  I shy away from used lenses because they can contain mold and mildew, which can cross contaminate all of your gear.  My best advice is to not cut corners buying accessories for your camera.

"Doctor told me to get out and walk, so I bought a Canon."
Me too
Report Inappropriate Content
Message 5 of 9 (3,011 Views)
Reply
0 Kudos
olivette12000
Occasional Contributor

The Sakar lens mount looks to be a Pentax K mount for which adaptors are widely available (ebay).

If you have an old top of the range prime lens then with care and extra effort you can sometimes get very good results with a modern DSLR. But as Waddizle has pointed out there can be many downfalls. The aperture lever that sticks out on your sakar lens may need to be cut off because it can jam in some DSLR bodies.

It almost certainly isn't worth trying a cheap lens like a Sakar or any of the old pre-digital zoom lenses, although they can be fun to play with you just wont get decent results.

I doubt it is a K.  It looks like an FD.  K mount has a hump right by the aperture pin.

I agree genuine pentax lenses do have protective hump but a ot of cheaper 3rd party PK lenses don't have it.

Definitely not a Canon FD that is a breechmount with the female part of the bayonet fitting on the lens.