Auto-suggest helps you quickly narrow down your search results by suggesting possible matches as you type.
Showing results for
Search instead for
Do you mean
Reply
Topic Options
Highlighted
Mr_Arragon
New Contributor

problem with my canon 7d

hi,im using canon 7d about 1year.last week i have buy potrait lens 50mm.The problem is my picture is blur.It is because of problem with my autofocus or because of camera setting?

We need way more info to make any positive recommendation.

Most likely, you just need to learn to operate the camera properly.

The 7D is a fairly pro-oriented camera, with a fast, advanced, sophisticated focusing system. It can do a great job, when used right. But you need to invest some time learning how to use it, because it's also possible to use it incorrectly and get poor results.

I'd suggest you start by viewing this video, and the two others that follow, about a half hour each. These will give you a good grounding in the Canon AF system, in general... How it works, how to get the best out of it. These are older videos, made before the 7D was offered... but the general info is good and should be a big help to you.

Next look for tutorials specific to the 7D, such as this one at the Canon Learning Center.

On a crop camera such as the 7D, a 50mm lens makes for a nice portrait lens. It's a short telephoto, which is what's often wanted for portraiture. Plus, most 50mm lenses have large apertures - f1.8, f1.4, f1.2. These make it possible to heavily blur down a background to make the subject stand out and reduce or obscure distracting elements. 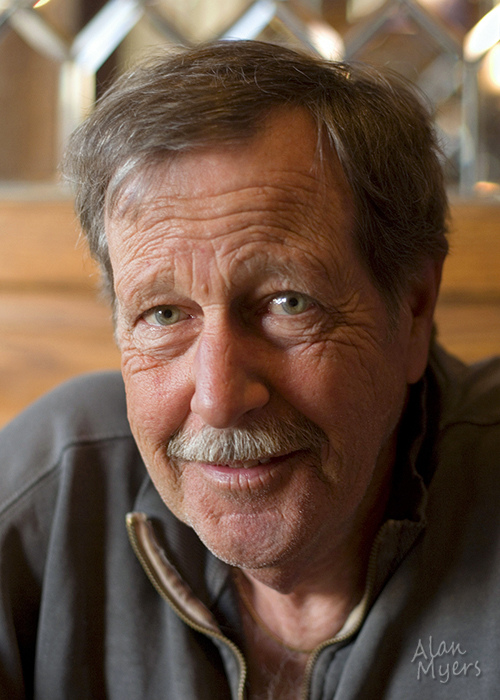 However, large apertures can mean very shallow depth of field. So you need greater precision focusing when working relatively close, such as is often done with portraits.

The particular 50mm lens being used can make a difference, too. For example, the Canon EF 50mm f1.2L has a very large aperture, which can lead to extremely shallow depth of field, and might be challenging to get just right without extra care. The Canon EF 50mm f1.4 or Sigma 50mm f1.4 can be a little more forgiving of focus errors, but not much! DOF can still be very shallow.

Here is another example of shallow depth of field used to blur down background and foreground elements (this time using a 300mm lens at f4), to draw the viewer's eye to the subject of the photo.... 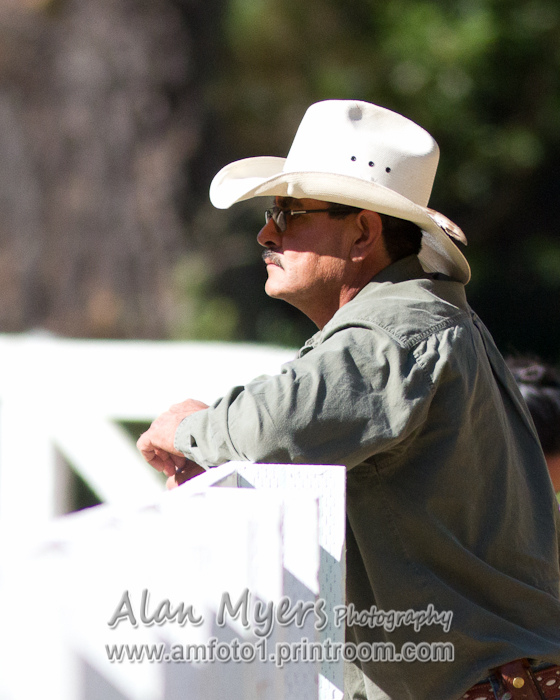 The type of focus drive a lens uses makes a difference too. The USM (Ultrasonic motor) of the Canon EF 50/1.4 lens is faster, more accurate and more consistent than the micro motor of the less expensive Canon EF 50/1.8, for example.

Also the conditions when shooting have a big effect on autofocus. If light is dim and/or contrast is low on your subject, autofocus can slow down, struggle or fail. There are various things you can do to help AF in more difficult lighting, such as using a flash or flash controller module (ST-E2) to emit a Focus Assist beam.

The basic mehtods and mode of focus and AF points you select can make considerable difference, too. First of all, using the viewfinder to focus is much faster than using the rear LCD screen in Live View mode. (These are actually are two entirely different systems of focusing.... use Live View for high precision, but only very stationary subjects.)

Then so long as a subject is stationary, use One Shot. This is usually fast and gives you Focus Confirmation once focus is achieved.

If a subject is moving,  you must use AI Servo focus. This method fo focus tracks the subject, but there is no Focus Confirmation (there's nothing to confirm, since focus is continuous).

Often it is best to manually select a single AF point, especially when using a large aperture that's rendering shallow depth of field. This is better than leaving it up to the camera to choose the point of focus from All Points, because Automatic AF Point Selection will usually choose the closest object covered by an AF point, which far too often can be incorrect. For example, shooting a portrait it might focus on the tip of the person's nose, rather than on their eye... leaving their eyes and the rest of their face out of focus due to shallow depth of field. Typically with portraits, it's most important to have the person's eyes in focus. So choose an AF point that's on the person's eye. Stopping the lens down a bit, not using a larger aperture than necessary, can help with too shallow depth of field, as well.

In most Canon cameras, 7D included, the center AF point is more sensitive than the others (all 19 points in 7D are pretty darned good, though). Using only the center point can help in low light situations, as well as fast tracking fast moving subjects. This was shot with a Canon EF 85mm f1.8, set to f2 aperture. The plane of focus was "placed" on his face. Notice how his hand and the wine bottle are slightly out of focus... 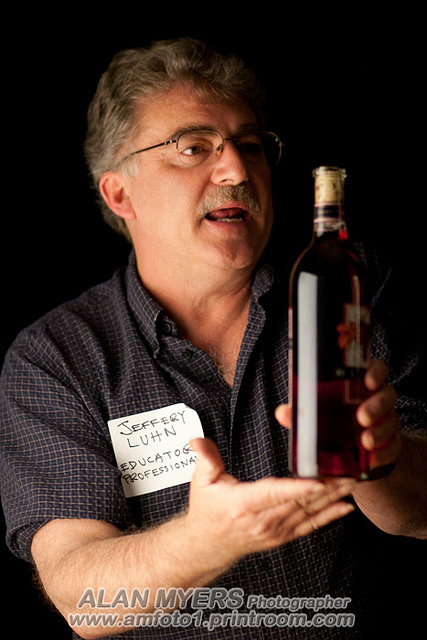 In both the second and third examples above, if the camera had been allowed to choose the AF point automatically, it likely would have focused the wrong place.... on the fence in the foreground in the second shot, and on the hand and wine bottle in the third.

All the above examples allowed for the use of One Shot focus, since the subjects were relatively stationary.

For moving subjects you'll need to use AI Servo, where autofocus will continuously track the subject, such as in these examples (both shot with 300mm lens, top image at f4, bottom one at f2.8)... 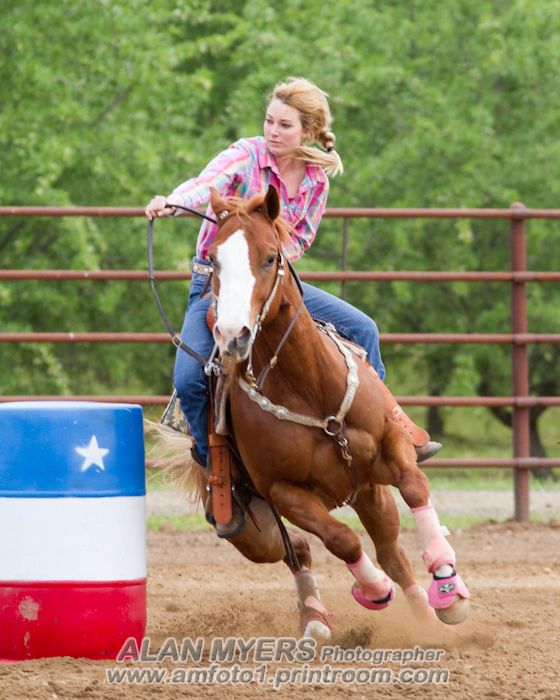 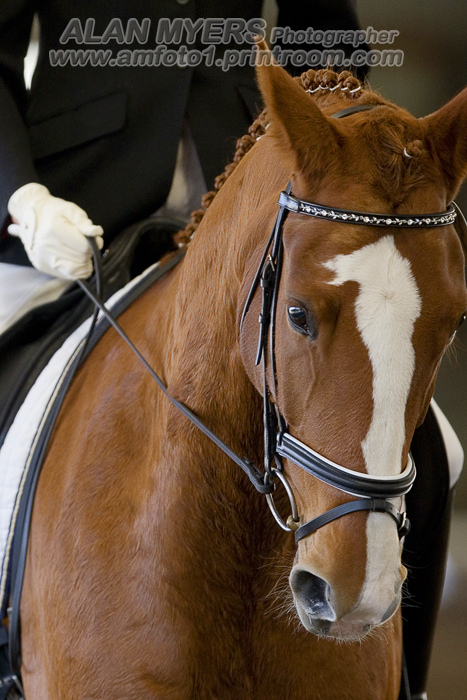 Using AI Servo with 7D, you have to learn to trust the camera and yourself. It can take some practice, shooting moving subjects. In time you will get a feel for how quickly your particular lenses focus on the camera.

In addition, a technique many sports and action photographers use is called Back Button Focusing, which helps put the photographer in more full control of what AF is doing, while continuing to use AF for it's speed and accuracy. (I use it all the time.... BBF can be used with One Shot and stationary subjects, too. It's just the most helpful for AI Servo, so often is more closely associated with sports/action shooting.)

Be patient.... Due to it's customizability and fairly advanced features, the 7D's autofocus system can take longer to learn to use really well. But it's very capable and can make you proud once you know how to use it!

We need way more info to make any positive recommendation.

True. That is without writing a book that may be mostly irrelevant to the issue. Assuming there really is an issue.