"If I am not mistaken, taken photos using RAW setting, I need not worried about photo/picture type. What am I doing wrong?"

I don't think you are mistaken as maybe misguided.  How you process the Raw file will greatly effect the quality.  Look at it this way, the camera is simply recording exactly what it sees at the moment with Raw.  It applies nothing of it own.  When you shoot jpg, the camera does it own thing to the photo.  It applies all the settings you set. It compresses the file.  Mostly removing empty space  but loss of data regardless.

Now the editing side of the process.  You can not view a Raw file. Remember it is simply data, ones and zeros.  What do we do?  Your editor, ie LR or PS, applies the jpg settings so you can see the photo.  This does not alter the Raw file in any way.

Now you must do the edits you want to make it all it can be.  This is good.  However, it can be bad if you do it wrong or don't understand how to edit photos.  That said, you can make the noise, which is always present, very much worse.  No matter what camera or camera brand you buy, it has noise. A 100% crop is going to show the worst of it.

There is no way no how the D2x made better photos than the 5Ds is capable of.  I own a D2x that I got shortly after they came out. If you wanted to stick with brand-N, they have the fabulous D3x.  Still viable camera even today.

Here's a couple of samples, but to really see the difference you'd need to look at the original RAW files.  I put those files in a Google Drive folder that you can view with this link:

This wine bottle was shot in my basement office.  I turned off the lights in that area of the basement (there is a single light on in the far side, but this corner was actually very dark (it doesn't look dark in the photo because of the exposure).

Note: the images appearing here in the Canon forums is a JPEG converted using Canon DPP 4 and resampled down to make the image only 1000 pixels on the longest edge.  See that link above to get the original RAW (.CR2) files. 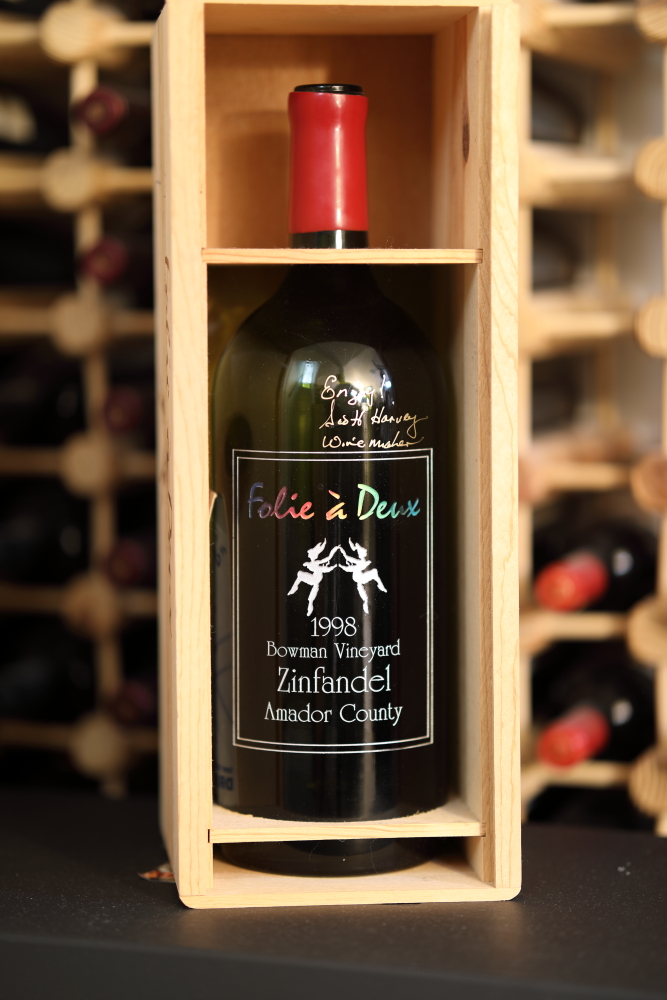 This next image was taken in the same light, but using ISO 6400 and 1/10th sec duration. 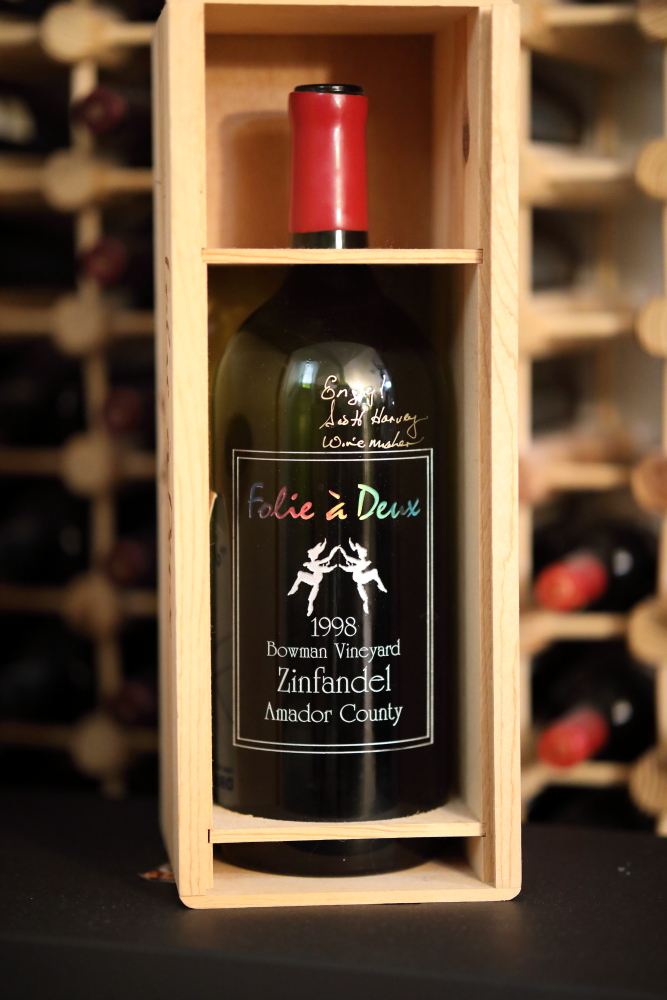 When you inspect these, you probably wont notice a difference.   There are two reasons for this.

(a) the images posted here are resampled to a smaller size.  Resampling to a lower resolutions ALWAYS results in less noise.

(b) the images went through a JPEG conversion (specifically Canon's own JPEG conversion as performed by DPP 4).   The algorithm will apply noise reduction when it does this.

This means when you just compare these two images, it will be difficult to tell them apart.

But if you download the .CR2 files and inspect them carefully, you'll notice some noise appearing in the shadow areas.

You can see the 5D IV really has no trouble using ISO 6400 in this situation and what little noise does exist at this ISO is easily cleaned out using de-noising tools (although it's such a low amount of noise that it naturally cleans up just from resizing and doing a JPEG conversion so I probably wouldn't even bother with special processing to de-noise it.)

There are some de-noising applications such as NIK Dfine 2, Imagenomic Noiseware Pro, Noise Ninja, and others... Adobe Lightroom and Photoshop also have pretty good de-noising tools.

But for advanced de-noising, I use a combination of building an edge detection mask in Photoshop.  Basically you clone the base layer, de-noise the cloned layer, then use the mask so that edges of detail wont be de-noised.  De-noising "softens" an image.  In flat areas, that's great.  But in high-detail areas, you lose detail.  Also, you tend to notice noise in flat areas and not so much in complex high detail areas.    So it works out.  You can also de-noise based on tonality.  When you combine the ability to denoise by tonality (you tend to notice the noise in areas of darker tonality and much less in highlight areas) with the edge mask, you can get a very good result.

If you want a camera SPECIFICALLY for landscape photography and don't imagine you'll be using it for general purpose photography, then the 5Ds is a great camera to have... especially if you plan to make large prints.  Just use a tripod, use ISO 100, use grad NDs as needed, etc.

If you want a general purpose camera that also does well at landscapes, then the 5D IV is a great camera.  It doesn't have the resolution of the 5Ds ... but is is a fairly high resolution sensor as DSLRs go.  (30MP instead of 50MP).