Auto-suggest helps you quickly narrow down your search results by suggesting possible matches as you type.
Showing results for
Search instead for
Do you mean
Reply
Topic Options
Highlighted
darkstar0155
Occasional Contributor

Hi everyone and thanks for taking the time to read and reply!

I am a amateur shooter (although i want to start selling shots i print up) who shoots primarily landscape and waterfall shots.Think mountain ranges for the most part.  Once in a while i will shoot some whitewater kayakers, but that would be few and far between.  I am currently using a T6S with the 24-105 F4 L lens.  Looking to get a used 16-35 F4 L soon too.

However, I am wanting to upgrade from my T6S first.  This has been a great camera to learn on, and I shoot 100% in manual mode.  However, i am wanting to move into a actual full frame camera.  Being not a professional, I dont want to break my budget (especially since i still want to get the 16-35 F4 soon) so looking for something used.

What is a good option to move up to from the T6S that is a full frame?  Things i love about the T6S are the wifi ability and the swivel screen.  I'de be willing to give up either of these though if the benefits are good enough regarding picture quality.

If the suggestion would be to pick up the 16-35 F4 before the new body, that is more than fine too!  Just unsure of which way i want to go with my next purchase.

If anyone is willing to give a quick idea of what would be a good full frame upgrade, and how it would upgrade my shots (outside of just being full frame) that would be extremely wonderful.

I can understand why you would want to upgrade from a Rebel.  I would recommend the 80D or 90D APS-C bodies.  The 7D2 is getting long in the tooth, but it is still a top choice.  If you really want a full frame, the 6D2 is a great camera, as was its' predecessor the 6D.

However, the single biggest improvement you can make to your images is to buy better glass. 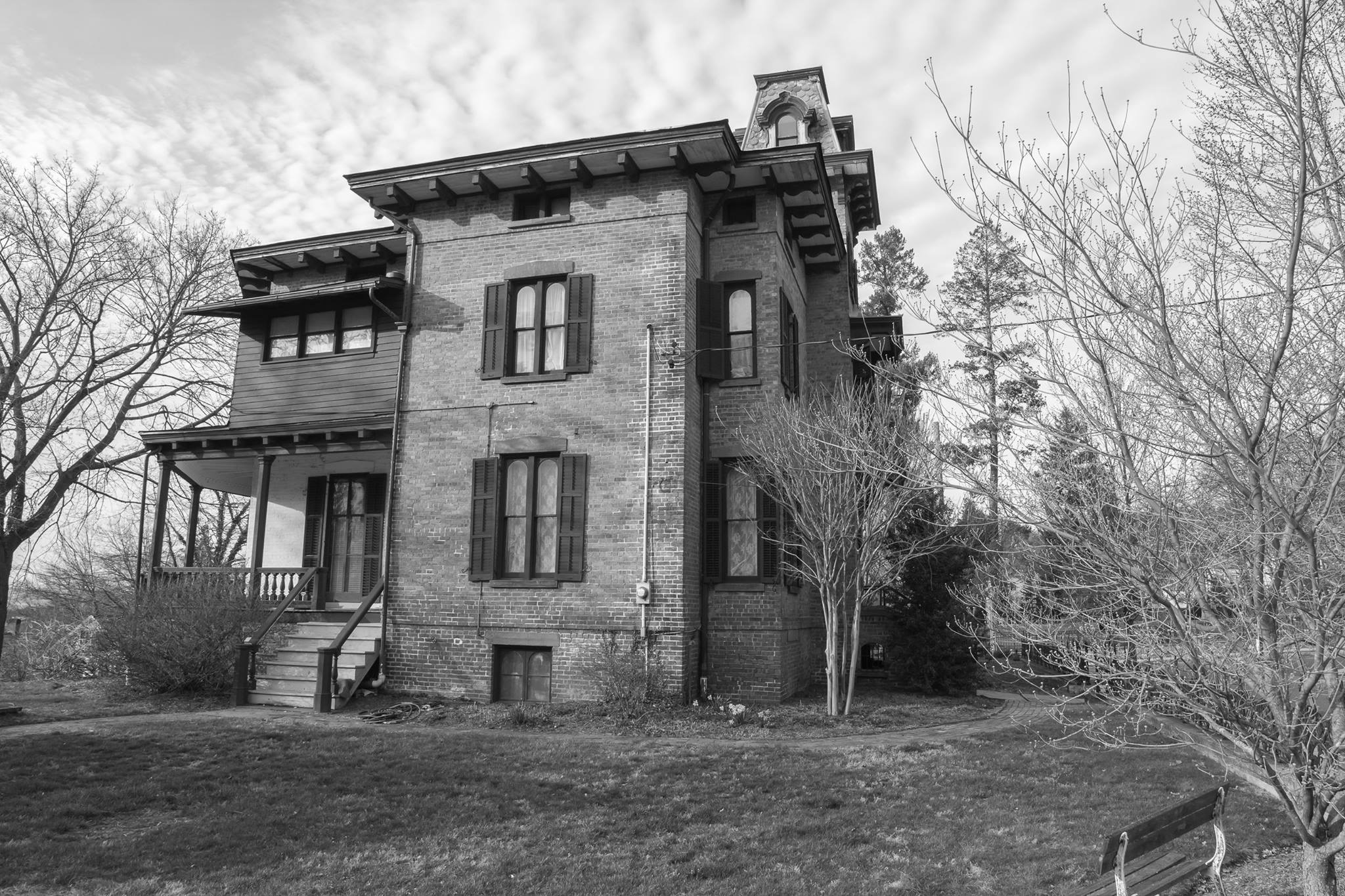 The above was shot with a Rebel T5 and a Rokinon 14mm T3.1 cinema lens, which is a fully manual lens..  The shot was handheld.  I love this lens.  After a little experimentation on a tripod, I found the hyperfocal setting on the focus ring.  i set it there, and everything beyond 3 feet is tack sharp.

I am going to suggest that you go for the wide angle L glass.  Do not buy it used.  Check out this price, with a one year warranty.

If it is more within your apparent budget than a full frame body, which you really do not need, anyway.  If you are shooting at low ISO, 400 and below, the biggest advantage that you get from a full frame is a wider angle of view, which can be very handy when shooting landscapes and cityscapes.

actually never really shoot cityscapes. Its 95% landscapes out in the woods and mountains in national parks etc.

The 16-35 F4/L is a great lens and it is slightly sharper than the older design 17-40 F4/L which is still a very good wide angle lens.  Both are great pieces of glass but if buying now I would go with the 16-35 HOWEVER pretty much nobody but you would be able to tell if you took images of the same scene with each lens and if you find a great deal on a 17-40 you will be very happy with it.  The deciding point may be whether you envision situations where you would utilize the IS capability of the 16-35 lens.

I would budget for excellent glass first and then upgrade to full frame later, a good lens will be used by you for a very long time.  At some point you may find a lightly used 5D4 at a great price which would be an excellent upgrade path given the direction you are taking.  After I decided I needed a second camera body for sports to go with my 1DX 2, I found a 1DX in mint condition with  only 16,000 shutter actuations at at a very reasonable price.  Higher end cameras depreciate fairly quickly in value, especially as many jump on the mirrorless bandwagon because they just have to have mirrorless

Thanks for the feedback.

Already when I upgraded from the kit 18-55 to the 24-105 F4 L the difference was astonishing regarding sharpness and colors. So I def understand the comments regarding upgrading the glass before the body (upgrade was more for the FF aspect than anything else). The prior poster linked a refurbished 17-40 for a really good price, cheaper than I was able to find used 16-35's for. But given that a lot of the time I will be hiking in the mountains with this lens, and sometimes footing can be questionable and with no place to put a tripod, the IS can be a big plus. (in general I usually try to find a spot for my tripod so I can use the liveview zoomed in to really manual focus spot on, and then use a remote shutter to shoot the pic when I don't see any movement in the liveview (with IS off), but that isn't always possible).

I think I am going to keep upgrading my lens' before I get a full frame body. And like you said, with many going mirrorless now, more and more full frame bodies will start hitting the used market. Plus all the lens' I am getting are really for FF bodies anyways so its not like I am wasting money.
Report Inappropriate Content
Message 5 of 11 (797 Views)
Reply
2 Kudos
Highlighted
ebiggs1
VIP

I totally agree with Rodger, you probably need a good photo editor to really see the difference between the 17-40mil and the 16-35mil but why not get the best in class? It is just that last little bit, the better lens gives your work that makes it.  However, the problem with my copy of the 16-35mm is readily apparent. I stopped using it.

I also agree it is better to upgrade glass in favor of camera.

You said you shoot manual most of the time.  This eliminates all the great new features a more current more advanced camera offers. All you need is a sensor and a shutter!  Other than that if you truly think you need to move to FF the logical choice is the 6D Mk II for a new model. Either the 5D Mk II or Mk III on the used market would be fine too.  Probably better as they are more rugged bodies. I would thoroughly consider the new 90D, too.

I haven't read anything on the Tokina. Since this is more a hobby+ (I don't do photography as a profession, but plan on selling my work that I print onto HD metal very soon) I was looking more at the canon lenses as they are a known quantity/quality and it was quicker research. I will look into the Tokina now as a comparison.

Also, right now I use DPP, but over the last month I have started to tinker with LR+PS and teaching myself the ins and outs of those programs.

If most of the improvements in a new body (outside of FF) are negated since I shoot in full manual, than that makes my choice MUCH easier. Plus I could sell that kit lens for maybe $50 lol.

I haven't read anything on the Tokina. Since this is more a hobby+ (I don't do photography as a profession, but plan on selling my work that I print onto HD metal very soon) I was looking more at the canon lenses as they are a known quantity/quality and it was quicker research. I will look into the Tokina now as a comparison.

Also, right now I use DPP, but over the last month I have started to tinker with LR+PS and teaching myself the ins and outs of those programs.

If most of the improvements in a new body (outside of FF) are negated since I shoot in full manual, than that makes my choice MUCH easier. Plus I could sell that kit lens for maybe $50 lol.

I have the 16-35mm f/4L and have been very happy with it. I consider it to be an outdoor lens, though, as I always buy at least an f/2.8 lens if I plan to use it indoors. OTOH, I rarely use a WA lens indoors, so the f/4 suits me fine.

Oh yeah, this would pretty much always get used outdoors. I almost never shoot anything indoors. I guess maybe for like a xmas party or something but honestly ide just use my phone camera for something like that.
Report Inappropriate Content
Message 9 of 11 (774 Views)
Reply
0 Kudos
Highlighted
ebiggs1
VIP

" I was looking more at the canon lenses as they are a known quantity/quality ..."

90% of the time I agree and I always go Canon if possible. However, the 16-35mm doesn't meet that " known quantity/quality".  Does it?  IMHO, of course, but seems to be by others also. Further as a general rule I consider no Tokina lens is worthy, the 16-28mm f2.8 is the exception. But it's you coin so spend it as you see fit.