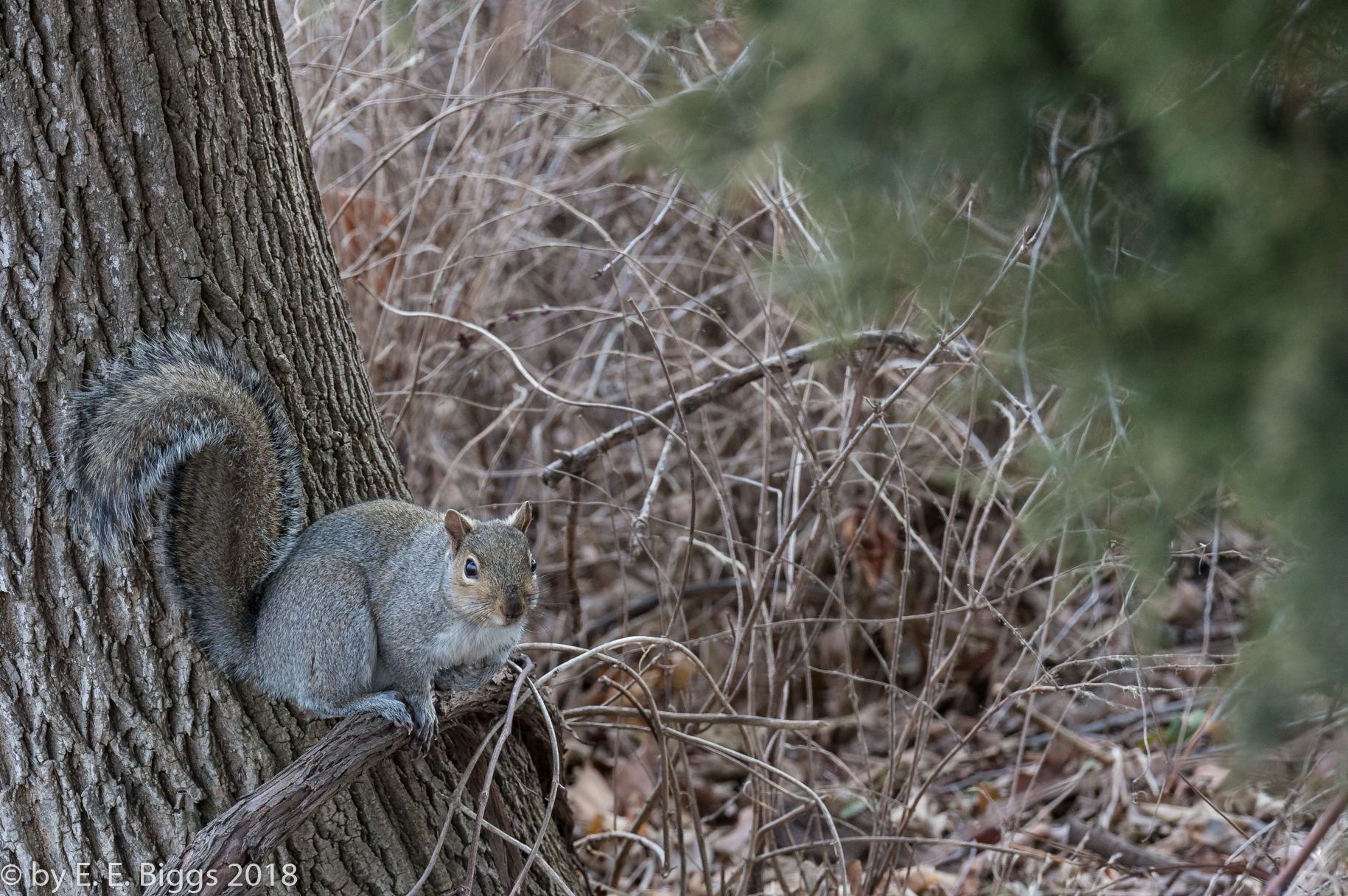 And what you need are cooperative deer like the doe below

This image was taken near sunrise on a cloudy morning in the Smoky mountains a few years ago when my daughter and I were hiking to Rocky Top and the deer were willing to share the trail but just barely.  It was taken with my 1DM2 and the 70-200 2.8 at the full tele end and the deer fills about half of the frame so I was pretty close.  It would have been better had I had the 1.4X mounted with the lens at the time. 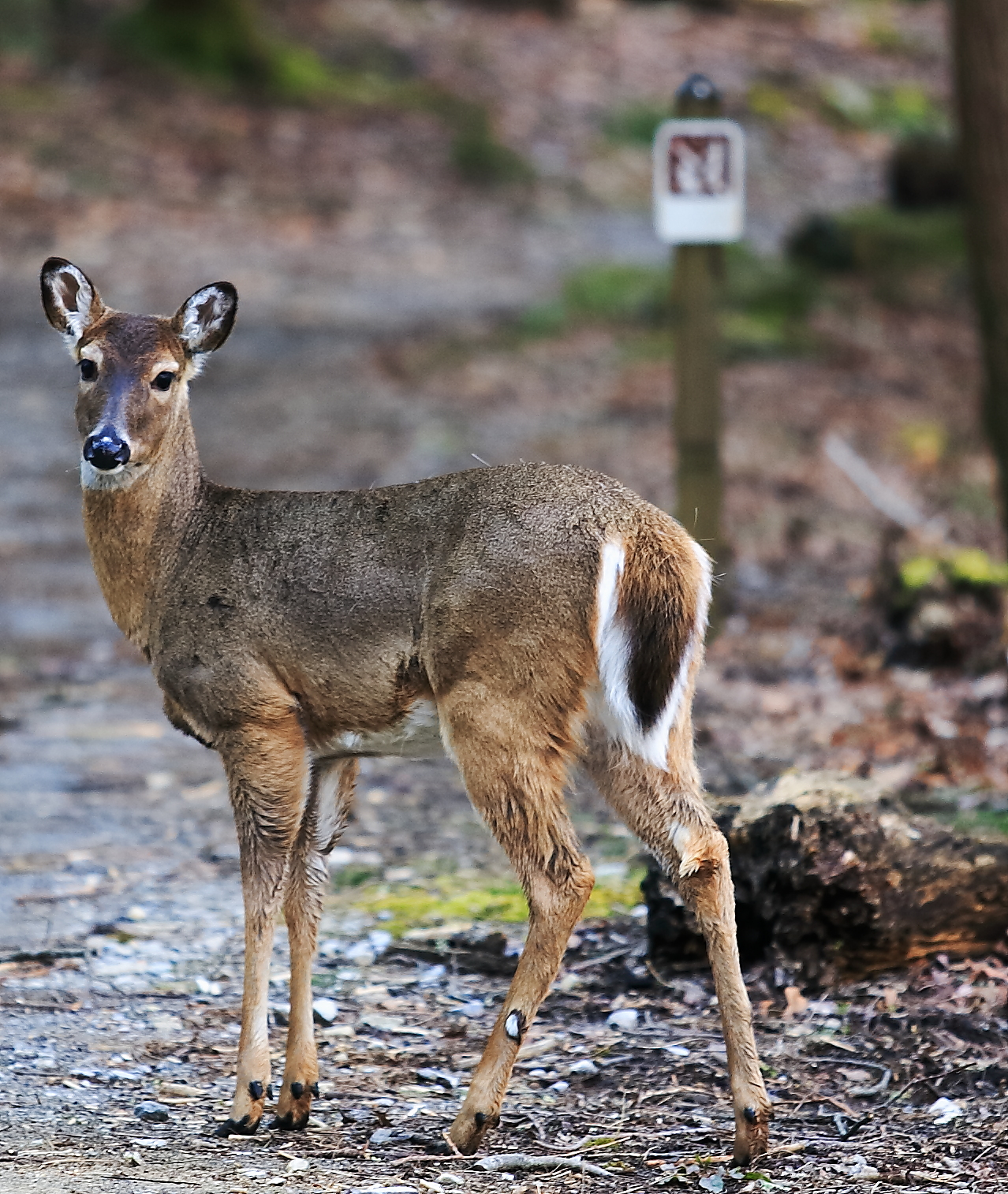 When I was three I picked up a rattlesnake and carried it around the yard for about 10 minutes before my parents convinced me to put my new pet back on the ground.  My mother told me later I kept petting its head and for some reason they didn't have the presence of mind to take photos of this experience.  I expect I took a few years off of their lives.  And the only snakes I pick up now are garter snakes that get in the way of the tractor when I am mowing 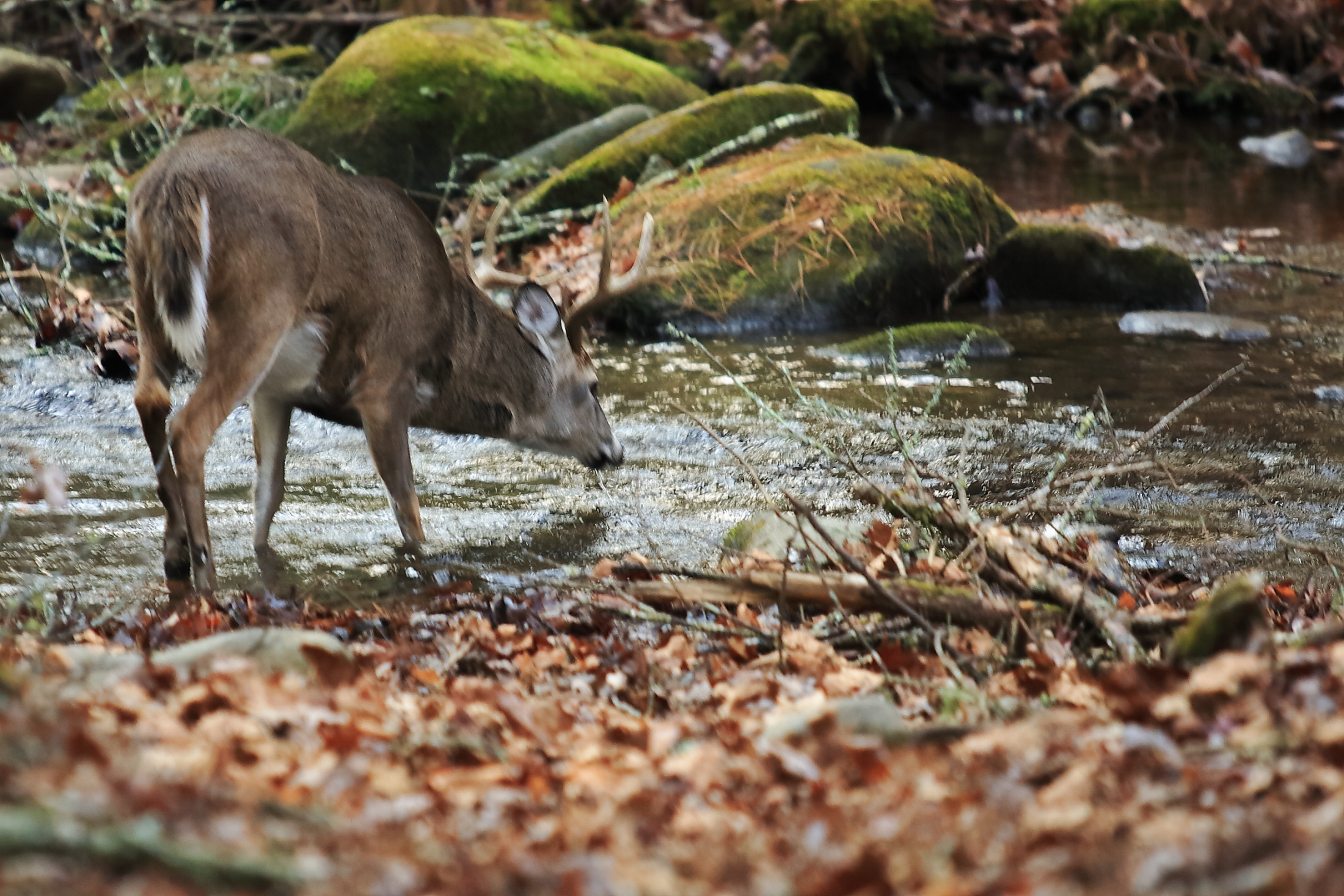 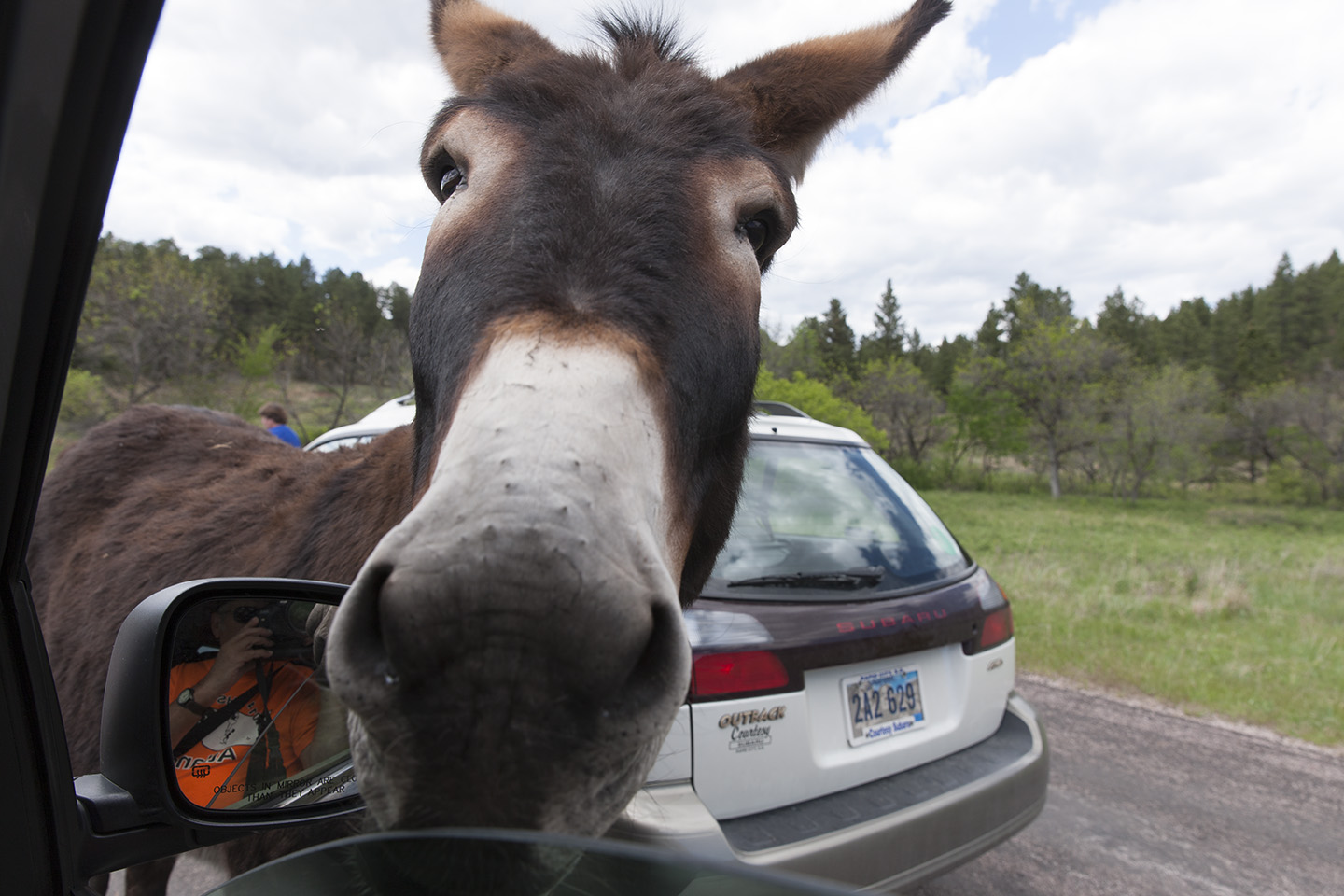 Here is another that had potential but the camera person didn't take full advantage of the situation.  This four legged native wasn't familiar with the rules of the road and created a traffic jam cruising in the wrong lane of Trail Ridge Road in the CO Rockies.  I was trapped too far back in the traffic and my daughter was too young to leave by herself in the pickup so I took the best opportunity I had leaning out the open door of my pickup.  The optimal spot didn't exist because it would have been hanging out in space over the far edge of the road but I certainly could have positioned myself better.  Too far away and I could have gotten a better lighting angle had changed my position a bit.  And every time I see those edge marker poles it makes me very happy that I am not a snow plow operator on this high mountain road!

This is very much like when I was coaching the young kids playing soccer that the perfect scoring opportunity almost never occurs but good opportunities do occur and you kids have to learn when you are in the right place in the zone between not-reasonable and perfect.  Human tendency is to either shoot too soon wasting the effort of having moved the ball down the field or waiting for an opportunity that never arrives and again wasting the effort.  The same is true of both soccer and photography.  And it is far easier to coach this important bit of behavior than it is to put this into practice

Too bad I have far more bad examples than good but learning is lifelong. 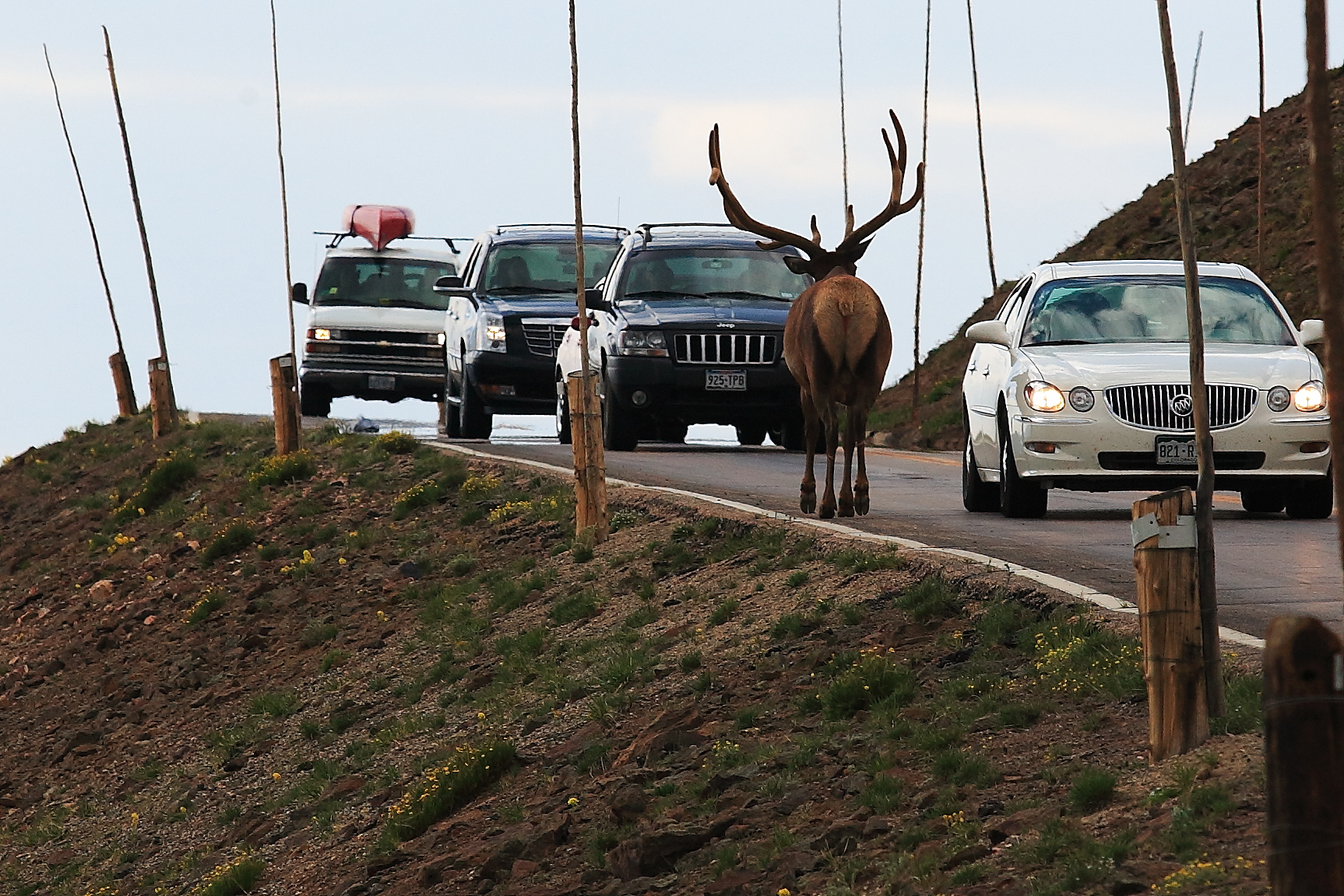 Wow!  Those are all fantastic shots.  Thanks for sharing.

My poor Trail Ridge road shot is a perfect example of why having enough focal length AND getting as close as possible is critical.  The crop below is the part of the image that covered about 20% of the sensor; had I been closer there would have been some really nice detail in this view.

The subject stayed in this postion for close to a minute and had I used some of that time to improve my postion and setup it would have been a much better shot.  One of the most difficult things I have had to learn is being willing to miss some opportunities in order to get the most out of the situation.  It does mean you will completely miss some photo opportunities but it will also increase the odds of acquiring some really nice images; being patient and putting some thought into the situation means you are now relying more upon thought and skill and less upon pure luck. 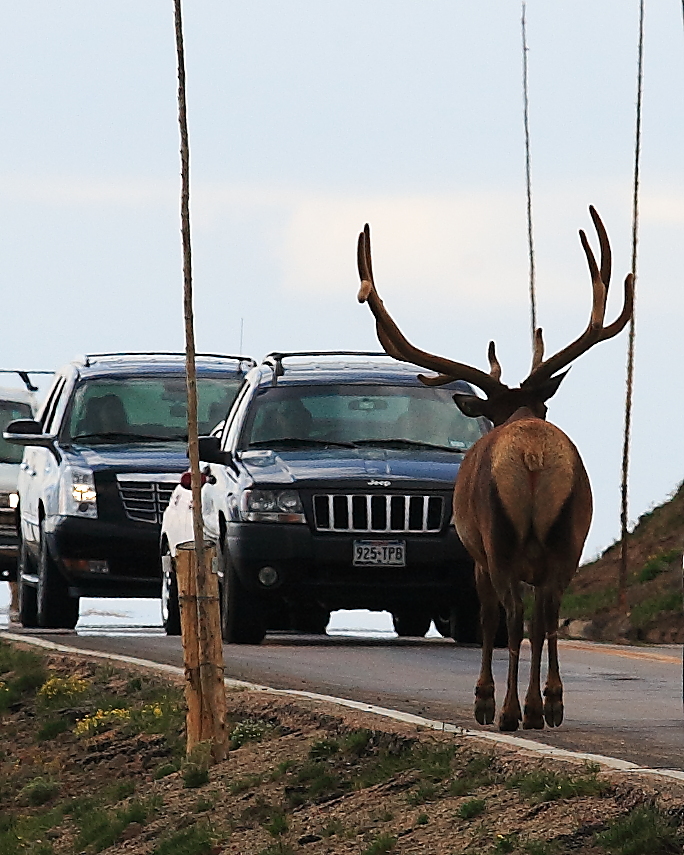