Auto-suggest helps you quickly narrow down your search results by suggesting possible matches as you type.
Showing results for
Search instead for
Do you mean
Reply
Topic Options
Highlighted
SadatHasan
New Contributor

My 7D is two years old. Photos look burnt. Disgusting ISO performance. What should I do?

I have compared with same aged or older 7D bodies. They perform significantly better.

I have upgraded firmwere. The highlight areas are always too much burnt that gives the feel of a 10 year old camera.

Is it possible to change the sensor? Will it make any difference?

How much it may cost to change the sensor?

"A skill is developed through constant practice with a passion to improve, not bought."
Report Inappropriate Content
Message 2 of 8 (5,382 Views)
View All (1)
Reply
0 Kudos
Highlighted
amfoto1
Reputable Contributor

Yes, it would be helpful to see an image with the EXIF info.

It's possible, that something is wrong with the camera.

However, it's also a good possibility that something is set incorrectly. Have you tried resetting the camera to it's defaults? Just from your description, I'd suspect Exposure Compensation set strongly to the plus side. That assumes you are using it in one or the other of the auto exposure modes, of course.

Or, it's possible that something is "stuck" in the camera's memory. You might want to try "rebooting" the camera. That's fairly simple to do with 7D. Turn the camera off, remove both batteries (the rechargeable and the small, silver date battery in the drawer alonside the rechargeable), turn the camera on, press the shutter release button once. It won't fire, but this  should drain all the remaining power in the camera and force it to do a "reboot", clearing the memory. Turn it off again, reinstall the batteries, then check the date/time. If it needs that needs to be reset, then you got a proper reboot. If not, start over but leave the batteries out for a half hour, or maybe an hour this time. Check the date/time again.

If neither of the above helps... you also might try reinstalling the firmware. Download a fresh copy from the Canon website and follow the instructions. It's easy, just be sure your camera batteries are adequately charged (if the camera shuts itself off due to a low battery in the middle of a firmware update, it can "brick" the camera, meaning it will need to go in for service.)

If resetting to defaults, rebooting and reinstalling firmware don't help, and we can't give you any helpful advice looking at one or a few sample photos, it might be necessary to send the camera in to have it checked. There might be a bad component, but it's unlikely to be the sensor or shutter. A bad sensor normally shows up as black stripes of dead pixels, or the entire image black. A bad shutter is normally a partially black image area. I'd mostly suspect a metering system that's out of whack.... or incorrect shutter speed... or incorrect aperture control.

I have two 4.5 year old 7D's, each with about 100,000 clicks on it, and they work fine. Hopefully we can find a simple solution to the problems with yours.

I'm guessing that a setting has been changed on the camera and that you're not aware of it.  Two years old is quite young for a camera like the 70D.

Sensors don't wear out in such a way that color fidelity is lost because the sensor is technically a black & white sensor with a color "bayer mask" applied to the front.  The mask causes certain photo-sites to be sensitive to "greens", others to "reds", and stil others to "blues".  When the data is read-out from the chip, it looks at the proportions of red, green, and blue to decide what color to apply to the "pixel" (in reality there is no "pixel" -- just a group of photo-sites with color masks.  Four are combined to create a "pixel").

When sensors do have problems (and they sometimes do) it's typically in the form of stuck pixels (there are ways to attempt to reset them and if they can't be reset they can be "mapped out" -- meaning the camera is trained to ignore the data from that pixel) and sometimes entire columns of photosites can fail.

ISO performance is, however, related to physical temperature.  A camera sensor which is physically hot will generate more "noise" than a camera sensor which is physically cold.  You'd likely struggle to tell a difference between two camera shooting in the same situation unless one was being heavily used and the other was hardly touched.  But if you compare a shot taken on a very hot day to that of another camera using the same settings but on a cold day, the difference can be quite noticeable.

If you're having problems with the fidelity of color or light performance, it is more likely a result of a setting that has been changed.

If you shoot JPEG images (instead of RAW) the camera will apply "picture styles" to the images as you shoot.  There are picture styles which alter color characteristics, some apply more sharpening, some less sharpening, etc.  This is one of the most likely settings that could be affecting your results... but this is something you get to set.  Other 7D bodies using the same setting would get the same result (age would not make a difference.)  If you shoot in RAW, these picture styles are not applied to the image -- however some in-camera processing applies sharpening or de-noising and this won't be applied to RAW images either.  That means a RAW image straight out of the camera can actually look worse than a JPEG straight out of the camera, but the RAW image has more adjustment latitude (it's intended that when you shoot RAW, you'll use the computer to control the adjustments rather than have the camera do it.)

As Alan suggests... it is possible to reset the camera back to factory defaults.  There are a lot of menus and it's actually somewhat easy to make a change to a camera, not realize it, and then not know where to go digging to set it back to it's original settings.  Using the reset options can let you correct everything -- even in places where you didn't know settings had been changed.

If you'd like, post a sample photo but make sure that the image includes the EXIF data (that's all the shooting information such as exposure info, etc. as well as other data such as the lens used, focal length, etc. and more) so that we can inspect it.  Every image that comes out of the camera has this data associated with it, but many computer processing programs will remove it.  It needs to be present because that's what we look at it see how you took the shot.

If you can post a photo taken with your 7D vs. one of the other 7D bodies ... that's even better!

If you truly need a sensor, it is almost certainly the single most expensive part of the camera, as well as requiring Canon technical expertise to replace.  My guess is that by the time you pay for the sensor and the labor to replace it you are well on your way to more than half the cost of the camera and are approaching the cost of a new camera.

"There are a lot of menus and it's actually somewhat easy to make a change to a camera, not realize it, and then not know where to go digging to set it back to it's original settings. Using the reset options can let you correct everything -- even in places where you didn't know settings had been changed."

After a long day's shoot, I found one of my 7D's giving me overly magenta images (the other was giving correct color). I was having to color correct every RAW file out of the one camera (about 1200 images). That was baffling for a little while, until I looked at "White Balance Shift/Bracketing" in the menu.

Somehow the camera had gotten set with WB Shift/Bkt skewed toward the magenta axis. I had not set it, that I recalled. Certainly not intentionally. But I rather doubt the camera set itself. So probably I accidentally bumped something while making other changes in the menu. "Stuff happens" from time to time, in the rush of the moment when shooting.

Another example, one of my biggest complaints has been with the Mode Dial on the top left of the camera being too easily bumped and changed on many Canon models. I can't tell you how many times I've ruined a few shots by this accidentally getting changed to an incorrect setting. Thankfully more recent models have a locking mechanism on the Mode Dial to help prevent this. 7D and 5DII don't have the Mode Dial locking feature, but can be retrofitted with it for a moderate cost.

The 7D is a fairly complex camera without a lot of preset modes, so it's pretty easy to overlook something and make an incorrect setting. With mine, I'd always look for a mistaken setting first.

But, of course, it could be some part within the camera failing, too. 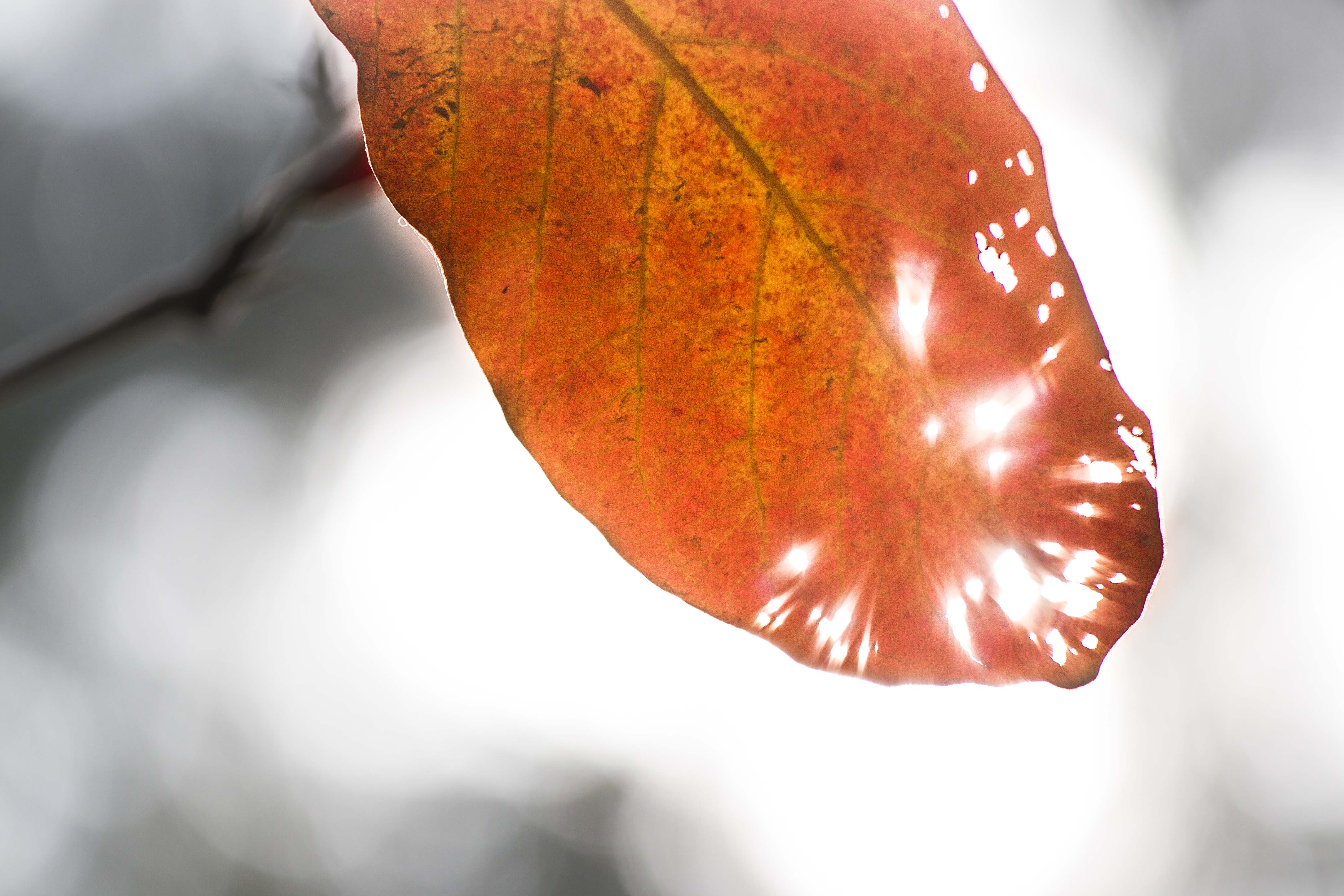 You used Evaluative (Pattern) metering, which is Canon’s ‘intelligent’ pattern-metering mode. This system works by dividing the framed scene into a series of zones, although these aren’t visible in the camera’s viewfinder. The amount of light is analysed in each of these zones, and the camera calculates an exposure setting that will produce a balanced result. Evaluative essentially applies its own exposure compensation; if it detects that the outside zones are considerably brighter then the middle zones, it might perceive this as a backlit subject and increase the exposure. Which appears that yours has done this.