OK, get along with life.  Get over it and just use it like any 5D Mk II.

@letbrofaswrote:
The EXIF says Canon 5D Mark II and the Shutter count of the camera is 8265 only..

Well, something serious (and probably conspicuous) must have happened to that camera, to cause the previous owner to go to the trouble of refinishing it. Like it fell into a campfire or had acid spilled on it.

One other possibility: Is it conceivable that there was once an aftermarket option to have the camera refinished that way? There may be applications for which you'd want the camera to be as non-reflective as possible.

My old 5D II didn't get much use and was also aroud 8000 shutter cycles when I sold it.  But that's because I had put-off buying a 5D series body because everyone kept telling me (for more than 2 years) that the 5D III was going to come out "any day now".   So after 2 years, I gave up and bought the 5D II.  Naturally witin 2 months, the 5D III came out <sigh>.  So I bought the 5D III... the 5D II got very little use (I didn't sell it immeidately... it was a backup camera) and then finally sold it.

But at 8000 clicks... it should look fantastic.  Unless it was really abused, it should hardly look like it was used.

I realize everyone is picking on the fact that the body doesn't have a Canon finish (not even close)... but I can't get over that grip.  I don't see any close-ups of the grip... but it looks terrible... like it was peeled off the camera and someone did a terrible job of sticking it back on.

Your question was, "Is this real 5D Mark II"

That answer is likely, yes it is.  But what you really want to know is, has it been refinished in some fashion?

Probably so. Without knowing what finish it is, no one here can say if it is good or bad.

It seems you have two options, 1, return it. Or, 2, forget about it and use it like you would use any 5D Mk II.

I find a lot of people have buyers remorse after a big purchase wondering if they did the right thing.

You are aware there are coverings available for Canon cameras?  They are cheap to buy at around $25 bucks.  If the finish bothers you a great deal go get one. 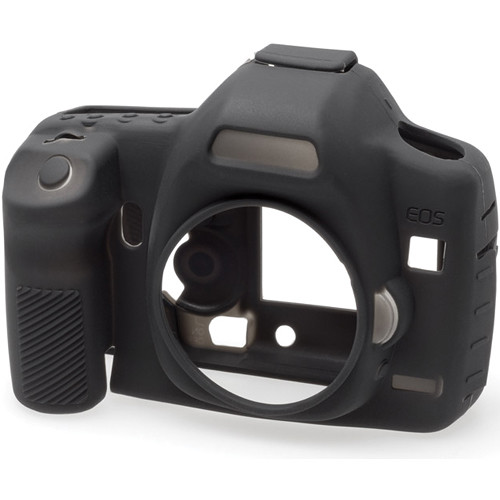 I'd absolutely avoid a cover of that design, Note that it appears to incorporate an extension of the lens release button. If the cover's position were to shift even a little bit, the faux button might snag the real one and keep the lens from locking in place. Given that we've heard numerous reports of lenses falling off even without a cover to get in the way. I would not be inclined to take the risk.