Auto-suggest helps you quickly narrow down your search results by suggesting possible matches as you type.
Showing results for
Search instead for
Do you mean
Reply
Topic Options
mysticpanda
New Contributor

You've asked to clarify 'what is the actual problem with the ovf'...

The problem is that with a given set of parameters being equal, if you take two shots, one using LV and the other using OVF, the focus will not be the same.  In MANY cases, there are (sometimes minor, sometimes more serious) back or front focus problems, even with the 'recommended' lenses.

I think the general annoyance is that the average user is not a lens calibration expert, nor should they be.  If a user buys a new decent camera and lens, you would hope they work straight away, without focus issues.  I understand that it's a good 'pro' function to make available on the 90D (AFMA), but is it really down to the consumer to ensure an approved lens works with the related body by following a tricky recalibration process?  I know the 90D is not unique, and other models have had the feature before, but I think it's becoming regularly discussed because it is the MAJORITY of the users having focus issues, not just the few.

A lot of the complaints relating to birds in flight are misleading, as I don't think there's anything wrong with the OVF in this regard, the AF seems to track fine to me, compared to other models, although maybe not as well as a 1DX/7D2.  I've never experienced focus or tracking issues, but the front/back focussing issue is obviously exaggerated in this type of application.  Regardless of the AF settings (similar to a manual 'case' on the 1DX), they make no difference whether optimised for focus/release, acceleration style etc, the problem is that the 90D continues as though it has gained focus, when in reality, and reviewing the shots, they are out of focus.

As far as BIF I am not complaining about my mistakes heck I have misses with my 80d as well that happens I understand out shooting the reach of my lens I am not going to have tack sharp images . Shooting in dark conditions at high shutter speed even wide open I will not have feather detail etc. I have been shooting BIF for a long while. My biggest issue is not being able to use 9 point focus if I choose that option at all (Won't try to focus ) unless very high contrast. And lens hang even with single point. With my 80D I can use all focus points if I am crazy enough to do it even against flat gray skies.I will post example tonight after I get home that happened today. I spotted and Eagle sitting in a tree it seen me at the same time. I tried to focus at launch 100-400mm is ii F7.1 single point focus ss 1/1600 bright blue skies. Focus hang. Point at gras focus acquired point back at eagle and focus is achieved and as you will see by example Eagle had already made to much space between me and it. So with that being said I of course don't expect to see feather details but I also don't feel I should have to go through all that to take a shot. Doesn't matter which lens is mounted either. As I stated earlier I have read many post with same issue . So thats why I was assuming not a flaw in my body but maybe something a firmware update could fix. Oh and I have first priority shutter focus on lowest setting which I dislike but did that for trouble shooting purposes.
Report Inappropriate Content
Message 22 of 53 (2,261 Views)
Reply
1 Kudo
CaliforniaDream
Frequent Contributor

Very strange.  I have an 80D and a new 90D and can't duplicate the problem.  In fact I have been very happy with the camera.   It would help to see an example with the EXIF data.  Without that you will continue to see doubters.  Three pages an still no examples.

You could think people are nagging at the AF performance of their new 90D’s when they are not enough versed in photography just to handle such an advanced piece of kit. And in many cases you would be absolutely right. Some people ask very stupid questions, indeed, demanding instant results. Some other people try real hard to understand why they can’t get results with the 90D’s, equal to what they got from their 80D’s.

A long time ago I learned in marketing school that for every complaint that makes it to your desk, there are 10 or more dissatisfied customers who do not voice anything to you, but will spread the word that you, your company, brand or product is no good. And they speak with the authority of first hand experience.
So if a score of people seem to have problems with the OVF performance of the 90D, percieved or not, there still is a real problem with the 90D.

Speaking for myself, I started out with grainy, slightly out-of-focus photo’s. I took the time to micro adjust my EF 100-400mm mkII, with and without the EF 1,4x extender mk III, practiced a lot with it and then I was OK.
For me the 90D is a real improvement over my 80D and 7d mkII.
I don’t shoot Birds in Flight very much, just because most of the time I’m too slow to react in the short time available. So this thing is not really a problem I lose much sleep over. But with all the reactions on the internet I think that someone at Canon should.

Ok as promised here are some shots from today. In the first shot is the Eagle that I spotted sitting when I was about 15 yards from it, pull up to shoot its launch from tree 100-400mm is II starts to focus and stops (Single point focus) as I mentioned I know the drill point at high contarts area focus works again and by the time I get on the eagle again its is pretty much out of reach of the lens so I understand no crazy detail  my complaint is A) Focus sometimes never happens at first on  birds in flight as you can see no complaints on sharpness once obtained and B) 9 point focus is just out of the question even on a day like today for BIF for perched and static objects Focus lock woorks as it should no matter how many points I turn on. I am also sharing a green Heron that on the 3rd shot I drifted off the eye so understand the bit of blur. These are pretty much straight ouf camera except  over crop so all can see detail again no complaints there Raw standard mode settings the same on all . Shutter speed 1/2000 ev+.67 ( I was looking for eagles I use plus EV to open wings up a bit against bright skies with auto iso)  Again I di not bother fixing color shadows etc for these examples They are just to show I do have experience with BIF I shoot at least 300 shots  a week and have been for a few years with my 80D . And again not bashing the 90D  just wondering does the AI servo AF need a firmware update to fix the issues I can reproduce over and over no matter the lens 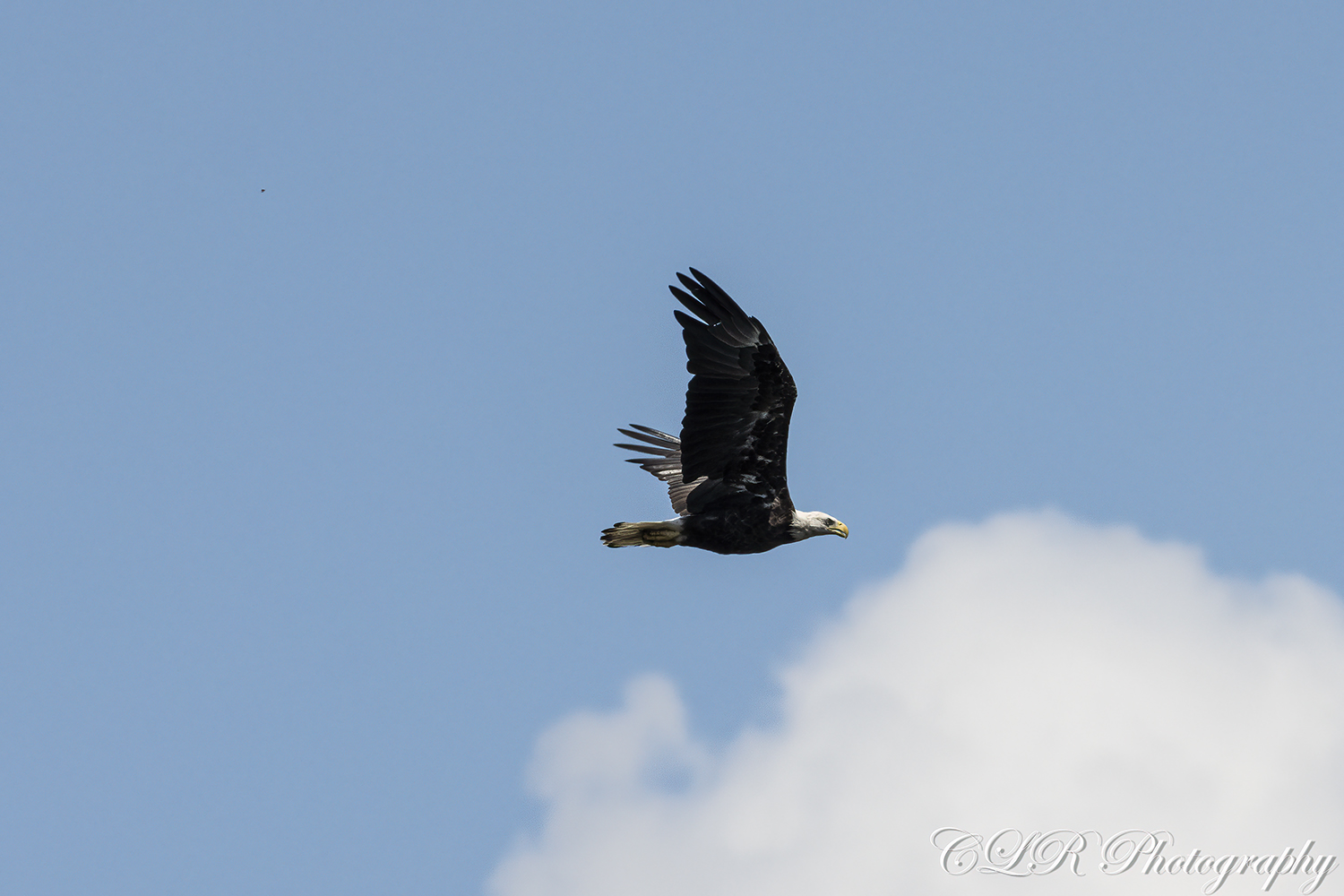 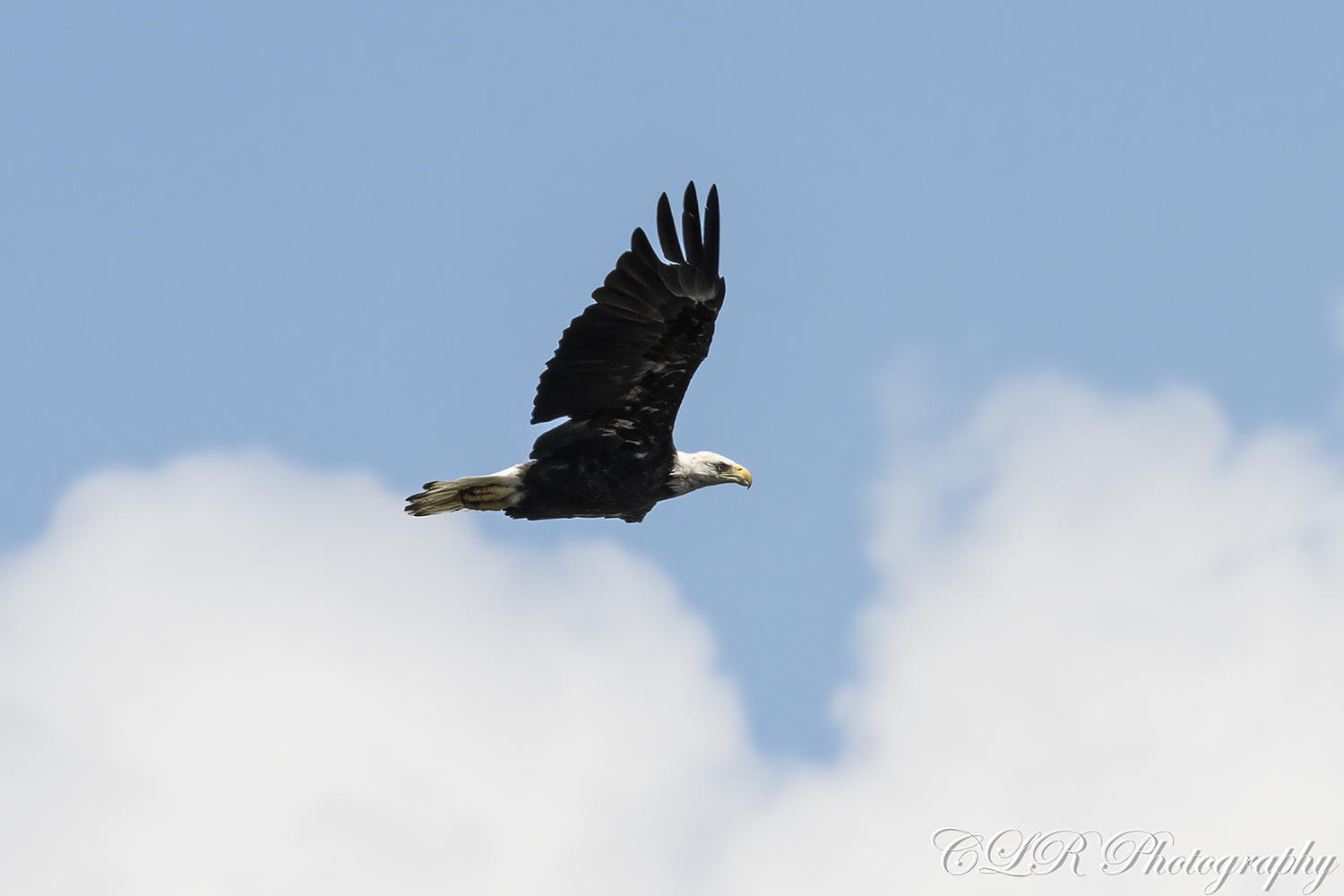 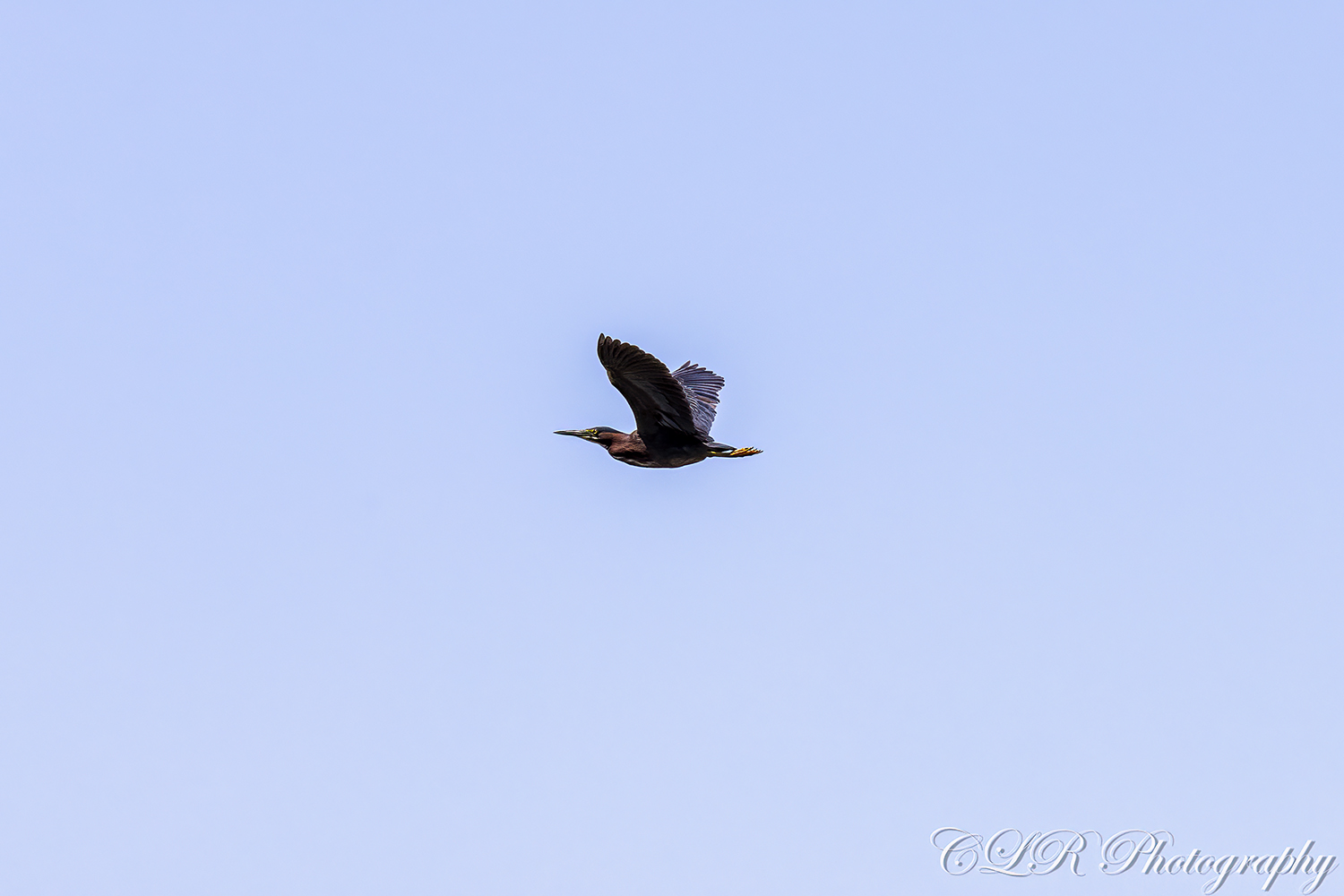 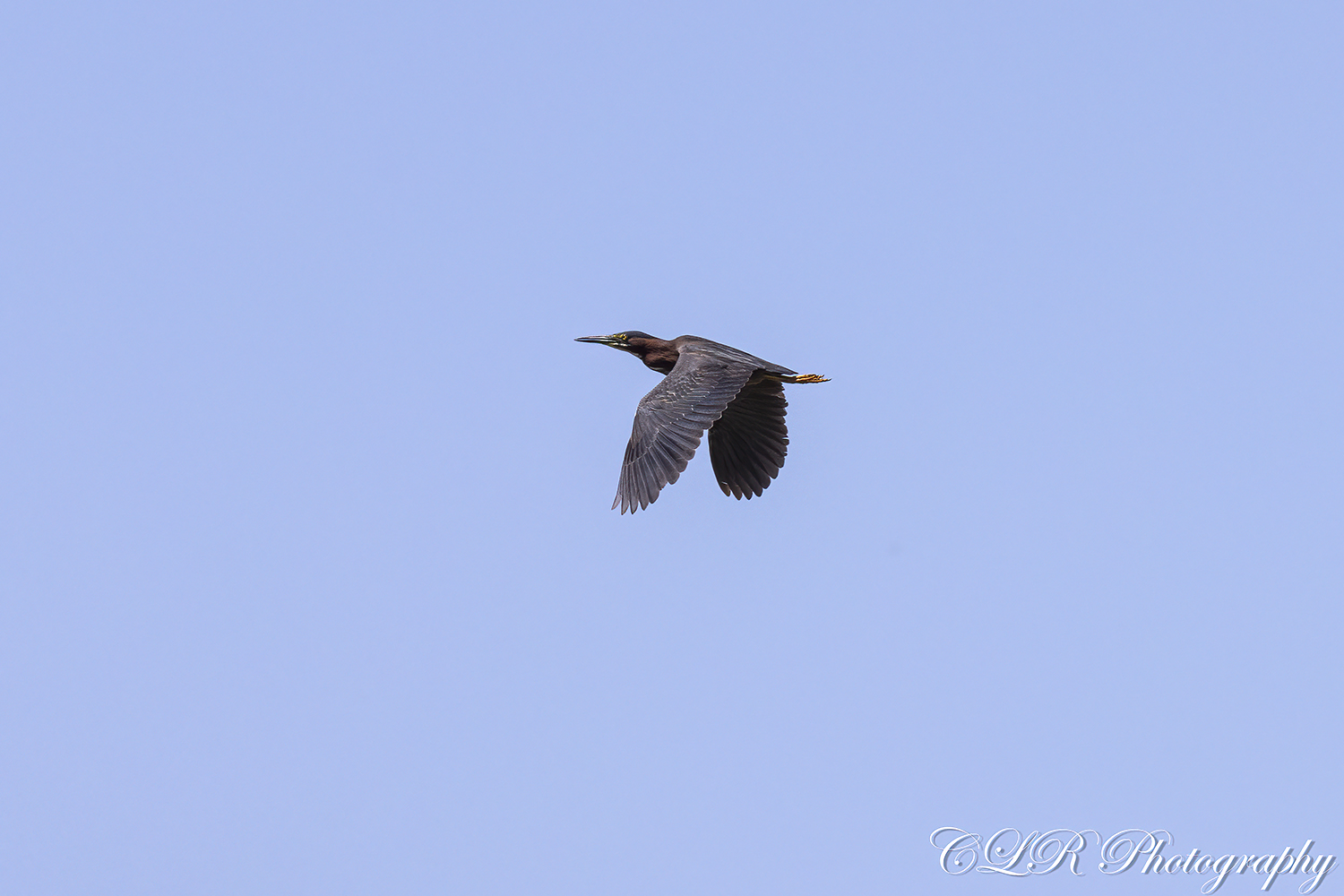 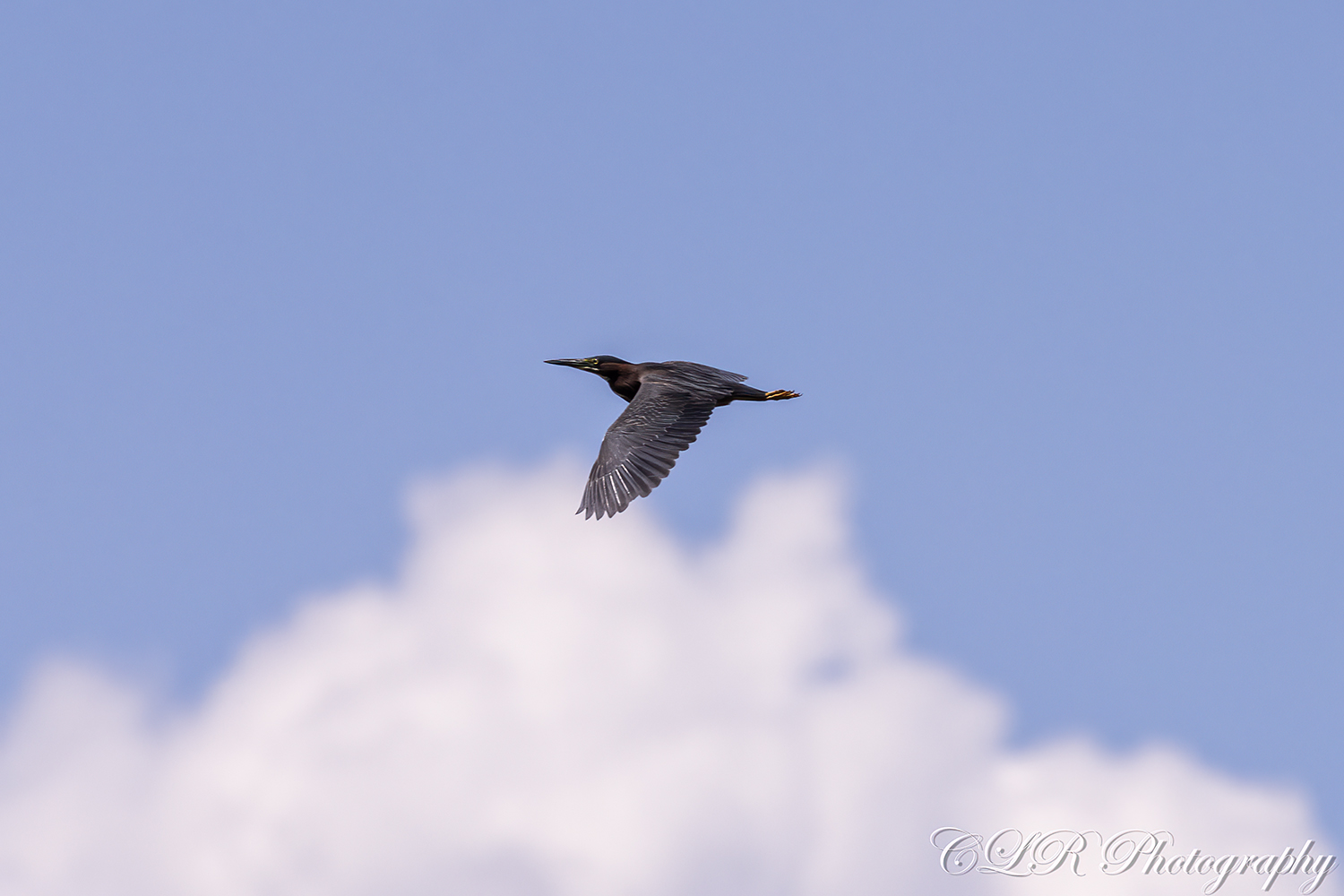 @Cross wrote:
I forgot to mention IS off hand held

I checked the first three images, and they are all cropped to 1500 x 1000.  Perhaps the severe crop was necessary to post them in the forum.  I cannot give a pass or fail on the image quality of your photos.  However, I am leaning towards no problem.

Again, I strongly [advise] that all of you contact Canon Support.  A user forum is not the best place to raise your concerns with Canon.

"Doctor told me to get out and walk, so I bought a Canon."
Report Inappropriate Content
Message 27 of 53 (2,113 Views)
Reply
0 Kudos
Cross
Occasional Contributor

I'm sorry for the confusion since I can not post a picture of no focus or as I call it focus hang I shared these to show well in case of the eagle as my post read I could not achieve focus as it was launching from branch i basically had to wake the lens up by pointing elsewhere and then find the eagle again. The pics were also to show I was talking about sharpness those are sharp enough given distance to lens plenty sharp and lastly yes had to crop to upload pretty much straight out of the cameara except crop.i will contact canon as suggested. Today I did a test using AI focus and no issue it only seems to happen in AI servo and in AI focus I could use 9 point all the way up to all points and no issue. Ai servo can only use single point without issue .
Report Inappropriate Content
Message 28 of 53 (2,077 Views)
Reply
0 Kudos
Cross
Occasional Contributor

I've had my pomt selection go wonky at times. So here's what I do to prime the pump as it were.

1. Please tell me you are using a fully charged CANON battery

2. Please tell me you have done a low level format so that your card is totally free

3. Turn on the camera

4.  Press the live view on and off to check that the mirror is working

5.  Press the AF point selection button on the top of the LCD and cycle through and make sure thay all work

8.   Don't forget to zoom totally out and SLOWLY start to acquire focus.. I rush it at this stage.

9,   Because I shoot AI Servo BBF my manual focus override is available .. on a glary day this REALLY helps.

10.  Forgive the baby steps talk here, but on some days, this is what I have to do.

11.  Also, make sure the lenses are firmly seated!!

Good Luck..  I guess my answer is that if you want a really great camera you have to spend $6K!!!!!